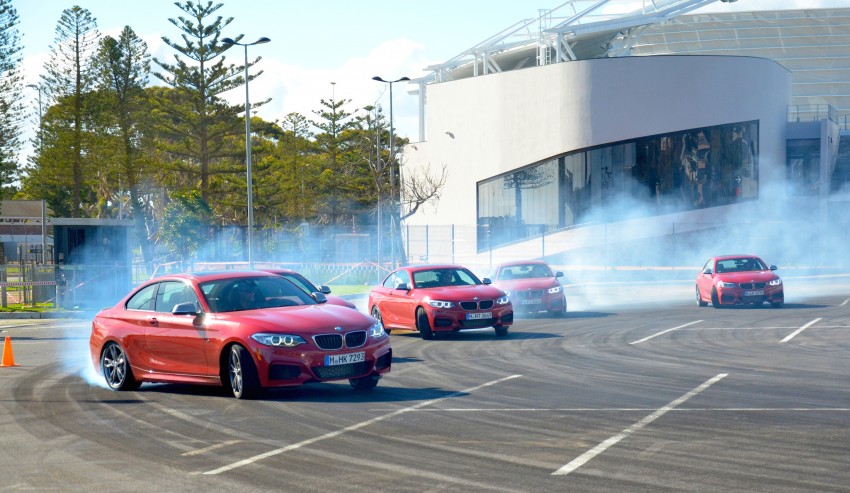 I was reading Opposite Lock early today and stumbled upon a story from this website Autoblopnik.com. Then I got hooked. The site is awesome. Like a parody of everything automotive published on the web. Their tagline is “Auto news to obsess over or die” I wish they published more but the stories I’ve been reading made my day. Especially the one at the bottom of this page titled “BMW Concerned About Douchebag Drift” Here are some excerpts from the stories I read:

The first story I saw was a re-characterization of the Jalopnik/Patrick George/ 2016 Camaro crash and its pretty funny. It does sound like the writer crushes a 6-pack and then starts typing but it makes me laugh:

“The incident occurred over the weekend, when General Motors, whose imminent and inevitable demise we used to cover on these very pages until all of our readers got bored and went away, decided to reveal the new Camaro not in front of a qualified group of real hard-nosed awesome-haired serious journalists, race drivers and 2600 subscribers like yours truly, but instead in front of a crowd of sycophantic knuckle-dragging beer-swilling spouse-abusing Camaro owners and a select few ass-licking hacks who could be counted on to nod like bobbleheads and tweet like #twelveyearolds as payment for their limited-edition numbered press kits and unlimited sushi, all of whom were predictably impressed on command as GM rolled out what was basically a fifth-generation Camaro with the edges sanded off. Assmankers.”

He then goes on to trash automotive journalism as a whole:

“Not that any of this matters, because automotive journalism is dead. What passes for reporting these days is nothing more than a bunch of mindless, soulless, dickless, useless fishdinglers willing to be led by the nose to the next first-class dog-and-pony show so they can gobble shrimp like trained clubbed seals while the poor blue-collar slobs who actually buy cars (and never the cars these useless platitards waste their time writing about) pick up the tab in the form of another thirty bucks per month tacked on to a car payment that they can only afford by working three jobs and having their wife strip on the weekends while they stay home with the kids.”

But then I saw the Ford GT article which I thought was hysterical. And it’s spot on:

“Ford announced an innovative new sales program for the upcoming 2016 Ford GT. Instead of delivering the actual car, Ford will wait ten years and then give buyers a massive pile of money.

“Most of the people who buy the Ford GT are simply going to park it in a garage and wait for it to appreciate, then sell it for five times what they paid,” said Ford spokesappreciator Sid Deet. “So why go to the trouble of actually building a car? This new program will save everyone a lot of time and trouble.”

But then I came to my favorite article of them all. Mostly because its ragging on BMW and how the company is losing touch with its enthusiasts which is of course my favorite topic these days. It’s titled “BMW concerned about “douchebag drift” and its pretty funny. I republished the article in its entirety below but you should go check out Autoblopnik and read their stuff. Its pretty good and really funny. And to a degree its pretty accurate. I’ve been talking about BMW losing touch with its enthusiasts for a few years now. That the M3 is for posers. That its the Ultimate Mom Machine. That they suck at racing and have only won three races at the Nurburgring in the past 17 years. But in a lot of ways Autoplopnik said best:

“In an exclusive interview with Autoblopnik, BMW revealed their concern about a shift of their core audience away from the brand, which they call “douchebag drift”.

“Ten years ago, we had the douchebag market locked up,” said BMW spokesperson Dew Shbag. “Douchebags and BMWs went together like pedophiles and Chevy vans. But today’s market conditions are changing the buying patterns of the typical douchebag, and we have to find new ways to attract them.”

Shbag says a surprisingly large percentage of douchbags have migrated to the heavy-duty diesel pickup market.

“This is a tricky one for us, because these aren’t your traditional douchebags,” he explained. “A typical BMW-driving douchebag will drive right up your ass and then cut you off close enough to peel the paint from your front bumper. But the douchebags buying trucks are content to drive in the fast lane at exactly the posted limit or the speed of the car next to them, whichever is slower. These are people drive a giant vehicle that provides less interior space than a Toyota Yaris, and if you ask them why, they’ll say ‘Because fuck you, you fucking Obama-loving communist fucking foreigner socialist, that’s fucking why.’ This is a less-sophisticated, more laid-back sort of douchebag.”

Shbag says that traditional marketing methods may not work to bring these douchebags back to the BMW brand.

“We’d love to get more of these douchebags interested in BMWs, but it’s hard to write engaging advertisements at a third grade reading level,” he explained.

BMW’s marketing position is under attack in other countries as well as America, though Shbag says this isn’t much of a concern for BMW North America.

“In Europe, we’ve seen douchebags moving to other German brands, most commonly Audi,” Shbag said, “and we consider the introduction of the CLA 45 AMG a clear move on Mercedes’ part to get a better foothold in the douchebag market. But we’re mostly concerned with the US and Canada, where Mercedes sells to social-climbing phonies and Audi appeals to former Volkswagen owners with delusions of financial solvency, so we’re not too worried about our German competitors.”

According to Shbag, BMW is looking at expanding into market segments in which douchebags are not a significant part of the buyer base.

“One strategy is to extend our reach by making products that don’t appeal to our core douchebag buyers,” he said. “For example, we recently introduced our first two electric vehicles, the i3 and the i8. Electrics tend to appeal to pretentious twats rather than douchebags, which is a new market for us.”

Shbag says that no matter what happens, BMW will continue to cater to its core market.

“Yes, we’re exploring new roads, but that doesn’t mean we’re going to abandon our loyal buyers, which is why we offer products like the ten-MPG X6M and the 428i with badge-delete option,” he explained. “Rest assured that now and in the future, if you see a BMW, you can be pretty sure there’s a douchebag behind the wheel.”