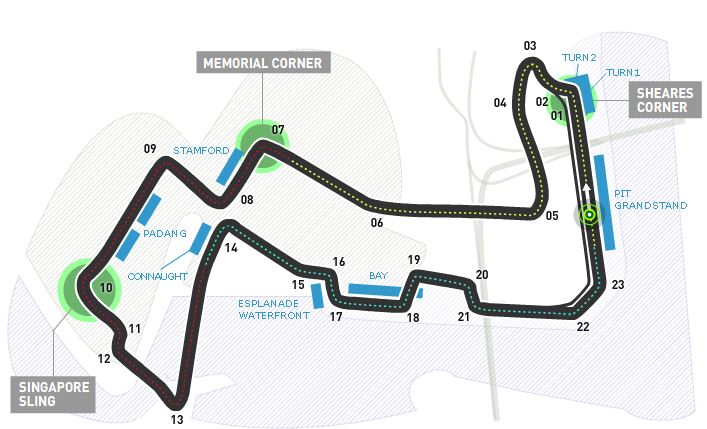 In 2008 Singapore had the honour of hosting the first night-time event in Formula One history. The inaugural Singapore Grand Prix proved a huge hit, staged on a new street circuit, with the city’s famous skyline providing a truly spectacular backdrop.

The race was announced in May 2007 following the agreement of a five-year deal between Formula One Management CEO Bernie Ecclestone, Singapore entrepreneur Mr Ong Beng Seng, and the Singapore Tourism Board.

It instantly established itself as one of the most dramatic and atmospheric races on the calendar. The timing of the event also means it can be broadcast at a convenient time for European television audiences as well as thrilling local fans.

Grandstand seating and hospitality areas lining the track can accommodate more than 80,000 spectators, while a permanent pit area with deluxe paddock facilities is located adjacent to the Singapore Flyer complex.

The event is more than just a motor race. “We envision it to be a national festival, and one that presents many opportunities for participation for everyone, both visitors and Singaporeans alike,” said Singapore’s Minister of State for Trade and Industry, Mr S Iswaran.