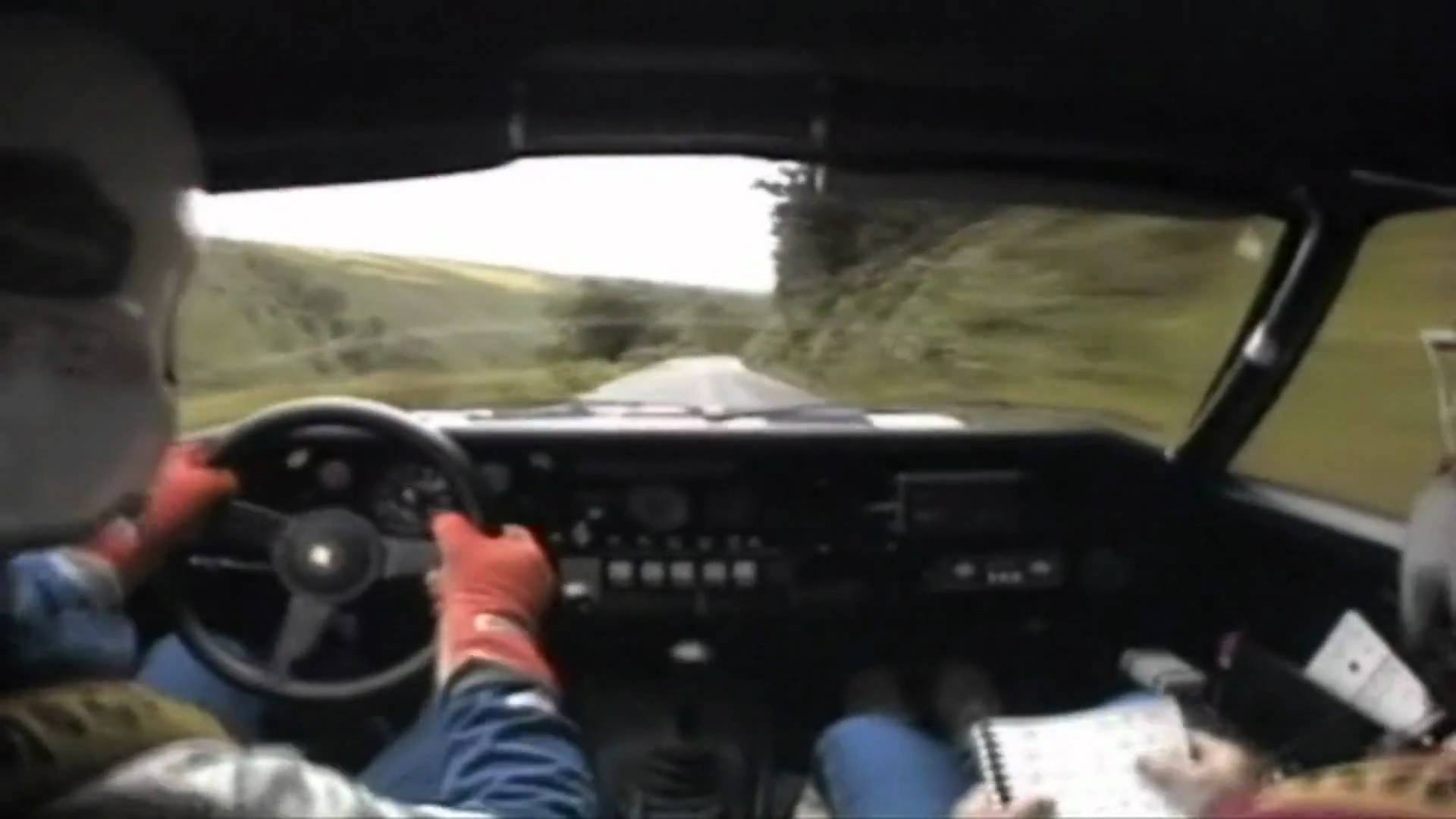 Rally co-drivers are as tough as they come. Fearless. They climb into the passenger seat of caged race cars and let a madman fly down a road he’s never seen before. They do this all the time. Its normal for them to take a jump in a car and never ever actually see the jump. They get used to the insane stuff.

But then there are stages like this one with Ari Vatanen and Terry Harryman. Its from the 1983 Rothmans Manx International Rally and at 1:55 Ari grabs another gear. He nearly loses it by nicking the stone wall. Terry stops reading and all you hear is “Dear God” Ari responds with something like “Talk to me” if you listen really carefully. But even more amazing is the rest of the stage which he finishes on a punctured front left tire!