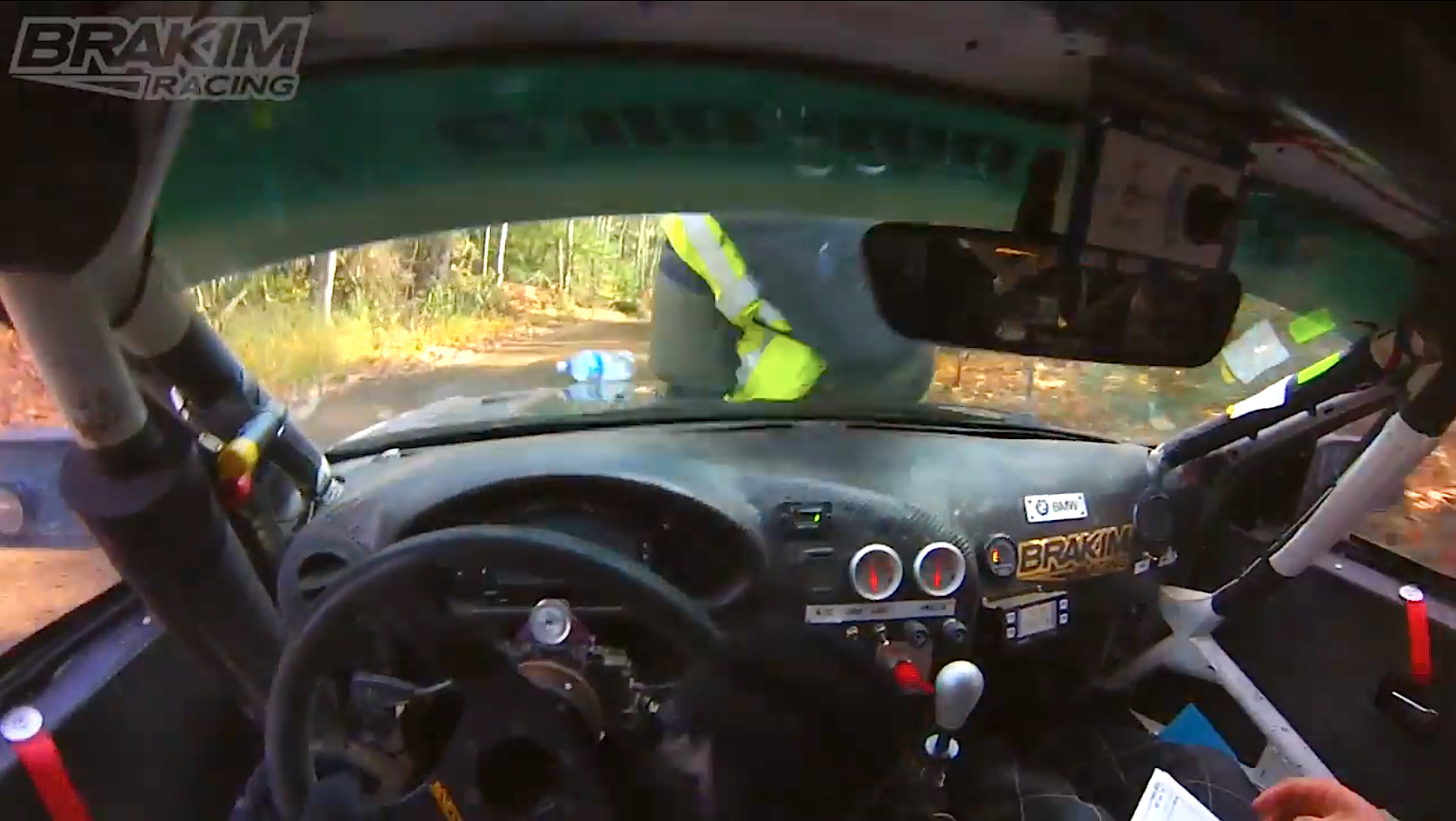 You see the guys lining the roads in European rallies, but rarely in the United States. Normally you pretty much have the stage to yourself. Occasionally you’ll come upon a triangle(hopefully) and then a few hundred feet later, a crashed rally car. But that’s about it.  It’s why I’m amazed that Matt Brandenburg was able to get his car slowed down in time. I would have never expected to see a person running into the road. And he’s running a pretty quick BMW E36 chassis with a built VAC engine,  a dogbox Samsonas 4 spd (also thru VAC), and Reiger suspension and pushing pretty hard thru the woods. I believe he was first in 2wd in the regional on the previous stage. 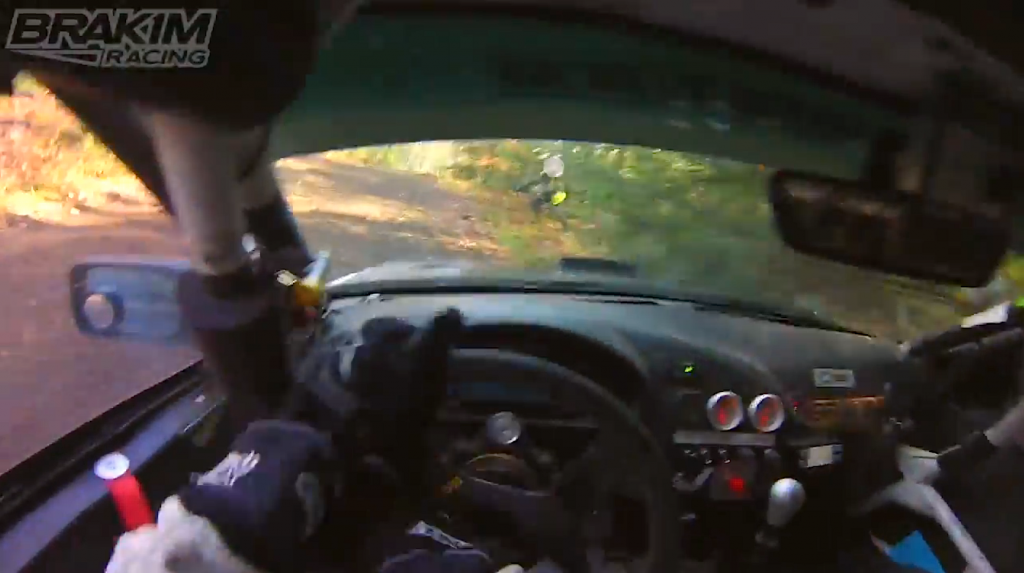 You can see how this started to go wrong the moment the camera man entered the road.  Matt went to the brakes and got it under control, but the guy ran DIRECTLY INTO THE PATH OF HIS CAR! The photographer had two options, run into the woods with lots of trees or run into the road where the fast race car is headed? Its almost had to believe but sure enough he runs right in front of the car.  If he had done NOTHING he would have been better off! 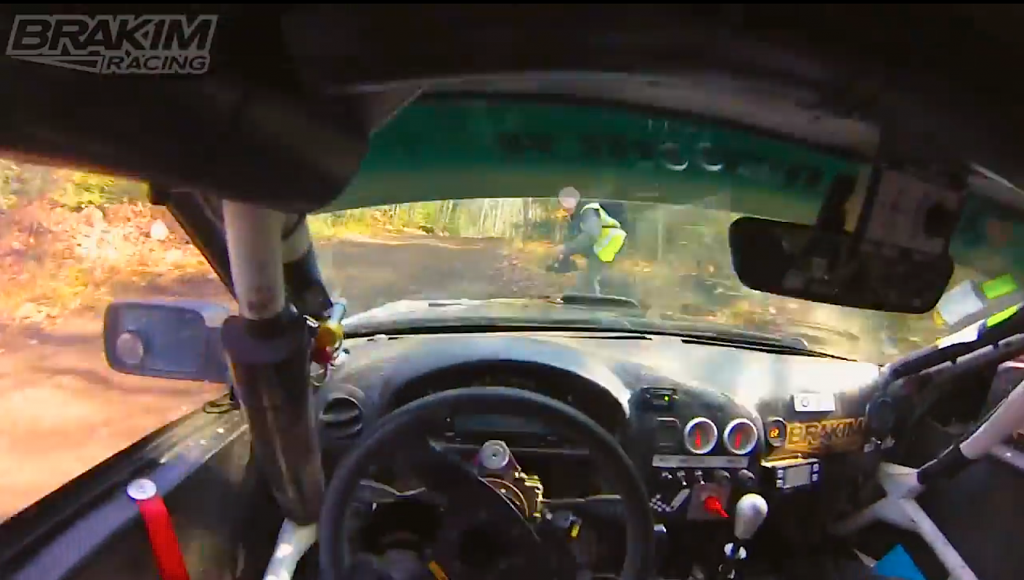 You know how this is going to end.  But luckily no one was hurt in this incident. A few minutes later though…  you should just watch it yourself before I ruin the whole thing. It starts off with a message from the driver Matt Brandenburg that relates to him releasing the video and the sanctioning body, but the good stuff starts happening around 8:20 seconds.

The video does raise some questions.  Should Rally America tighten its already ridiculously tight policy? I never see any coverage of the events other than from Ken Block or Subaru. The guy had the official video vest and was allowed to be out on stage, but what was he doing on the side of the road? Why did he run into the road and not deeper into the woods?  There are a lot of questions. Some people suggested answers but most center around chaperones with the photo guys while on stage. Or about a classroom education deal on not getting hit by race cars. Either or, one photographer made a bad decision and it probably means even less coverage of Rally America events.