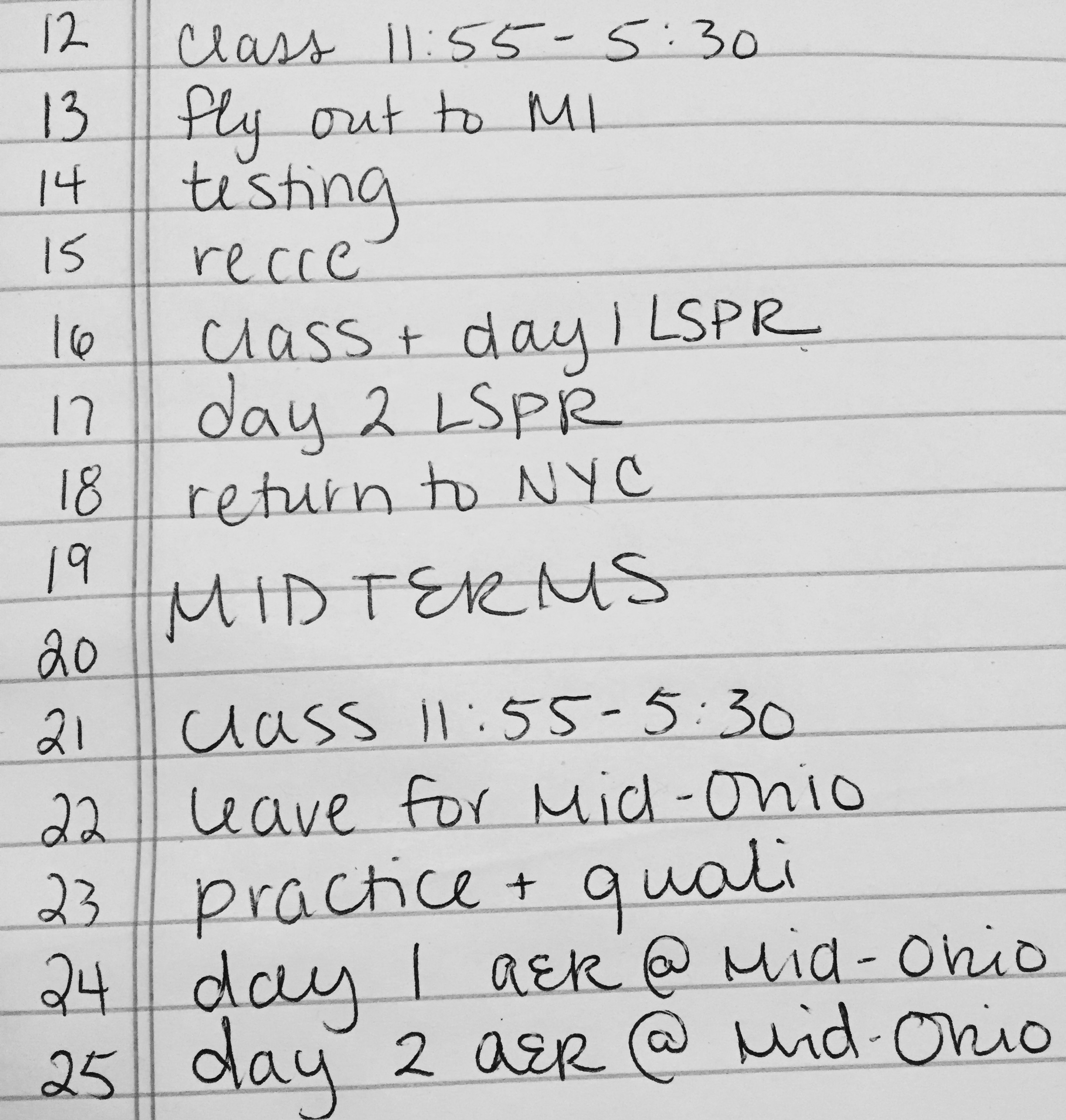 I’m a full time student at the New School, a private, small-for-NYC university, and I race. I haven’t yet declared a major, but I’m currently studying exclusively in social sciences: economics, psychology, and social science-specific math.

Racing isn’t a career; there’s no money in it. Being a public figure is a career. All the real money in racing is in sponsorships, contingencies, and publicity. It’s all in media.

As with any real form of motorsport, you will notice that people pay to do it because it’s what they love. A bunch have sponsors, but only a small percentage are getting enough from their sponsors that they aren’t paying to race. From there, an elite handful are actually making money off their sponsorships and exposure, to the point where they don’t need to work to sustain normal life outside of racing.

Even so, racing is a full time job. At “amateur” levels, the amount of correspondence with something race related is constant. In the last three years, I definitely haven’t gone more than two weeks without going to some sort of automotive/driving related event. I probably haven’t gone more than four days without taking care of some sort of business.

I had never wanted to race. And then I started ice racing, and then endurance racing, and now stage rally. I’ve gone from an obscure, yet immensely fun, form of racing to doing a national level season of rally next year.

Racing is fun. I’ve always had a competitive streak, but never wanted to do anything “to win.” Do I plan to make a career out of it? Not necessarily, but I can’t imagine my life without it. I’ve decided to be an opportunist when it comes to anything related to racing/driving. I’ve made an effort to be as involved as possible in any aspect. And while some of these opportunities have taken great deals of work and not simply fallen into my lap, I have tried to get a foot in as many doors as possible.

The chance that I end up doing something in the direct field of whatever degree I get is unlikely. But the social sciences are versatile. I will end up with a broader understanding of the world in different aspects, and these can be applied to most any field. Many people ask why I don’t take marketing or business courses, as they can be so useful in the racing world, but my school isn’t heavy in these fields. Hell, most of the people I know are in school for business and many who found themselves there did so because they didn’t know what they wanted to do. In addition, it’s so much a part of what I am involved with nearly every day that I would likely go crazy studying it as well. It may be difficult to keep up with both racing and school, but I’m definitely not ready to try and make racing a full-time job.  It’s something few are actually successful with.