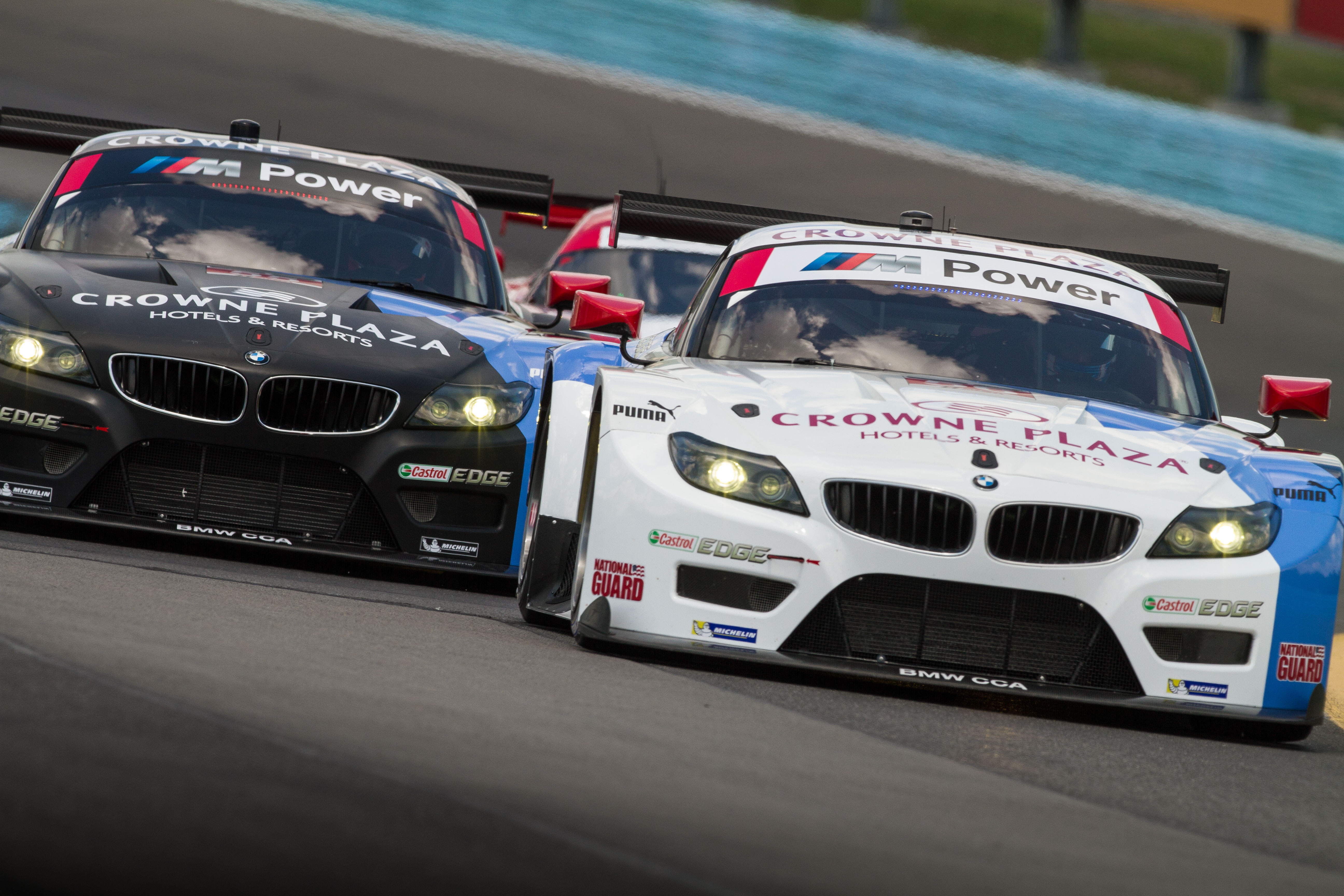 Canadian Tire Motorsport Park (formally Mosport International Raceway) is next up for BMW Team RLL as the 2014 TUDOR United SportsCar Championship makes its only visit to Canada for the July 13th Mobil 1 SportsCar Grand Prix.

The classic circuit northwest of Toronto, Ontario is one of the fastest in North America and a favorite of most every driver for its challenging, high speed corners. It hosted the Formula 1 Canadian Grand Prix eight times in the years between 1967 and 1977, a part of the most dangerous decade Formula 1 ever saw.

BMW Team RLL is coming off its most disappointing finish of the season (6th and 10th) after its best qualifying effort (1st and 3rd) at Watkins Glen International. The 2.45-hour race at CTMP has never been the most successful venue for BMW drivers, having failed to reach the podium in the last three season’s events. In last year’s American Le Mans Series race BMW Team RLL finished 5th and 6th. 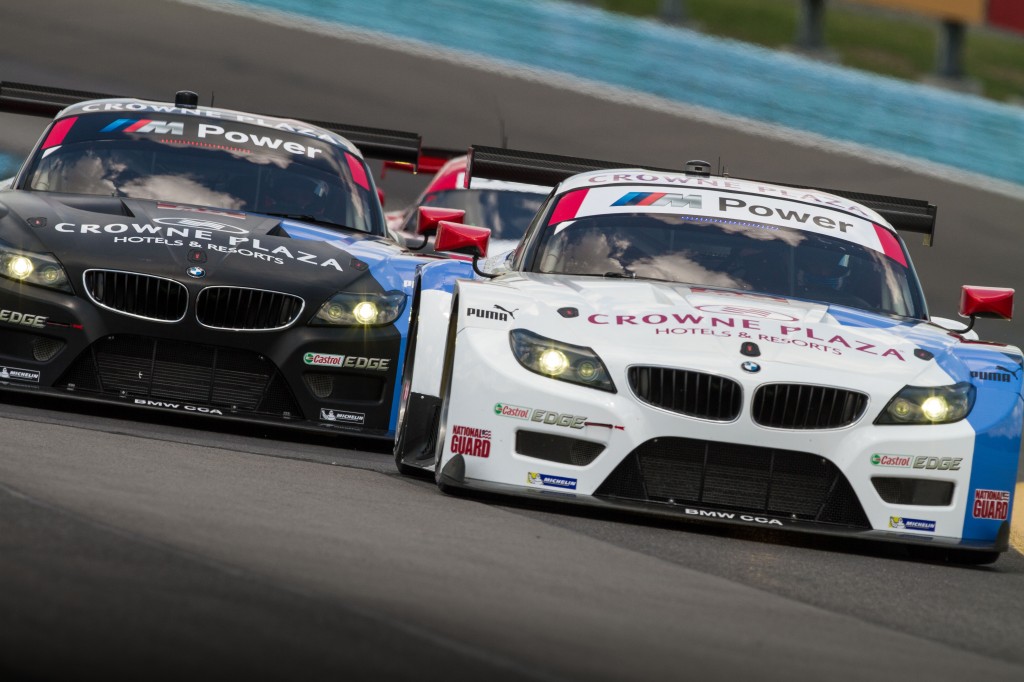 The WGI result (10th) has dropped Bill Auberlen and Andy Priaulx to second place in driver points standings. They now stand nine points in arrears of the leaders and the No. 55 Z4 GTLM is an equal amount back in the team standings. John Edwards and Dirk Müller stand 7th in driver points. BMW is third in Manufacturer points, only four points behind Porsche and five points from Corvette.

“We’re looking forward to going to Mosport which is one of my favorite tracks although, frankly, we haven’t had much luck there in recent years,” said Bobby Rahal, Team Principal. “Obviously with that long, long back straight, regardless of how fast you are going through the corners, is really the major feature of the track. As always we’ll do our best and see if we can manage to avoid the problems that occurred at Watkins Glen and stay with the lead guys. Obviously the Corvettes have something over everybody; they’re clearly the dominant car this year with the new chassis, but as always we’ll give it our best shot.”

Bill Auberlen, driver, No. 55 Z4 GTLM – “The first half of the year has been amazing.  Andy and I have had great success, and until the last race we held the championship lead in the points.  The GTLM class is so competitive that on any given weekend anybody can win and the points chase is so tight that we need to keep pushing and fighting for the top step of the podium.  We are going to do our homework before CTMP and come out ready to win.  It’s great to know that when the going gets tough that you can rely on the best in the business with the BMW Team RLL guys and their commitment to win every race.”

Andy Priaulx, driver, No. 55 Z4 GTLM – “Again this will be a new track for me and with the sessions being so busy it will be tough to get many quality laps before the race. With this in mind my preparation will be even more intense. I hope that Bill and I will be strong yet again and keep the fight for the championship alive.  Corvette is really dominant at the moment but I will not lose faith. We will do everything we can to stay in touch!”

John Edwards, driver, No. 56 Z4 GTLM – “Last year I was at the Mosport round of the ALMS series but wasn’t driving, so I’m glad I won’t have to watch from the sidelines this weekend. The flowing high speed corners will suit the Z4, but we will have to fight hard in the race when we deal with traffic. So far this season the GTLM category has been extremely competitive and I don’t expect the race at Mosport to be any different. Dirk and I are pretty far down in points after some bad luck early in the season, so we will be pushing rather than driving conservatively as we target race wins the rest of this season.”

Dirk Müller, driver, No. 56 Z4 GTLM – “CTMP is one of my favorite circuits and after our tough luck at Watkins Glen we are really motivated to change it for the better.  I love all the changes they made around the track in recent years to make it better for everyone. Yes, the uphill section will be difficult with our top speed disadvantage, but that is where we are with the balance of performance and it does not lessen my enthusiasm for the circuit.”