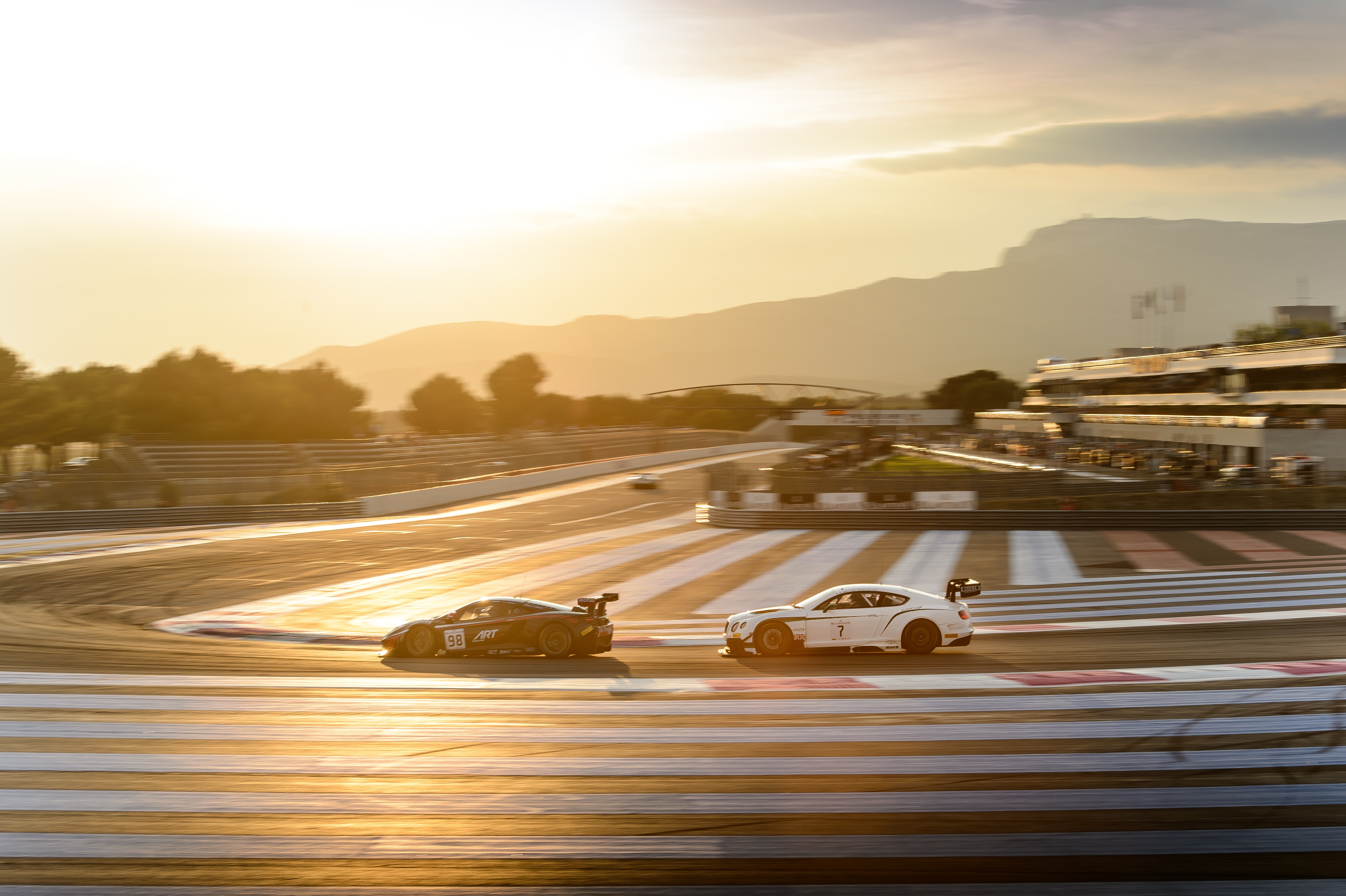 After scoring an historic victory at Silverstone last month, the #7 M-Sport Bentley Continental GT3 of Guy Smith, Andy Meyrick and Steven Kane finished first in the third round of the Blancpain Endurance Series at the Paul Ricard circuit in southern France, for the team’s second victory in a row. With the victory, Smith, Meyrick and Kane move in to the lead in the overall drivers’ championship standings ahead of the Series’ headline event at the 24 Hours of Spa at the end of July. 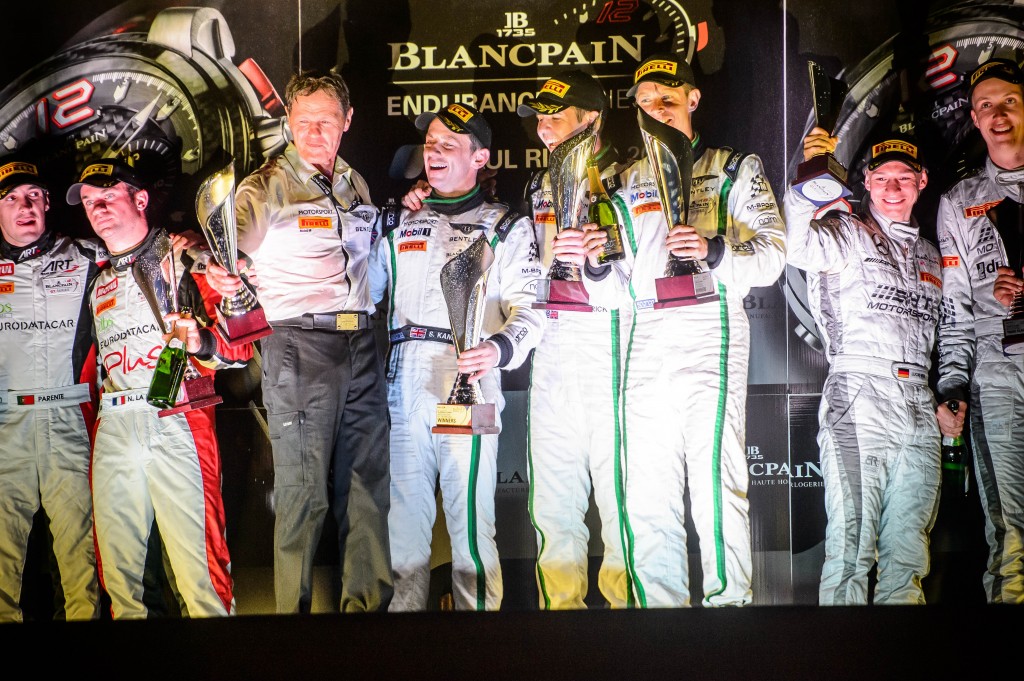 In the dusk light of the track at Le Castellet, Steven Kane powered his way to victory with a narrow lead of just 1.1 seconds after three hours of racing, in a race that demanded the very best from both the Continental GT3 and its trio of drivers. The fight for the win dominated the third and final hour-long stint of the race, with the gap between the #7 car and the ART McLaren of Parente, Demoustier and Lapierre varying between six seconds and less than one second. 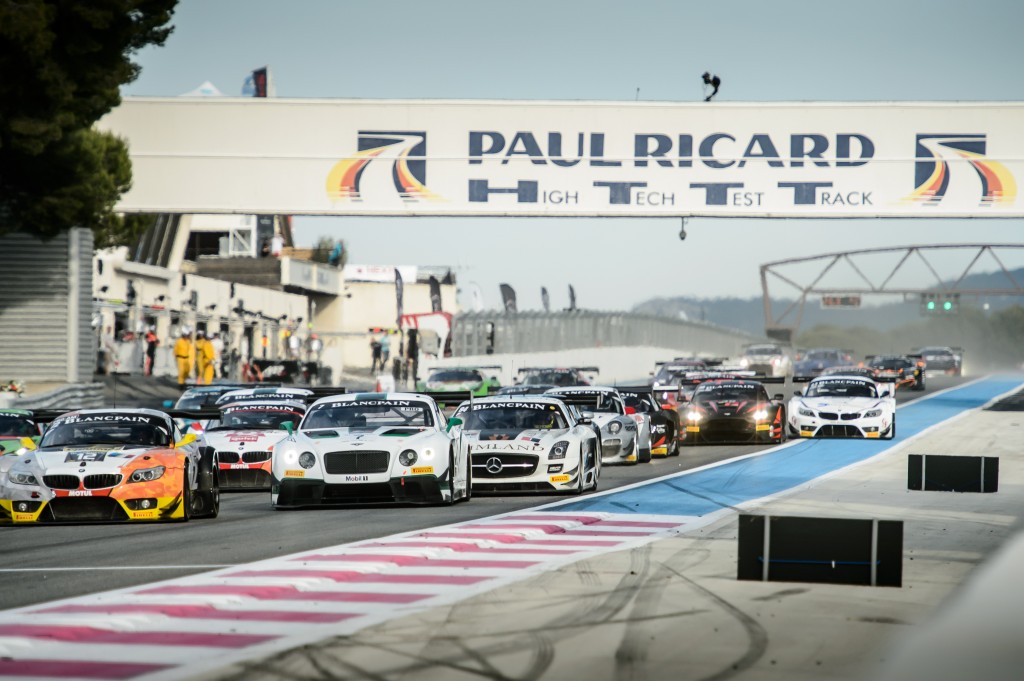 “This was a tough race to win, and I’m delighted that we’ve succeeded. We know that our race pace tends to be better than our qualifying pace, so we went in to this evening’s race with the aim of improving from our grid slots. When we saw how well the Continental GT3 was looking after its tyres, we knew we had to push for the podium, and the team responded. The pit stops were slick, the calls from the race engineers were outstanding and our strategy was ideal. Andy then did a great job to take the lead during his stint, but Steven had to get everything out of the car to hold off the McLaren. The last 40 minutes were tense for everyone and we weren’t sure if we could keep ahead, but it was a great battle and I’m delighted that Andy, Steven and Guy leave here leading the championship.” 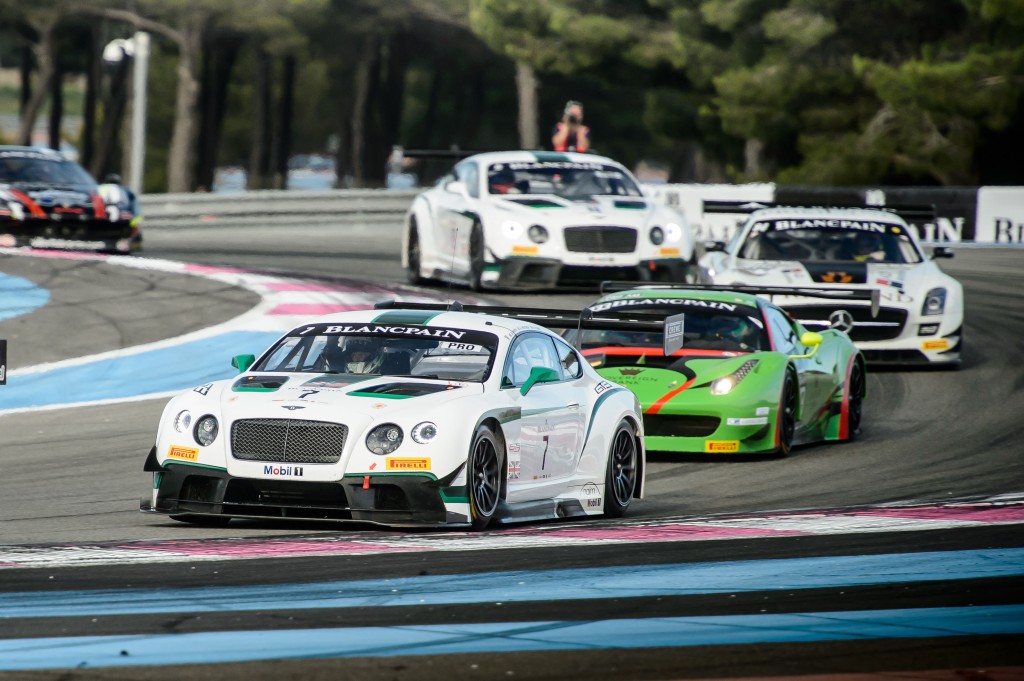 Bentley Boy Andy Meyrick took the lead half way through the race, and comments:

“We came here knowing we could do well, but to come away with another win feels incredible. Guy was able to make a great start on new tyres, and he used them really well to make up places in the first few laps. That put me in the position to challenge for the lead, but the McLaren made me work for it, and I had to pull-off a really tricky move to get past him. Steven then had to keep the lead, which definitely wasn’t easy and we had to push right until the end. We’ve shown what the Bentley is capable of in a close fight and I couldn’t be happier.”

The second Continental GT3 of Antoine Leclerc, Jérôme D’Ambrosio and Duncan Tappy was forced to retire on lap 41 due to a drivetrain issue. 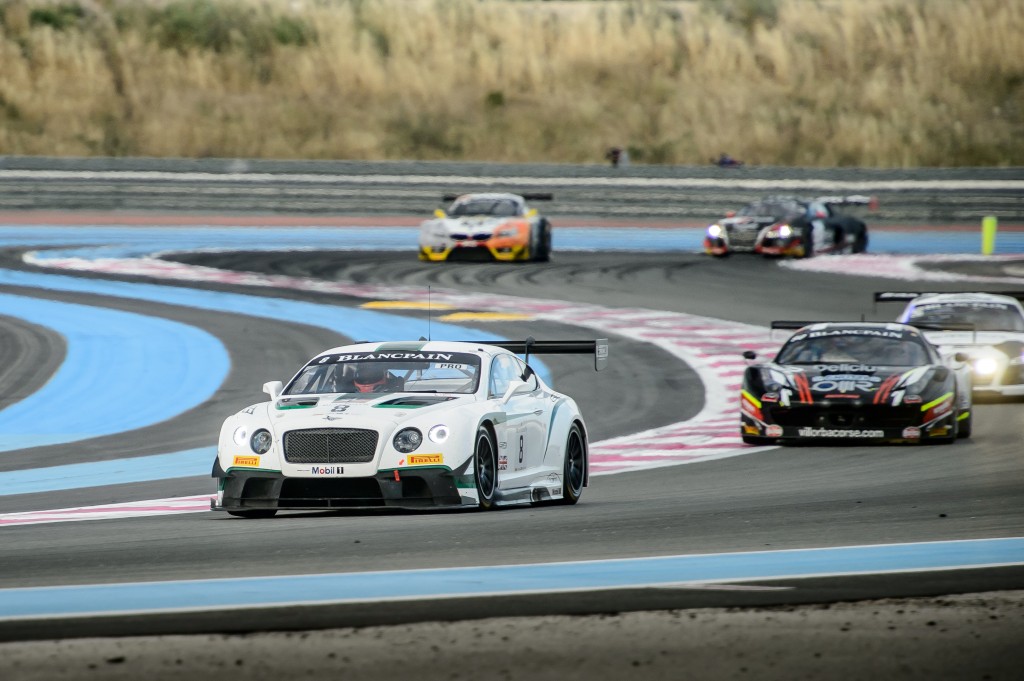 The Story of The Race
The two Continental GT3 racers both qualified in the top ten on Saturday morning, with #8 in P7 and #7 in P9. The stewards then issued a series of penalties, including one for #8 for setting a fast time just as the final qualifying session was red flagged. This demoted #8 to P14 on the grid, but elevated #7 to P7.

Guy Smith and Antoine Leclerc started the race in their respective cars, and both drove impressive opening stints. Guy climbed from 7th to 3rd in the space of his 32-lap stint, before handing over to Andy Meyrick. Antoine made up even more places, moving his Continental GT3 from 14th to 7th before pitting and being replaced by Jérôme D’Ambrosio.

The M-Sport Bentley pit crew delivered extremely fast pit stops, including a sub-23 second tyre change that brought Andy back on to the track in 2nd place. It only took Andy a handful of laps to close on the leading McLaren, which then put up a great fight until Andy was able to dive up the inside for the lead. Jérôme was matching Andy’s pace and had brought his Continental GT3 up to 5th, before a driveline issue brought him to a halt half-way round the circuit.

Andy pitted from the lead on lap 57, to be replaced by Steven Kane. A slightly slower pit stop allowed the McLaren, now driven by Nicolas Lapierre, to be immediately behind Steven as he rejoined the track. The next hour was full of tense racing as the two cars traded times, with them frequently separated by less than a second. Steven was able to hold on for the win, and crossed the line in emphatic style as the team celebrated the second victory for the Continental GT3 in its maiden season.