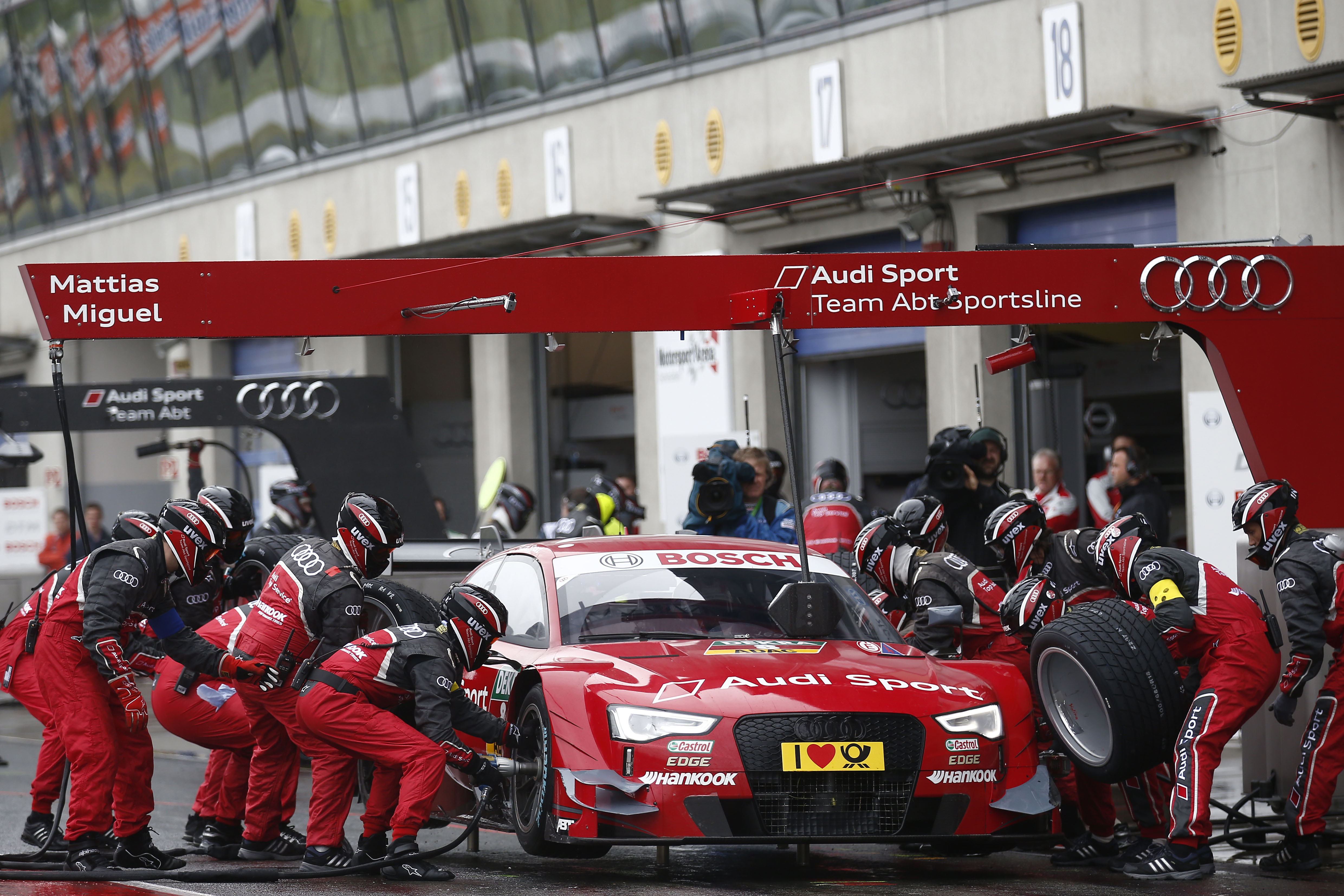 Next weekend (May 30 to June 1) the DTM is returning to Budapest after 26 years. Champion Mike Rockenfeller is traveling to round three of the season at the Hungaroring, where the drivers of all three manufacturers had met for pre-season track tests, as the new leader of the standings.

1,633 laps or 7,154 kilometres were reeled off on the track at Budapest at the beginning of April by the eight Audi drivers alone – the next weekend will show who made the best use of the official track tests in preparation for the first run of the new DTM in Hungary. The Audi squad is travelling to the Hungaroring as the hunted. Before round three, Mike Rockenfeller, Audi Sport Team Phoenix and Audi are leading the drivers’, teams’ and manufacturers’ standings.

Everybody is looking forward to the 4.381-kilometre track that is the second-longest one on the calendar. “Tailor-made for a DTM car,” is the tenor of the race drivers’ comments about the challenging track featuring a mix of fast and slow turns, plus thrilling combinations. Qualifying will be particularly important because braking at the end of the start-finish line will arguably offer the only good overtaking opportunity, so a position at the front of the grid will play a major part in deciding the outcome of the race.

Fans can watch the time chase of the DTM race drivers on prime-time television. Qualifying at Budapest will only start at 18.10 (CEST), German Television ARD will be live on the air from 18.00. The race on Sunday will start at 13.30 as usual, with coverage on ‘Das Erste’ beginning at 13.00.

The Audi drivers are looking forward to the support by many fans. The Audi plant in Győr is located only an hour and a half’s drive away. Audi is one of the major employers in the region. Audi Hungaria has more than 10,000 employees at the site and last year produced more than 1.9 million engines and more than 40,000 automobiles. Many Audi fans watched the track tests on location and autograph hunters had previously welcomed their stars at the airport.