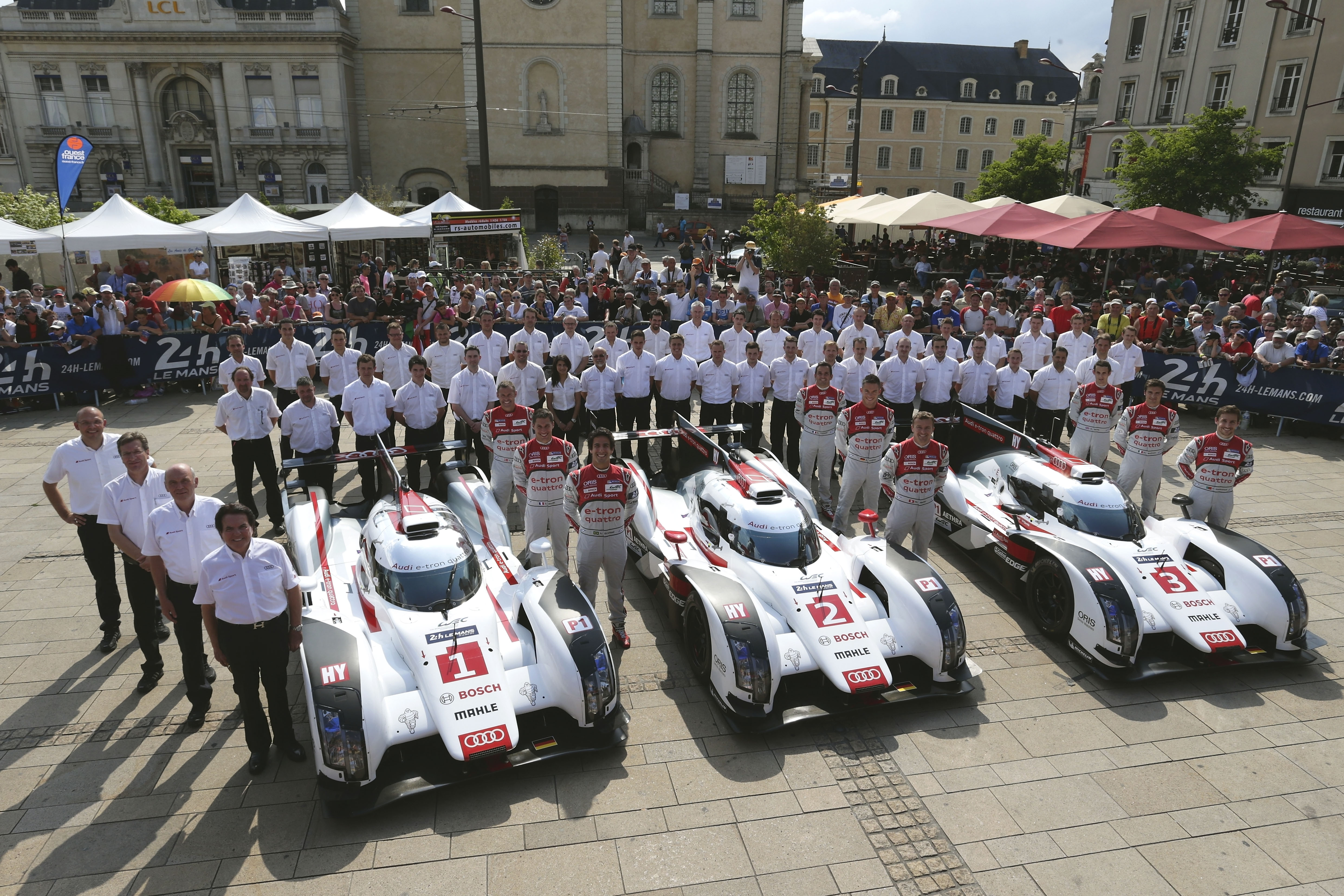 The traditional Scrutineering at Place de la République marked the beginning of the ‘final countdown’ to the 82nd running of the Le Mans 24 Hours that will be started by Formula 1 driver Fernando Alonso at 3 p.m. local time on Saturday. A large number of fans and photographers – some of them for hours – had been eagerly waiting for the three Audi R18 e-tron quattro cars to be unloaded. The nine Audi drivers and Head of Audi Motorsport Dr. Wolfgang Ullrich fulfilled innumerable requests for autographs. 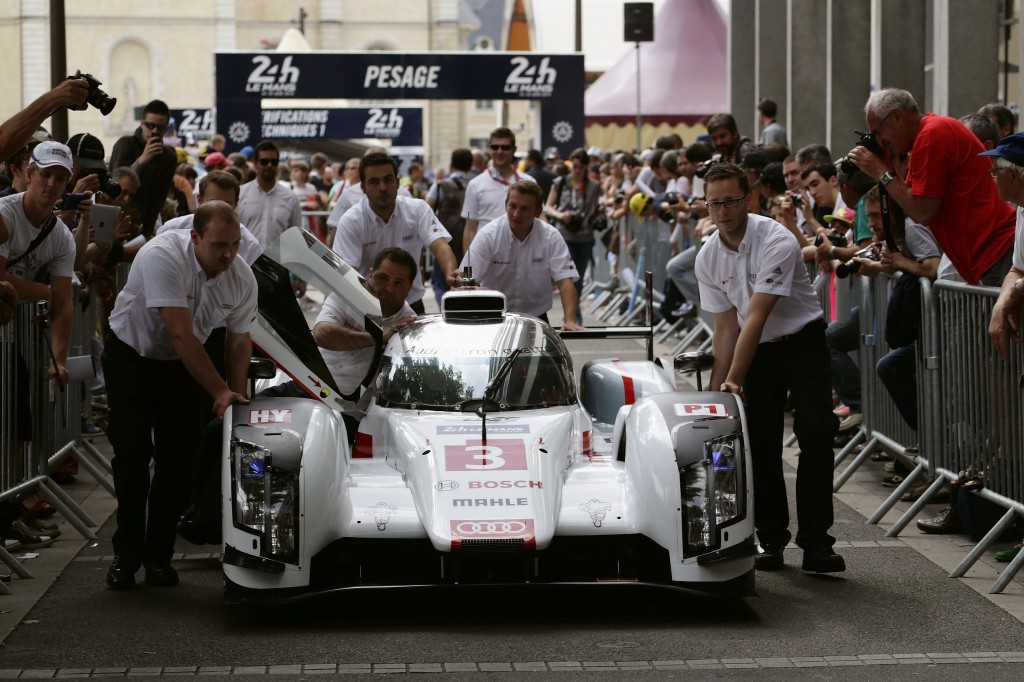 “It was a great start to this year’s Le Mans week,” said Dr. Ullrich. “You can simply feel the enthusiasm of the people for this special race.” 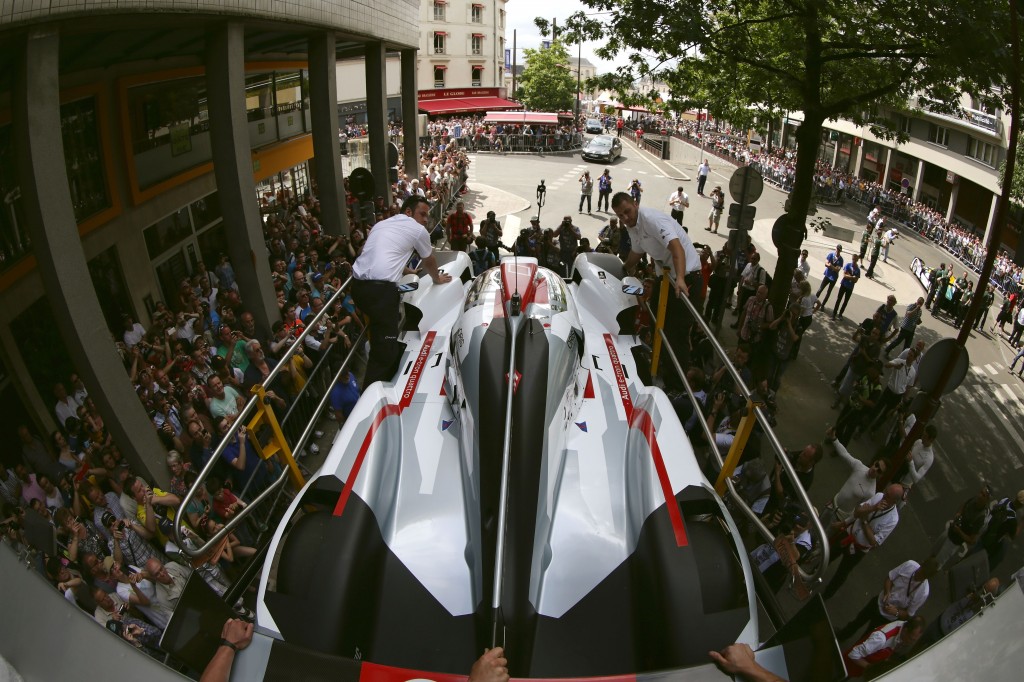 “More and more manufacturers are involved with sports car commitments. These are great days for endurance racing,” said Le Mans record winner Tom Kristensen. “Even after so many victories we greatly respect this race – but there’s no doubt in my mind that I’m driving for the world’s best team.”

Audi has won the Le Mans 24 Hours twelve times in 15 runs at Le Mans since 1999 and advanced to second place behind Porsche on the list of all-time winners of the world’s most important endurance race in a very short period of time. This year, the two most successful brands in Le Mans history are pitted against each other in the battle for overall victory for the first time. 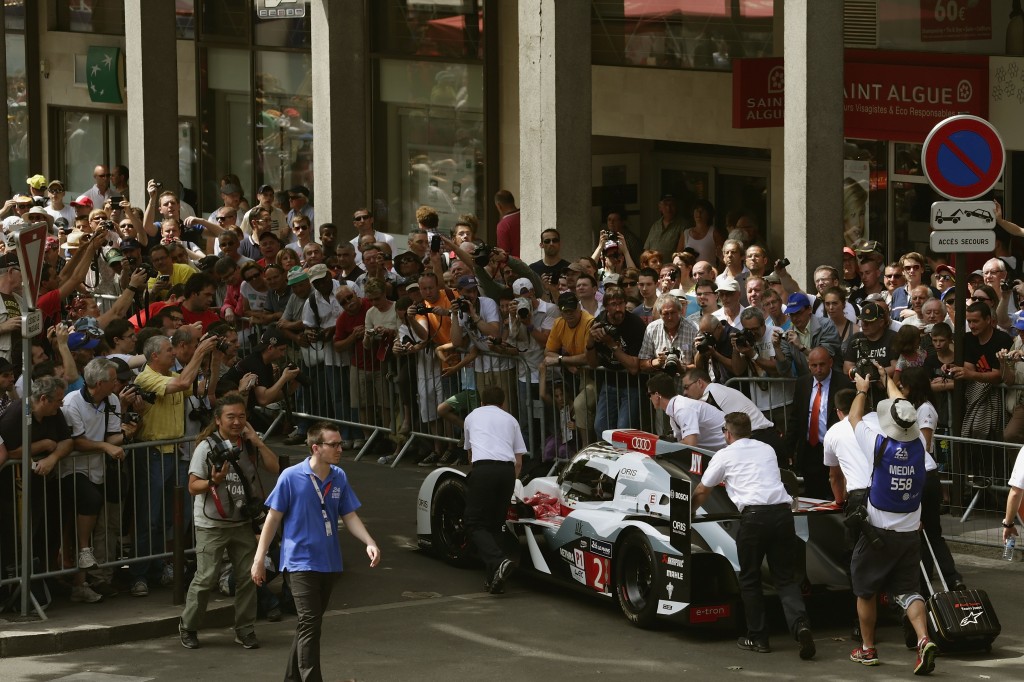 On the occasion of the comeback by the sister company in the VW Group, Audi produced a video in which an Audi R18 e-tron quattro is traveling on a country road to Stuttgart and presenting the message ‘Welcome back’ to Porsche.

Scrutineering did not take place completely without consequences for Filipe Albuquerque. While waiting for the traditional team photo to be shot, the camera of a photographer fell on the head of the Le Mans rookie, causing him to arrive at the paddock with a thick lump on his forehead as a ‘souvenir’ of the incident. 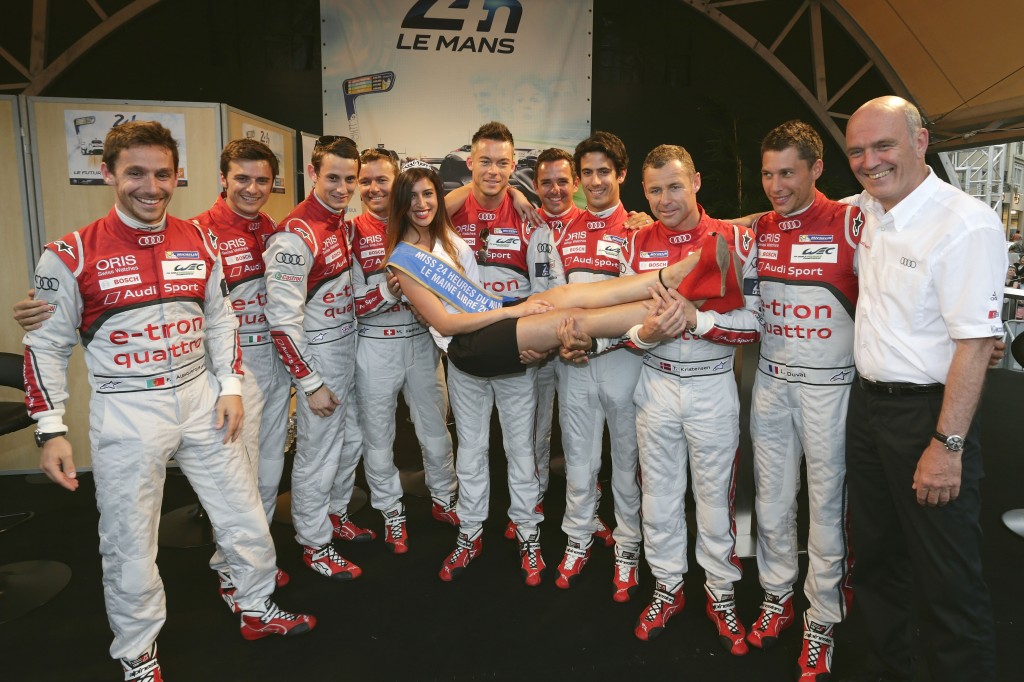 Loïc Duval, Tom Kristensen and Allan McNish left their marks for posterity. In the company of the new Miss Le Mans, Sandra Desmaison, the handprints of the three winners from last year were unveiled in a public ceremony on Monday night.

Duval has been the proud father of a son (Martin) since last week. McNish, after ending his active career, is experiencing Le Mans in his new role as Audi Sport driver coach and brand ambassador for the first time. Tom Kristensen will start at Le Mans next weekend for the 18th time and has the chance of clinching his tenth Le Mans victory. 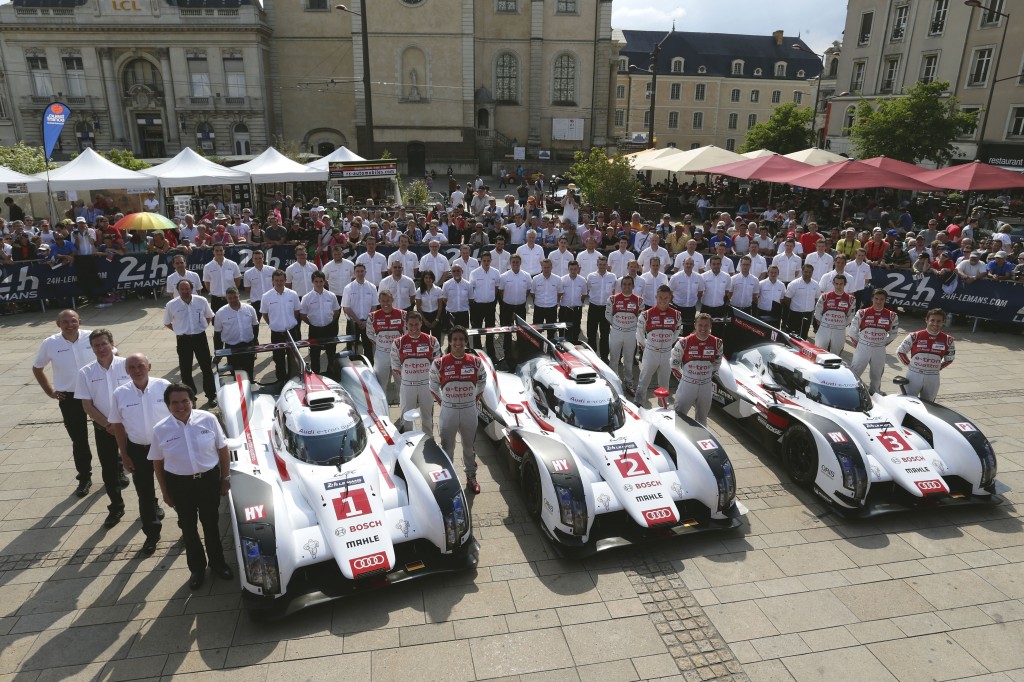 Practice and qualifying at Le Mans will take place on Wednesday and Thursday. The race will start on Saturday at 3 p.m. At www.audi-motorsport.com, Audi offers free coverage by live streaming from the onboard cameras of the three Audi R18 e-tron quattro cars.