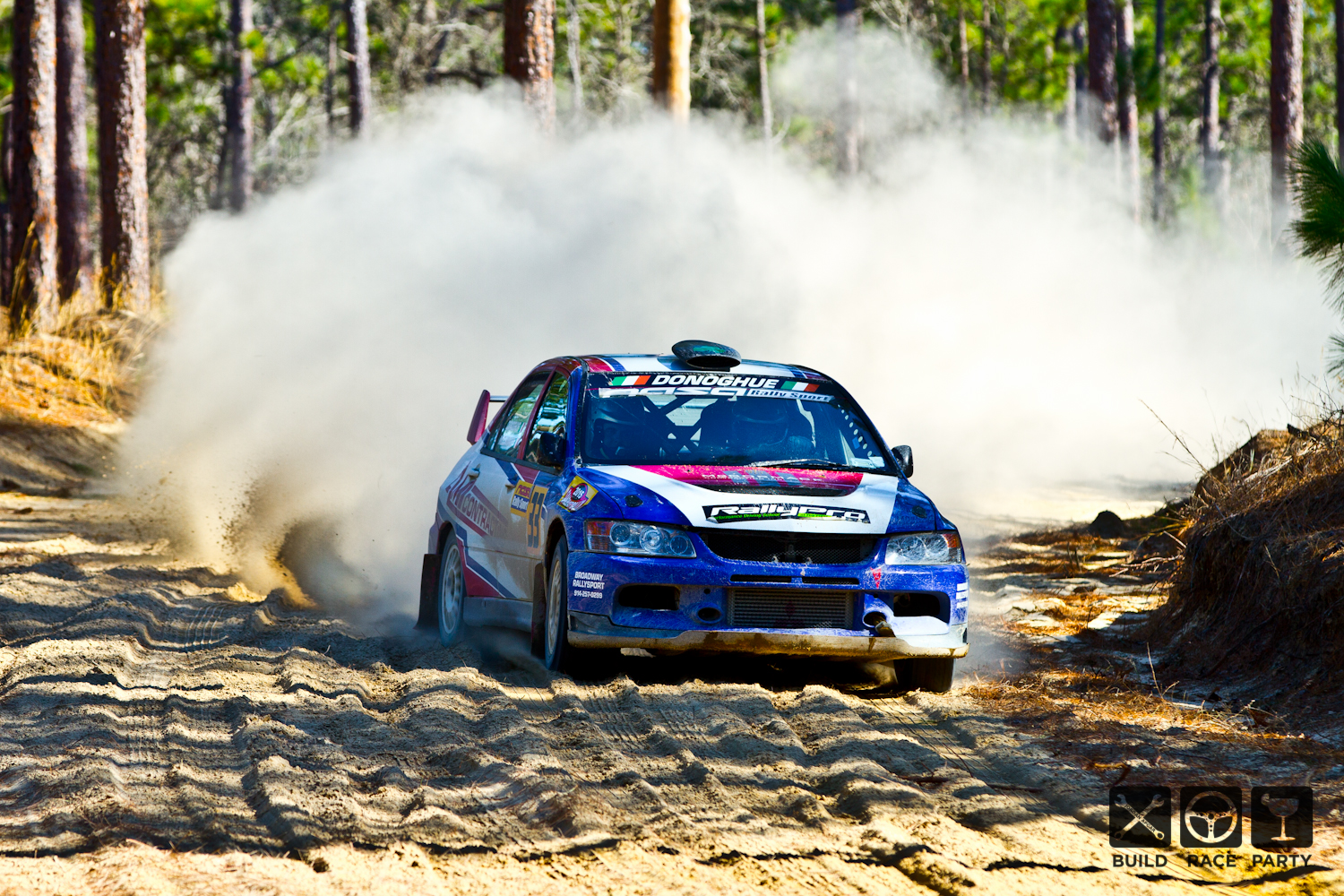 Saturday morning in Cheraw, South Carolina was below freezing and had clear blue skies.  The stages started out reasonably firm and dry thanks to the full day of draining after Thursday’s down pour but as each bike passed on Stage 1, Hunter’s Pond Reverse, the surface turned more and more into a huge sandbox before the cars finished the job.   The spectator area featured a long sweeping downhill left turn full of deep ruts on the inside from forestry trucks.  This left led into a muddy right turn over well hidden stream.  Most of the cars and bikes managed to make it through without too much issue, a few of the bikes had minor spills caused by the ruts.  Car #81 driven by Paulo Ferreira and Ozgur Simsek was having TPS(throttle position sensor) issues and the car stopped on the inside of the left hand corner, the engine issues resulted in their Civic becoming beached in the huge ruts and their rally ended there*.  Proving right away to be a rally of attrition, 3 other cars also did not finish the stage, and more would follow with a total of 20 out of 46 cars failing to finish all 7 stages.    The riders, fared far better with only 6 riders failing to finish. 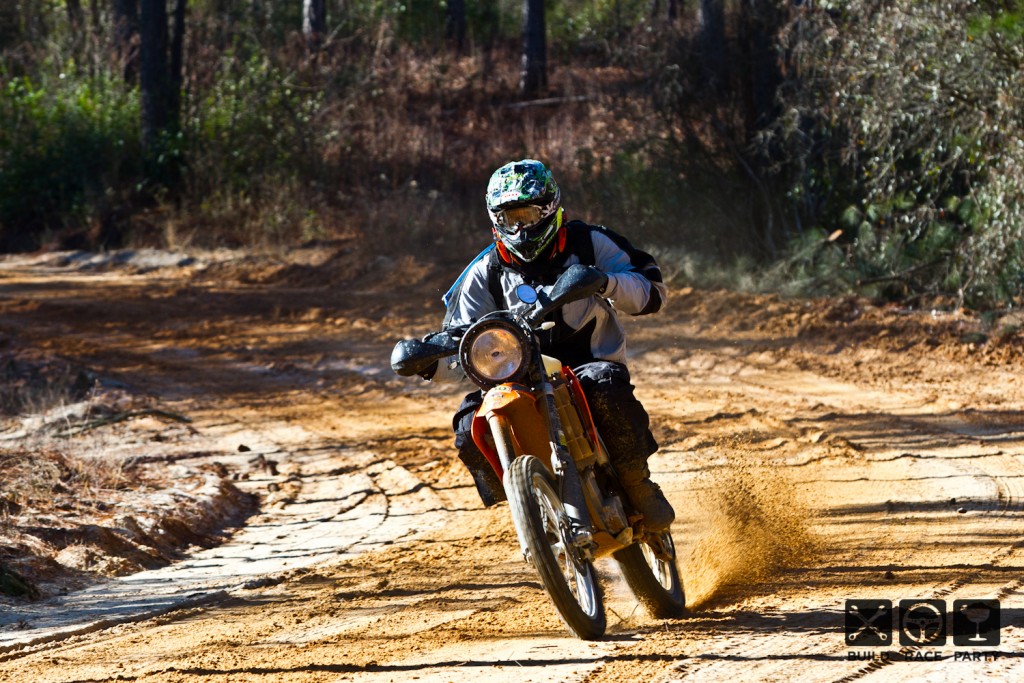 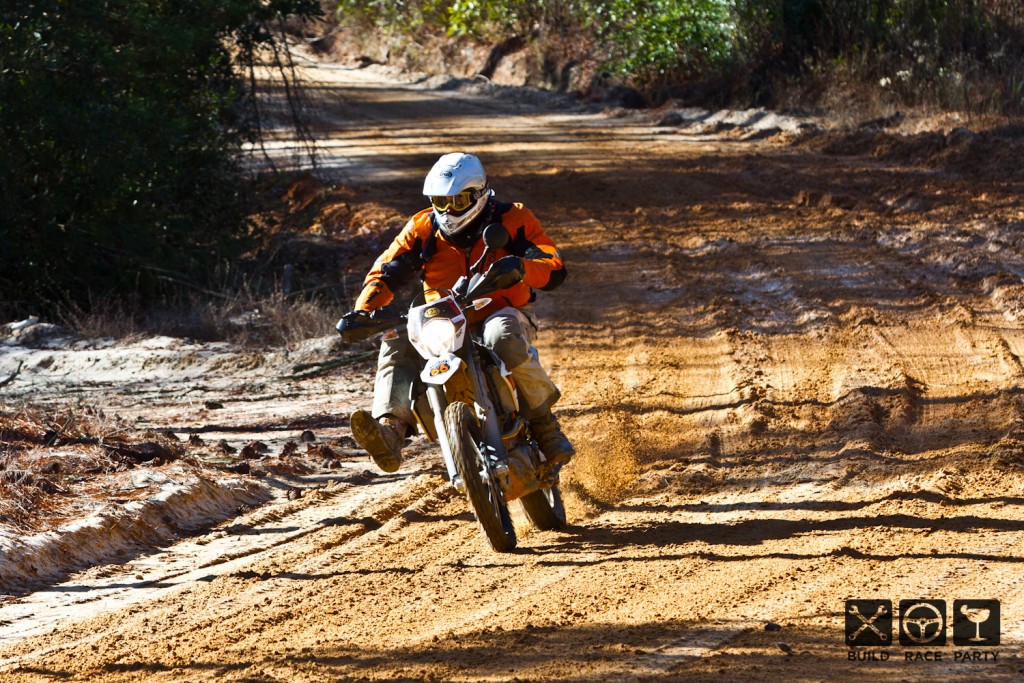 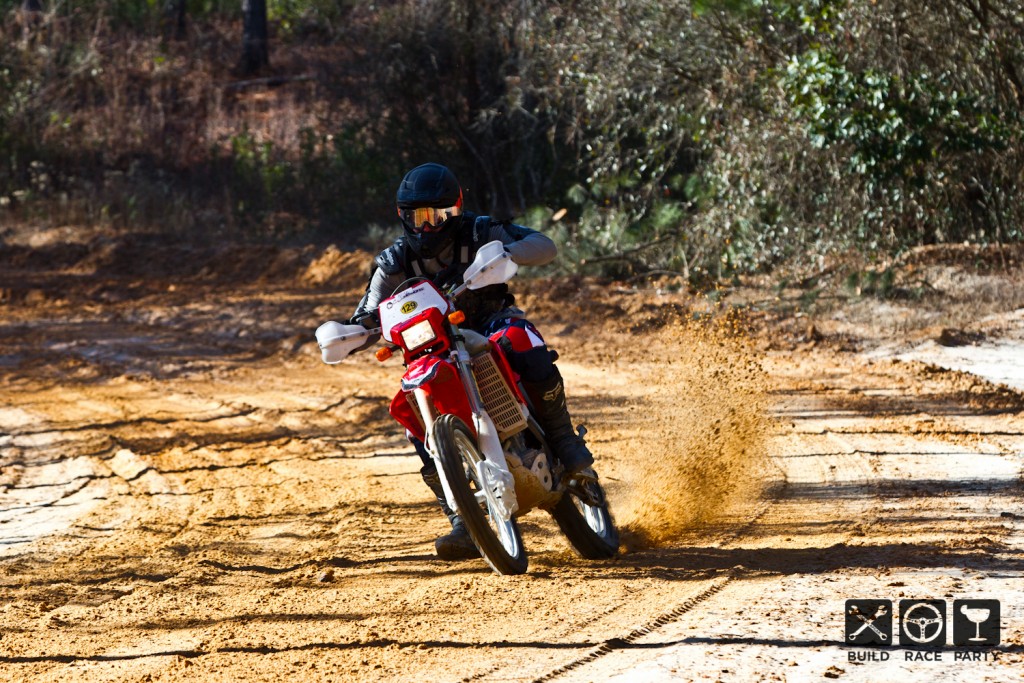 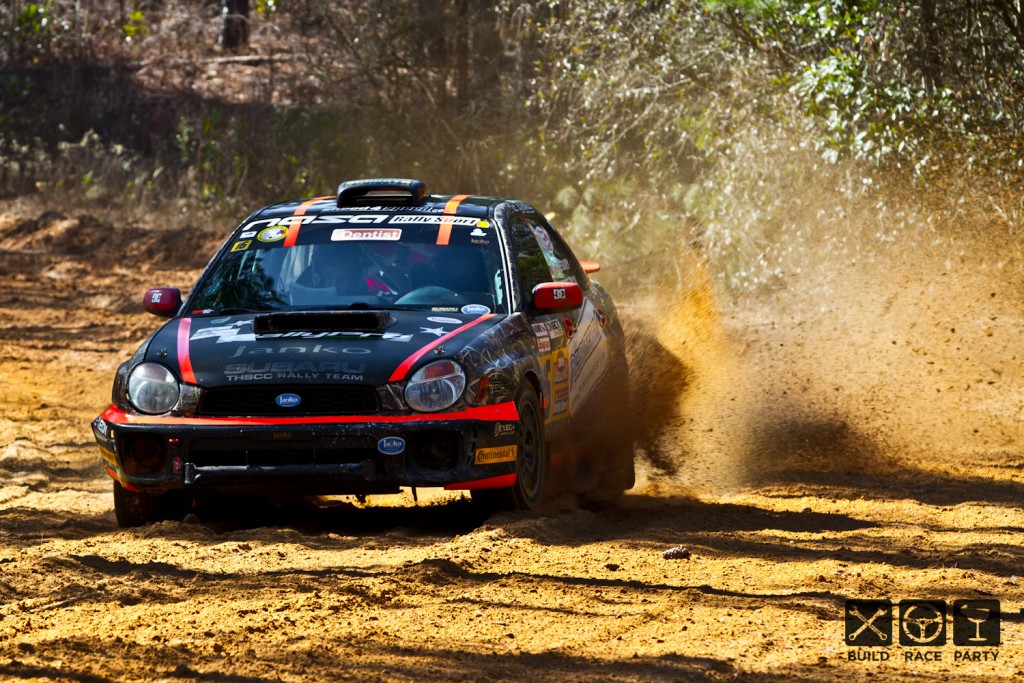 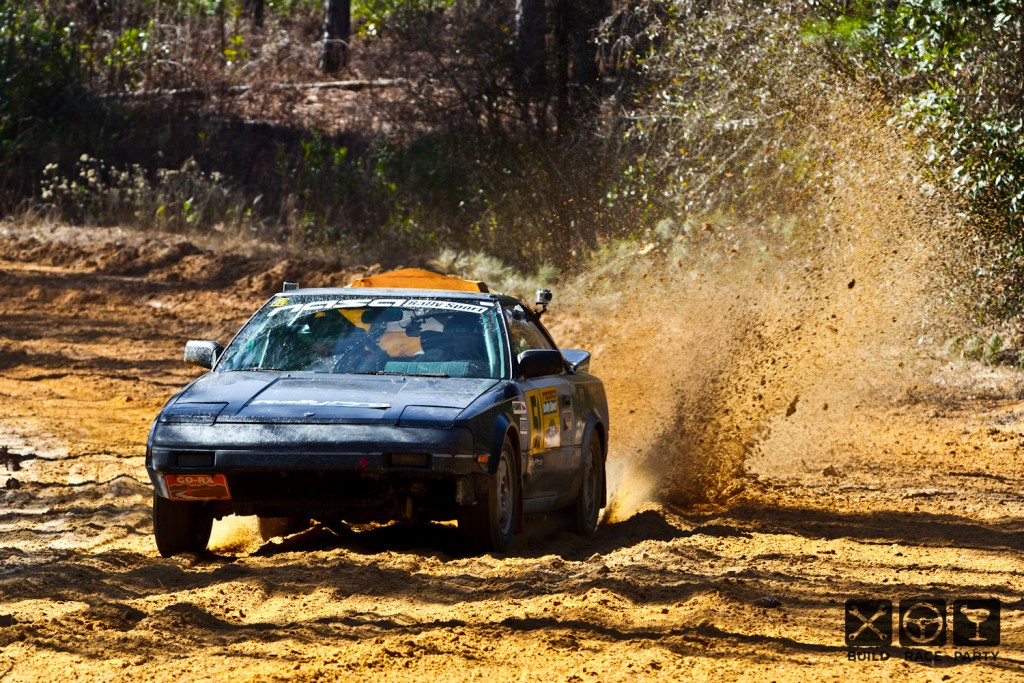 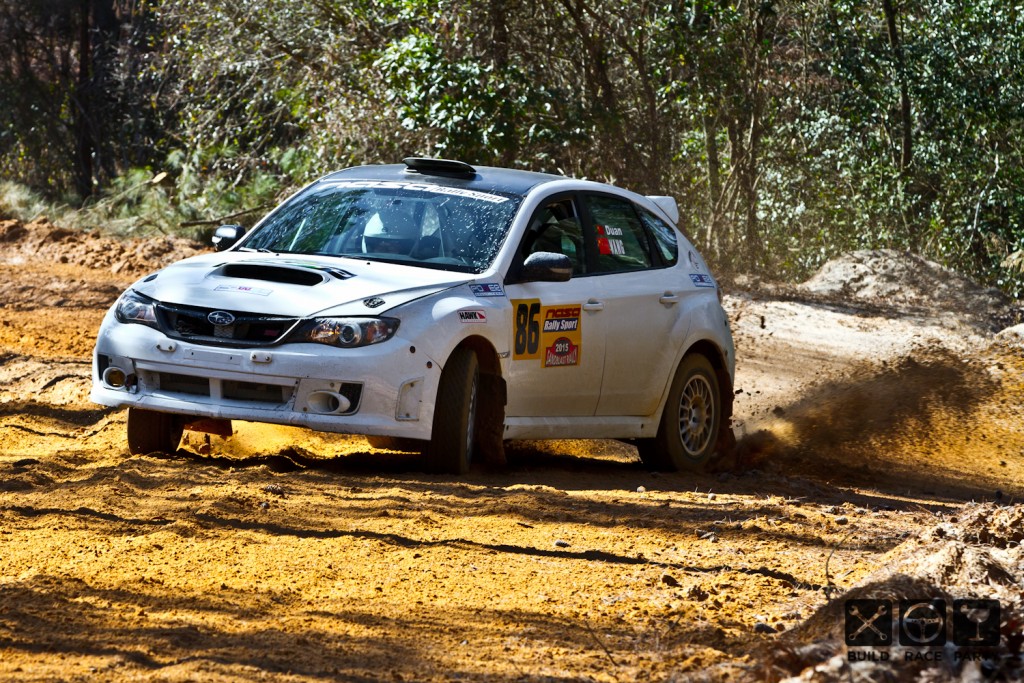 From Stage 1 I headed of the Stage 2, Cambel’s Lake and would remain there for the the rest of the day.  Stage 2 turned later in the day to Stage 5, Stage 2’s revers, and later the portion I was on would be reused for Stage 7, CJ’s Loop.  With about 40 minutes of travel between the stages, counting the walk back to the car, I missed all the bikes and about 3/4’s of of the cars, but getting the chance to shoot another 2 full stages is often better than risking only getting to shoot small number of the field of cars and bikes because of constantly jumping between stages. 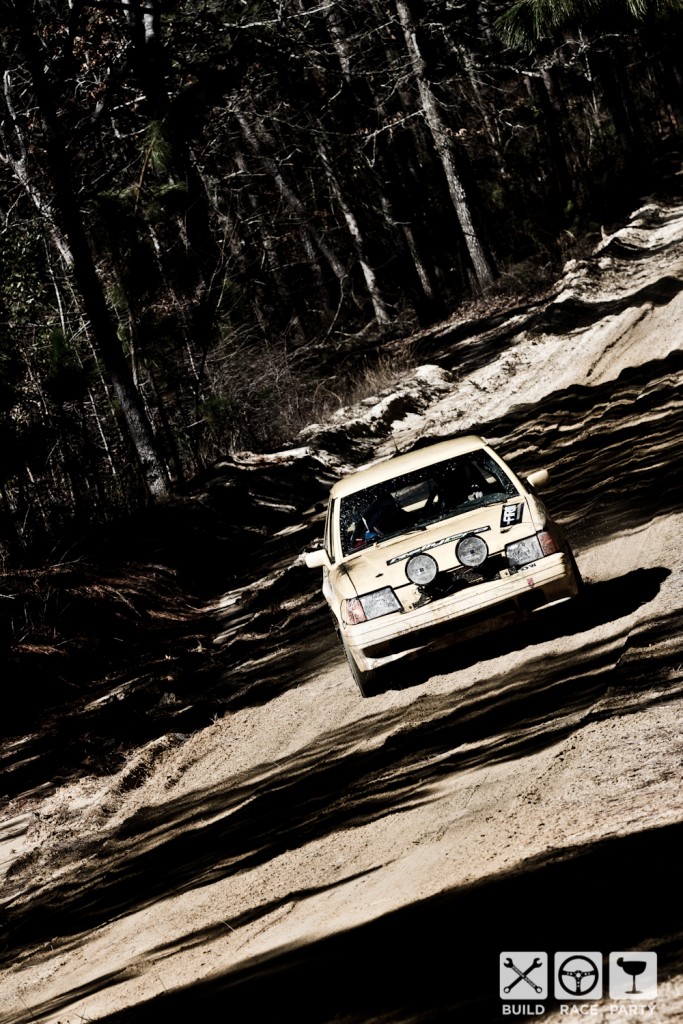 On Stage 2, last year’s overall winner for Eric Wages and co-driver Sarah Montplaisir of Dirty Rally Sport had an off, resulting in a very impressive demonstration of how to fell a full grown pine tree with a rally car.   The impact forced the crew to end their day of rallying, and their Subaru STi will need some frame and engine work before their next rally. 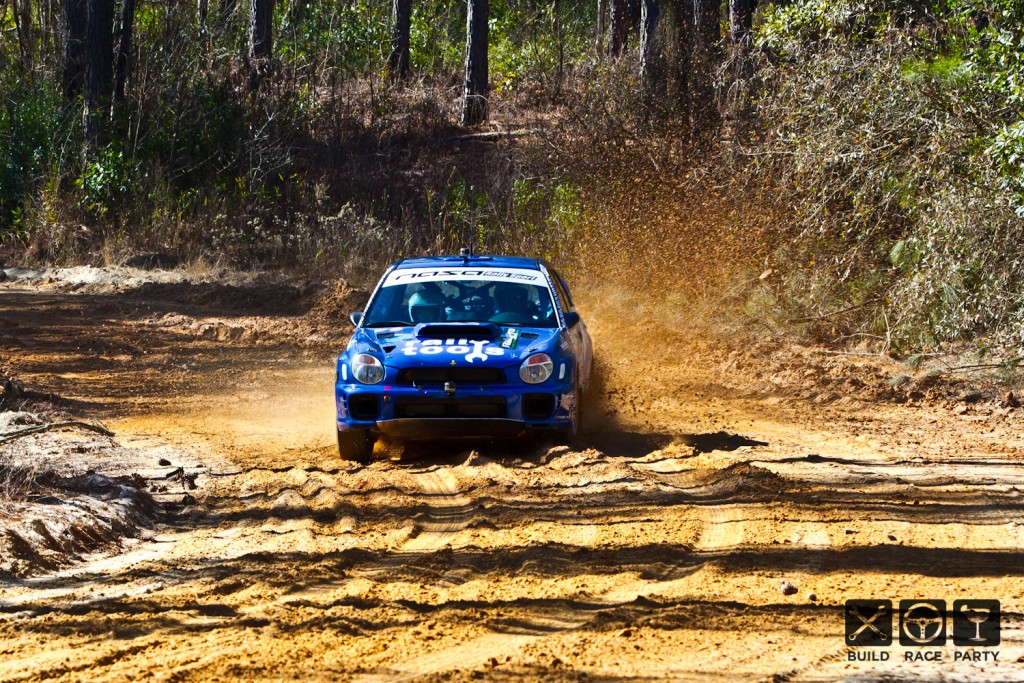 Build Race Party’s Matt Brandenburg and co-driver Elliot Sherwood also ran into issue when their Brakim Racing E36 M3 BMW began over heating.  Despite an attempt to fix the issue, they needed to retire from the rally after just 3 stages. 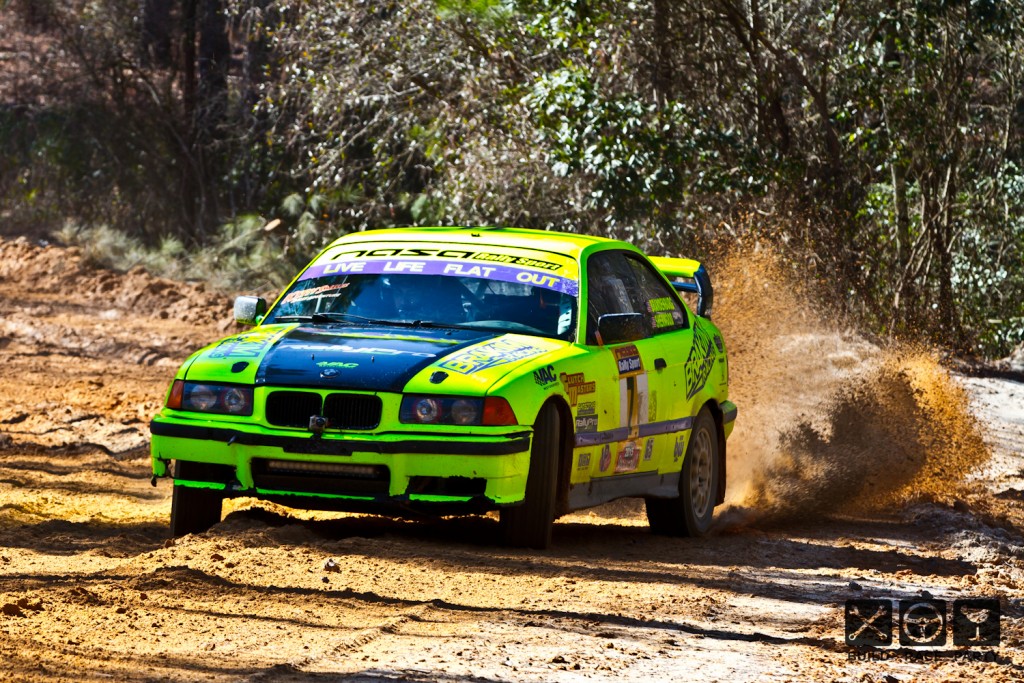 After several delays Stage 7 found most of the field of cars running into the night.  Unfortunately, not only did my extremely cheap wireless flash triggers wind up broken, admittedly probably from driving like my car wasn’t full of valuable electronics during recce, but I also realized I had never purchased a replacement tripod which suffered the same cause of death as my wireless triggers last season.  And so as night fell, I packed up my gear and watched the cars fly through the darkness. 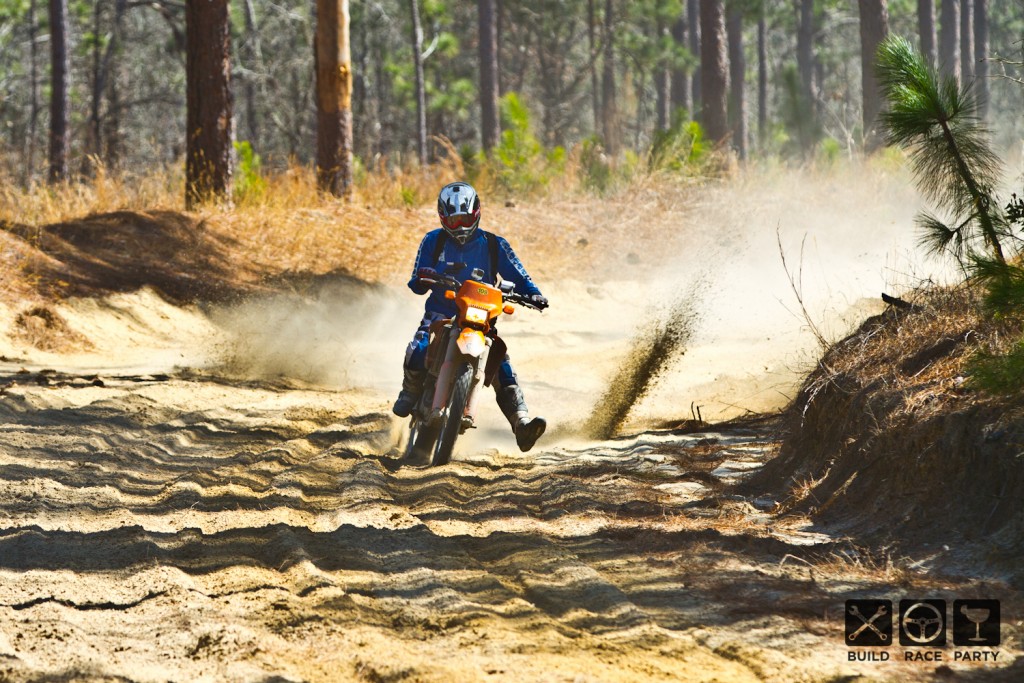 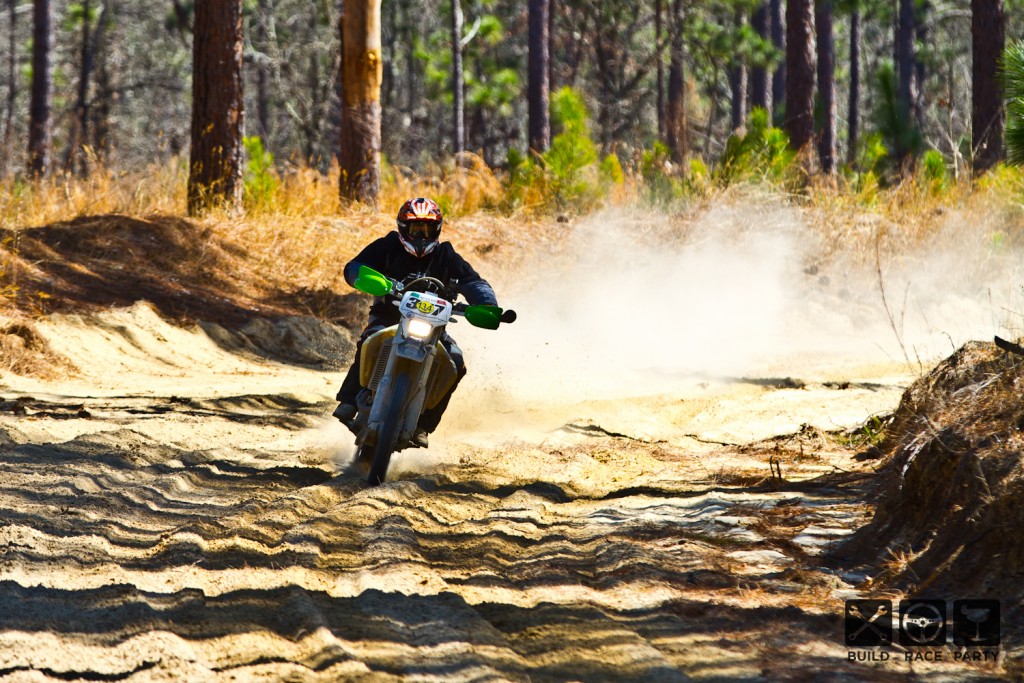 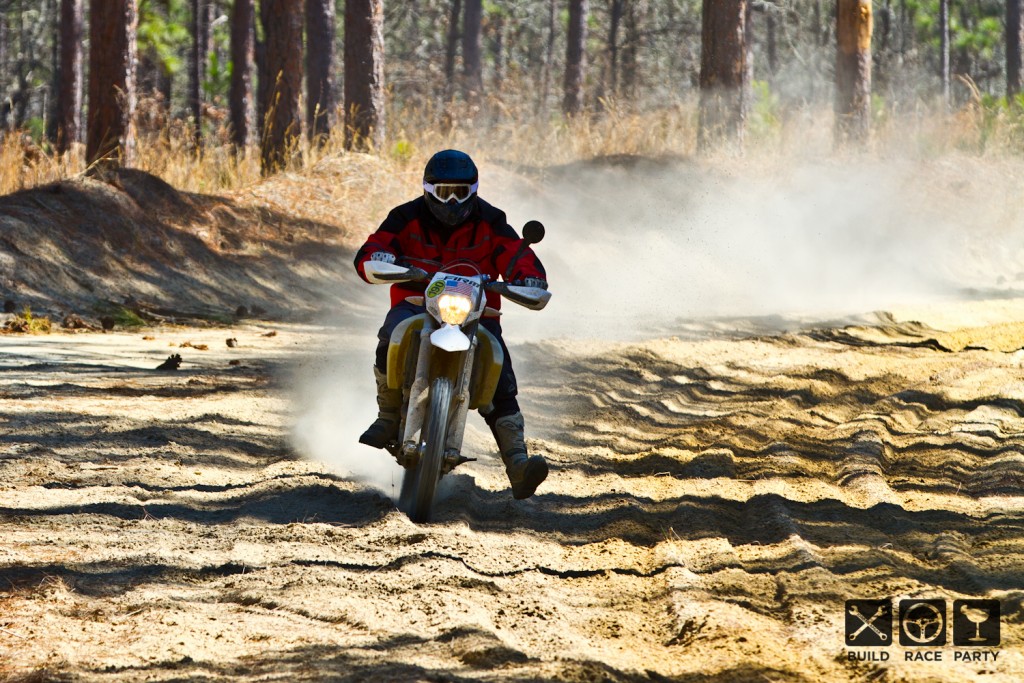 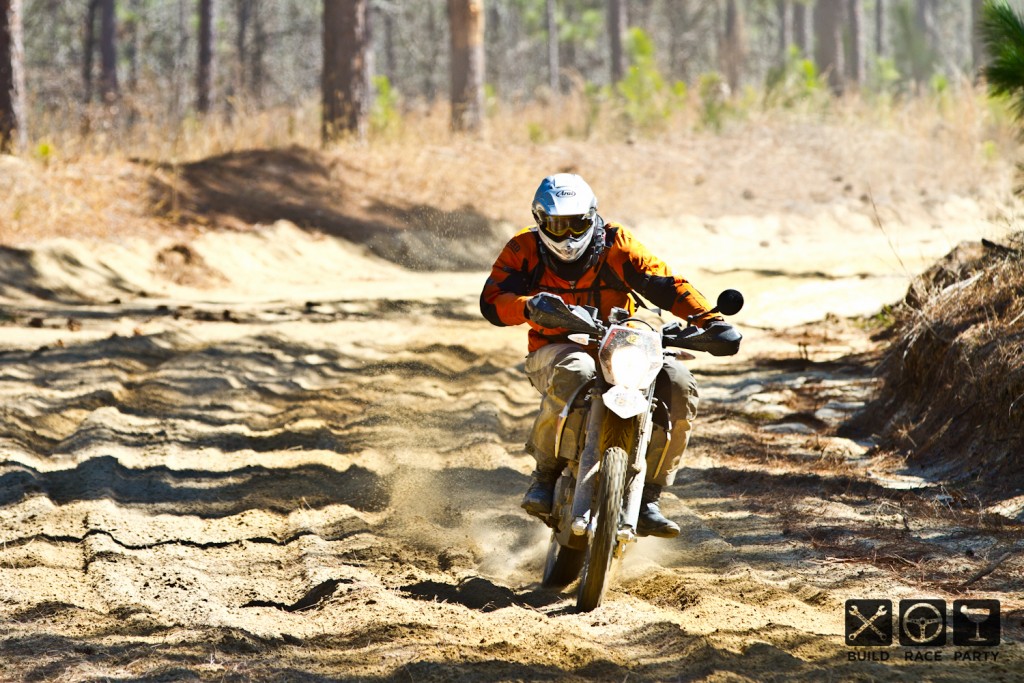 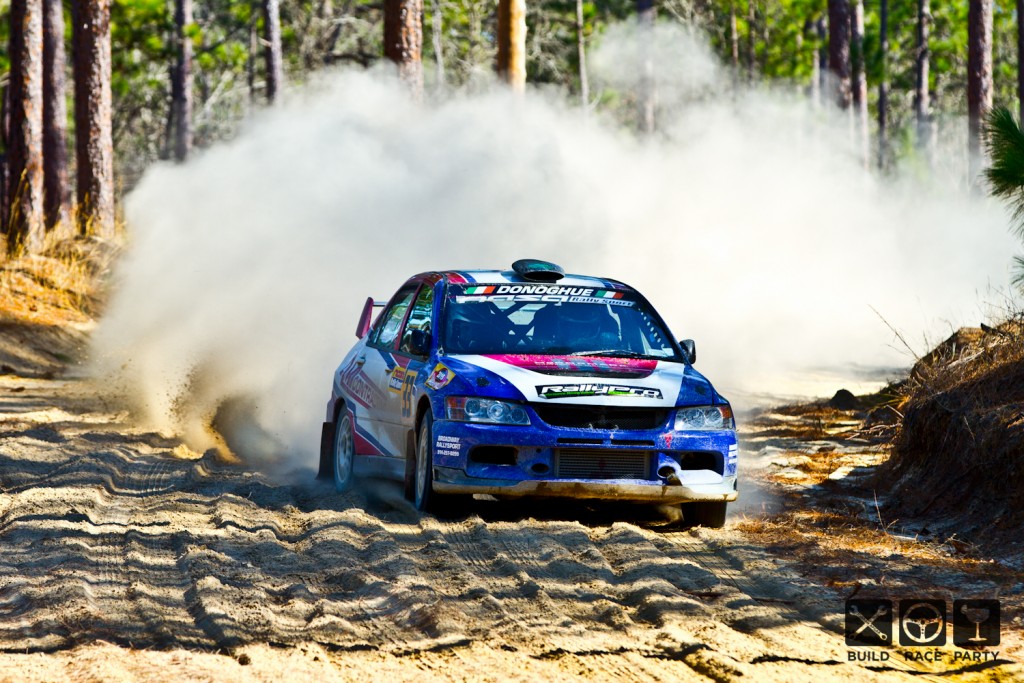 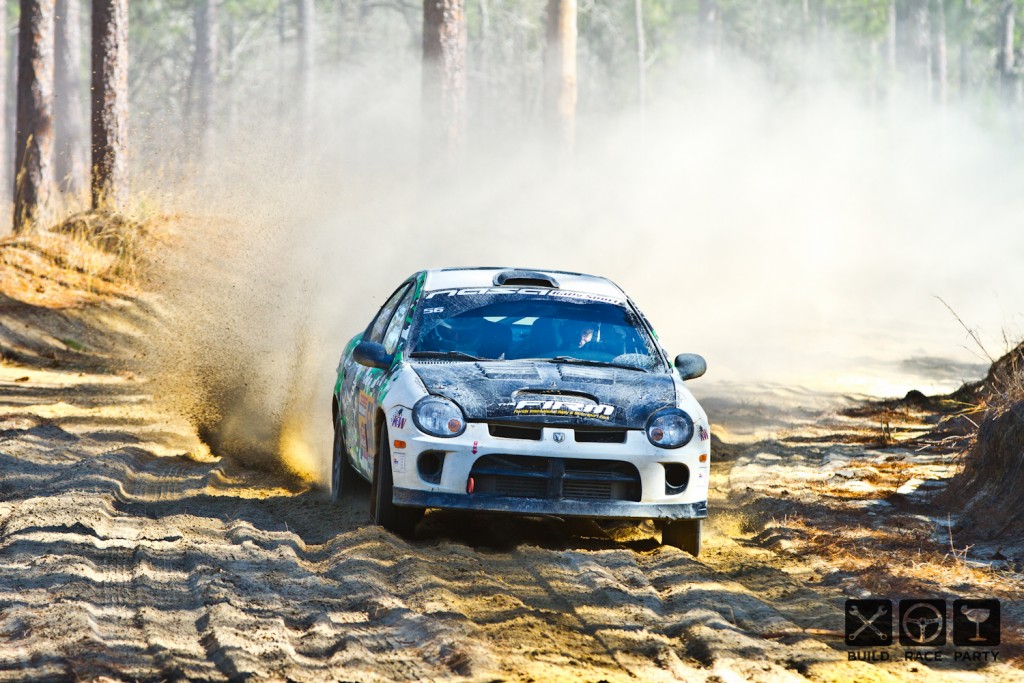 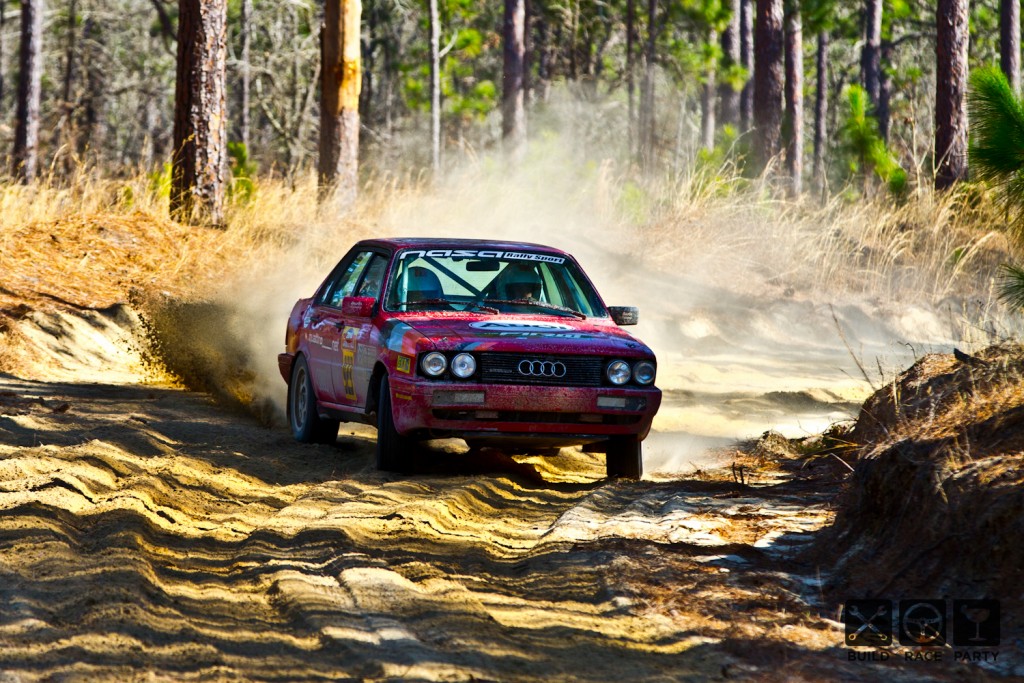 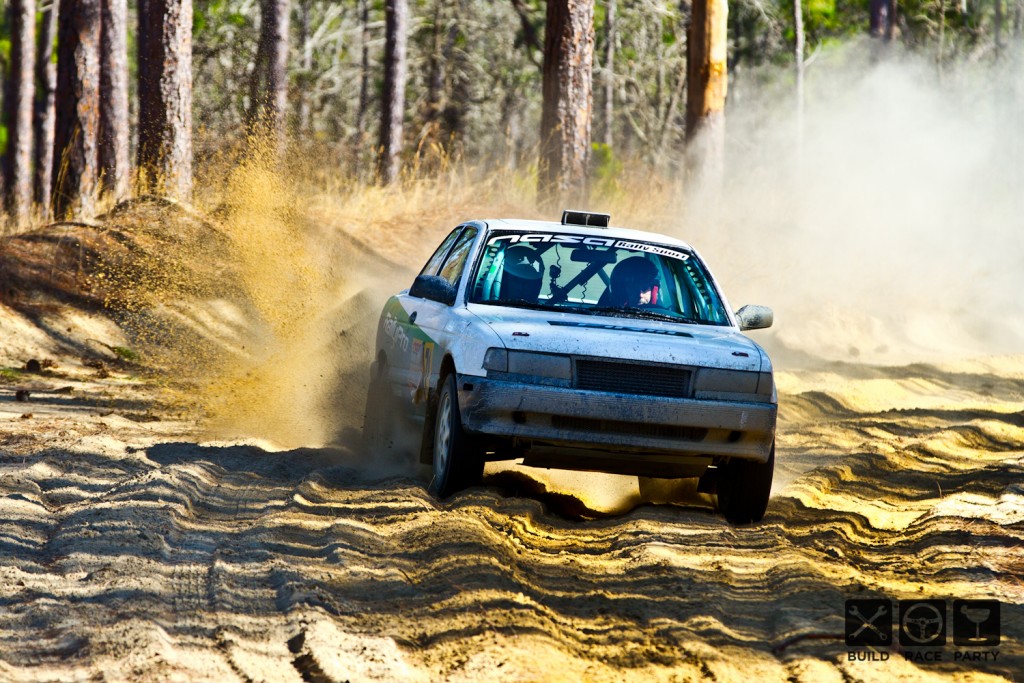 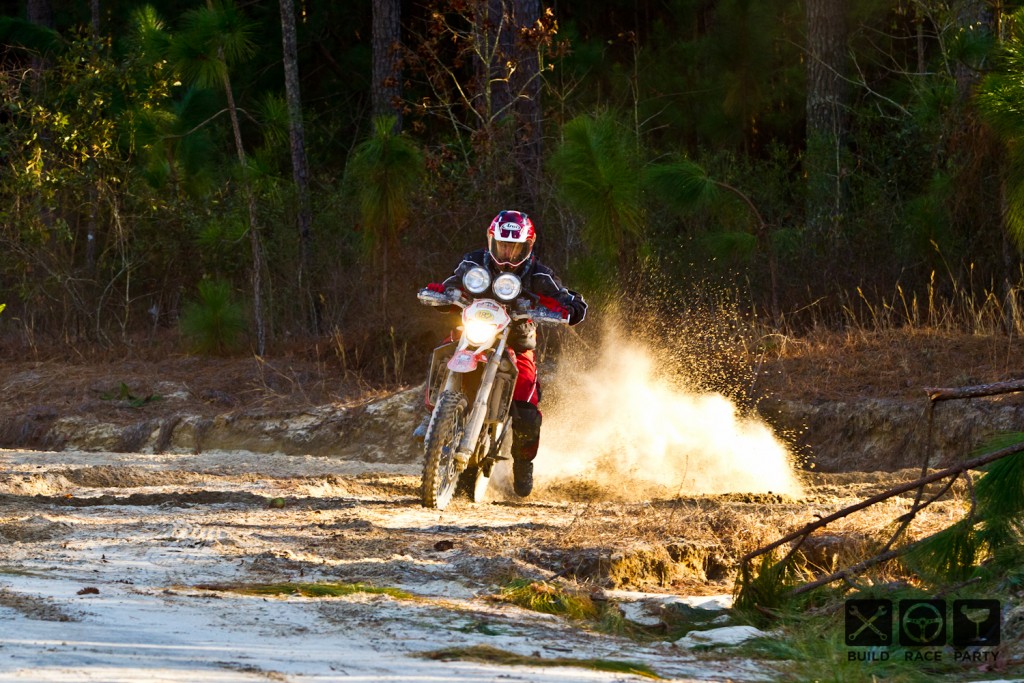 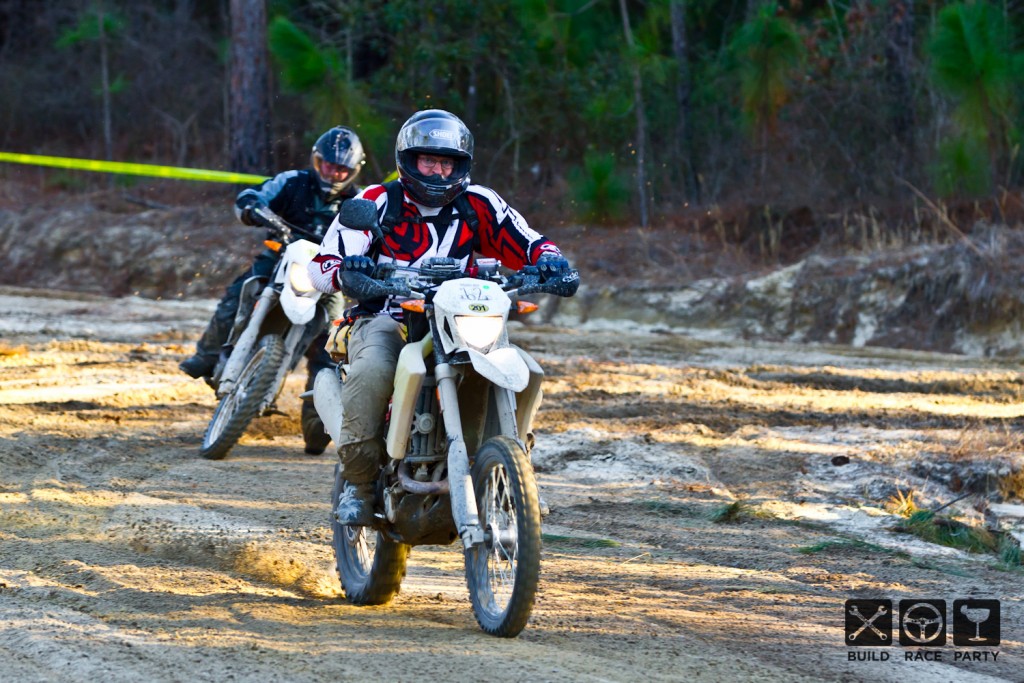 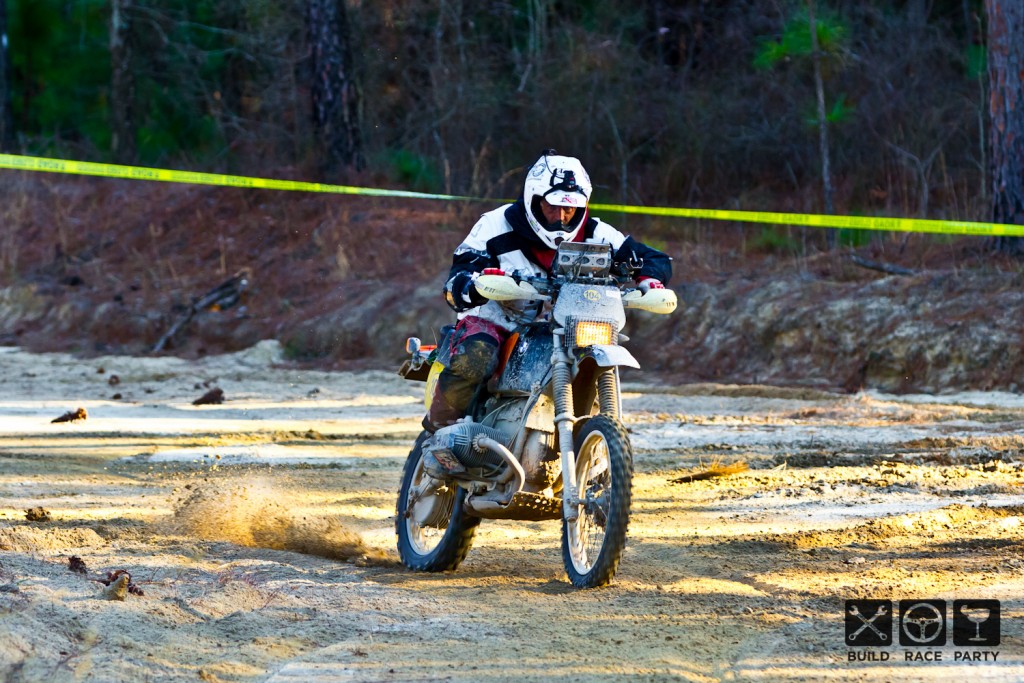 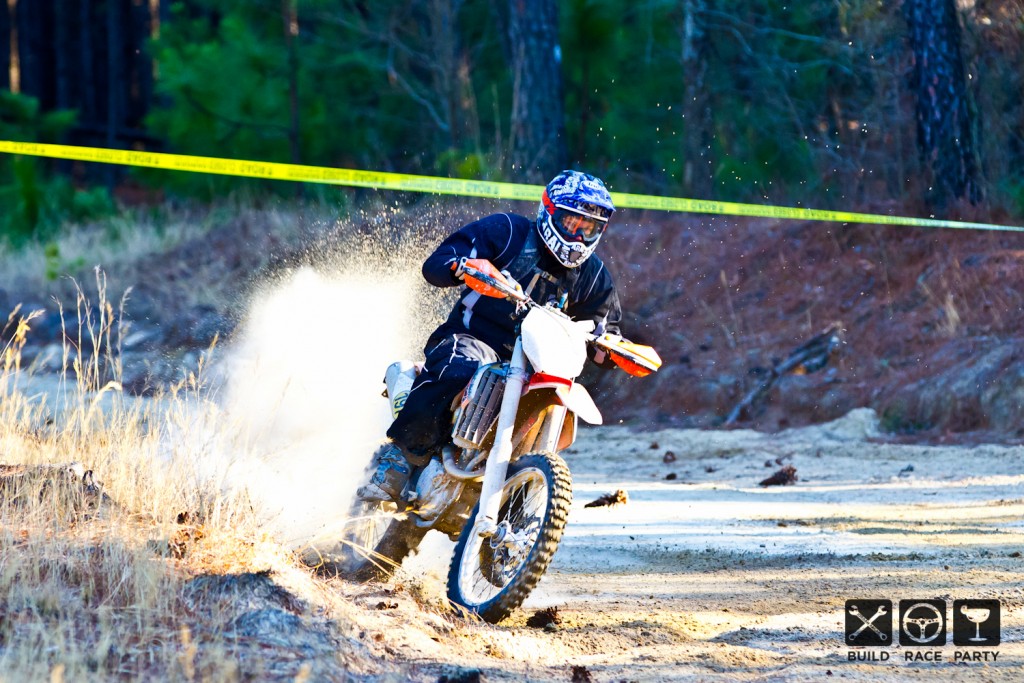 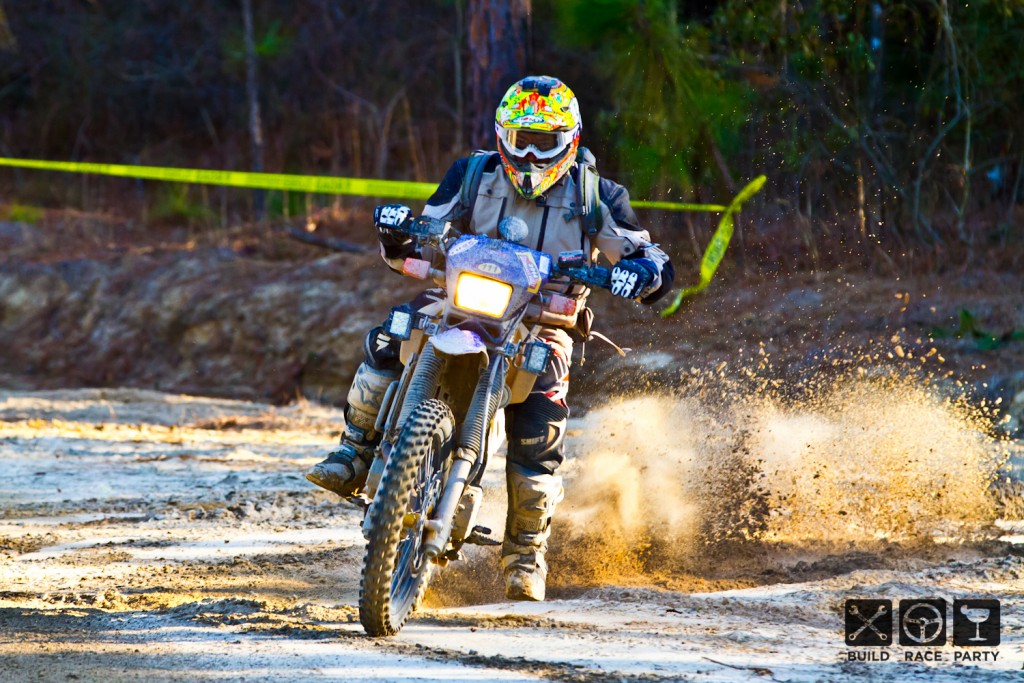 I would also like to give a huge thank you to Daniel Finn, driver for Team Finn, for lending me his jack and impact driver this morning to speed up the process of getting all of Cheraw out from the inside of my wheels.  Daniel Finn and his co-driver Teena Hauxwell-Finn, hailing from Michigan, have been long time rally volunteers and service crew members and this was their first rally.  They finished 20th overall and 6th in class, which is extremely impressive for first time team.  They would have actually placed 3rd in class had there not been a miss understanding about the Rally Finish time control procedures.  So keep an eye out for them at their next rally, they may be new but they are definitely quick! 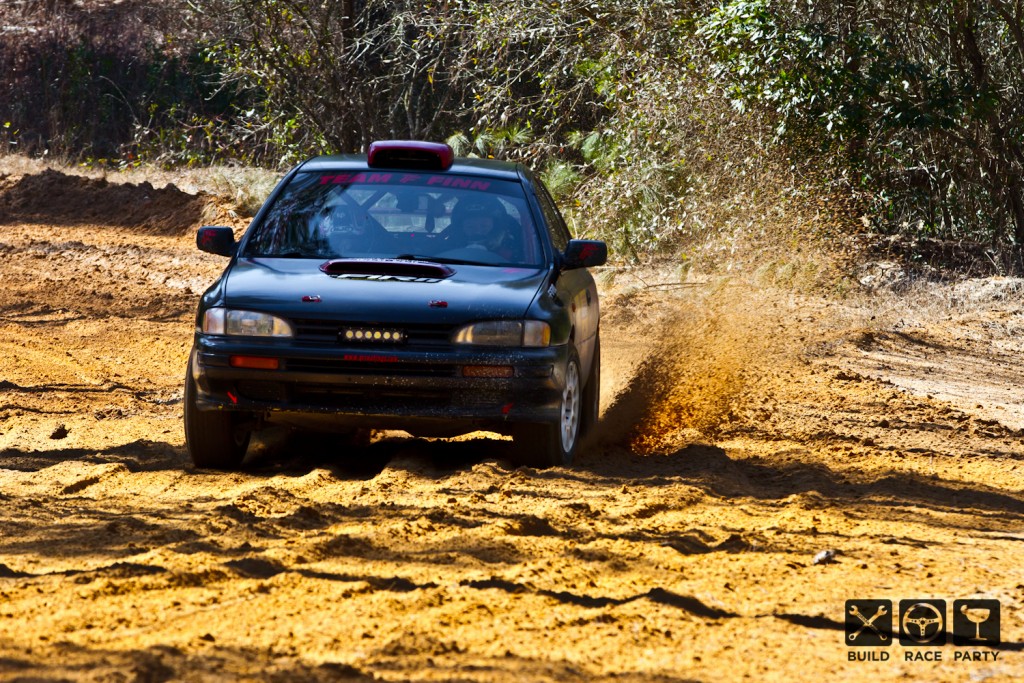 For full results, times and some awesome speed graphs for the full rally, check out NASA Rally Sport’s fantastic results page with way more options and displays than I know how to use.

* I had previously stated it was the ruts and a bad line that had caused car #81 to get stuck and stop their rally.  I was mistaken, sensor and engine issues simply forced the car to a halt in the worst possible place.  Apologies for the miss-information.

All photos by Jordan Apgar Photography