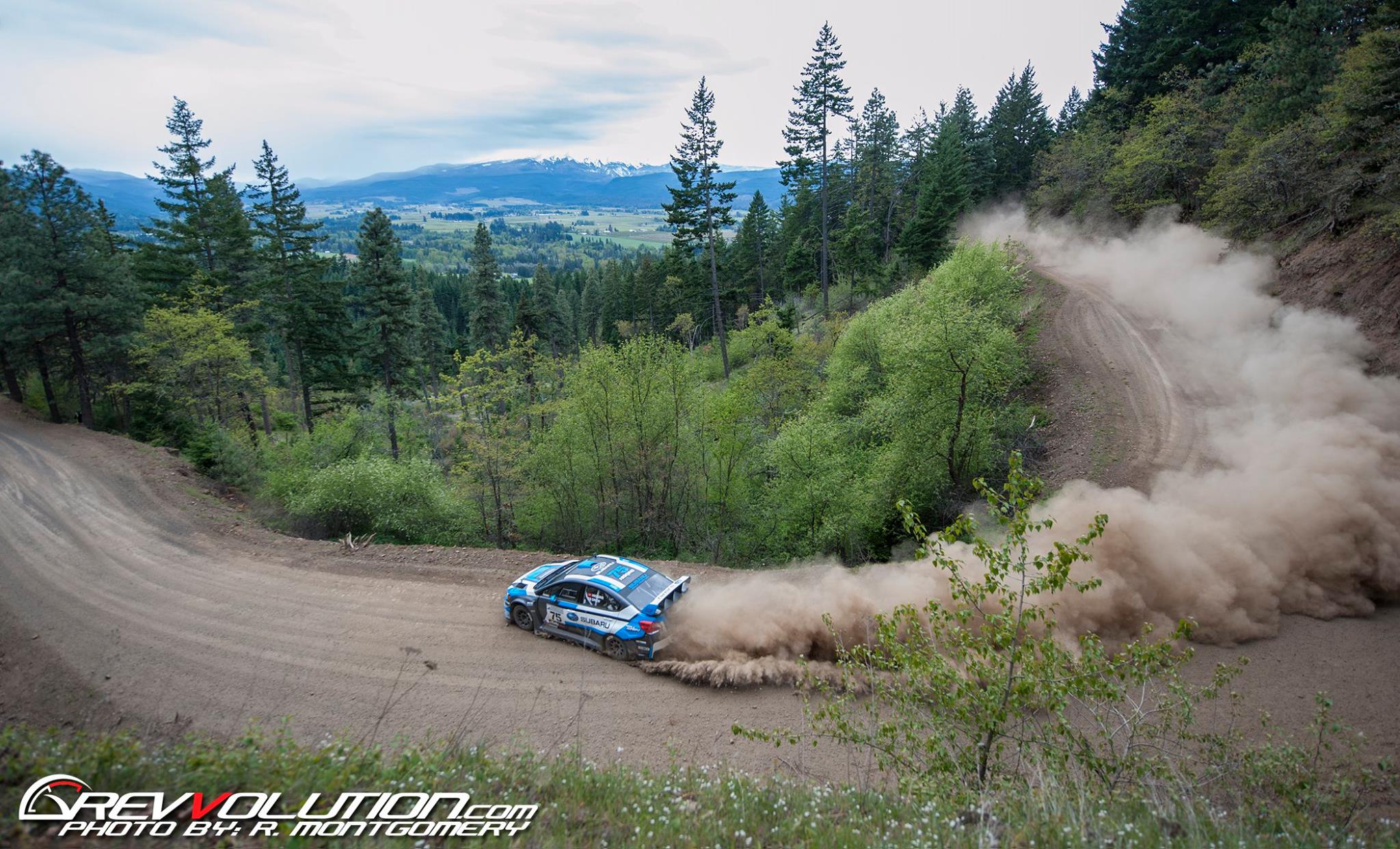 So with that.. Congratulations to Higgins and Drew on winning the 2015 National Championship…. 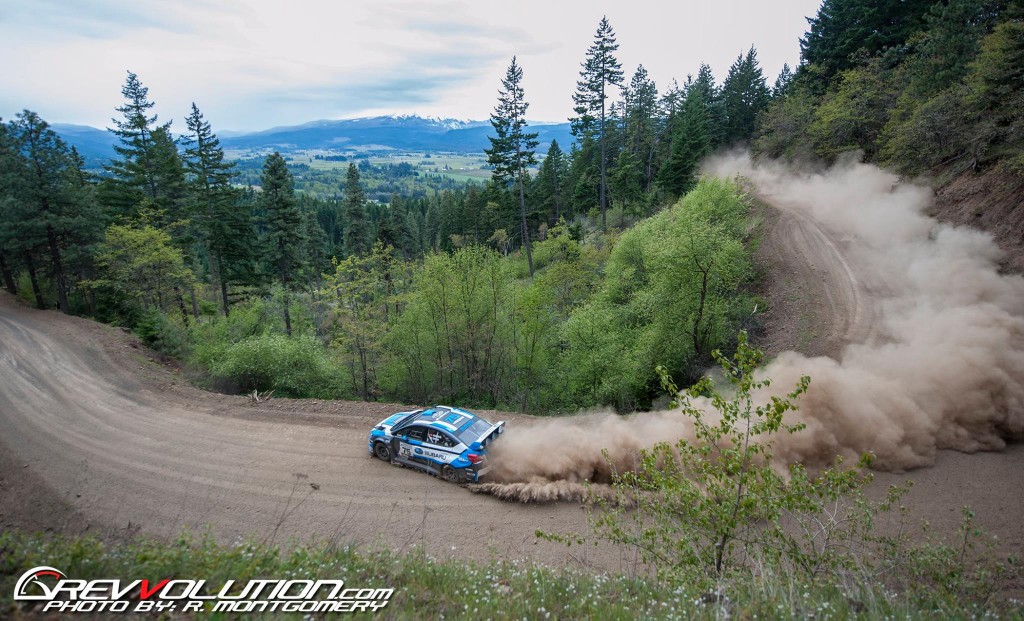 Higgins and Drew led from the start of the rally, winning all four stages held at the Portland International Raceway.  But an intermittent technical issue coupled with new rules designed to limit performance factored into the duo losing some time on Saturday. As a result of these mechanical gremlins, the factory backed team was forced, to push hard in order to maintain the lead as Adam Yeoman and co-driver Jordan Schulze crept within 20 seconds of the leaders in their FY Racing Subaru WRX STI. 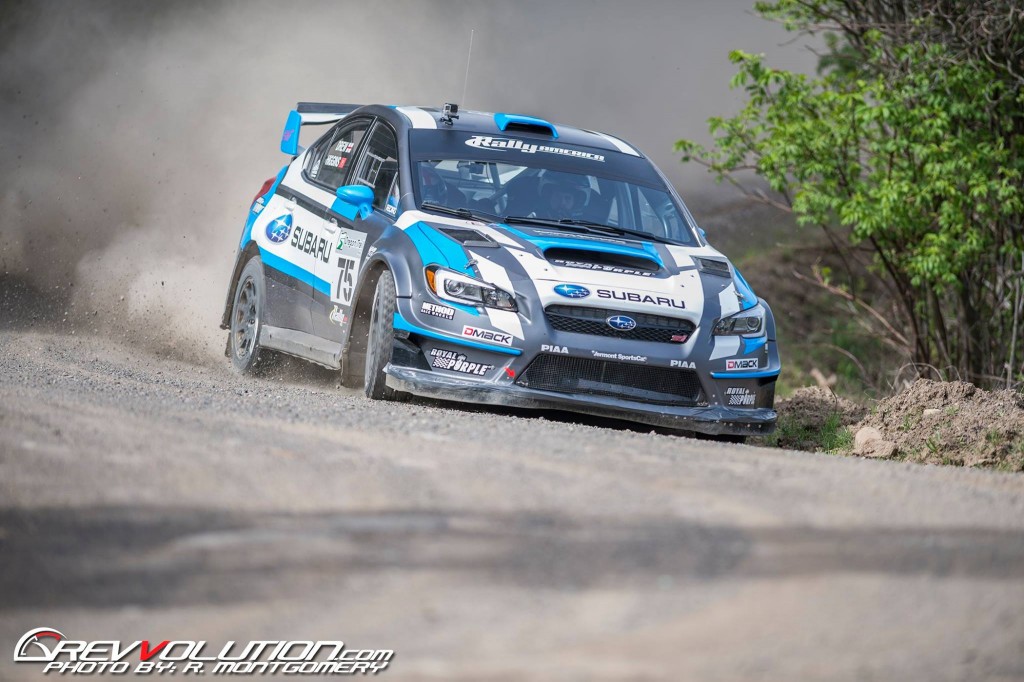 Following a three hour engine swap overnight on Saturday, Higgins and Drew return to full speed by the final day of the rally and once again, left all competition in their dust.

“The key for me is you’ve got to learn to drive around problems,” Higgins said. “Winning rallies and winning championships is all about making the best out of the bad situations, keeping your head down, concentrating, and enjoying it, because that’s the main thing: if you can drive through it all with a smile on your face it makes it a whole lot easier.” 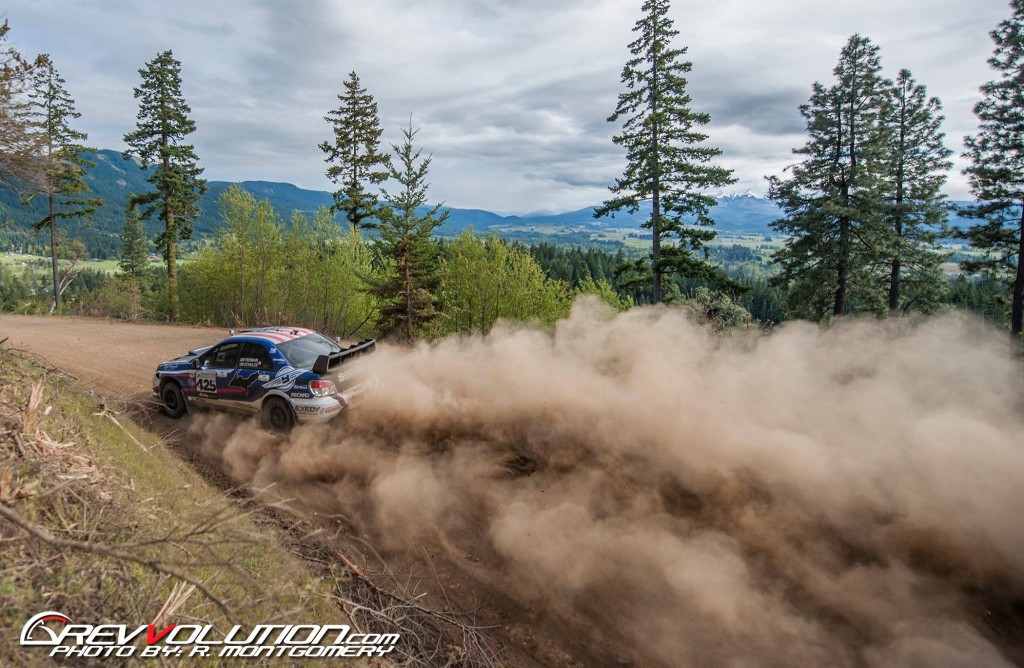 Yeoman and Schulze finished second overall, a huge moral boost for the team as FY Racing has had a tough start to 2015.  With a pair of DNFs to open the season, the podium result puts them back in the hunt for the Rally America championship, err…  second place… 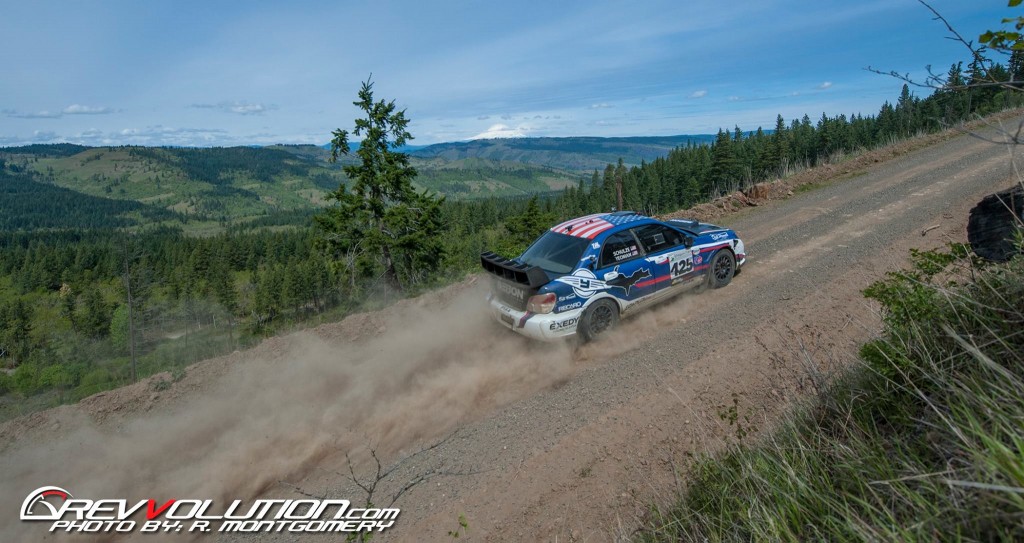 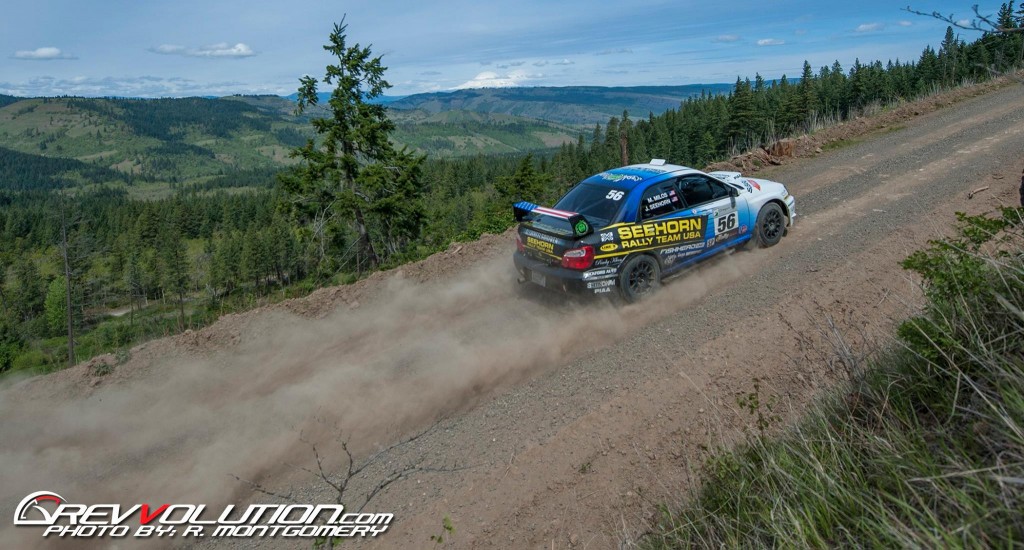 Third place was a bit more complex.. Although the Subaru STi of Seehorn Motorsports Racing of Jeff Seehorn and co-driver Michael Milos finished with a time that should have placed them on the bottom step of the National podium. The lack of a $1,200 payment to the sanctioning body to have “National Competitor” next to their name resulted in George Plsek and co-driver John Hall, taking home the third place position in their Mitsubishi Lancer Evolution. 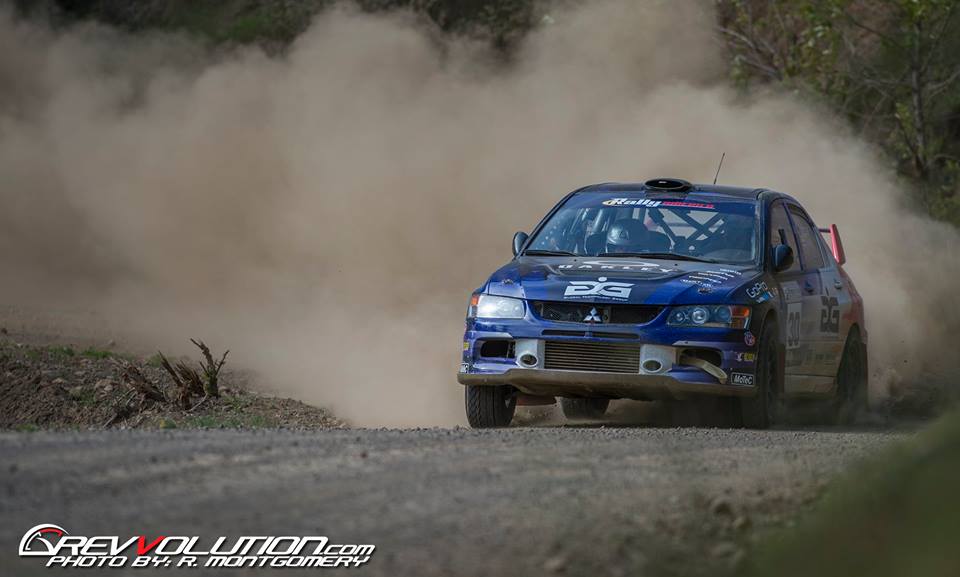 Not to let the debacle of Regional vs National competitor loom over the final placements. In a new to him car, George Plsek celebrated 20 years of rallying by setting very fast stage times while remembering his father and the memories they built rallying together over the years. 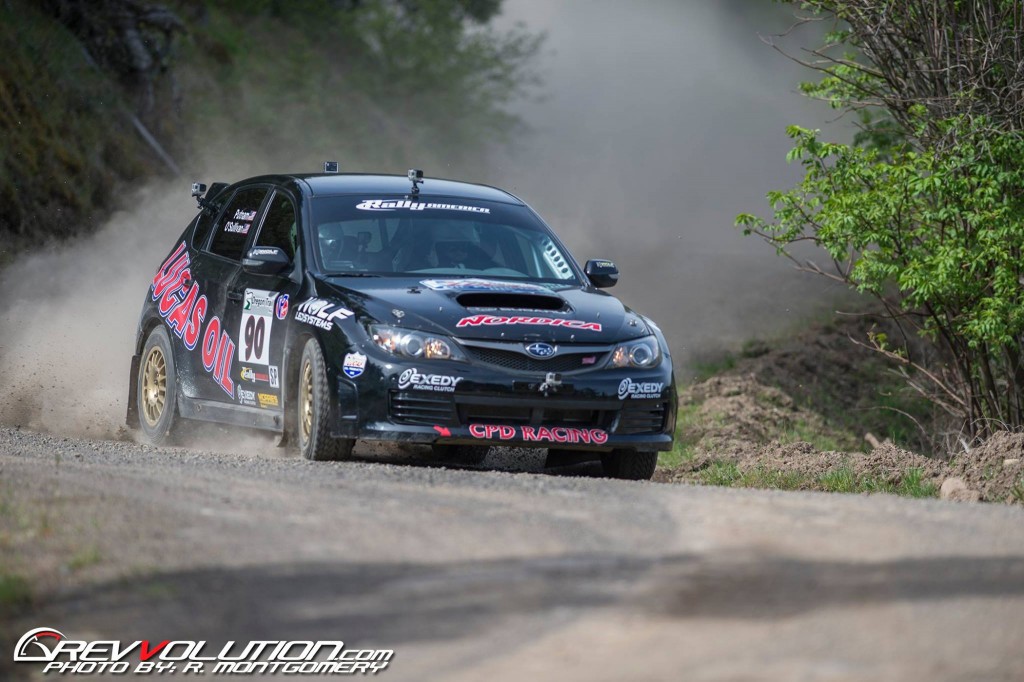 Lauchlin O’Sullivan and co-driver Scott Putnam took the Super Production class win in their 2009 Subaru WRX STI with a fifth-place overall result. “Oregon came back and paid us back on this one because it’s been a couple years: I’ve had some really bad luck here,” said O’Sullivan. “I’m very happy with the result, obviously, and it’s great news for the championship: we’re leading the championship now.”

As with all rally events, attrition is key. Oregon Trail Rally saw a number of leading competitors out early. 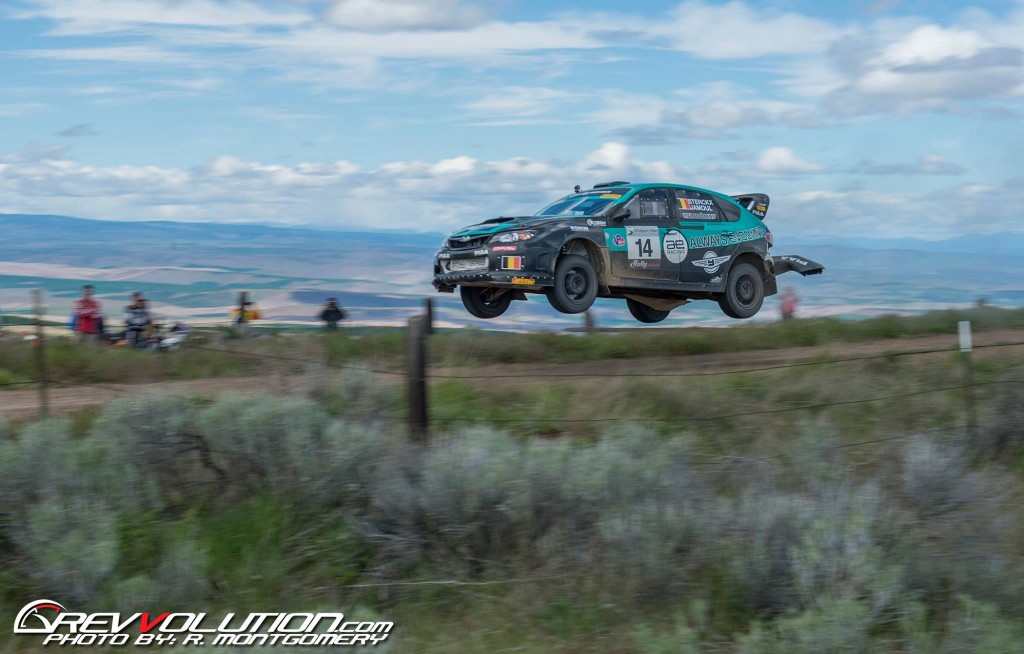 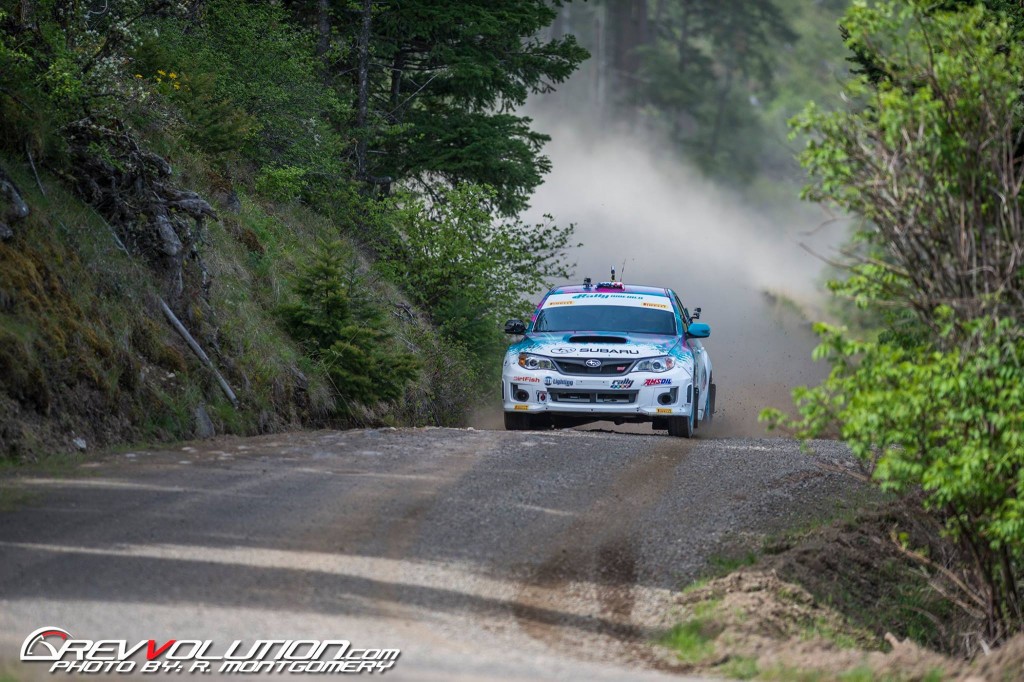 Nick Roberts and Rhianon Gelsomino, had been leading the Super Production class and sitting in third overall when a hose fitting to the oil cooler failed ending their event on Stage 14. 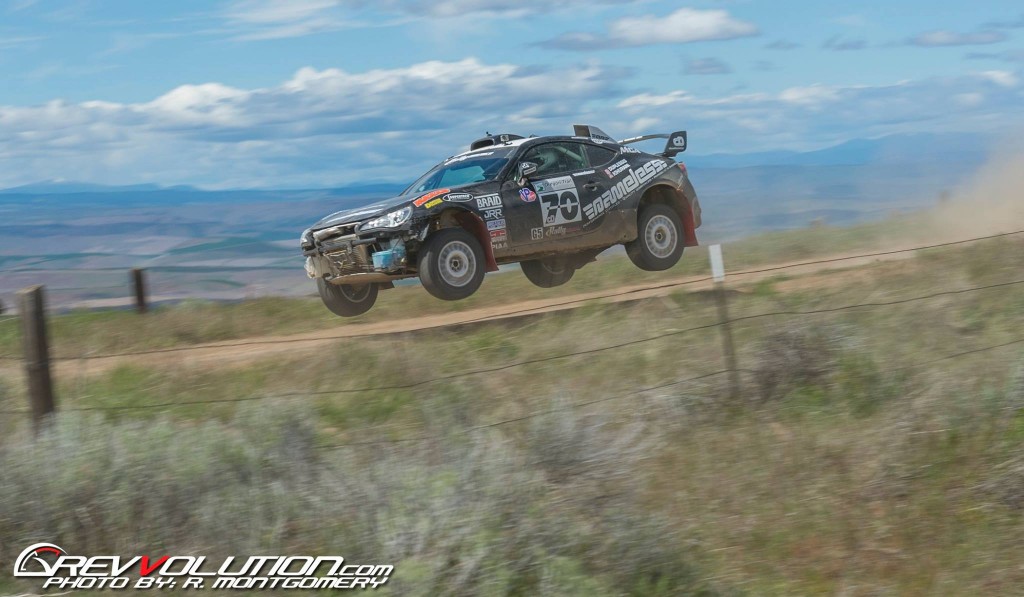