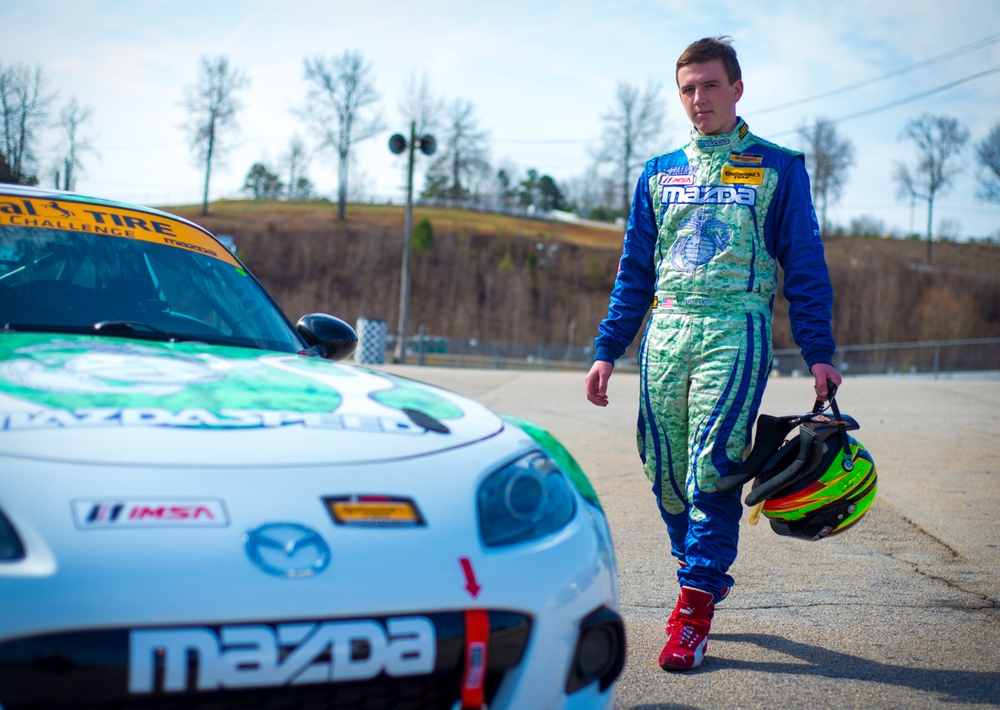 When the IMSA Continental Tire SportsCar Challenge field gets the green flag at Road America on Saturday, August 9, it will be the debut professional race for 16-year-old Britt Casey, Jr. Casey will be co-driving the No. 27 Freedom Autosport Mazda MX-5 with Mark White.

Most recently, Casey finished second in the Spec Miata Cup Championship with an impressive 11 podiums, seven wins and two poles. His competitors voted him “Most Improved Driver” for two consecutive seasons.

With such an auspicious start in a Mazda, choosing to join forces with Freedom Autosport was natural. The Inverness, Illinois, resident tested with the team at both Road Atlanta and Virginia International Raceway, clicking right away with the crew and drivers.

“I am very excited to be part of the Freedom Autosport team and to be driving with such a well-established driver as Mark White,” said Casey. “I have tested with Mark and I really appreciate his coaching and driving style. This is really a dream come true to be racing at this level in my fourth year of competitive driving. I started testing with Freedom Autosport early this year, and things have been going extremely well. I’m excited to be part of such a successful team along with my sponsors: ClothingShop Online, Dent Recon, EMCO Gears and Keeley Construction.”

In addition to Casey and White in the No. 27 Mazda, Freedom Autosport’s Road America entries include Mark and Mat Pombo in the No. 25 and Randy Pobst and Andrew Carbonell in the No. 26 Mazda MX-5. The Pombo brothers finished fourth at Indianapolis Motor Speedway two weeks ago, and they are hoping to carry that forward momentum into Road America.

Fans can see Casey’s IMSA debut and the rest of the Freedom Autosport lineup on Saturday, August 9, at 12:15 p.m. ET. The race will also be broadcast on Fox Sports 1, with coverage beginning at noon on August 17.