The Volkswagen Andretti Rallycross team made a spectacular start to its inaugural Red Bull Global Rallycross Championship campaign, with Scott Speed winning outright in the #77 7UP Volkswagen Polo. Although the California native suffered a mechanical failure during the heat rounds, he came through to win the final in the team’s first outing in the series. 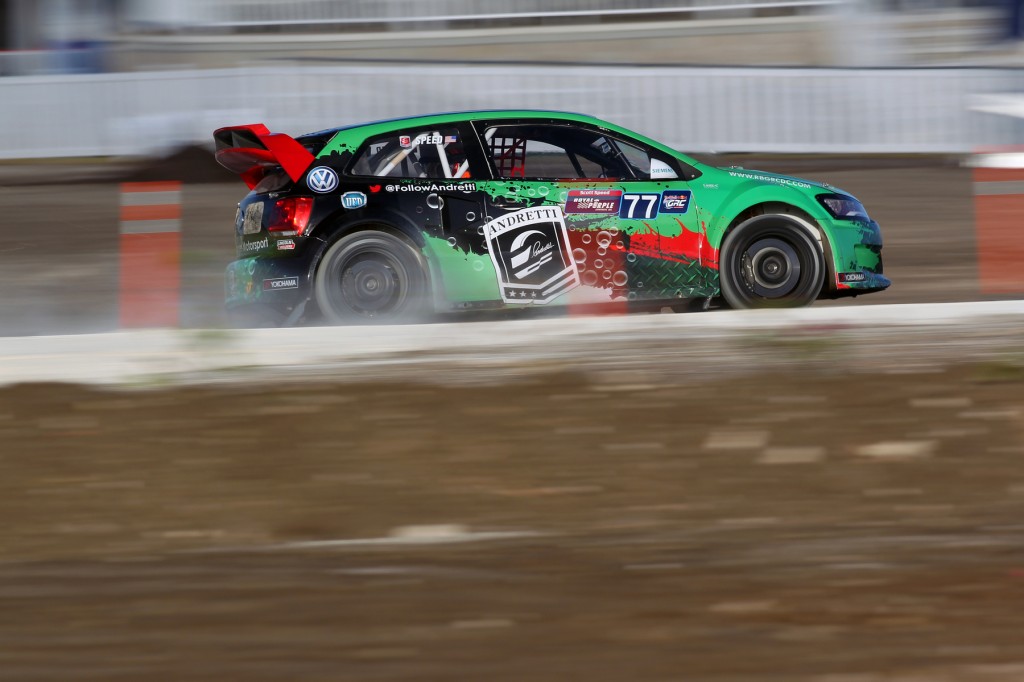 “It was an awesome weekend here in Barbados,” said Speed. “We had the pace right away, but with a big mechanical issue in the heat race, we had to come from behind from that point on. The guys did a great job twice, getting the car ready to make qualifying and to make it into the last heat. We were hoping that we were going to win first time out this season, but it’s really special for everyone at Andretti, Volkswagen, 7UP and United Fiber & Data.”

Tanner Foust, driver of the #34 Rockstar Energy Drink Volkswagen Polo, won his first race, but was then involved in a red flag incident in the second round of heats, which meant he missed out on a chance to race in the final.

“Round one of the Global Rallycross season was bitter-sweet for me in the Rockstar Energy Drink Volkswagen Andretti Rallycross Polo,” said Foust. “The car was fast, with a win on day one and we were quick in the morning of day two, but one long jump started a sequence of events that ended up keeping us from racing the finals. With the support of a great team from Volkswagen Motorsport and Andretti Autosport, the car is now the class of the field—and we can’t wait to see what the Beetle offers up!”

The Red Bull Global Rallycross event from Top Gear Festival Barbados will be broadcast on Saturday, May 24 at 1pm Eastern Time on NBC. The next round of the series will take place at X Games Austin, held at Circuit of the Americas on Saturday, June 7.

About Andretti Autosport
Based in Indianapolis and led by racing legend Michael Andretti, Andretti Autosport boasts a wide racing portfolio rooted in tradition and designed for success. Together with Andretti Formula E and Volkswagen Andretti Rallycross, Andretti Autosport fields multiple entries in the Verizon IndyCar Series, Indy Lights presented by Cooper Tires and the Pro Mazda Championship presented by Cooper Tires, along with entries in the FIA Formula E Championship and Global Rallycross. The company boasts three IndyCar Series championships (2004, 2005, 2007 and 2012), two Indy Lights titles (2008 and 2009), one Pro Mazda championship (2013), one USF2000 championship (2010) and has twice captured victory at the famed Indianapolis 500 (2005 and 2007). To share in the Andretti story, please visit online at AndrettiAutosport.comor AndrettiTV.com and follow along on Twitter via @FollowAndretti.