The Volkswagen Andretti Rallycross team battled adversity all weekend at Volkswagen Rallycross D.C. to bring home fifth and sixth positions in the final on Sunday afternoon. The third round in the Red Bull Global Rallycross Championship began with both Tanner Foust and Scott Speed suffering mechanical issues, taking them out of Saturday’s heat races. 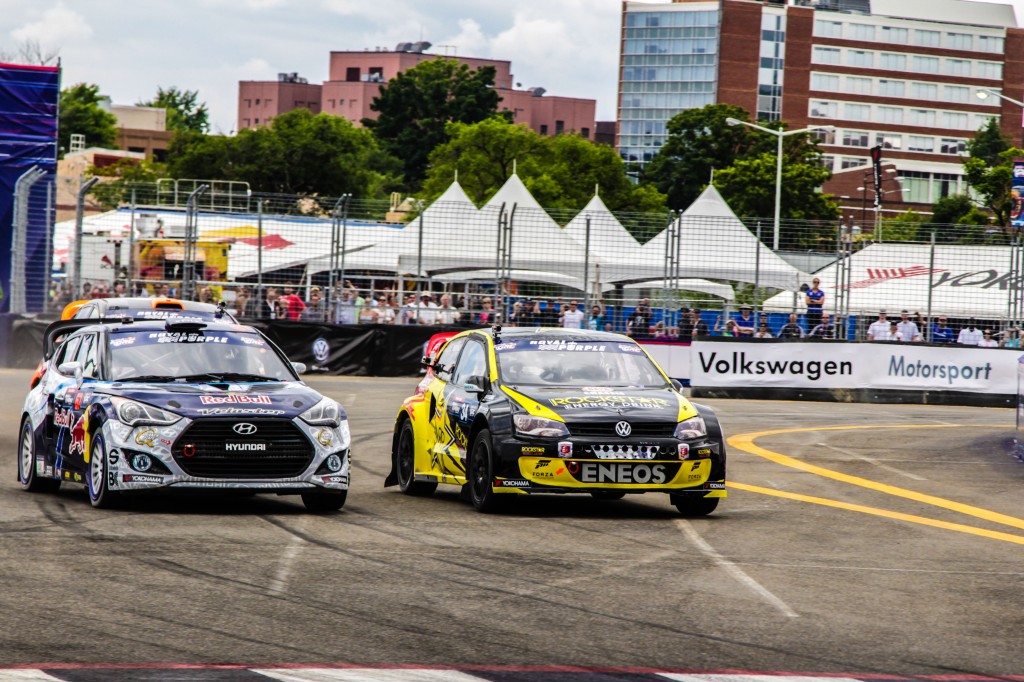 “Hats off to our team. The Andretti crew worked unbelievably hard and replaced two engines on Saturday night and rebuilt a gearbox,” said Foust, driver of the No. 34 Rockstar Energy Drink Volkswagen. “With only one spare engine in the truck, the team had to do some amazing work to get both cars back up and running.”

On Sunday, the cars were back on the track, with Speed moving up from sixth place to second in his semi-final, and Foust winning the last chance qualifier to bring both drivers into the final. Unfortunately, there weren’t enough laps in the race to get either driver to the podium, but Speed was able to maintain his position at the top of the driver championship standings. 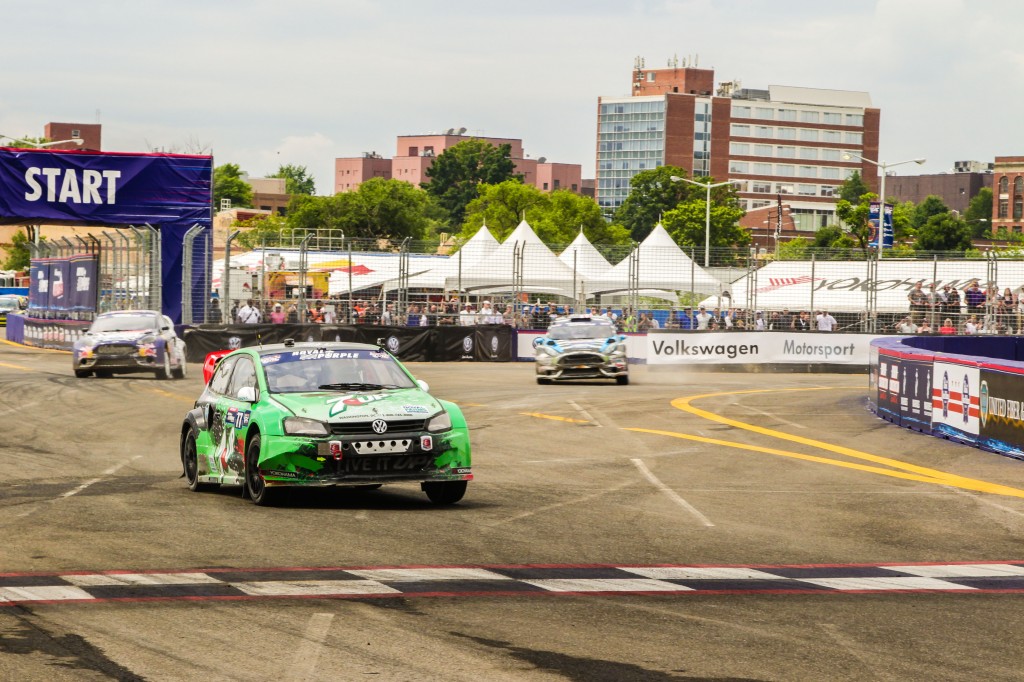 “To come in sixth and get those points is good considering the weekend we faced with mechanical issues,” said Speed, driver of the No. 77 7UP Volkswagen. “The car still has a lot of speed and we’ll battle back in the next round.”

In addition to the race, fans visiting RFK Stadium were the first to see the 544-horsepower Beetle GRC racecar in its public debut on Sunday. Both Volkswagen Andretti Rallycross GRC Beetles will be hitting the track later this year.

Volkswagen Rallycross New York will host the next round of the Red Bull Rallycross Championship at Nassau Veterans Memorial Coliseum, from July 19-20. NBC will air the race live on Sunday, July 20 at 2 p.m. ET.