The streets of London echoed to the sounds of F1 this weekend as the capital’s roads were closed for an amazing street demonstration.

After years of speculation about a potential F1 street race, the financial heart of the capital was closed down prior to the British Grand Prix to host a demonstration event to showcase the spectacle of F1 in London. 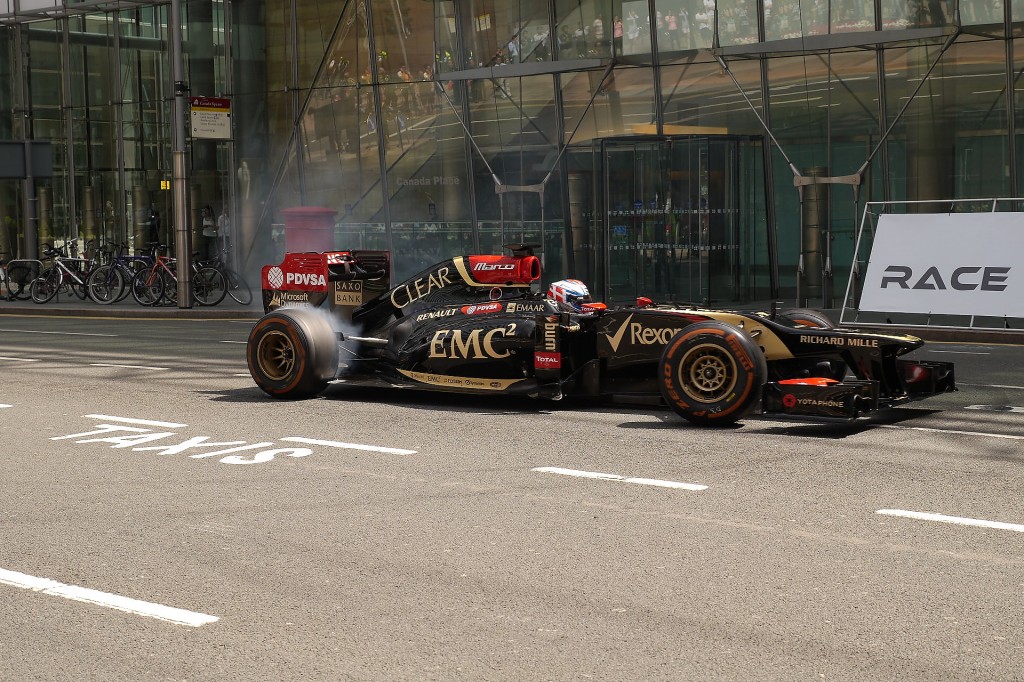 Lotus F1 Team Test and Development Driver Marco Sørensen drove his car, which is capable of speeds of over 190mph, through the roads of the Canary Wharf development to mark the start of the build-up to this year’s Race Week Festival in London during the British Grand Prix. Race Week is a celebration of F1 cars and all things fast, in central London on Thursday 3rd July at the Honourable Artillery Company giving F1 fans to get up close with live F1 cars. 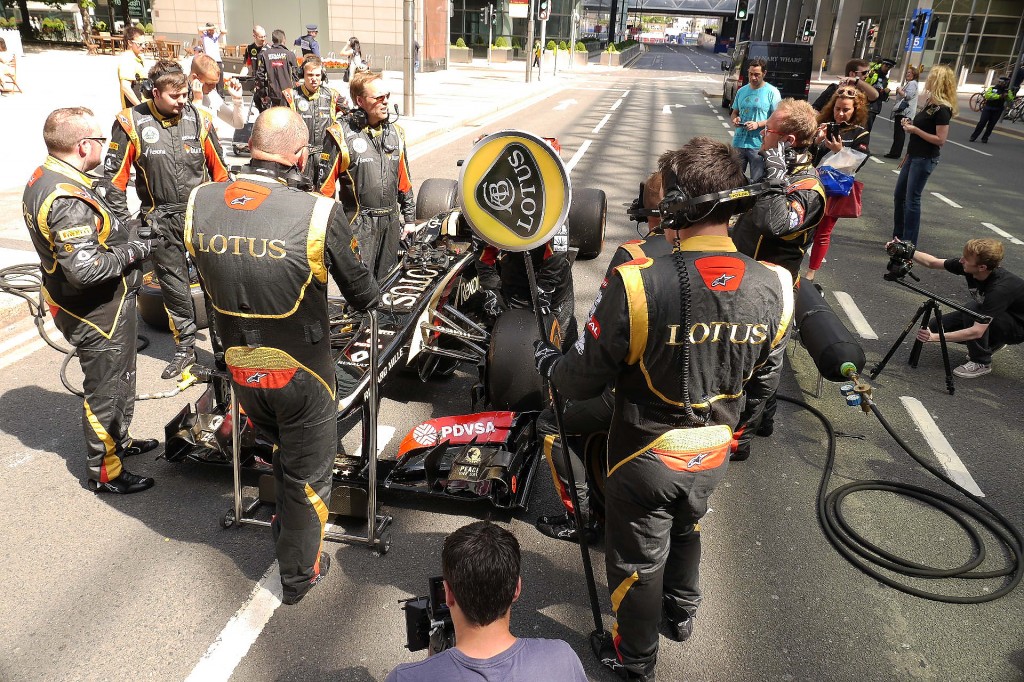 Jonny Dodge, organiser of Race Week, said: “Today we created a Monaco-style street circuit in London to prove it could be done, we hope that we can bring the Grand Prix to London in future years.”

Lotus F1 Team driver Marco Sørensen said: “This has been such an amazing opportunity to drive around the streets of Canary Wharf. Of course, it would be incredible if there was a Grand Prix in London. It’s always special to drive a Formula 1 car and I appreciate the opportunity to do this at such an exclusive location so thank you to Race Week and EMC.”

Murray Irvine, CFO for Lotus team sponsor EMC said: “Most of the teams are based in England not far from London and a lot of the technical innovation for the F1 cars comes from London so it would be giving something back to the capital to have a race here.

“It would be a huge boost for the city in terms of tourism and jobs and would give a real feel good factor to the city, just like the 2012 Olympics did.

And he added: “A London street circuit would give fans a real opportunity to see, hear and smell the cars up close.” 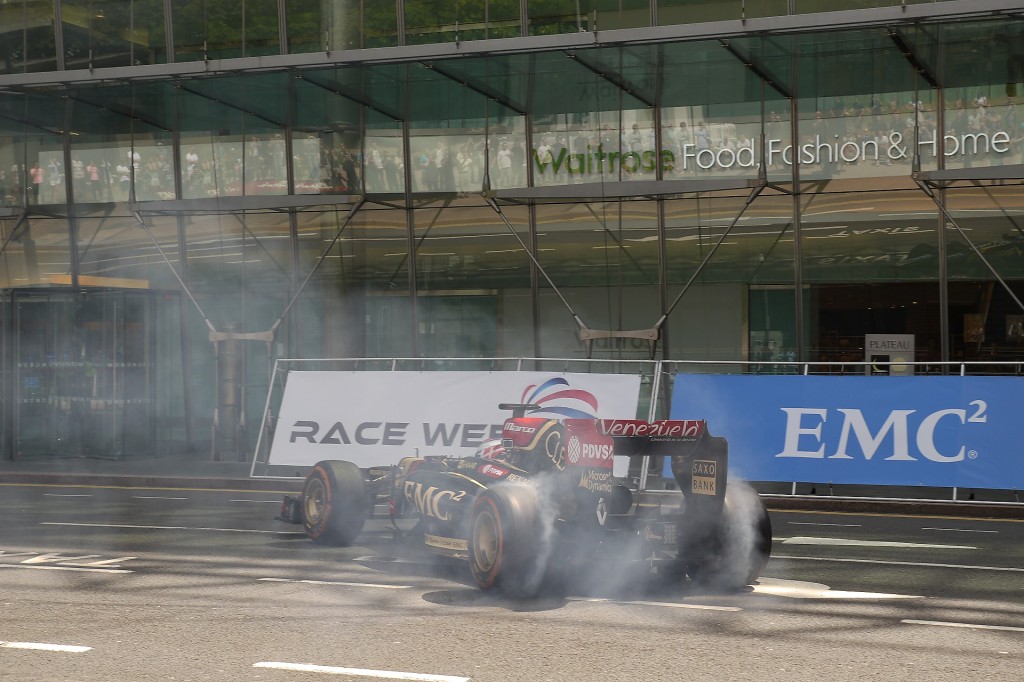 I hope we could have a race here like Monaco. England is the home of motor sport and a street circuit in London would be an amazing and challenging race for the drivers.

“We think this is something that the F1 fans are really going to relish. The opportunity to see the car in action up close and it would be great for F1 to consider having a GP in London for the future.”

The Canary Wharf Group granted permission for Lotus F1 Team to drive their car around the streets for the whole morning and several thousand fans turned up to see the spectacle.

A spokesman for Canary Wharf Group said: “This is what a potential London Grand Prix may look like.”