Toyota Racing battled to a podium finish at the Le Mans 24 Hours at the weekend, but left the Circuit de la Sarthe reflecting on a frustrating race that saw hopes of victory dashed. 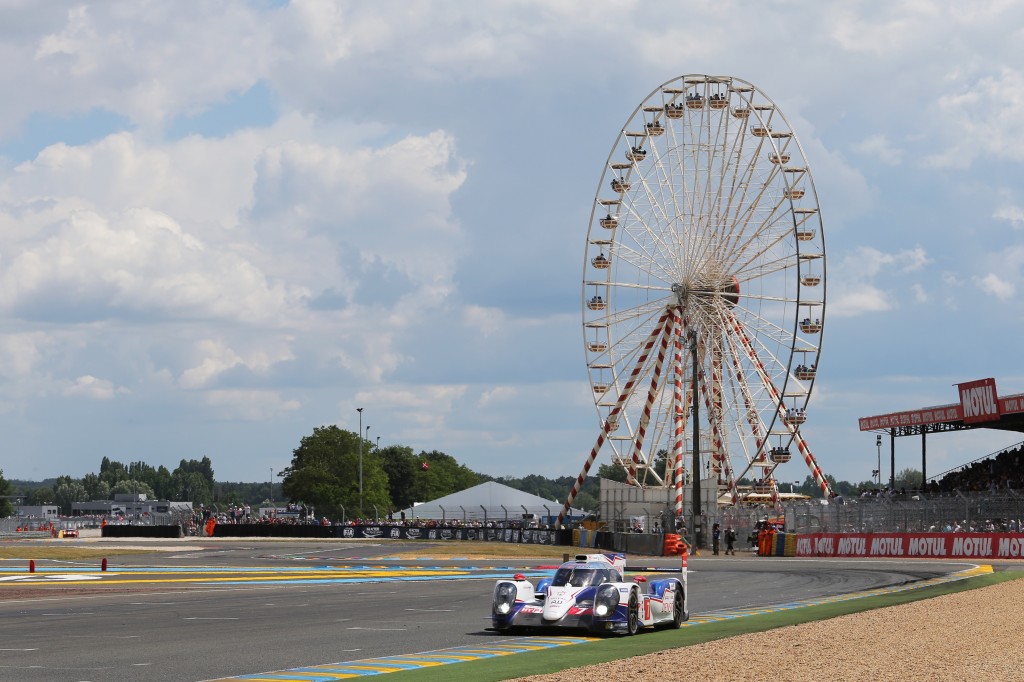 The No8 Toyota Hybrid TS040 of Anthony Davidson, Nicolas Lapierre and Sébastien Buemi finished third to maintain their lead in the World Endurance Championship and record Toyota’s fifth top-three finish at Le Mans. 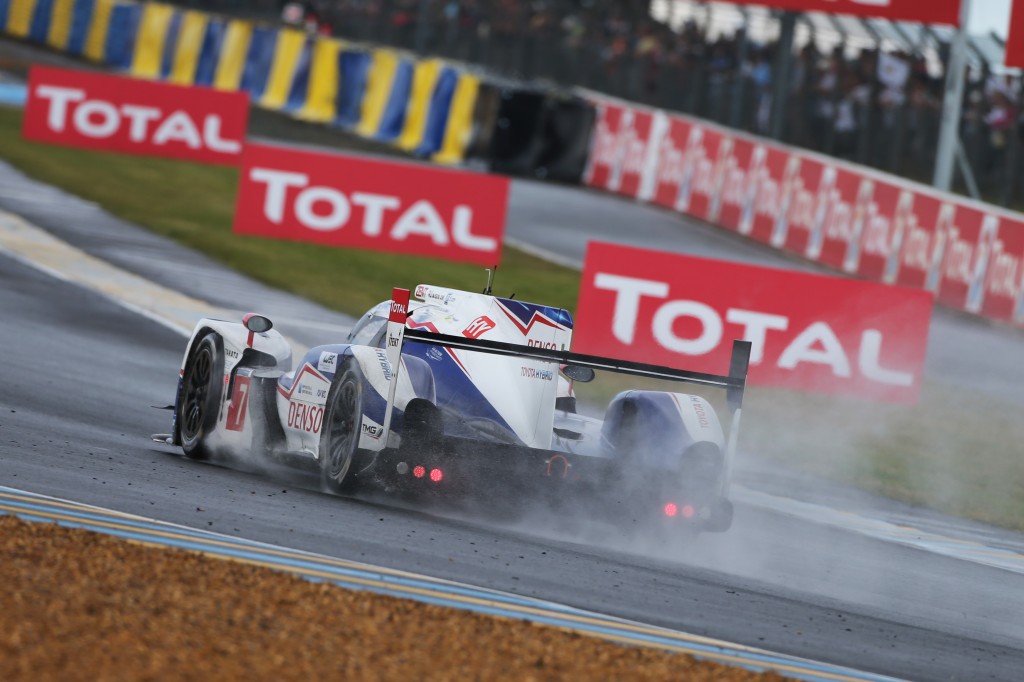 The team experienced bitter disappointment, however, when the No7 car of Alex Wurz, Stéphane Sarrazin and Kazuki Nakajima was sidelined from the race while holding a strong lead. Having started from pole position, the Toyota Hybrid fell victim to electrical problems as the race neared the 14-hour mark. 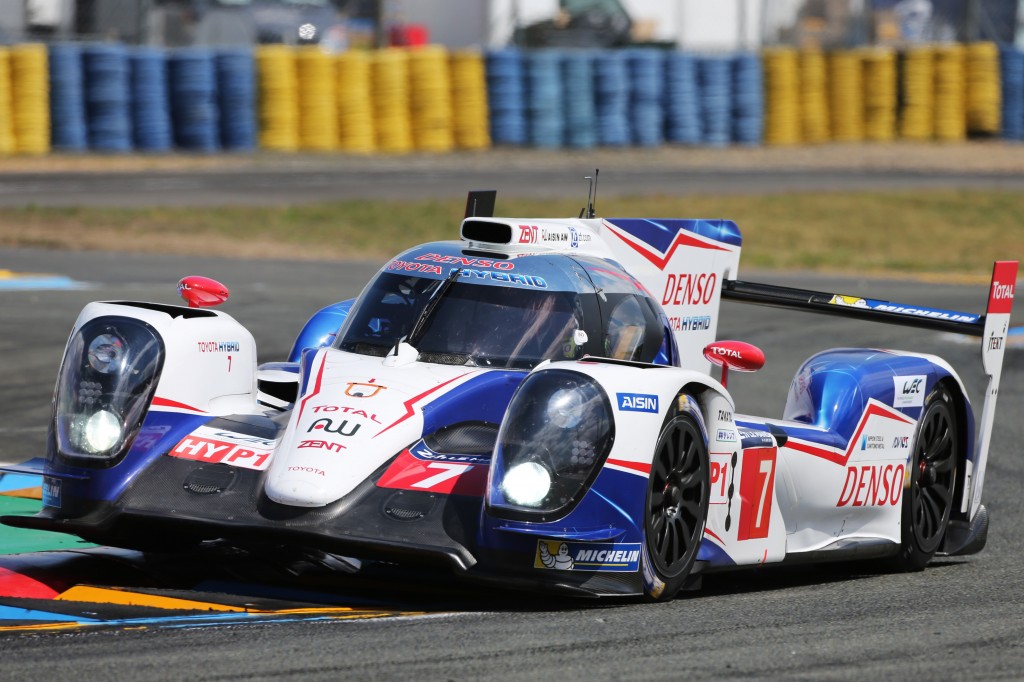 Earlier, the No8 car saw its propsects of contesting victory dashed when it was involved in a multi-car accident during a sudden downpour. Lapierre managed to get the damaged car back to the pits, but 50 minutes were lost while repairs were made. There followed a determined fight back from eight laps down to ensure as many championship points as possible were secured. 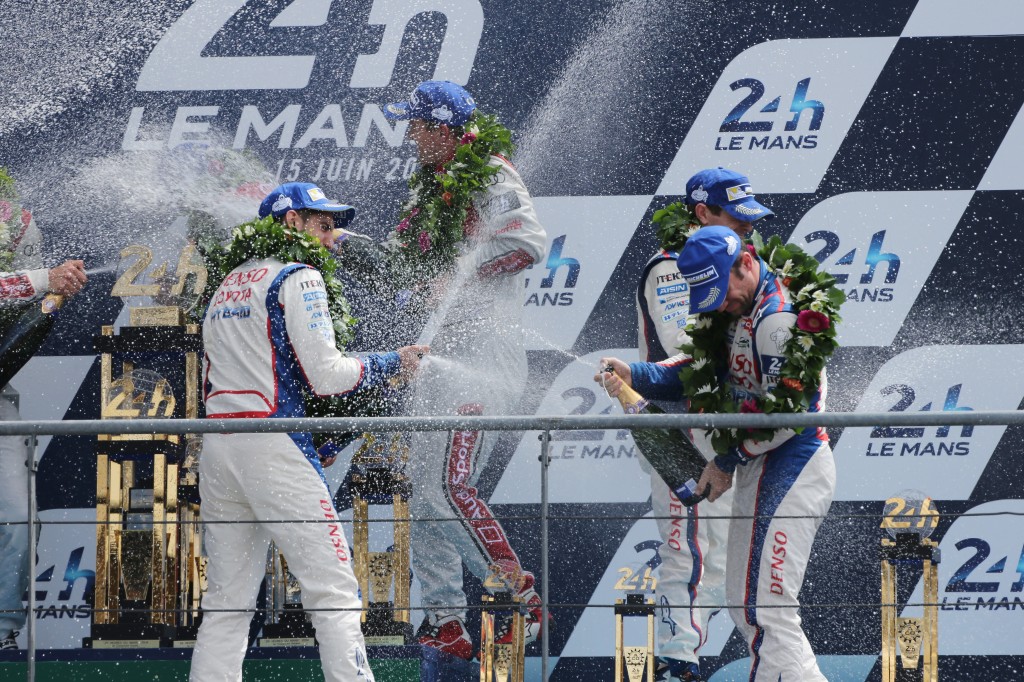 In spite of a further delay later in the race, Davidson, Lapierre and Buemi climbed up the leader board to claim a bittersweet third place at the chequered flag.

Anthony Davidson said: “We had the speed all along but it didn’t go right in the tricky conditions and the car was heavily damaged. From there we were on the back foot. It could have happened to anyone, it was just one of those things. 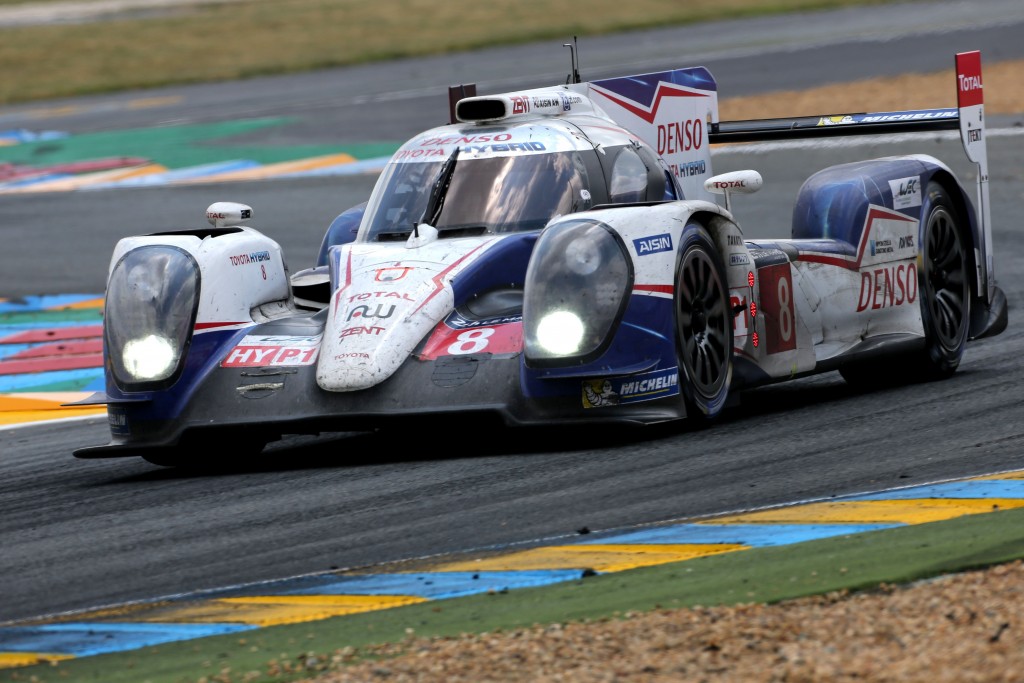 “I was surprised to be standing on the podium. From not having been in the top 30 after the accident, to end up on the podium just goes to show the speed. The win comes to you, not the other way around in this race.

The next round of the 2014 FIA World Endurance Championship will be at the Circuit of the Americas in Texas, in September.