A Nissan-powered LM P2 car took the class victory at the Le Mans 24 Hours today for the second year in succession. The Jota Sport Zytek-Nissan strode to a dominant class win and fifth place overall at what will be remembered as one of the toughest Le Mans 24 Hours in recent years. Nissan power took a 1-2-3-4-5 finish in the LM P2 class in one of the best ever results for its P2 engine. 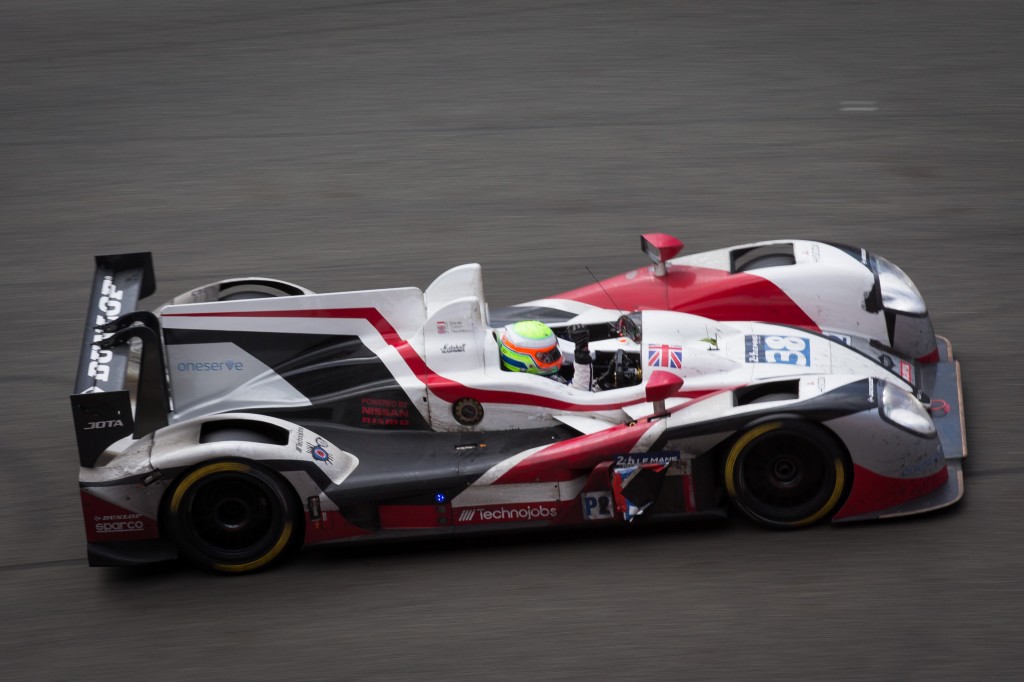 Today’s result was a strong demonstration of the highs and lows of motorsport – a win for the NISMO-tuned Nissan VK45DE V8 engine but heartbreak for Jann Mardenborough and Mark Shulzhitskiy, Nissan’s gamers-turned-racers who had to settle for fifth in class after leading for over 14 hours.

The No.35 Oak Racing Ligier-Nissan took the lead of the race a few hours in but had to give up the fight for victory just two hours short of the finish when they had a spark plug issue that left them down on power and unable to defend their position.

“It was during the first of my daytime stints this morning that I realized I wasn’t getting full power from the engine,” explained Mardenborough. “I came in for the team to check it out, and ultimately the decision was taken to change some of the spark plugs.  This fixed the issue but by the time we found it we had lost the lead and were too far back to fight. I’m happy with how I drove here. My long stint last night is the best I have ever felt in a car and I loved racing in the dark. I’m happy about that and I feel proud that we led the race for 14 hours. We would have walked it without any issues. Le Mans can be cruel.”

“I love driving so I want to race anywhere, anytime but after a week like this I’d love to come back to Le Mans,” said Shulzhitskiy. “It is such a great, crazy race. We had a great team, a great car and the two fastest teammates out there so for me that made things easy. I just had to stay on the track and overtake slow cars. It is a shame for the whole team because it was such a little problem with the car that cost us a victory.”

“Motorsport is a rollercoaster,” said Darren Cox, NISMO’s Global Head of Brand, Marketing & Sales. “We’re all racers at heart and that’s why we’re so disappointed with what happened with the No.35 car.  Like Jann said, we would have walked it. Jann, Mark and Alex was a great line-up of drivers. I’m surprised that everyone’s surprised that Mark made such a strong debut. There is no doubt that yet again the gamers have done a great job. It’s all about the highs and lows. It’s good to see our customers up at the front with a podium lock out. The people we work closest with are our drivers and they were denied a win and what a story that would have been, for gamers to win Le Mans. Look at ZEOD too – the massive high on Saturday morning when we did the all-electric lap of Le Mans and the low only hours later.  In that case the high was delivered by new technology and the low delivered by the old.  It’s the same here as we lost because of an issue with spark plugs. Le Mans is the biggest test of endurance, not only for vehicles but for the people and there are some broken people here this weekend. We’ll be back next weekend though. Watch out at the Red Bull Ring as Jann will be hungry for a GP3 result and we will be racing at the home of the GT-R: the Nurburgring Nordschleife.”