Aston Martin Racing will head to its tenth consecutive 24 Hours of Le Mans next weekend (14-15 June) with its four Gulf-liveried V8 Vantage GTEs and Team Principal John Gaw says the team is better prepared than ever for the world’s most famous 24 hour race but that the challenge is the biggest to-date.

Aston Martin has competed in the 24 Hours of Le Mans many times since it made its debut in 1928, most notably winning the race overall in 1959, and the manufacturer’s modern motorsport division, Aston Martin Racing, has contested the iconic endurance race every year since the team’s formation in 2004.

In 2007 and 2008 the team claimed GT1 class victories and, although John Gaw says this year is the most challenging to date in terms of class competition, he also believes the team is better prepared than ever.

“This is the third Le Mans in Aston Martin Racing’s return to GT racing and, subsequently, the team is in a very strong place,” comments Gaw. “The competition in our class will be intense this year, for sure, but the team is the most prepared it has ever been.

“But preparation is just part of what we need to be successful. A key ingredient, of course, is the drivers and I’d argue that this year we have the strongest line-up in the GTE Pro class with the #97 car, while both of our GTE Am cars could fight for the class win.

“Our #99 GTE Pro team has two Le Mans rookie drivers so this is a learning year for them, but they are doing a solid job so far and the team is one to watch for the future.” 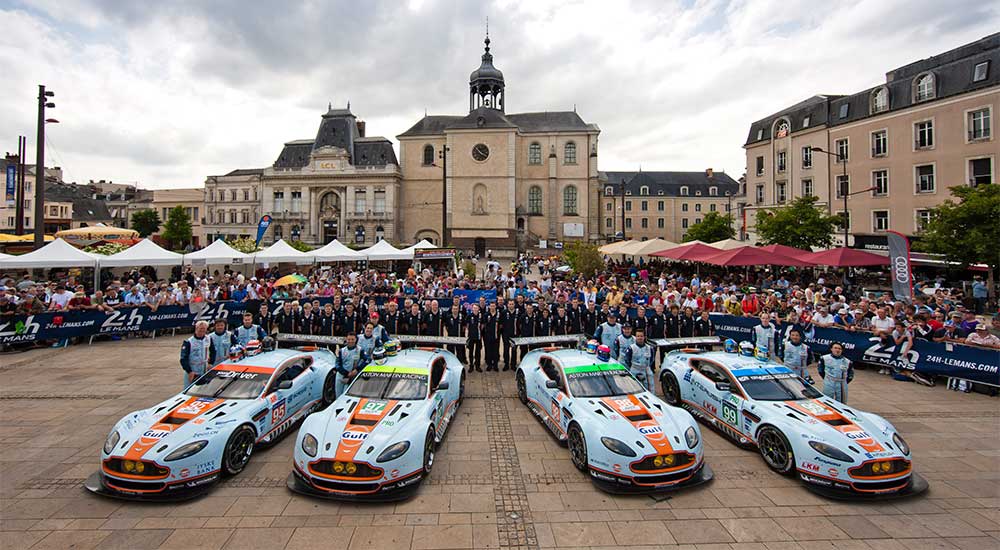 Turner, double GT class Le Mans-winner, commented: “We came here for the test last weekend and on paper it looked like we were struggling. However, we were actually doing what I call ‘homework’; all the things you need to do before going racing, such as bedding in brakes. We got through all our homework in the morning but didn’t put in a representative lap time.

“In the afternoon we managed to get some good laps in and, although we’re still a little bit off the competition, if you look at the sector times we’re not as far off as it seems. The car is different from last year: the 5mm ride height change we had over the winter has created a new problem for us at Le Mans. When we are in low downforce trim it affects the predictability of the car under braking. This makes the car a bit more of a handful but we just need to find a good balance. I’m confident that our team will manage to do this ahead of the race.”

In the GTE Am class, the #95 Young Driver AMR V8 Vantage GTE returns to race with Aston Martin Racing for the third consecutive year, with its sight sets firmly on the top step.

“So, we are confident that the elements within our control are all in place,” continues Gaw. “However, as with any endurance race, the final element comes down to those factors out of our control: what others on track do; the weather – which is unpredictable in Le Mans – and safety cars, for example. We’ll just have to see what happens on the day.

“What we are clear about, however, is that we are ready for the fight.”