After competing in the series since its foundation. Rhys Millen finally won the first race of his Red Bull Global Rallycross career at Daytona International Speedway on Saturday. Millen held off a hard-charging Ken Block for the victory, while Bucky Lasek crossed the line third for his second podium of the season. 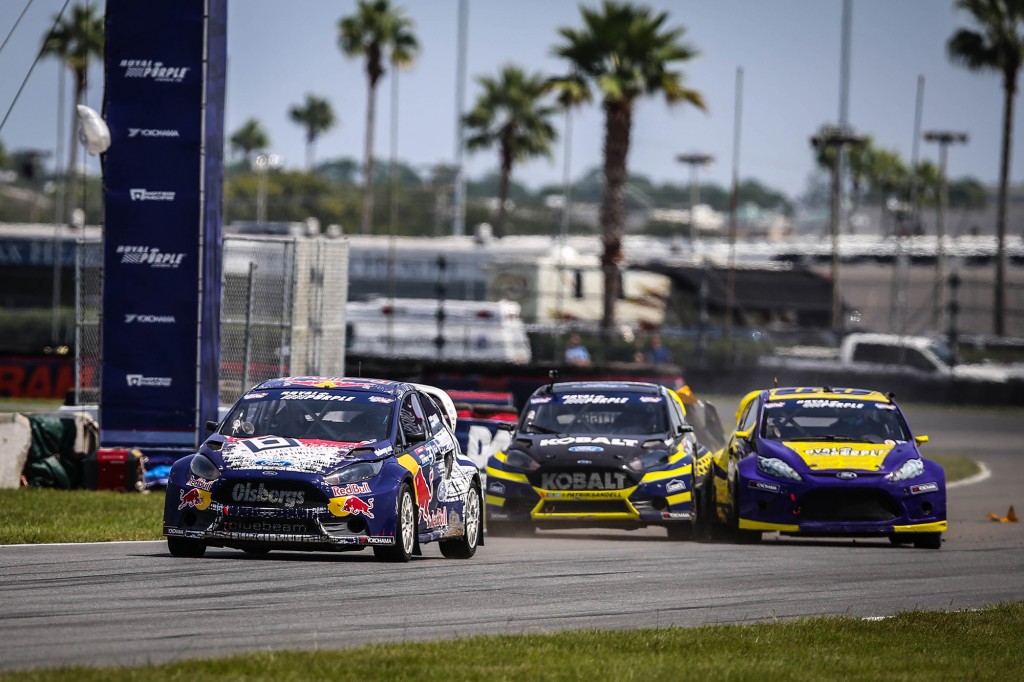 HEAT RECAPS: A hot and humid Friday set the stage for a weekend of rough-and-tumble action. Five drivers took heat victories, with polesitter Joni Wiman the only driver to sweep his heats; the other four went to Scott Speed, Patrik Sandell, Ken Block, and Steve Arpin. Tensions were high after side-by-side action over the jump, with an intense battle in Heat 2B between Wiman and Sverre Isachsen leading to a shouting match in the pits.

In the first semifinal, Wiman’s first-lap stall allowed Bucky Lasek and Rhys Millen to get around him, with Millen eventually taking the win, while Austin Dyne outlasted the field to win the second semifinal. Tanner Foust challenged Dyne for the lead, lost control of the car, and hit the tire barriers trying to avoid Dyne’s braking, but recovered to beat Ken Block for the final transfer spot. Block won the LCQ over Wiman, Isachsen, and Speed. 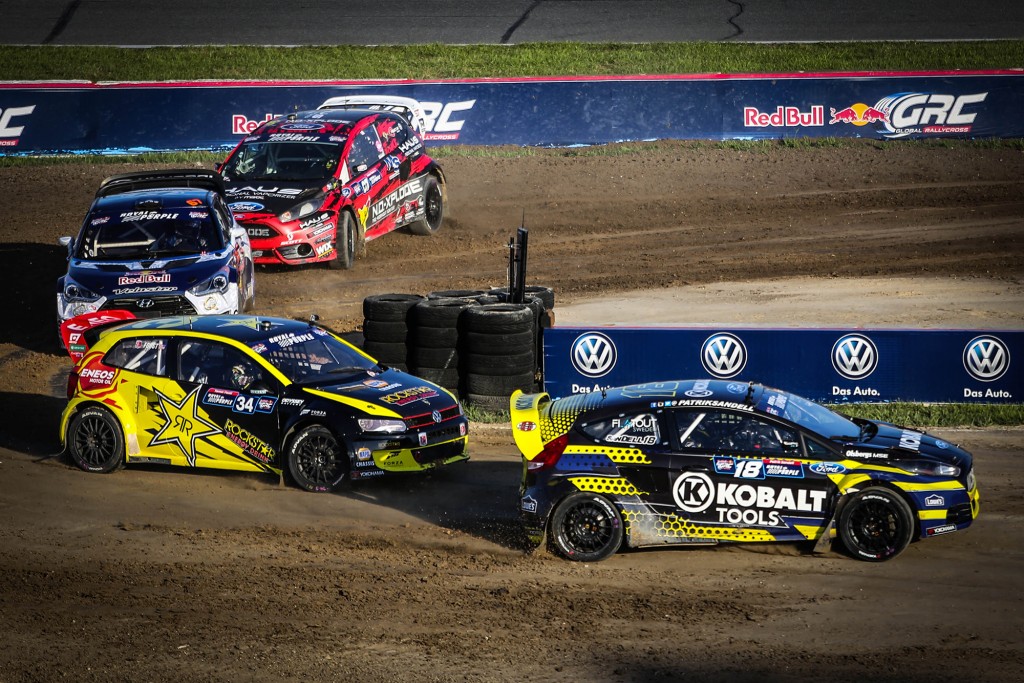 MAIN EVENT RECAP: A clean start in the final allowed Millen to get out to the lead and stay there, but the main event was by no means short of action. Battles between Dyne and Block saw Dyne holding onto second place before contact and a resulting tire rub knocked him out of contention. From there, Block spent the entire race trying to chase Millen down, but simply ran out of laps.

Behind them, the heat and contact between drivers scrambled the field. Dyne and Speed each fell out of the race after completing six of eight laps. Nelson Piquet Jr. fell to the back of the pack with a broken radiator due to early contact, while Joni Wiman completed the race on only three tires. The heavy attrition rewarded drivers who found ways to stay out of trouble, including Lasek, who used the joker to climb into third and stay there.

After the event, Red Bull GRC officials found unapproved equipment on Millen’s vehicle, though a full download of the vehicle’s data showed that the equipment was not active or collecting data. In response to the infraction, the series penalized Millen 50 points and set forth a fine. Under series rules, the team is allowed to appeal the penalty.