The scene is set for another thrilling Le Mans 24 Hours and Nissan will be taking center stage with the long-awaited race debut of Nissan ZEOD RC, Nissan’s innovative electric racing car.  Over a quarter of the grid will be powered by Nissan in 2014, demonstrating the success of the manufacturer’s world-beating LM P2 engine.  Four gamers will compete at Le Mans this weekend, two in Nissan ZEOD RC and two in the new Ligier JS P2, which is also powered by a Nissan engine. As in previous years Nissan has remembered the fans who love Le Mans as much as Nissan does so NISMO.TV will broadcast live throughout the race, giving unique behind-the-scenes access to Nissan at Le Mans. 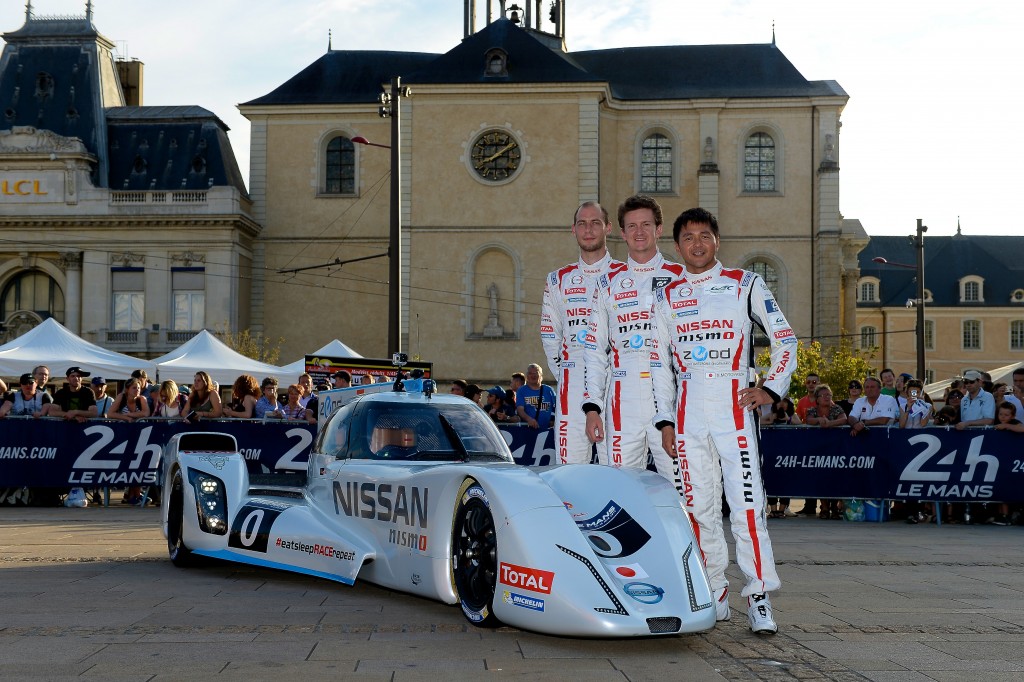 NISSAN ZEOD RC READY FOR LE MANS 24 HOURS DEBUT
The ACO’s Garage 56 program has provided Nissan with an opportunity to do what it does best: to innovate. Innovation is exciting but it is also painful and Nissan ZEOD RC has been a huge challenge for all involved. After an incredibly short development period, it is a proud moment for Nissan to take the start of the Le Mans 24 Hours with Nissan.

“Garage 56 is unique in motor racing where the organisers have allowed manufacturers or private entrants to come and do something completely different,” said NISMO Global Head of Brand, Marketing & Sales, Darren Cox. “Once again, the ACO should be applauded for that but I’ve got to tell you that it is a huge task. The car is full of innovation, from the three cylinder 400 BHP DIG-T R engine to the fact it is the first mirror-less race car of the modern era. ZEOD is a big task but it has been a crucial stepping-stone towards our LM P1 project. What we learn here provides a huge data bank for our engineers as they develop the new Nissan GT-R LM NISMO.” 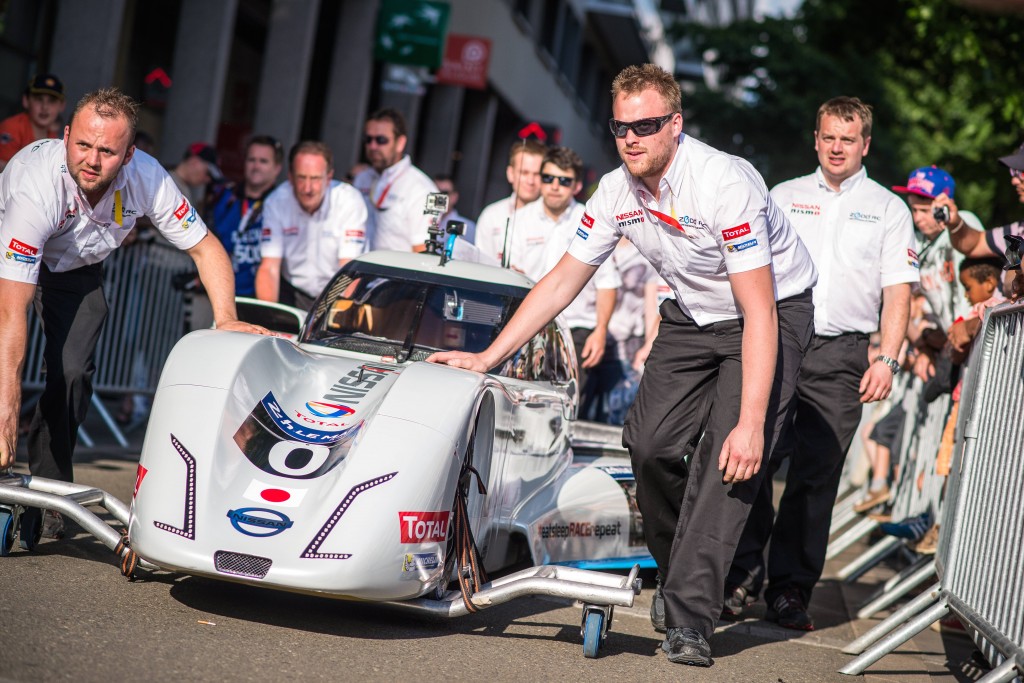 “Innovation is about pushing the boundaries and innovation sometimes hurts,” continued Cox. “Most of the time Nissan gets it right, whether it be the Leaf, GT-R, the Qashqai, or the Juke – lots of examples of us doing things for the first time and being innovative. This is another one; one day we’re going to bite off more than we can chew, let’s just hope it’s not on Saturday or Sunday of this week!”

Satoshi Motoyama has arrived at Le Mans from Japan after a great weekend where Nissan dominated the podium at the Autopolis round of Super GT. 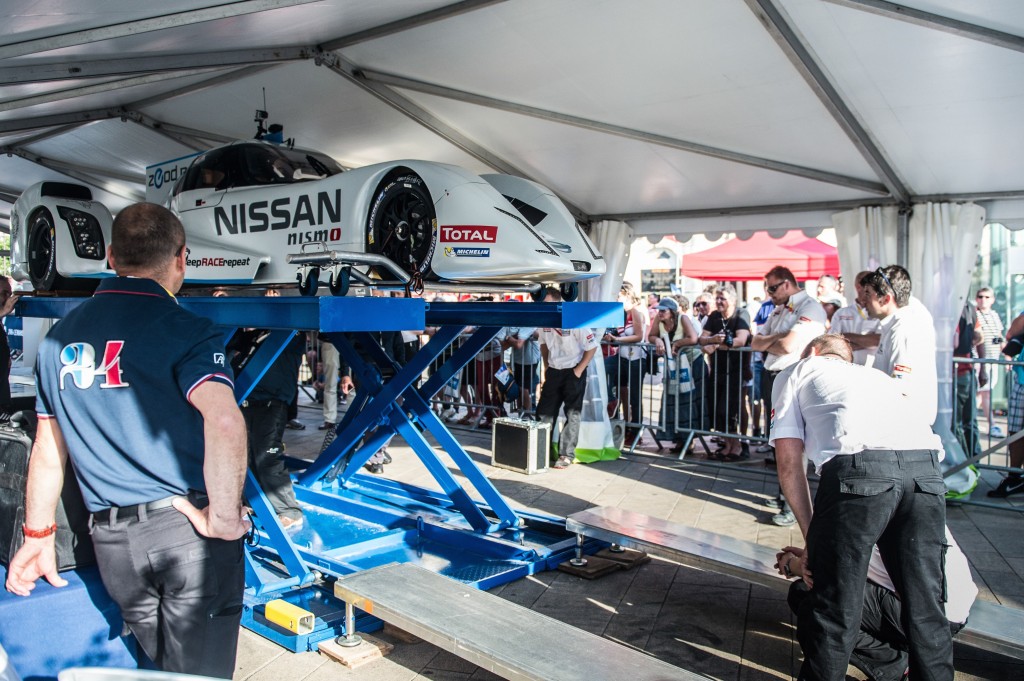 “It is the fourth time for me to drive at Le Mans and I’m very happy to be able to come back here with the new challenge of Nissan ZEOD RC,” he said. “It is going to take an incredible effort from my teammates and everyone on the team to achieve our targets of recording the first ever lap of Le Mans under electric power. It is great to come here after having such a strong result in Super GT. I hope to have more great results with not only Super GT but also with the ZEOD RC this weekend.”

FOUR GAMERS READY FOR THE REALITY OF LE MANS
In 2011 Nissan took its first GT Academy winner, Lucas Ordonez, to Le Mans. Lucas’ virtual-to-reality story was beamed across the globe as not only finished the race but finished on the podium. This year four gamers will compete at Le Mans. Lucas is back and he will be joined by Wolfgang Reip, the winner of GT Academy Europe 2012. Together with Satoshi Motoyama they will race Nissan ZEOD RC. 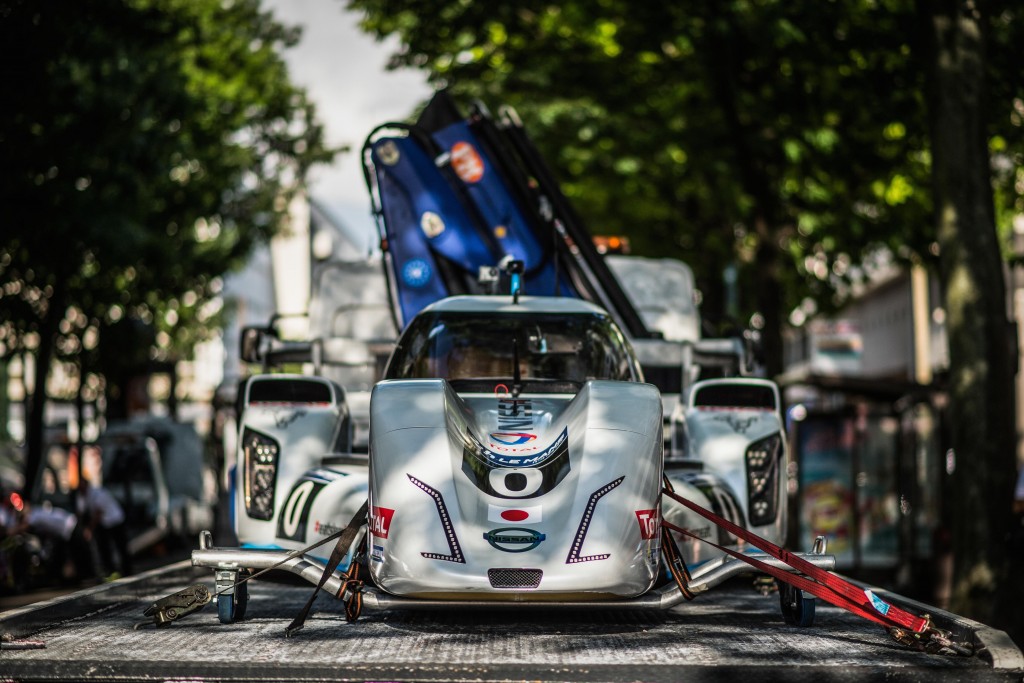 “It’s my fourth time here at Le Mans and it’s a big challenge for Nissan and NISMO, for all the other guys and for the drivers,” said Ordonez. “We’re going to be different and we’re going to drive electric power here for a full lap of Le Mans. It’s very special for me to be a part of this project. It’s amazing to see how hard these guys work. Obviously now it’s time to do the last push, but it’s the most important push to be in good shape for the race and I can’t wait to get on track and drive the Nissan ZEOD RC on the Mulsanne straight in electric mode. I think it is going to be something really, really special and impossible to forget.”

“I have spent a lot of time working with the ZEOD guys during the last five months and it was really a nice reward for us to complete as many laps as we did at the Official Test Day,” said Reip. “Right now I can’t wait to get back in the car for the first practice session.”

Jann Mardenborough and Mark Shulzhitskiy will race the No.35 Ligier JS P2 Nissan with their OAK Racing team-mate, Alex Brundle. Mardenborough made his Le Mans debut last year, following in the footsteps of Lucas Ordonez by taking a podium finish at his first attempt.

“I’m really loving being back at Le Mans for the second time and I know what to expect now in terms of how the week goes, all the things we have to do,” explained Jann. “There is a great atmosphere here and I just really love being around in the paddock chatting with all the fans. Driving in a prototype with a roof over my head is different compared to last year, but after five laps in testing you soon get use to it and you get to understand that it’s faster having the roof over your head as it’s more aerodynamic that way. It’s great for the Nissan GT Academy to have four guys here. It’s a testament to the program that we can take these young guys, gamers, and they can compete at the top level of sportscar racing. We’re trying to show everyone that there is a different route into motorsport and that you can be successful and drive exciting machinery like Wolfgang is driving at the moment and also me and Mark in a brand new car for LM P2. It should be very inspirational for other people watching and participating in the future to enter the program and live what we’re doing at the moment.” 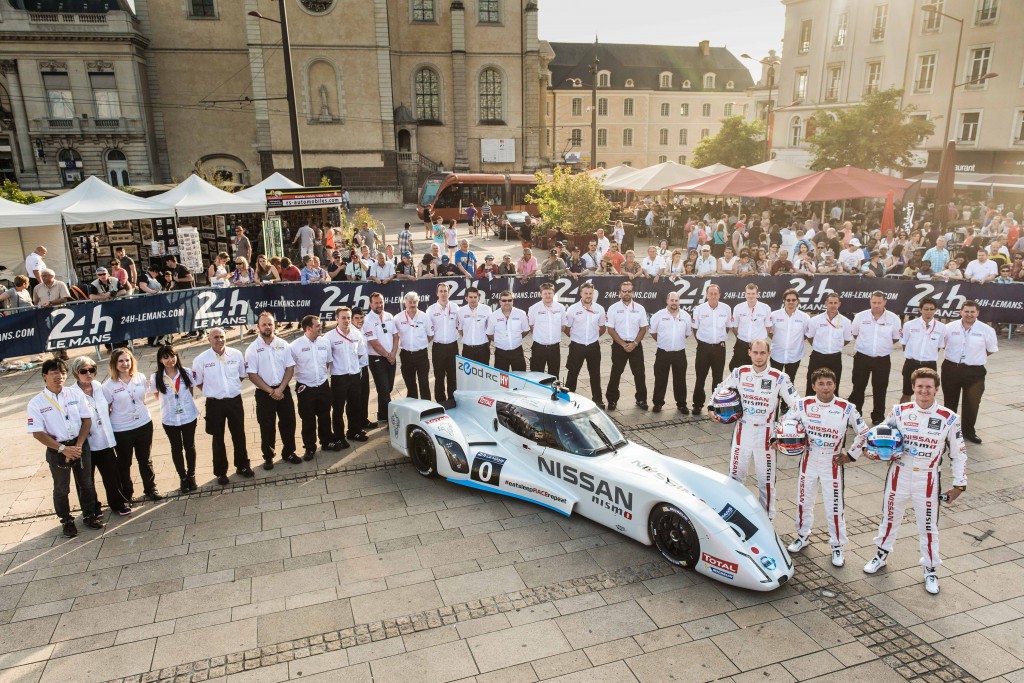 Mark Shulzhitskiy is making his Le Mans debut this year after only making his LM P2 debut at the end of 2013.

“I’m looking forward so much to racing at Le Mans,” said Shulzhitskiy. “I’ve been waiting so long to drive on this amazing track and the first practice session can’t come soon enough. At the test I was really surprised by how fast the circuit is and how hard it is to drive here. You need to think a lot about the cars around you. Driving a P2 car is amazing. It is a proper race car, especially here at Le Mans where you feel the crazy speeds on the straight.”

INNOVATION FOR THE FANS – WELCOME TO NISMO CAM!
It’s not only a quarter of the grid that is powered by Nissan at Le Mans. Every year Nissan makes sure the fans gets the access they want and this year is no different.

NISMO.TV will broadcast live from the Le Mans Village throughout the race. Onboard cameras will beam live pictures from Nissan ZEOD RC and the No.35 Ligier Nissan for the duration of the race.

New for 2014 is NISMO Cam. This innovation will be a big hit with fans online and with the global audience in excess of 40 million TV viewers but they’ll have to wait for the race to start to see what NISMO Cam is all about.