One of the best-known race tracks in the world will be the incredible setting for round seven of the Porsche Carrera Cup GB this weekend, as the Championship joins with the Carrera Cup France for a spectacular support race on Saturday 14 June in support of the Le Mans 24 Hours. 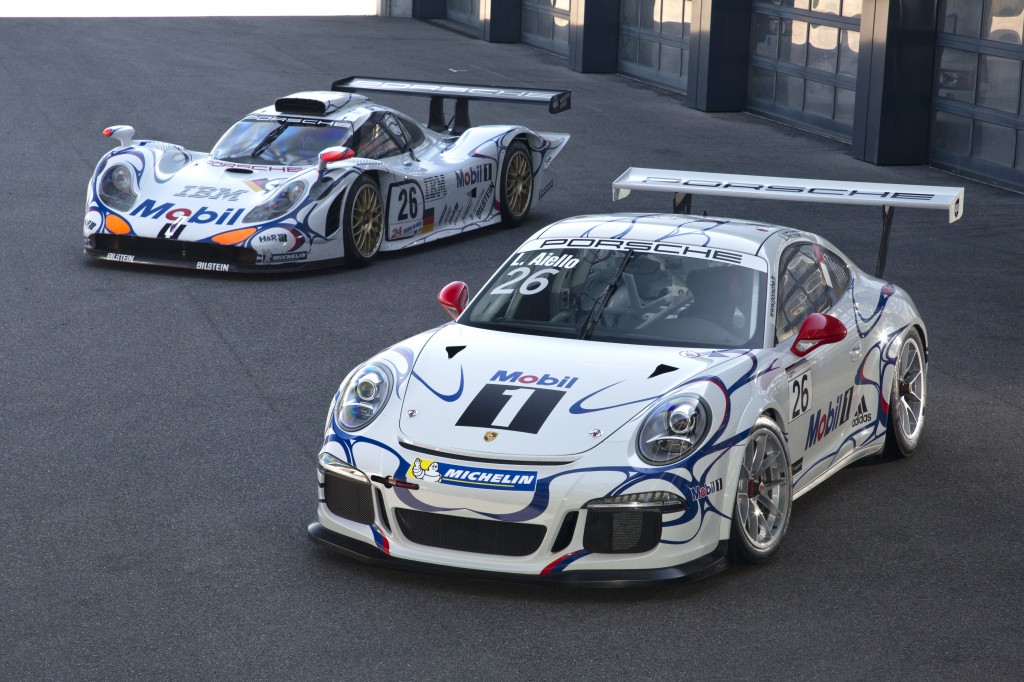 In what is the highest profile event in the 12 year history of the Carrera Cup GB, drivers will take to the awesome eight mile (13.6 km) track for a 45 minute race during the final build-up to the start of the legendary 24 Hours. The event has even greater significance as Porsche returns to compete at the top LMP1 category of sports car racing in the World Endurance Championship this year.

Heading the Carrera Cup GB field is Championship leader Michael Meadows (Samsung UHD TV Racing) and he is determined to make his mark in the race by challenging the best of the very strong entry from Carrera Cup France. Meadows heads to Le Mans with a 16 point Championship lead, but admits that the overall result is more important this weekend than Championship points.

Leading the chase of Meadows in the title race is Carrera Cup GB Scholarship racer Josh Webster (Redline Racing) and he has shown mighty form in his opening races in the rear-engined, 460hp 911 GT3 Cup. However, a major contender for overall victory re-joins the Carrera Cup GB as Ben Barker heads up the Parr Motorsport squad. You can be certain the Porsche Mobil1 Supercup and GT racer will be right at the head of action in this special race.

Adding tremendous strength to the Pro field are Victor Jimenez (Redline Racing), Paul Rees (In2 Racing) and young Jake Hill, who returns to the Championship with In2 Racing after an impressive debut at Brands Hatch in March. All of them are contenders for the overall podium. 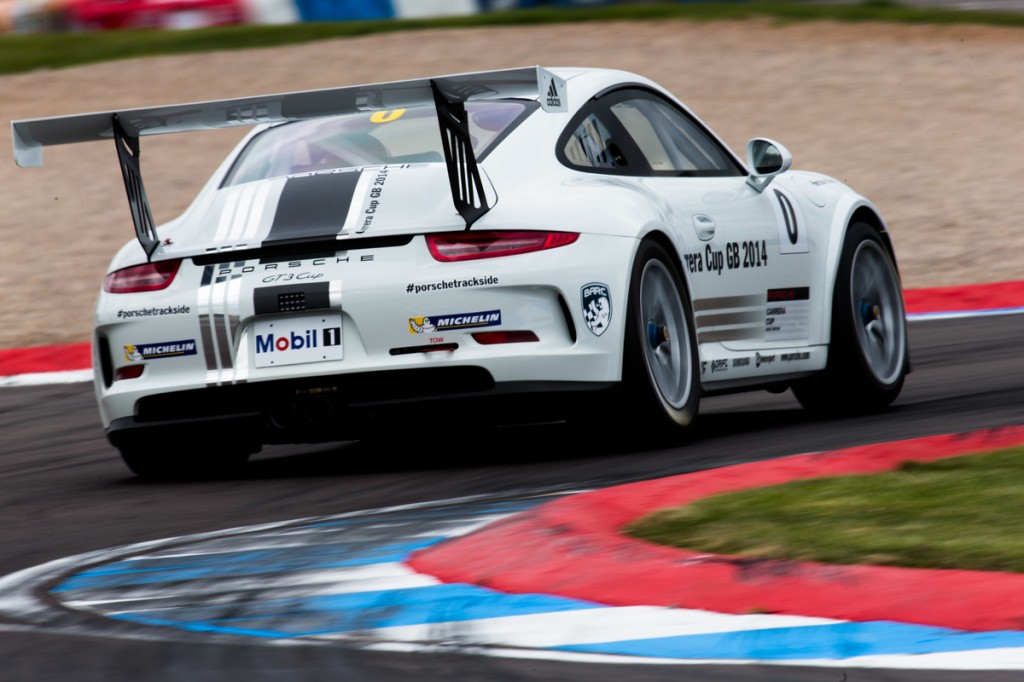 The Pro-Am2 battle promises to be just as tough as category leader Steven Liquorish (Team Parker Racing) resumes his sporting rivalry with Peter Kyle-Henney (Parr Motorsport) and Will Goff (In2 Racing). Racing at Le Mans is a major ambition for all three drivers, so it will be a very special weekend for them.

Renowned journalist, Chris Harris, will also line-up on the starting grid in France, driving the Carrera Cup GB guest car with RedLine Racing. The opportunity for Chris to take part in this sensational race is being supported by specialist professional and personal insurance providers Ellis Clowes, which will be providing full insurance along with personal accident cover for Chris during the whole event.

Meanwhile, running alongside the Carrera Cup GB field will be three drivers from the Porsche GT3 Cup Challenge. Peter Smallwood (Parr Motorsport) heads the entry and will travel from his new home in Canada for the race. He will go up against Guy Riall (Redline Racing) and Tom Hallissey (ASK Racing) in this unique opportunity to race at one of the world’s biggest race meetings. 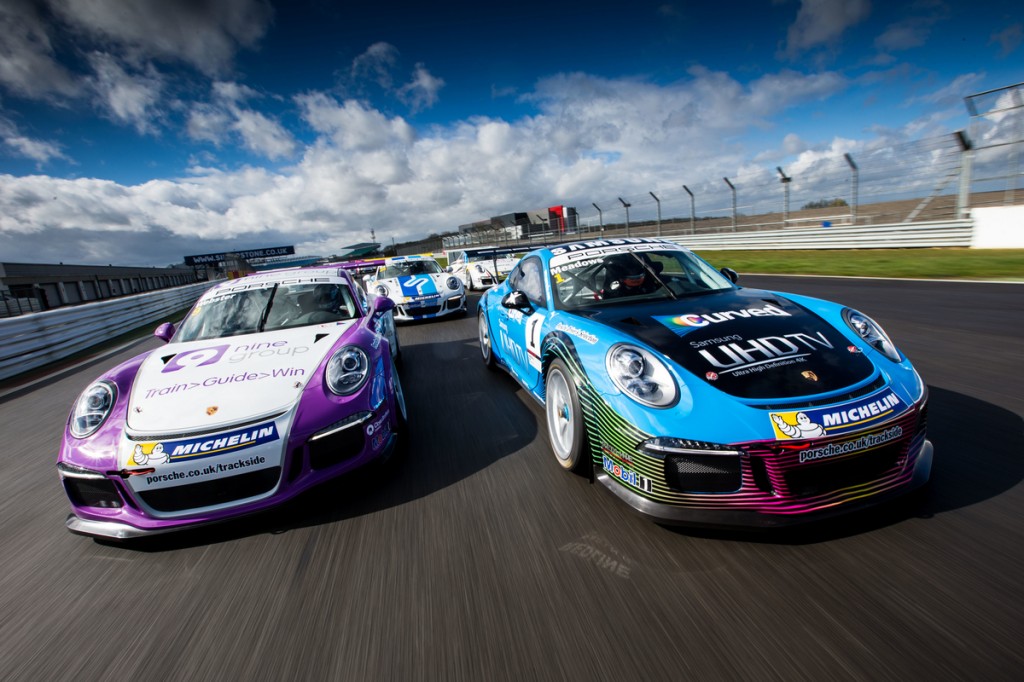 The Porsche Carrera Cup race at Le Mans will be broadcast live on Motors TV at 11.15 (CET). While hundreds of thousands of fans will see the action live at the French track, the Motors TV coverage will allow fans back in the UK and right across Europe the chance to watch this very special race as it happens.

Laurent Aiello from France teamed up with Alan McNish and Stéphane Ortelli in 1998 and clinched the most recent overall victory for Porsche at the Le Mans 24 Hours. The trio won the world’s most famous long distance race at the wheel of the 911 GT1 ‘98. Now, the Frenchman celebrates his comeback with Porsche on the Circuit des 24 Heures. Behind the wheel of a 911 GT3 Cup entered by Porsche AG, he tackles the Championship rounds of the British and French Porsche Carrera Cups prior to the start of the 24 Hours.

For Laurent Aiello and the 200,000 spectators around the 8 mile long circuit, this will undoubtedly evoke a very special feeling of déjà vu. His 911 GT3 Cup not only features the same livery as the victorious GT1 of 1998, but also flies the same starting number 26. And the race engineer who looks after the technical aspects of this guest appearance stood behind the pit wall when he scored his overall victory; PorscheMeister Roland Kussmaul.

Laurent Aiello is one of the most successful touring and sports car drivers in France. In addition to his Le Mans victory, he has also won Touring Car Championships in Germany, Great Britain and France. His last major victory was in 2002 when he took home the German DTM title. With his guest appearance at Le Mans, he follows in the footsteps of many successful race drivers who have taken up the gauntlet in the famously cut-throat Porsche single marque Cup racing Championship.