Nissan made history at the recent Le Mans test day by becoming the first manufacturer of the modern era to run a car at Circuit de la Sarthe intentionally with no rear view mirrors.

The rear view mirror was actually developed through motorsport with the inaugural Indianapolis 500 winner Ray Haroun using a mirror for the first time in 1911 aboard his Marmon Wasp.

With four different classes and dramatic closing speeds at the Le Mans 24 Hours, drivers having awareness of the surrounding traffic is imperative. Nissan has taken inspiration from its Nissan Safety Shield and Nissan Smart Mirror for the road to develop systems aboard the revolutionary Nissan ZEOD RC.

The electric prototype is already set to break new ground by becoming the first car at Le Mans to complete an entire 8.5 mile lap of the Circuit da la Sarthe on nothing but electric power.

But on the test day, drivers Wolfgang Reip and Tommy Erdos made history by completing laps without the mirrors that are mandatory for every other entry in the 56-car field. 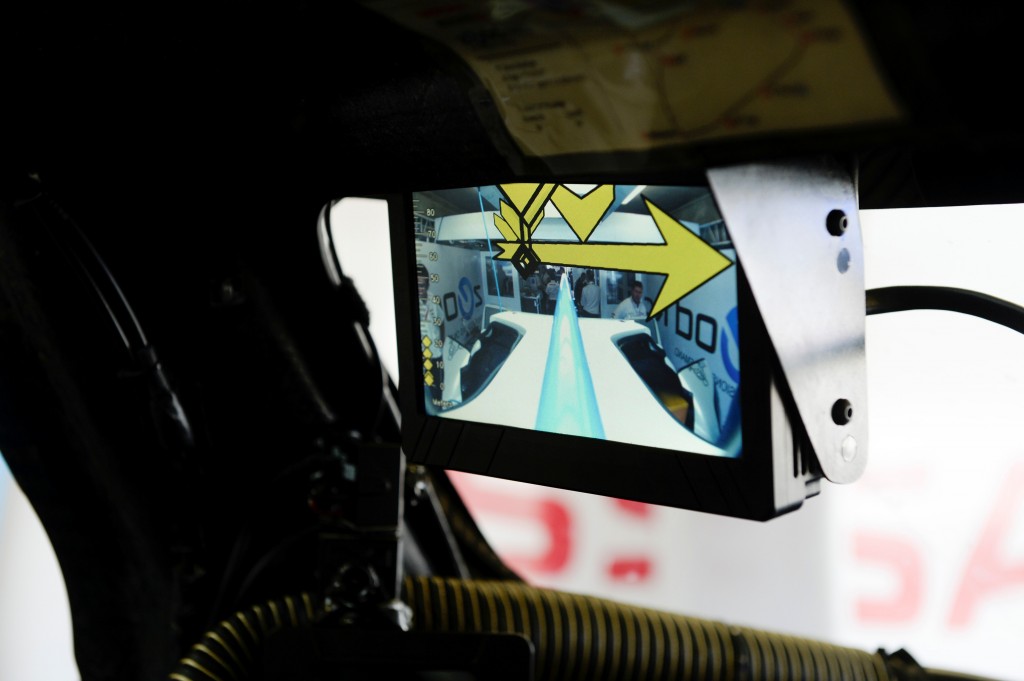 The Nissan ZEOD is equipped with a rear-facing camera that actually provides a more comprehensive view than the mirrors. In addition, the car has an inbuilt radar system that not only alerts the drivers about upcoming traffic, but provides further insight on closing speed through large arrows on the screen.

The system is able to differentiate between cars that are closing fast, or those that are staying at a similar distance behind or falling back. The arrows also change color depending on closing speed. It will also alert the driver whether a faster LM P1 car is passing on the left or right.

The dual-systems will again be used starting tonight in France for practice and qualifying where Reip will be joined by fellow GT Academy winner, Lucas Ordóñez plus Japanese star, Satoshi Motoyama. Both were forced to miss the Le Mans test day due to a clashing Super GT race in Japan.

“These driver assist systems are just another aspect of future technology transfers that will improve the road cars of the future,” said NISMO’s Global Head of Brand, Marketing & Sales, Darren Cox.

“The development of the battery technology will obviously assist the development of future versions of the Nissan LEAF and other hybrid models, but lessons learned from the driver assist systems will find their way into every Nissan model in the future.

“If we have a system which can provide safe and important information at 300km/h in a high pressure situation, then we can adapt that for use in road cars.

“One of the reasons why we race is that motorsport helps our engineers to really fast track technologies and test them in extreme environments. There is no event or competition more extreme than the Le Mans 24 Hours.” 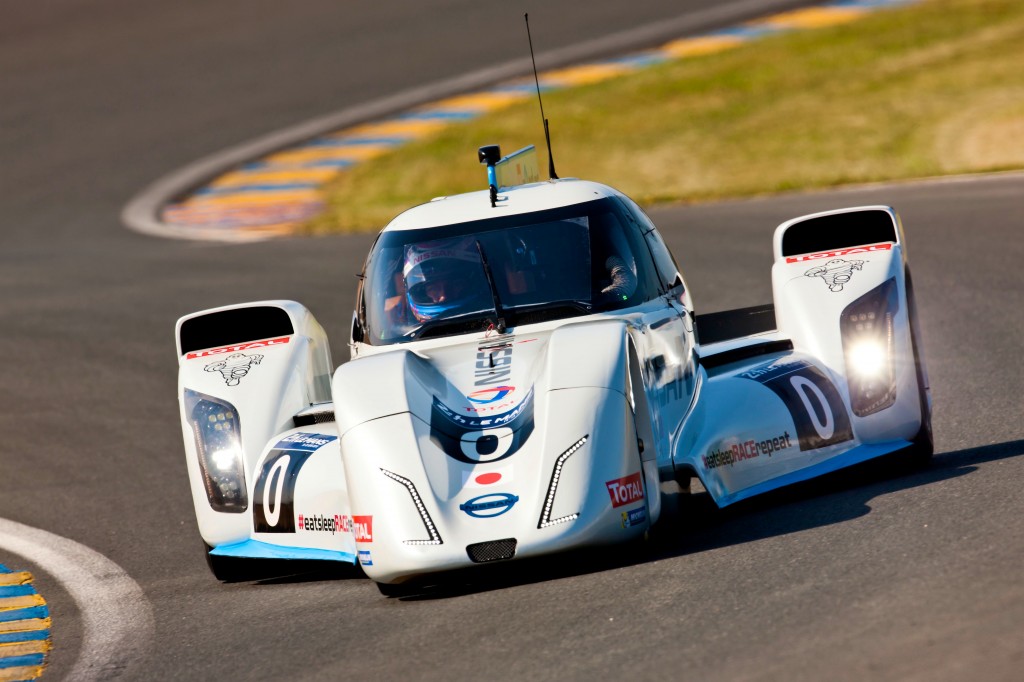 Introduced at this year’s Geneva Auto Show, the Smart rearview mirror is housed within the structure of the rearview mirror, with a built-in LCD monitor that can be activated in place of the conventional mirror.

A high-resolution camera mounted on the rear of the road car provides the driver with a clear unobstructed view of the rear flanks, allowing the ability to check blind spots and other traffic conditions. The camera projects a clear image onto the monitor to provide the driver with a better view for a more comfortable driving experience.

The Nissan ZEOD RC is competing at Le Mans this year in “Garage 56” an additional entry reserved for vehicles demonstrating new and innovative technology previously not seen at the race.

In the event of an electrical issue where the driver assist systems cease to operate, the Nissan ZEOD RC would return to the pits and mirrors would be fitted – mounting points are already incorporated into the design.

However, in the weeks of testing that the car has undergone in preparation for the race, no problems have arisen to date.

The removal of the mirrors also helps reduce overall drag on the Nissan ZEOD RC. The entire concept of the revolutionary prototype is about efficiency of the aerodynamics, the powertrain, reduced fuel consumption, improved rolling resistance and improved battery regeneration.

Technologies developed for the Nissan ZEOD RC will also be incorporated into Nissan’s new LM P1 entry for the Le Mans 24 Hours and the FIA World Endurance Championship. Announced on May 23 in London by Nissan Chief Planning Officer, Andy Palmer, the new Nissan GT-R LM NISMO will debut at next year’s opening round of the FIA WEC.