The SCCA San Francisco region driver’s school is a yearly event to earn the novice competition license for road racing. Being only once a year, we of course procrastinated about 11 of those 12 months before getting Lina’s car ready for the event. The car? Her 1971 BMW 2002. A Rally America log booked rally car that needed some nudges here and there to serve dual duty at Thunderhill Raceway.

The day before was spent wrapping up as many loose ends as possible. Like making sure the tires were on the rims. Minor details. That evening Lina drove the car (sans windows) the 2.5 hours to the track. Its loud, caged, rather cold without heat and glass, and packed with race tires, tent, and whatever else. A lot of racers give you strange looks when you drive the car to the track, and erect a tent. “Where is your trailer?” “You’re just going to sleep…here?”

I however had scholastic obligations Friday morning, so I drove the support truck (loaded with tools and dogs) the same winding route over the mountain to the track on Friday evening to crew if needed.

Racing is only as expensive as you make it. As such, we camped right under the paddock. Nice central location. Evenings are pretty relaxed and quiet. Which is great and all that…until midnight when the coyotes started hunting. One of the dogs doesn’t mind coyotes. The other dog very much minds coyotes. 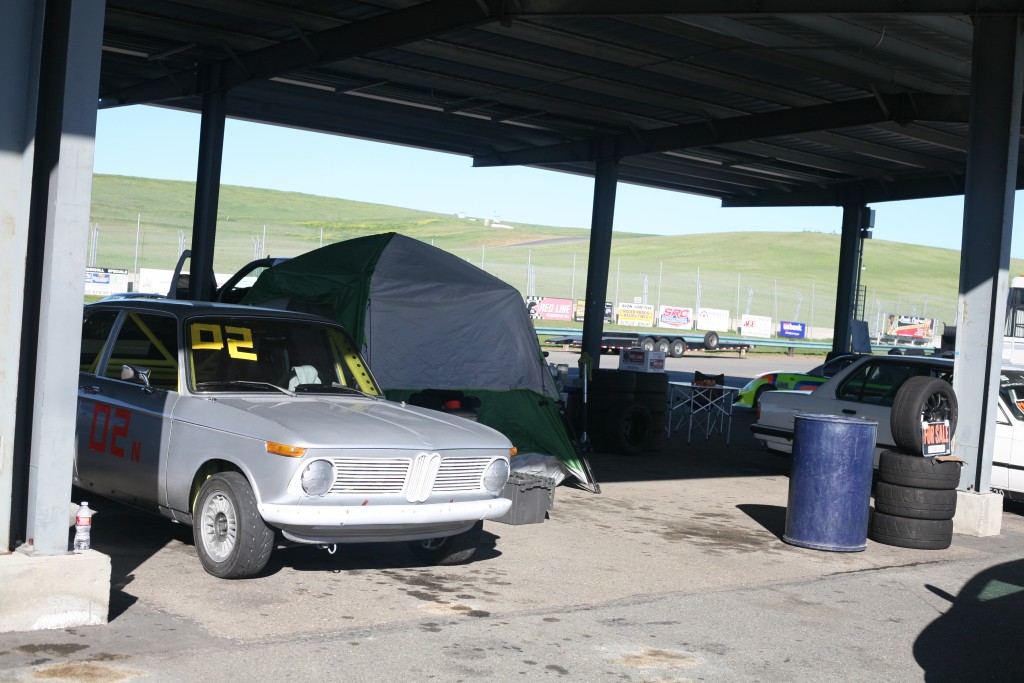 Because all organized racing requires people to be active at 7am, we basically didn’t sleep. Thanks dogs.

I emerged from the tent to a vast sea of Miatas. Red ones. Blue one. Old ones. Slightly less old ones. Mostly Spec series builds that were rented or loaned for the novice instruction event. Lina’s 2002 stood out. The paint is outstanding on her car. She spent countless hours on the body work. (yes, rally car). Not only that it wasn’t a Miata, but also because it was on relatively stock suspension. The only other car that was of similar vintage was a Datsun 510.

Lina drove the little wheels off the thing, and for a 40-something year old car, it took every single beating. Granted, we quickly learned that it leaned out and lost power. Still, it drove as demanded of it and never complained. The little car stayed on the rear of quite a few little prepped Miatas. Hell, it still had drum brakes.

If the power issue was resolved, and the suspension fiddled with, it probably could have been a little contender. 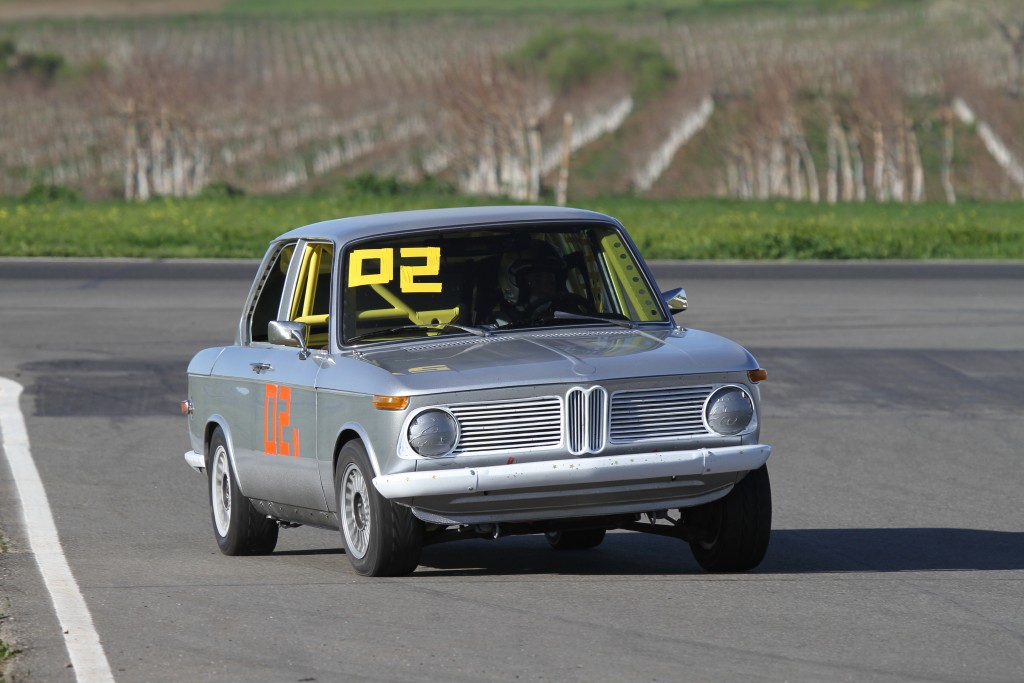 No coyotes this night. Why? Because of a windstorm gusting 50 to 60 mph. The rain fly on the $50 dollar tent extended exactly an inch below the screen, so it just blew up and the wind came right on it. Better still, the tent flattened. I laid in my sleeping bag with the tent slapping me for hours. We were in tears laughing at the ridiculousness of it. We attempted to block the wind with the truck, but no luck. Considered sleep in the truck but the Tacoma is small and the bed oily. The wind didn’t stop. Just switched between bad and freaking ridiculous.

We spent the night serenaded by the flapping of car covers and the groans of the paddock’s roof wanting to fly away.

So the last day, Lina again did her sessions, sleep deprived and probably malnourished. I had three chemistry exams to take the next morning and attempted to study anywhere I could. Thankfully the car ran greatish, and had no serious problems. When it was over, Lina got her novice license and even voted “Driver of the Weekend”. End of the day we packed up, and drove home the way we came. Who needs a RV and a trailer anyway? 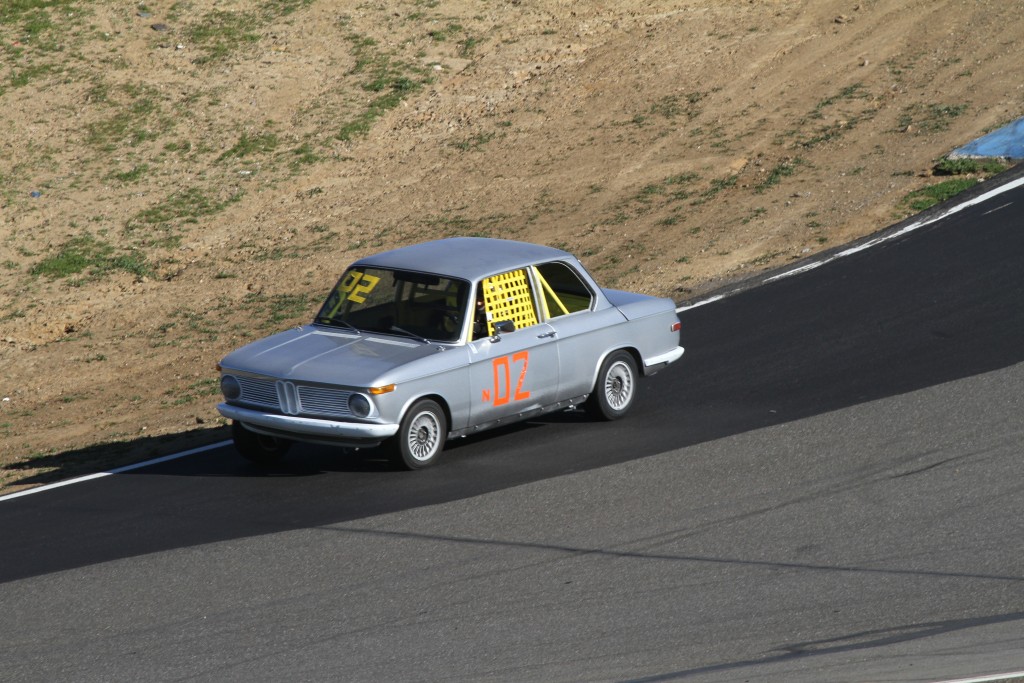 Everyone knows the about racing line, but technically Lina’s 2002 is a rally car. So naturally it found some dirt and loves being driven sideways. 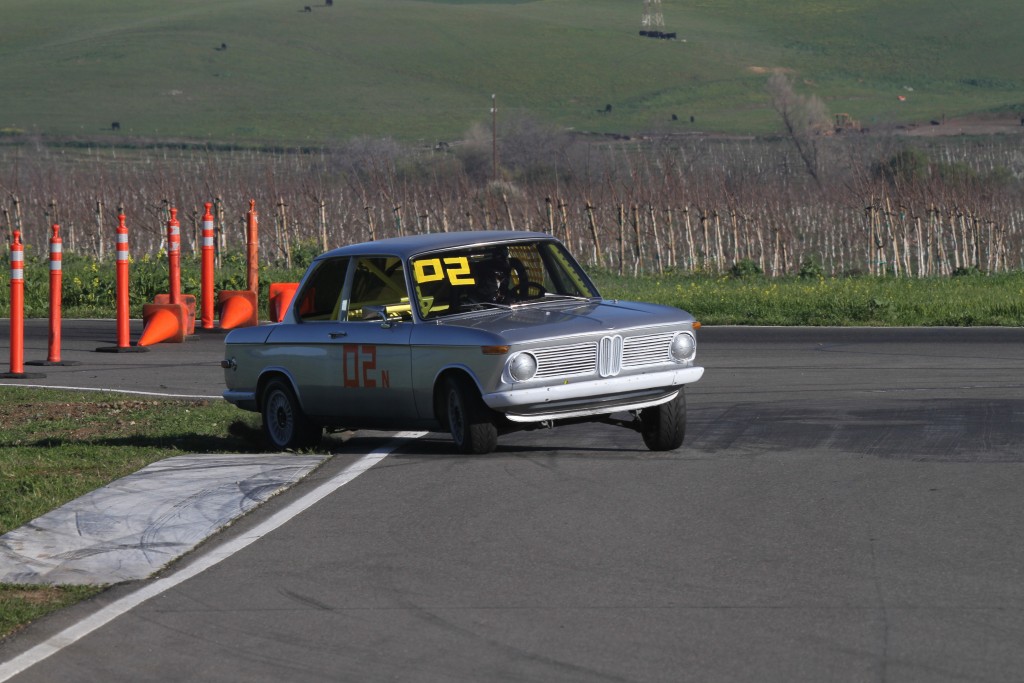