June 1 is the day of the ‘dress rehearsal’ for the new generation of the Audi R18 e-tron quattro. The official test day at Le Mans has traditionally been the only opportunity for all the teams to set up their cars for the track before the week of events for the 24-hour race begins. 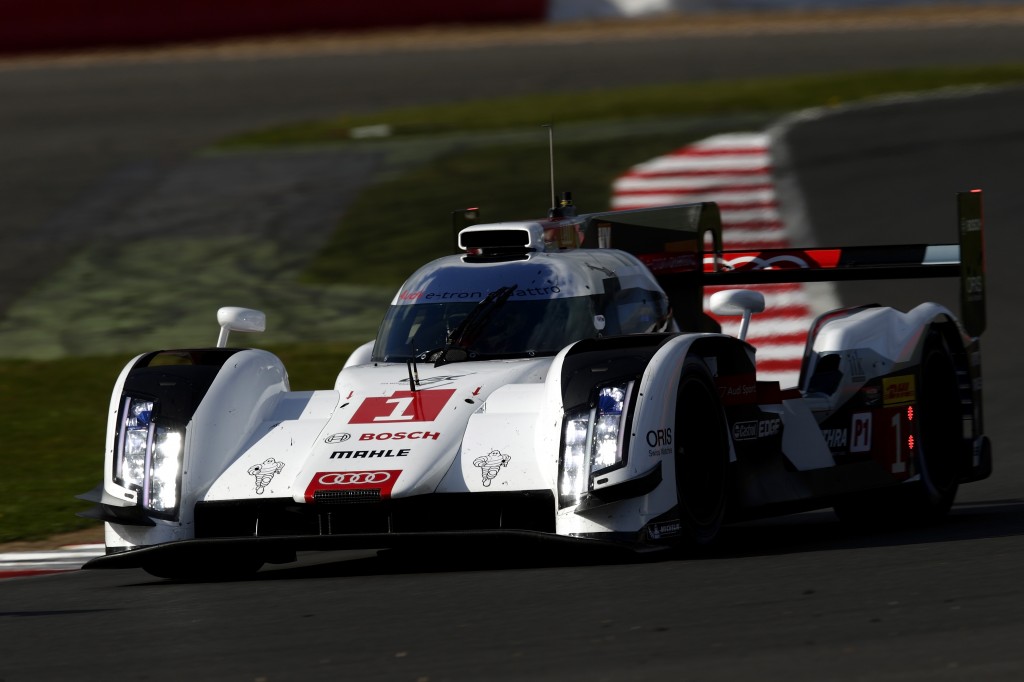 The 13.629-kilometer circuit at La Sarthe is legendary. Long sections of the ‘Circuit des 24 Heures’ are public roads which are closed to road traffic on the test day and during the race week. “This makes it particularly important to use this valuable time systematically, efficiently and thoroughly prepared,” says Head of Audi Motorsport Dr. Wolfgang Ullrich. “On June 1, we’ll have eight hours of testing available for a very extensive program. Due to the new regulations even more factors than before have to be considered this year. In addition to the previously known set-up work, the tests will be about achieving the specified consumption targets on this track for the first time.” 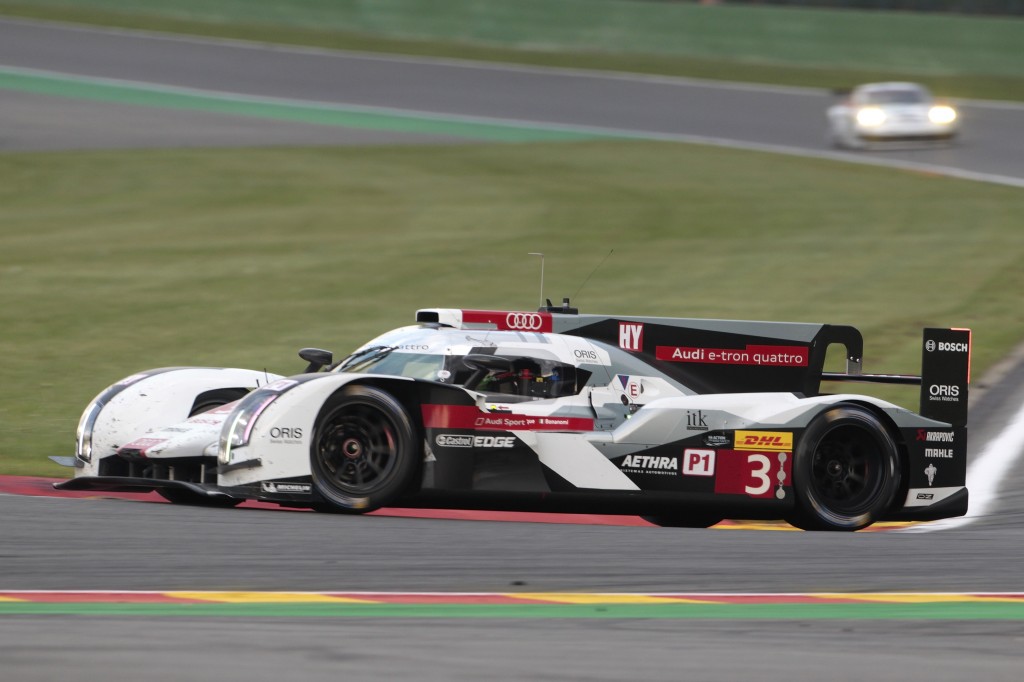 Lucas di Grassi/Loïc Duval/Tom Kristensen (BR/F/DK), Marcel Fässler/André Lotterer/Benoît Tréluyer (CH/D/F) and Filipe Albuquerque/Marco Bonanomi (P/I) will share the test program created by Audi Sport in their three sports cars. From suspension kinematics to the hybrid system, from the engine to aerodynamics, from various control maps to the tires: The workload will be split between the three R18 e-tron quattro cars in order to generate a solid database that can subsequently be used by the whole team. 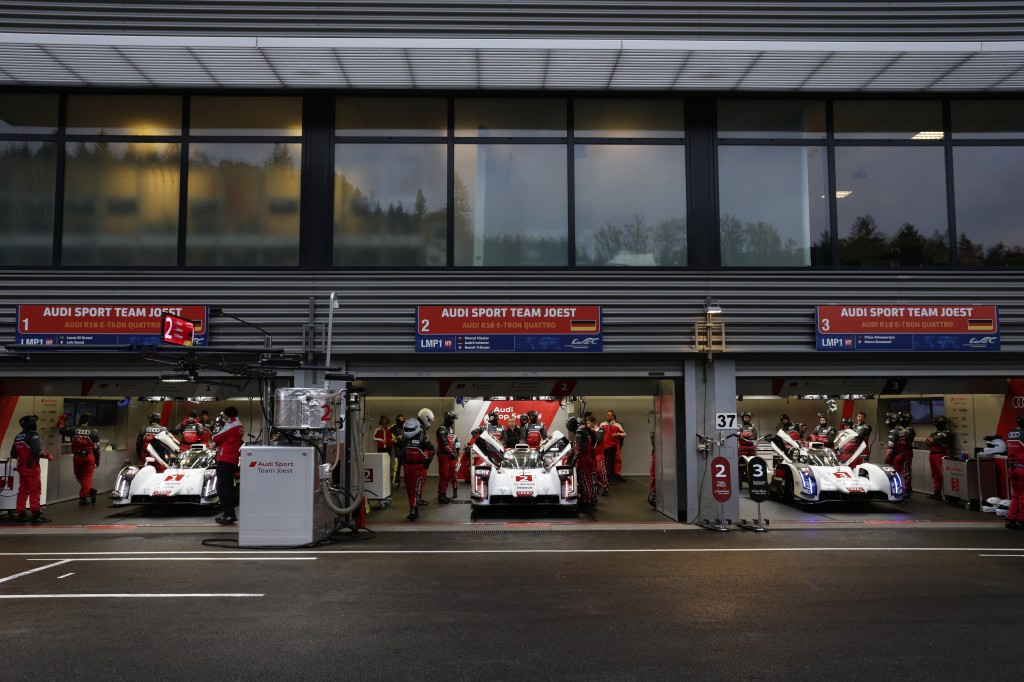 A special task makes additional demands on the drivers and race engineers this year. Every R18 e-tron quattro may only consume 138.7 megajoules of energy at Le Mans this year – which equates to 3.95 liters of diesel fuel. The stewards of the meeting will receive the consumption data in real time, which allows them to monitor the compliance of all LMP1 sports cars with this requirement. 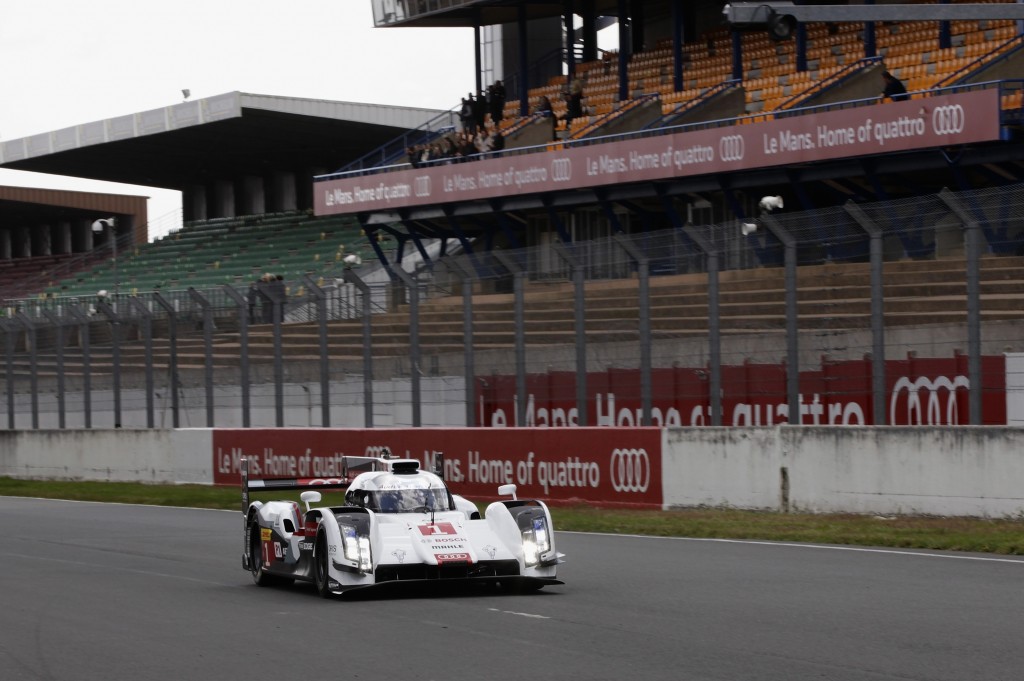 “During our track tests, as well as in rounds one and two of the FIA World Endurance Championship (WEC) at Silverstone and Spa, we saw that the new rules are associated with many learning processes,” says Chris Reinke, Head of LMP at Audi Sport. “Now we’re familiarizing ourselves with the application of the new rules, as well as our new car in the specification for the 24-hour race in the track conditions of Le Mans.” 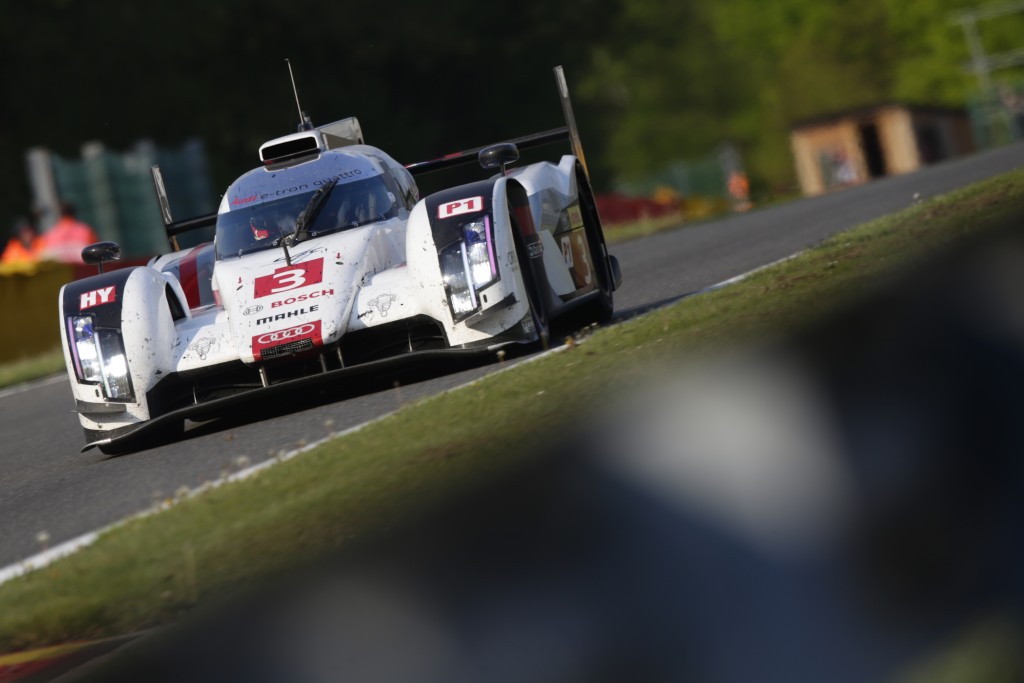 Two weeks after the test day, Audi will be contesting the iconic 24-hour race in the western part of France in which the brand has clinched twelve victories to date.