The seventh race at the Nürburgring next weekend (August 15 to 17) marks the beginning of the hot stage in the DTM’s battle for the title. Audi driver Mattias Ekström, who has won in the Eifel twice in his career, is traveling to the classic event, trailing the leader of the standings Marco Wittmann with a 39-point gap. A maximum of 100 points per driver are yet to be awarded. 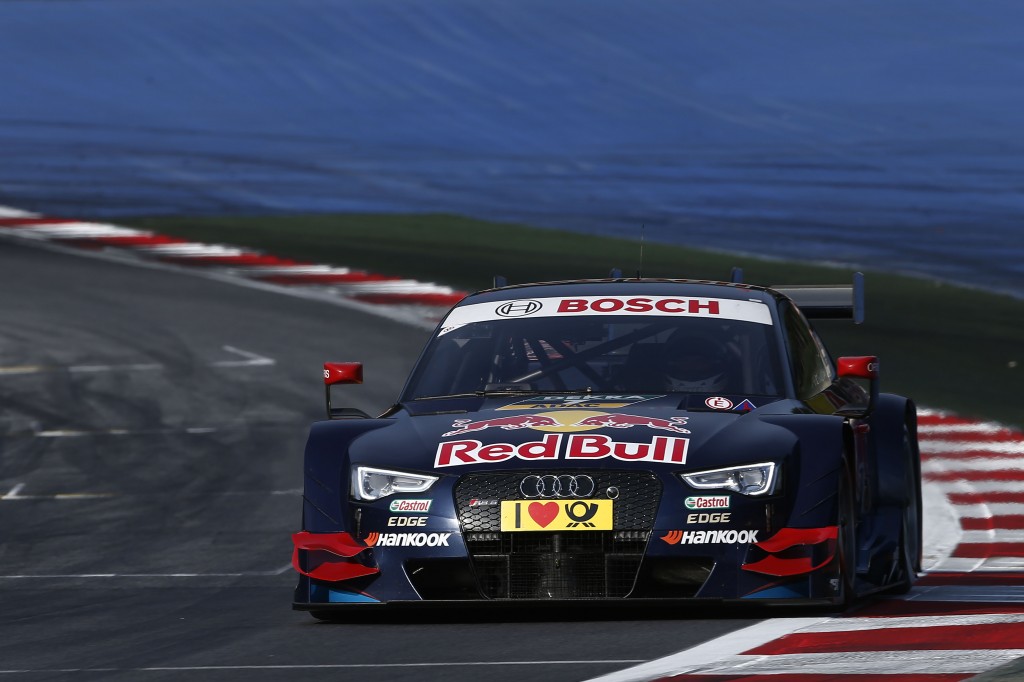 The aim of the four rings is clear: the Audi drivers are set on grabbing as many points as possible from the competition with a solid team performance and to thus achieve the best possible starting base in the final sprint for the title battle. In the drivers’ standings, Mattias Ekström has to reduce the 39-point gap to the leader of the standings. In the manufacturers’ classification, Audi is in striking distance as the runner-up. 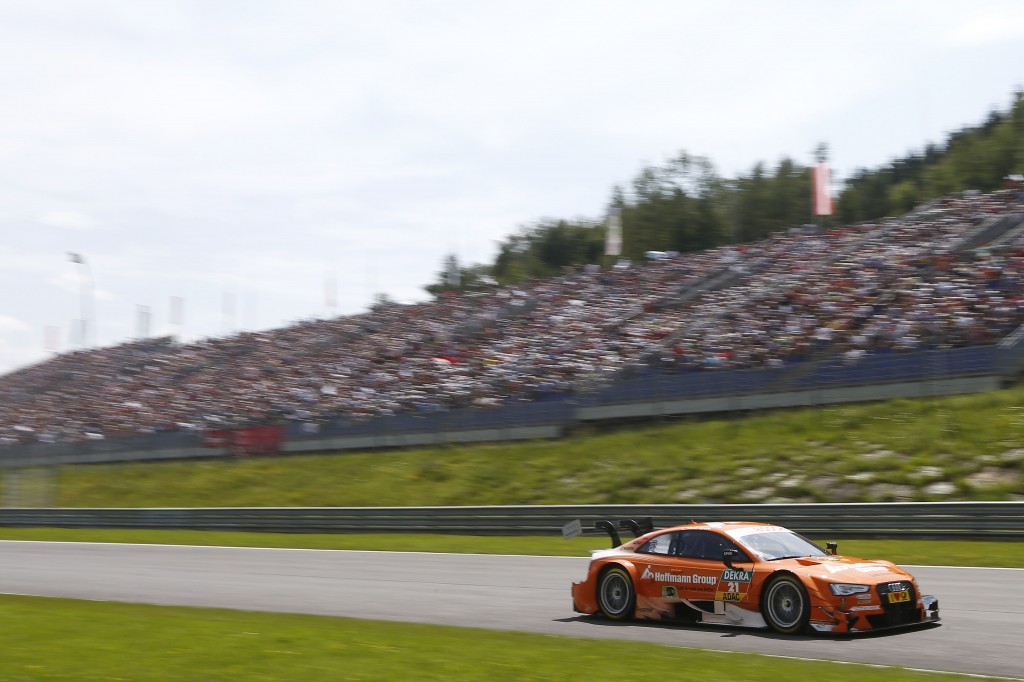 Since the DTM’s comeback in 2000, the Nürburgring has been a fixture on the calendar. After the Hockenheimring, there is no other venue that has hosted as many DTM rounds as the Eifel circuit, which, not least due to its changeable weather conditions, has made for many spectacular races. With the Nordschleife and the huge enthusiasm of the fans the event is one of the great DTM classics. Seven times an Audi driver has entered his name on the winners’ list, most recently Mattias Ekström in the 2011 season. 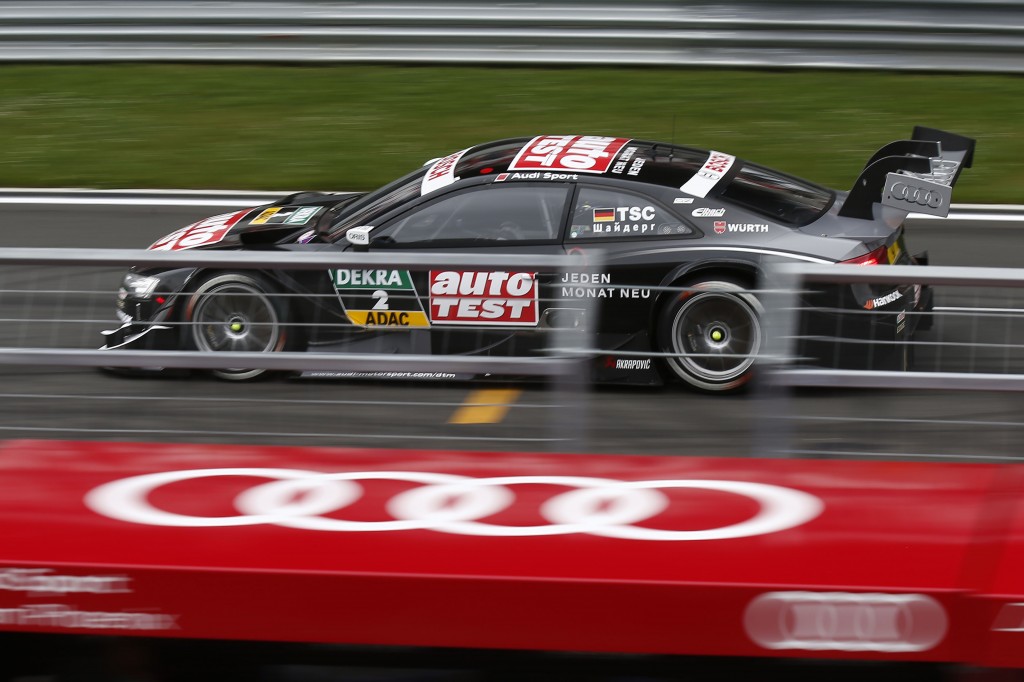 For Timo Scheider, Mike Rockenfeller and Audi Sport Team Phoenix the round at the Nürburgring is a home race. Both the two-time champion and the current champion grew up in close proximity to the track and therefore are looking forward to many relatives, friends and acquaintances to keep their fingers crossed for them. The team of Ernst Moser that fields the Audi RS 5 DTM cars of Scheider and Rockenfeller only has to cross a street from its base in Meuspath to the paddock. 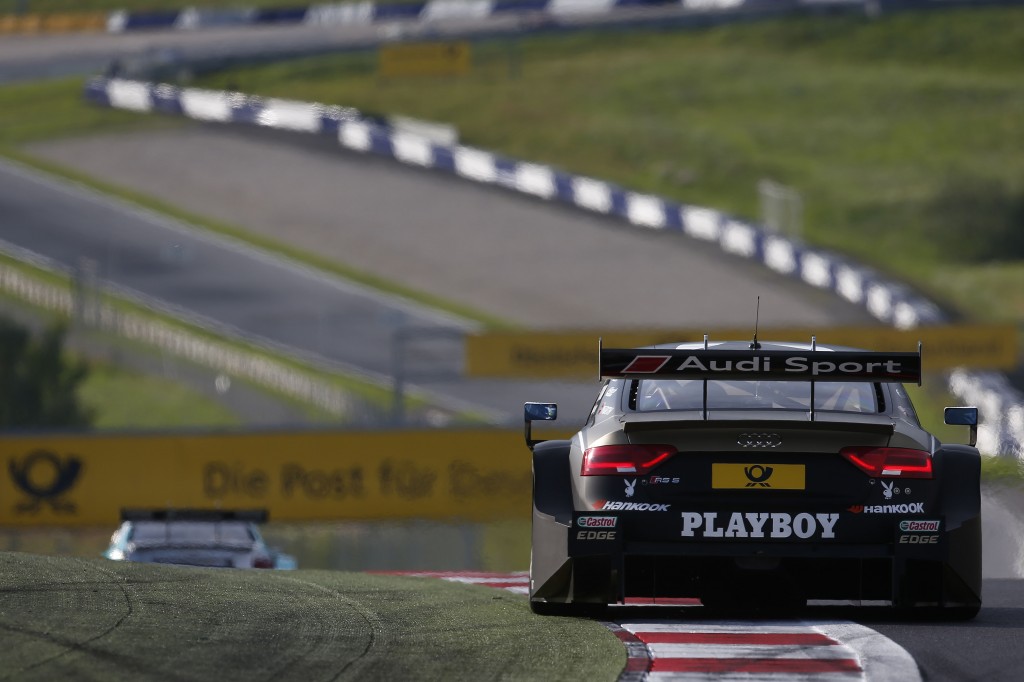 TV viewers can watch the DTM live: ‘Das Erste’ will be airing live coverage from the Nürburgring on Saturday starting at 13.30 and on Sunday starting at 13.15 (CEST). Tickets for the entire 2014 DTM season can be purchased online at www.audi-motorsport.com/dtm or telephonically on +49 841 89-47777.

Dieter Gass (Head of DTM): “Following the difficult weekend in Austria we can hardly wait to travel to the Nürburgring. We’ve got something to make up for. Our performance in qualifying was a shortcoming at Spielberg. That’s why we are going to intensively prepare in order to work out a better starting base on Saturday for the next race. If we manage to do that we should be in contention for victory at the Nürburgring. Although Mattias’ (Ekström) gap in the standings has become larger we’re going to try and battle for the Championship.”

Hans-Jürgen Abt (Team Director Audi Sport Team Abt Sportsline): “The Nürburgring has a special significance for us. As a team, we clinched our first ever DTM victory here and subsequently experienced many other great moments. Our joint aim is to grab as many points as possible from Marco Wittmann in order to put Mattias (Ekström) back into the title race.”

Ernst Moser (Team Director Audi Sport Team Phoenix): “The race at the Nürburgring is one of the highlights on the calendar for us. Our aim, clearly, is to clinch the first victory of the season for Audi in our home race. We still have to do some more homework before the event in order to get everything right on the mark.”

Arno Zensen (Team Director Audi Sport Team Rosberg): “For me personally, this is a home round as well because I was born near the Nürburgring. The whole squad is highly motivated and set on winning the race.”