The Olsbergs MSE Ford Fiesta ST rallycross cars earned a host of new fans this weekend as the team joined World RX for its first-ever North American stop at the Grand Prix of Trois-Rivières in Quebec.

Olsbergs MSE fielded three Ford Supercars at the race on Friday, with World RX drivers Reinis Nitiss and Andreas Bakkerud joined in competition by guest driver Joni Wiman in his Red Bull/Bluebeam Ford Fiesta ST. It was the World RX debut for the Finnish driver, who is racing a full Red Bull Global Rallycross campaign this year. 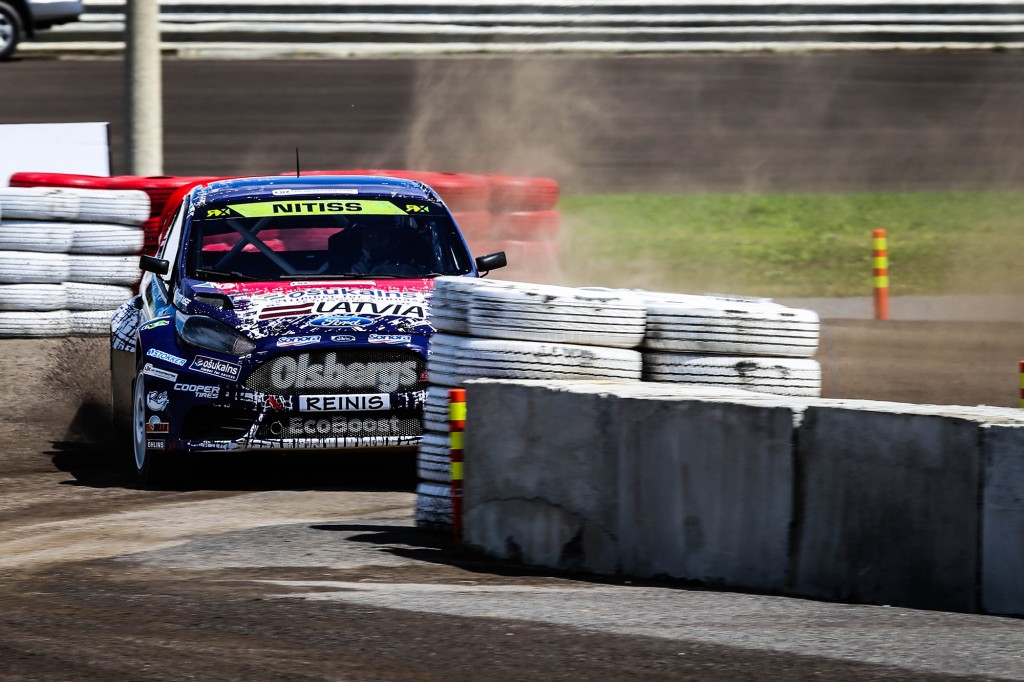 After a weekend of ups and downs, Nitiss held onto a top-three points position in the title hunt as the series heads into a second half. “I have to give all credit to the team for their incredibly hard work,” said Nitiss. “With all the action packed into one day, everyone was really busy.”

A format change saw the typical two days of racing compressed into one, as well as an unusual temporary course built into a former horse racing track at the Grand Prix of Trois-Rivières. The circuit featured multiple jumps, rough gravel and a fast, 400-meter (1315-ft) long straightaway that saw drivers reach top speeds of 190 km/h (120 mph).

The bumpy course contributed to a series of four flat tires for Nitiss — a new challenge for the rookie Supercar driver. “I’ve never had a flat tire before in my career and the first one cost me a lot of time because I had to learn how to drive with it,” said Nitiss. “By the time I got my next flat tire, in the next heat, I was a little faster. But then in the fourth heat I got two punctures at once, and there’s not much you can do at that point.” 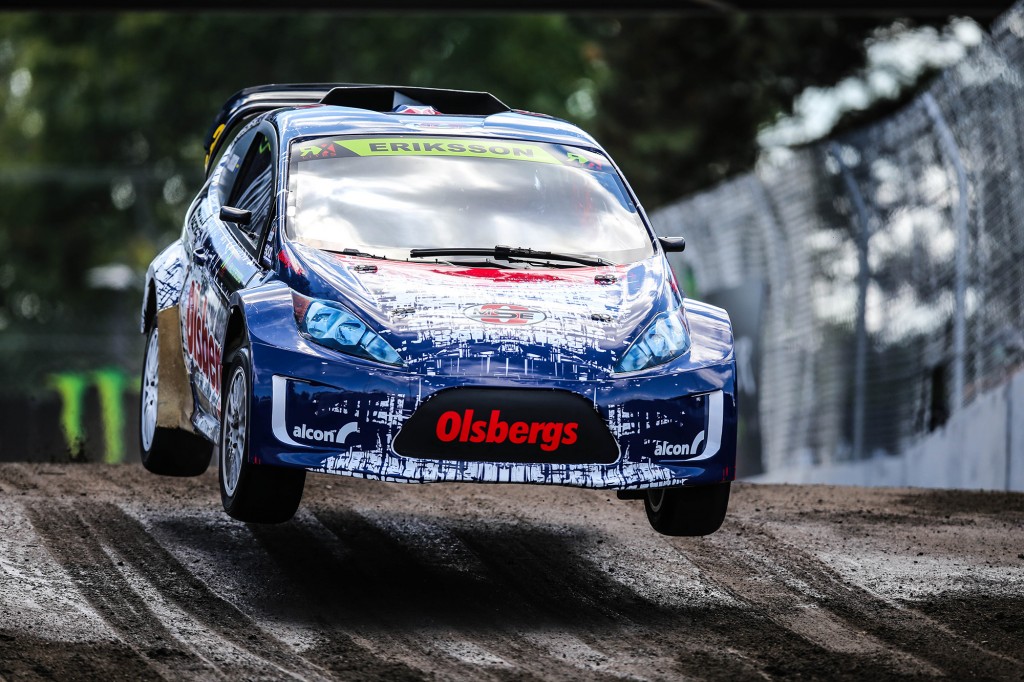 It was a tough start to the day for the Latvian driver who found himself an unaccustomed 13th by the intermediate classification. Although faced with the prospect of missing the semifinal round for the first time this season, he earned a second chance when Wiman was unable to take the start with a mechanical failure. He finished third to earn a spot in the final.

In the final, Nitiss shot into podium contention off the back row and kept the pressure on the leaders. He finished fourth. The win went to World Rally Champion Petter Solberg, followed by Anton Marklund and Timur Timerzyanov. “Solberg was absolutely in a different league on this track,” said Nitiss. “He’s so fast, he’s almost unbeatable — almost.”

Nitiss, the 2013 Super 1600 champion has had a strong debut Supercars season. He has scored three podiums so far this year, including a win this June in Norway. 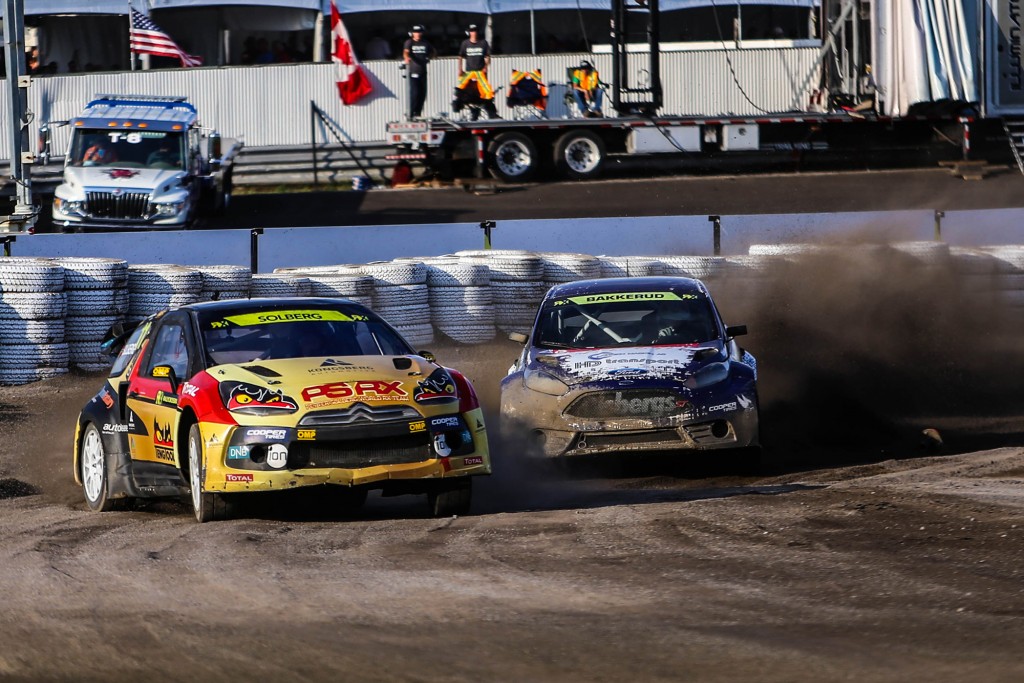 Teammate Bakkerud also battled his way into the semifinal on Friday, setting good times early in the day. But a false-start penalty cost him a spot in the final. “You see a light and you go. You don’t question it,” said Bakkerud. “That’s the only way you can be fast off the line every single time, but it doesn’t always work.”

The signal lights turned to yellow to indicate a false start as TV cameras showed Bakkerud shoot off the start while, a row behind him, Canadian guest driver Patrick Carpentier also crept forward. Bakkerud was awarded the penalty.

“For me it’s a big thank you to the crowds here in Quebec. I opened the door for some air at the finish line and they were amazing: so supportive!” said Bakkerud. “They yelled so loud that I felt like I was Justin Bieber or something.”

After putting in a strong performance in the opening heats, Wiman was disappointed to find himself unable to start the semifinal with a broken driveshaft. Under the compressed schedule at RX of Canada, there was an unusually short time between races to prepare the cars and many teams battled the clock in the pits. 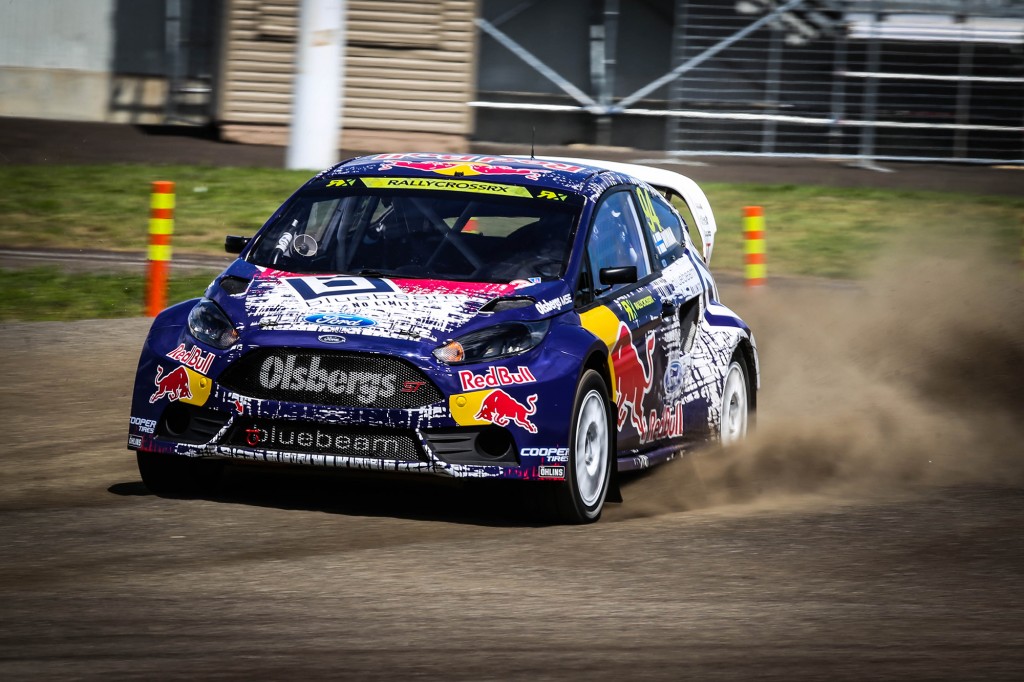 L’Estage, who hails from nearby Saint-Jean-sur-Richelieu, Quebec, said he’d jump at the chance to get back in a rallycross car. “I loved it. I was happy with the way I drove: learning more with every lap,” he said. “Thanks to Olsbergs MSE boss Andreas Eriksson for the opportunity. It’s a great car and a great formula — an amazing way for any driver to get started in rallycross.”

With five rounds remaining in the 2014 FIA World Rallycross Championship, both Olsbergs MSE drivers remain at the top of the standings. Nitiss is narrowly in third, with Bakkerud right behind him, in fourth.

Ford tops the manufacturer’s standings, neck and neck in the chase with Volkswagen.

After the conclusion of the Grand Prix of Trois-Rivières this weekend, teams will pack up and head to France for the next round of the FIA World Rallycross Championship, September 6 -7.