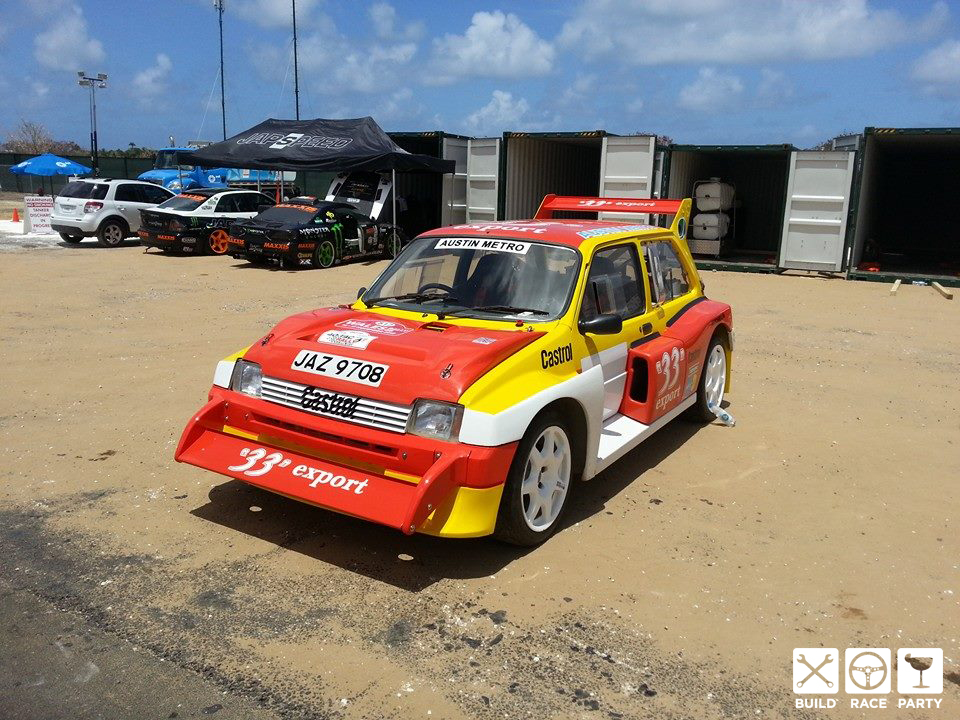 Top Gear Festival will make its Americas debut on the Caribbean island of Barbados at the newly renovated Bushy Park Circuit on 17-18 May, 2014. Hosted by Jeremy Clarkson, Richard Hammond and James May, Top Gear Festival Barbados will feature an awe-inspiring line up of cars and driving talent including The Stig, the Top Gear Stunt Team and guest drivers from the world of motorsport and entertainment.

Build Race Party’s good friend /contributor and Andretti Autosport mechanic Ben Newburn was in Barbados this past week for the TopGear Festival and RD 1 of the 2014 Red Bull Global RallyCross Season. Here are a few photos from his adventure.