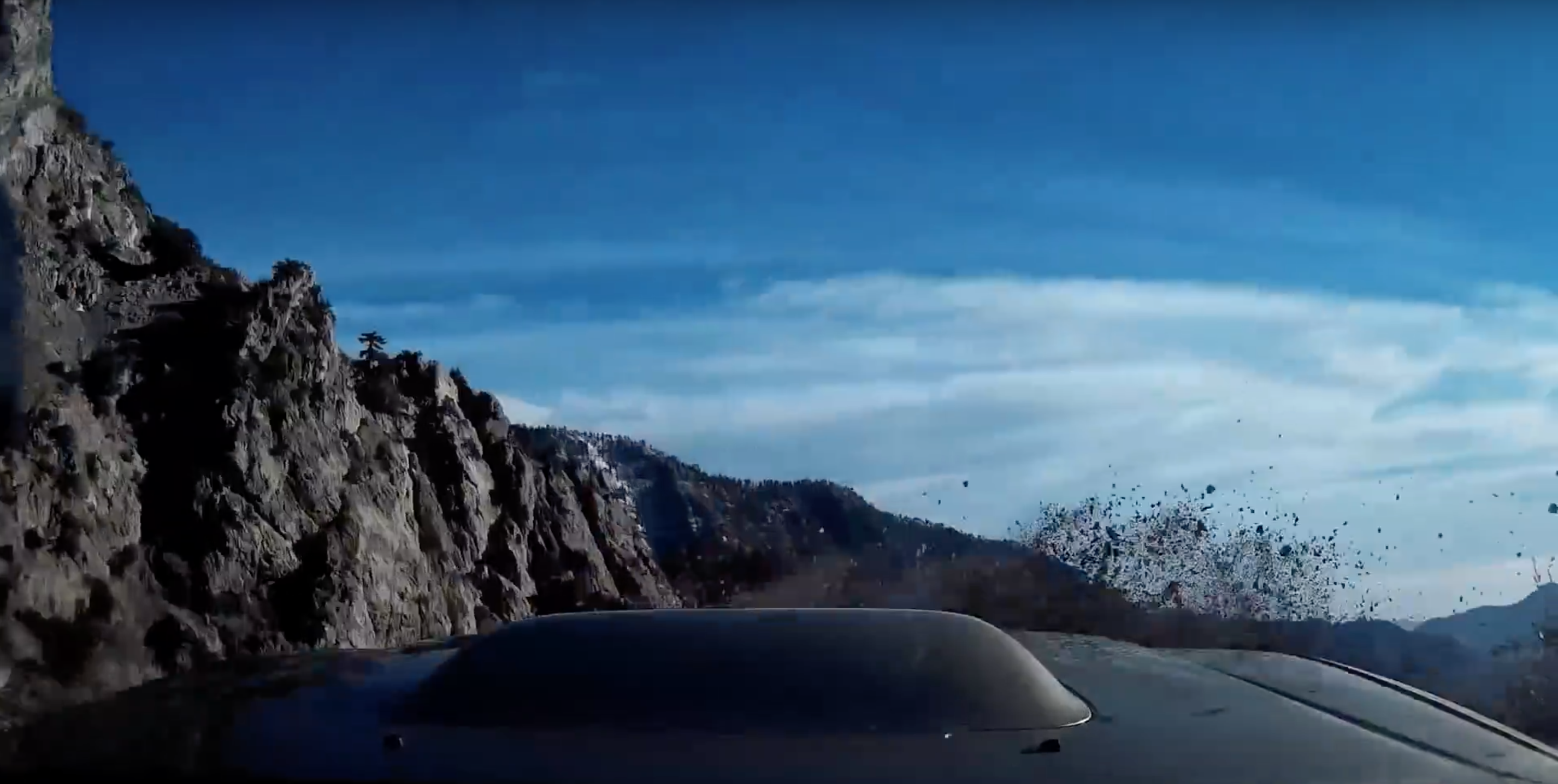 This is why you have fun with cars on closed roads or racetracks. The guy knows he made a mistake when he exited the tunnel. He knows he nearly died. But why was he flying down a road he didn’t know? Here’s what happened.

Alive—rare in itself—AND unhurt, I was the luckiest person any of the veteran emergency personnel had seen in years, and the newbies, ever. 5 people, one of which was Lou Ferrigno, told me to go play the lottery, but I think my luck was already used.

What happened? To put it simply, I was distracted at the one moment that required 110% focus on an unfamiliar road.

As an auto enthusiast, when you have a nice somewhat fast car with a loud exhaust you tend to like tunnels. They make your exhaust sound that much better, sort of like singing in the shower… Well, I found myself accelerating through this nice long and dark pair of tunnels; I had done this many times before in other tunnels. At the exit, I could barely see because it was so bright, a person standing and holding something while motioning. Wondering what they were doing, I stared, and stared, reaching the top of 4th gear, all while trying to comprehend what they were trying to tell me. Then I figured it out. They were telling me to slow down and watch the curve ahead, but it was too late. When I think about it now, I don’t ever remember seeing the road ahead until I was nearly out of the tunnel. In my mind I had assumed that it just went straight. At that point I was exiting the tunnel straight as the road curved to the left. I had no time to slam on my brakes beforehand. Realizing I was going way too fast for that section, I applied the brakes softly in an effort to keep the back end from sliding out, but, combined with a bump and rough switch in surface texture from concrete to asphalt, I lost traction. I began sliding to the left, the car oversteering, rotating counter-clockwise, over the center marker. I counter-steered, turning the steering wheel all the way to the right, but kept sliding to the left into the turnout. It was at this moment I knew, I had fucked up.

I slammed into a berm and expected to come to a complete stop, but the terrifying journey wasn’t over. I went over the edge. It happened so fast all I can remember is everything crashing and spinning. I thought I was rolling over down the side of the mountain. I was confident I was going to land upside down and get crushed. I was on the world’s worst roller coaster that could only end with death, or so I thought. I came to a stop, still yelling, not fully comprehending what just happened, or how far down the mountain I was and that I actually just crashed my car. Luckily for me, I landed on a rock wall that was part of a drainage pipe that went through the mountain. It was the only horizontally level piece on an extremely steep sloped hill. Had I spun off a few feet before or after, I’d be dead.

I shut the motor off, opened my drivers door and stepped out onto the rock wall to gather myself and inspect the damage; the front and rear bumpers were destroyed, drivers left quarter panel destroyed, 2 doors damaged, trunk stuck, 2 hubs destroyed, 2 wheels destroyed, 3 axels destroyed, 1 strut sheered off, another bent, and worst of all which I didn’t see at the time, a bent frame. Totalled. I started to console myself with crazy thoughts like maybe with it’s AWD I could try to back it up the mountain, or maybe once the tow truck comes they can pull me up, I can change out the broken rim with a spare, and be on my way, but the more I looked at it, the more I saw how bad it was. The guy who was standing at the edge of the tunnel ran over and told me that he was trying to get me to slow down because he nearly lost it himself in the same spot. One of my friends who was following me decided to head 25 mins down to Newcomb’s Ranch to call 911 since there was no cell service on pretty much the entire mountain. The other stayed with me to make sure I could get out and up ok. I slowly collected my gear from the wreck, packed my backpack, and crawled my way up the extremely steep and slippery mountainside.

My friend got back 40 mins later and the rescue chopper followed. They landed at the next turnout and rode in someone’s car over to me. I was inspected, determined ok—I felt completely fine and declined medical airlift—and then I started hearing over and over how lucky I was and that I should buy some lotto tickets. One of the guys who told me that, I knew he looked familiar but at the time I was so out of it I couldn’t pinpoint where I had seen him until a friend yesterday told me that he was Lou Ferrigno, the original Hulk. Interesting… 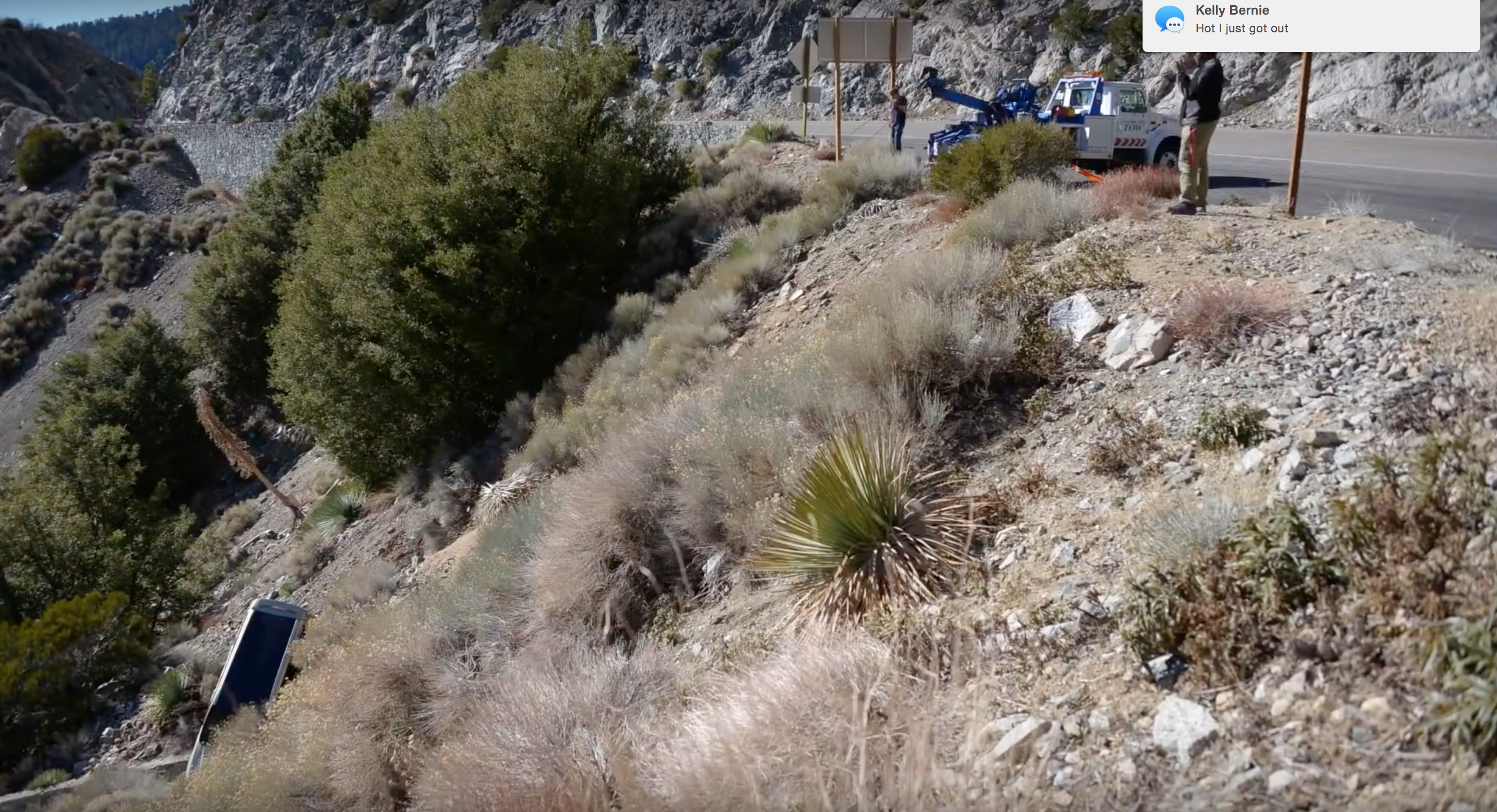 CHP came, created report, took measurements, and the recovery tow truck came but decided not to tow until the next day when the sun was out. I went back to watch the recovery on Monday.

I never thought that I would be one of the guys that wrecks his car in the canyons. I’m not even close to being a pro driver, but I take (really, took) just slight pride in my situational awareness while driving, my somewhat decent understanding of vehicle dynamics and how various driver inputs affect a vehicle in motion, my autocross and canyon experience, and the fact that I haven’t gotten any tickets or into any accidents since I got my license (for what it’s worth). I messed up. I got too comfortable at the wrong moment and it got the best of me. It shows that things like this can happen to mostly anyone. The whole cruise up there was relaxed, leisurely, until that moment. I definitely wasn’t purposely trying to take that corner fast, I was caught up in the moment flying through those long tunnels, got distracted, and didn’t see the road ahead of me. I panicked last minute and that ultimately lead to this entire situation. I’m disappointed in myself, and I know some others may be disappointed in me as well. And I know it could have been worse in so many ways, and I’m kicking myself for that. But ultimately I’m glad to be alive and well.

Thank you to many of my worried friends who messaged or called me to check up and offer their support. It means more than you know. Thank you to Jonny and Chris for choosing to go with me in my stupid decision to keep going up the road that was closed in a few miles anyway. I needed you guys more than ever in that moment.