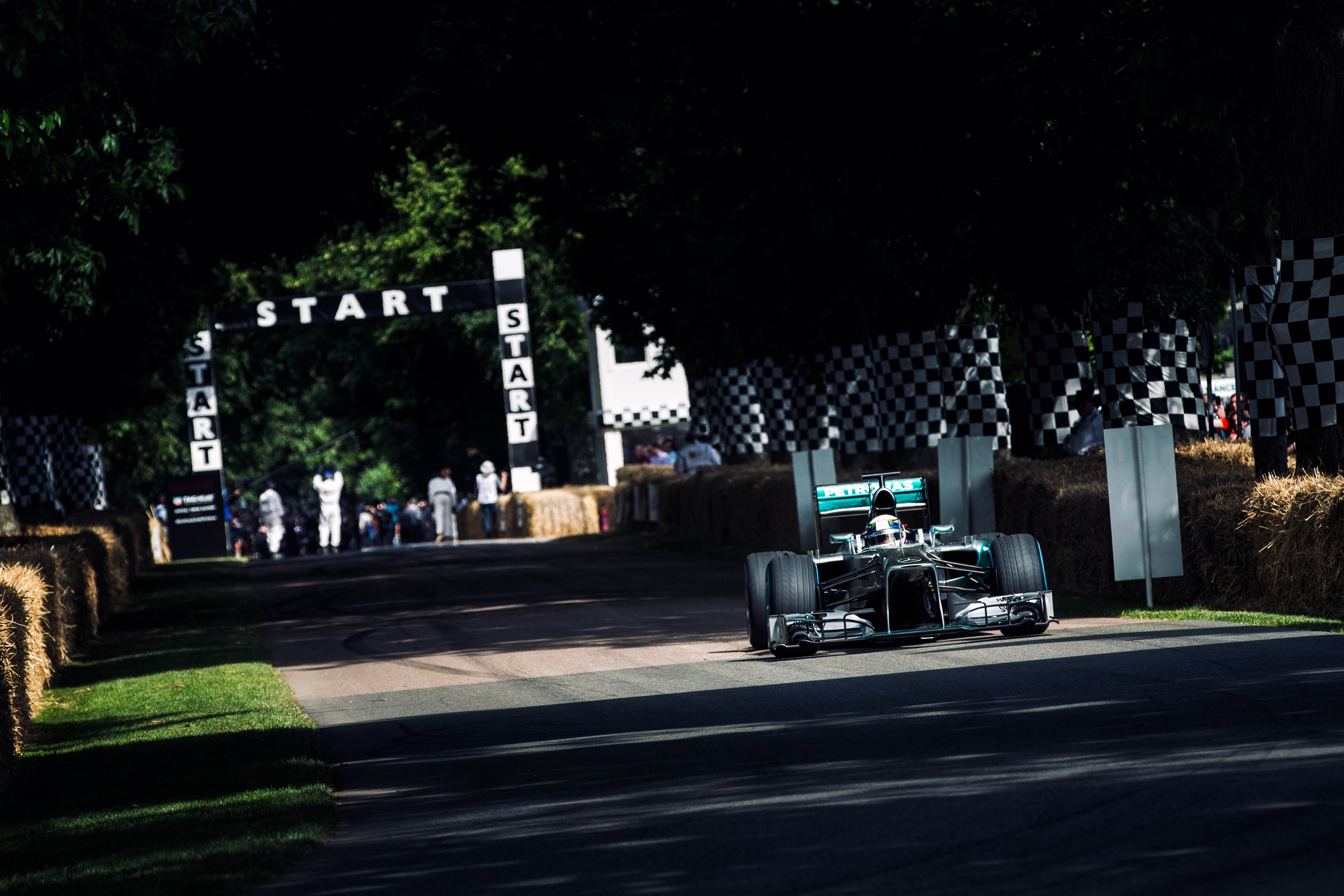 The new Mercedes-AMG A 45 made its public debut today on the Goodwood Hill, with the Chairman of AMG, Tobias Moers, behind the wheel – marking the very first time the 381 hp machine had been seen in action, just hours after it was unveiled.

Glorious sunshine prevailed, and Saturday at the Goodwood Festival of Speed took place under clear blue skies. With no natural cloud cover, the new Mercedes-AMG C 63 S did its best to create some, temporarily enveloping the Hill in tyre smoke.

One of the most popular runs up the 1.16-mile Hill occurred when Sir Stirling Moss took part in a parade of W 196 R Silver Arrows – marking 60 years since the 1955 season, when Mercedes-Benz dominated the Formula One and World Sports Car Championships. Reunited with his 300 SLR ‘722’ in which he won the Mille Miglia in record time, Sir Stirling led the historic run as six examples of the mighty W 196 R, the most advanced racing machine of its era, took to the Hill.

Away from the track, the Mercedes-Benz Pavilion proved to be a crowd favourite, with the latest range of Mercedes-AMG cars on display, from the new A 45 to the C 63, the GLE 63 Coupé and the Mercedes-AMG GT S. From the world of motorsport came the menacing GT3 and the Official Safety Car of the FIA Formula One World Championship™. 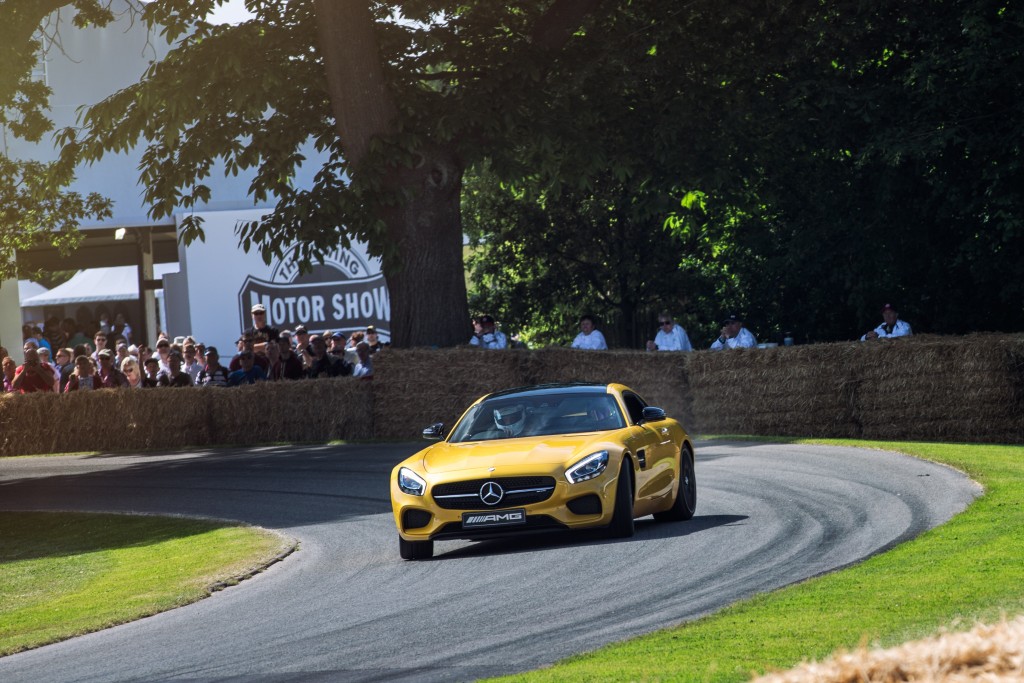 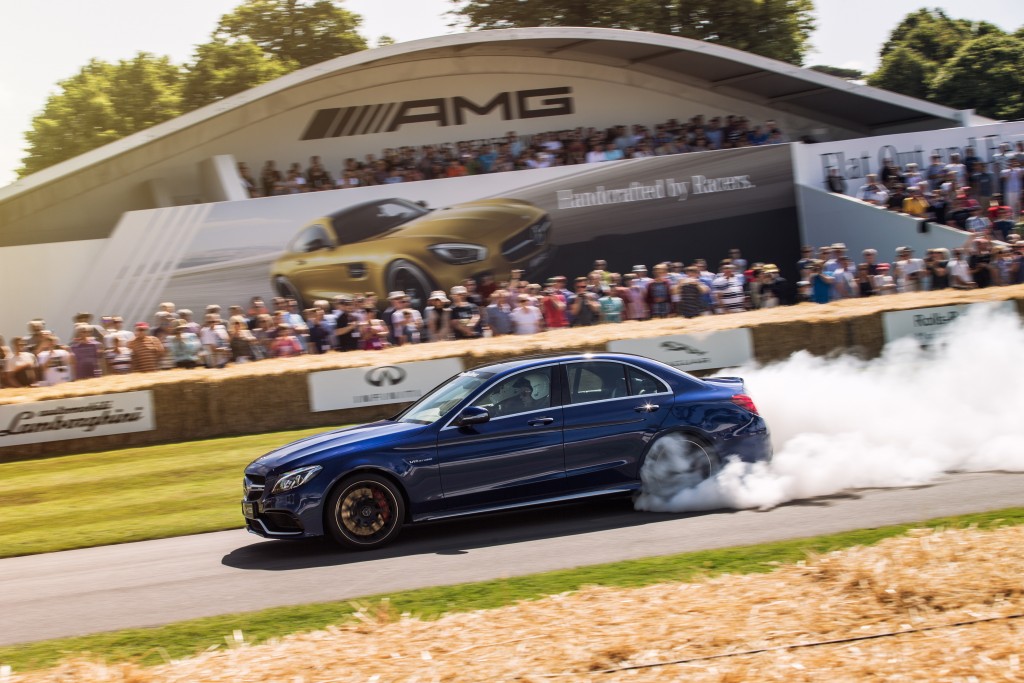 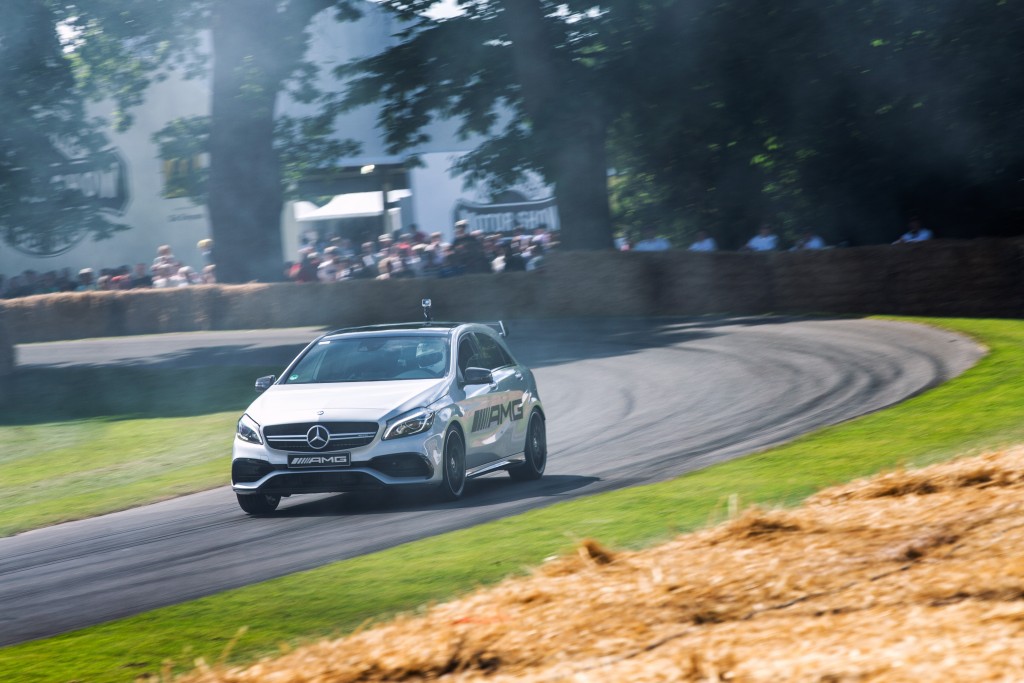 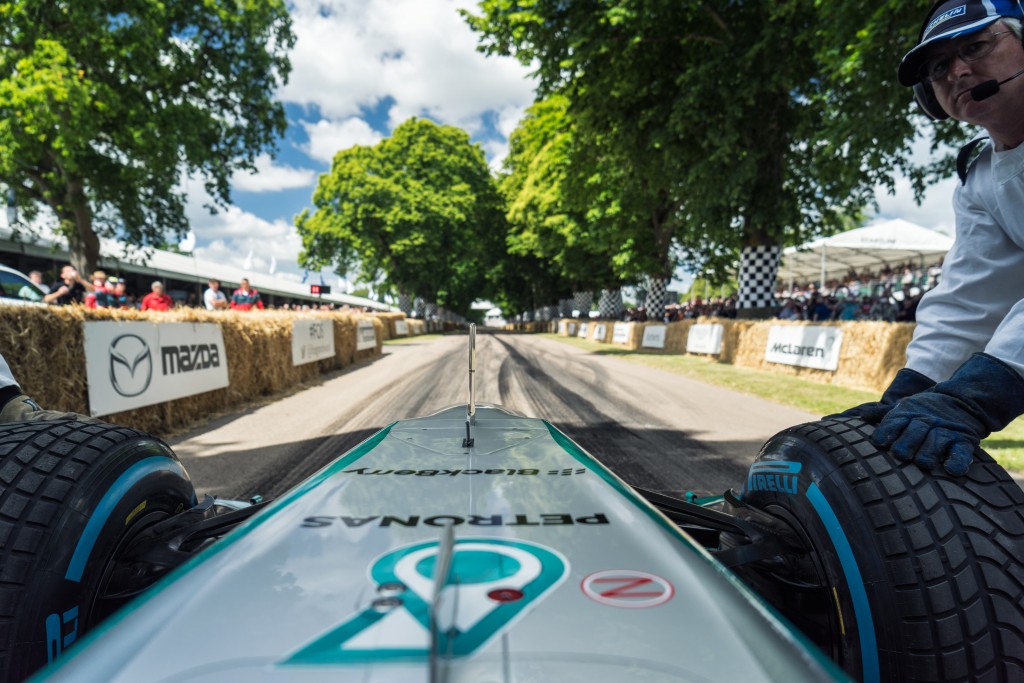 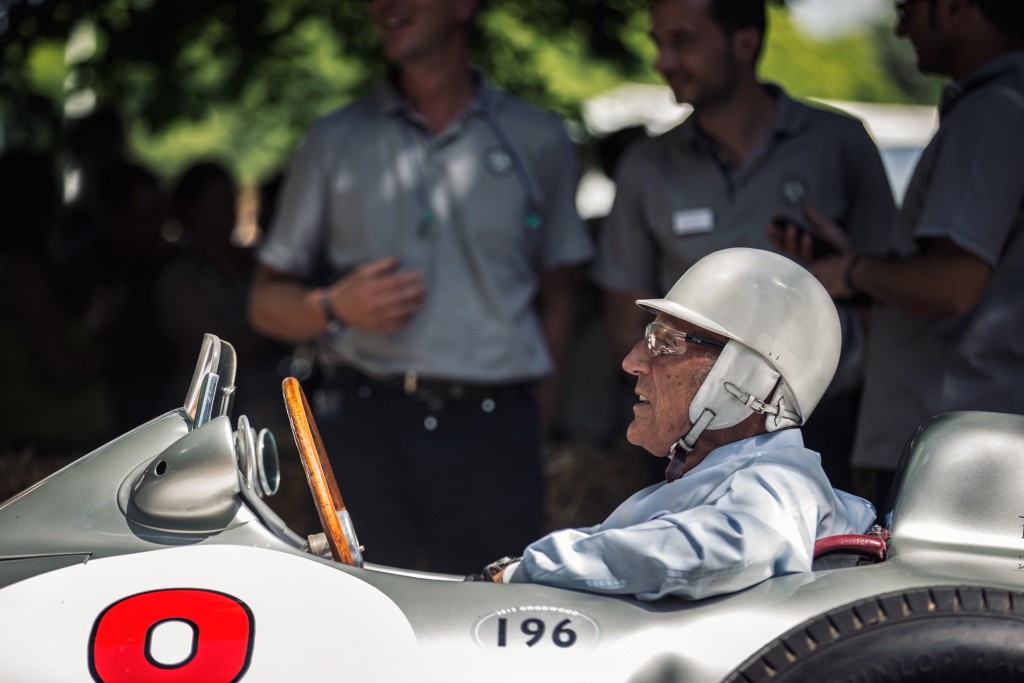 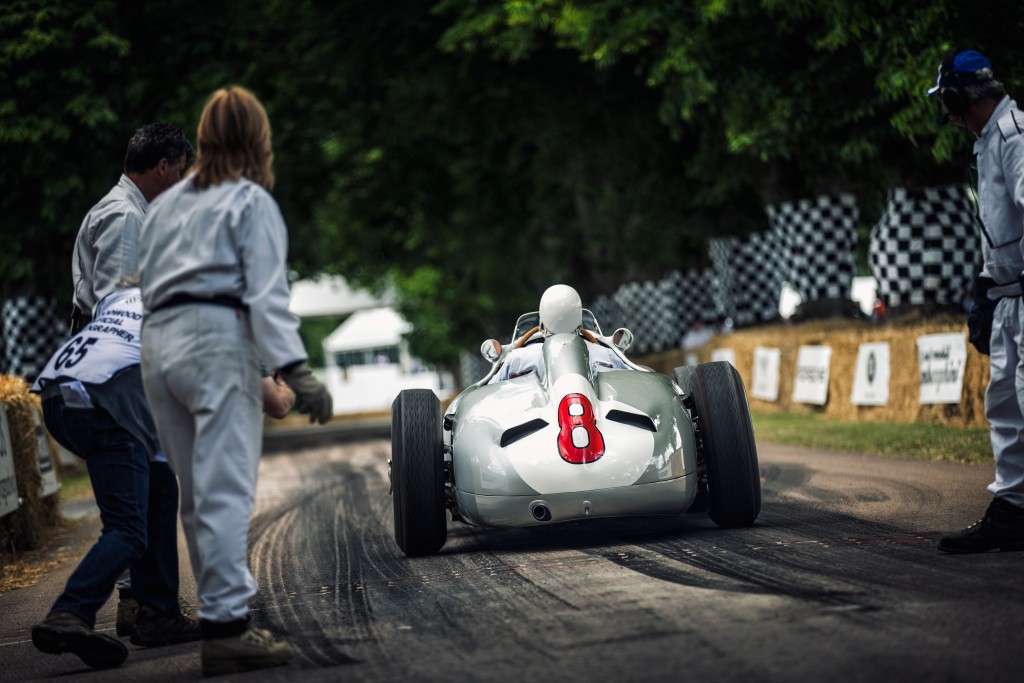 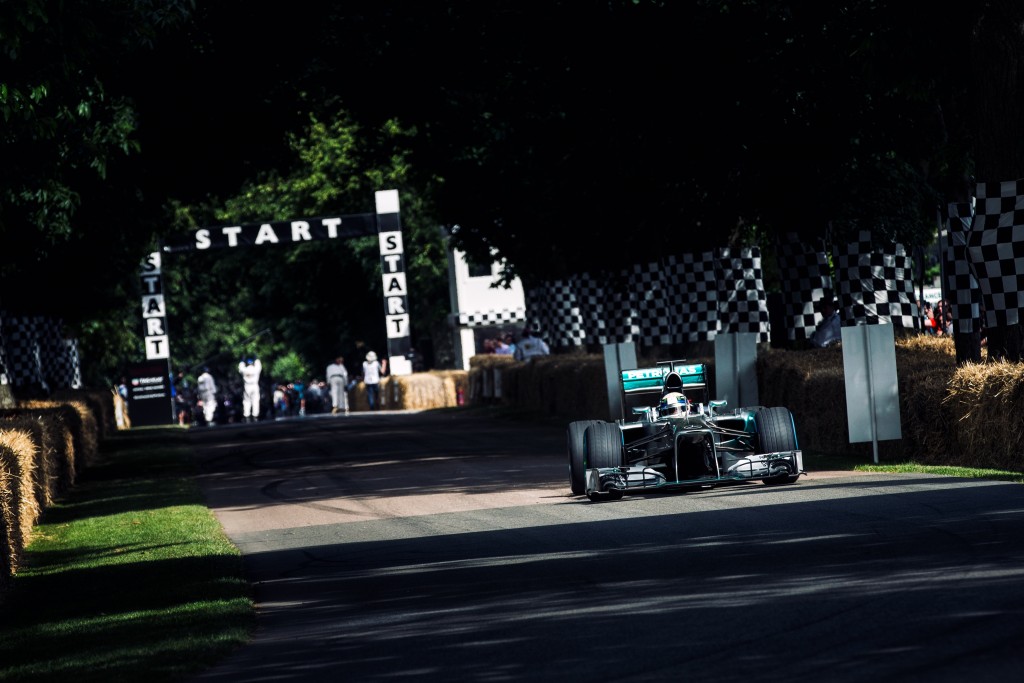 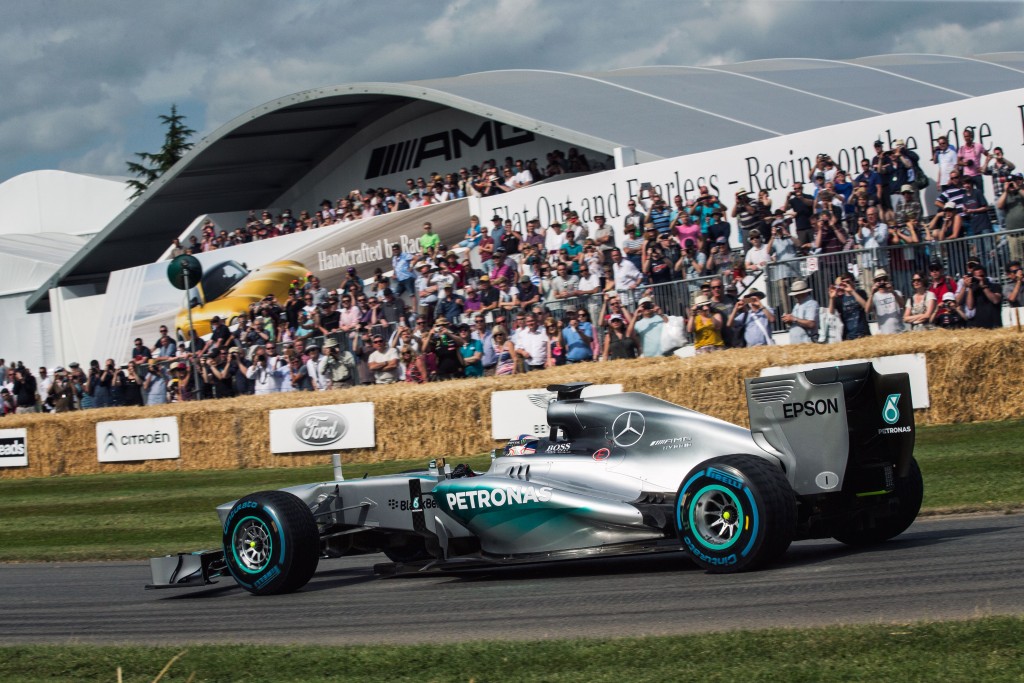