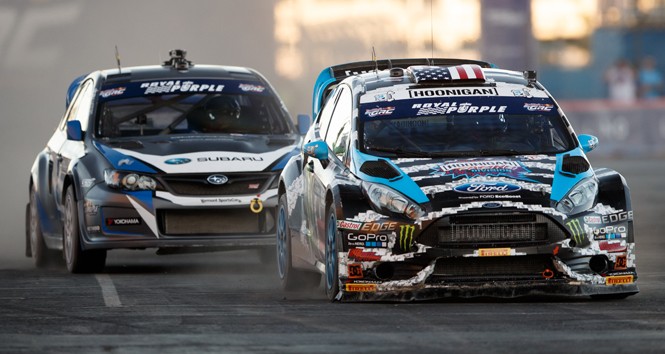 Red Bull Global Rallycross has announced a revised structure for Supercar manufacturer points beginning with the upcoming 2015 season. Under the new system, the top-finishing eligible entrant from each recognized manufacturer is eligible to score points at each race, which will be tallied with its own five-point system.

“We wanted to make the system to where it was balanced for all the manufacturers, regardless of the number of cars that were competing,” said Joey Mancari, Red Bull GRC vice president of competition. “In essence, we’ve made it to where, if there is one brand with a smaller amount of cars than another brand, it isn’t based on car count, it’s based on performance of the teams.”

To be eligible to score points toward the manufacturer’s championship, an entry must fulfill the following criteria: