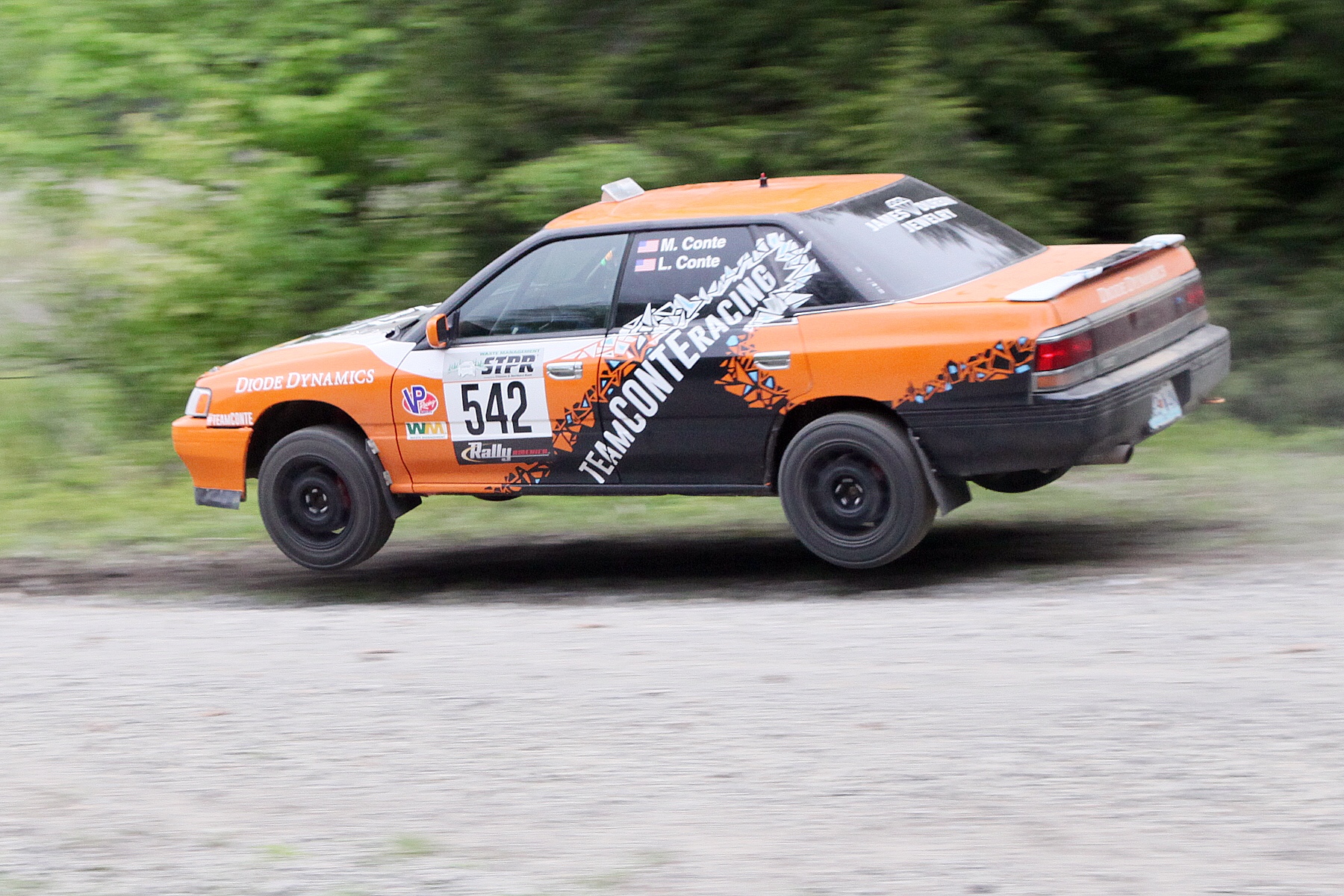 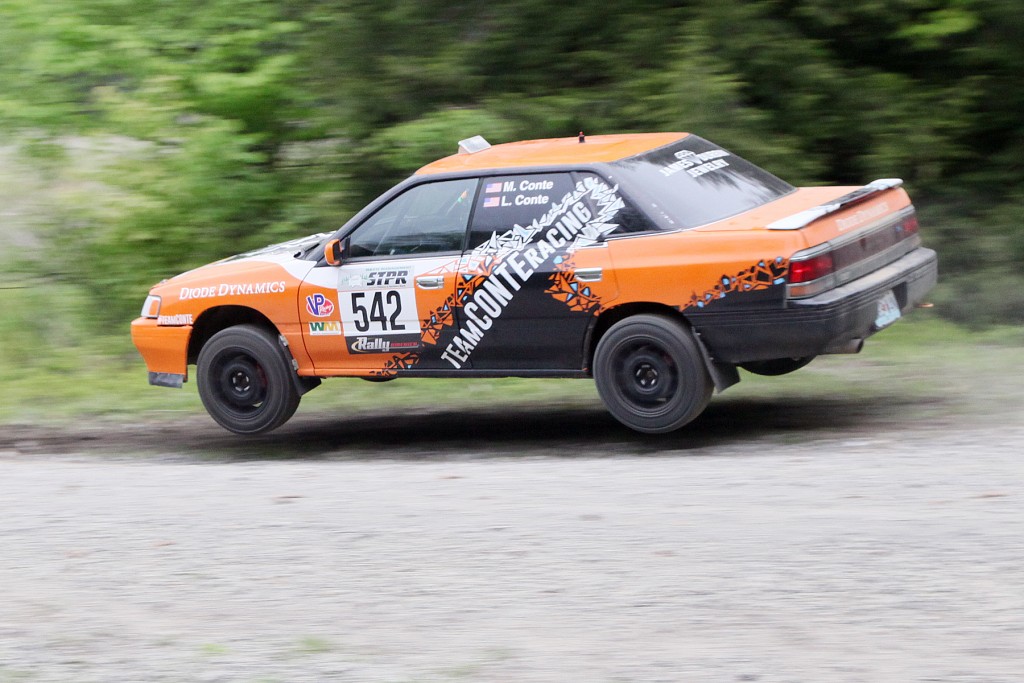 The 100 Acre Woods Rally takes place next weekend(Feb 27-28) in Salem, Missouri and 64 teams have signed up for the race. David Higgins and the Subaru team will likely win – now that Ken Block can no longer make the event. But there will be some amazing battles throughout the rest of the field and rally becomes so much better when you have a team to cheer for. So every rally we’re going to try to profile a driver to give you someone to follow from home. We reached out to Matthew Conte of Team Conte Racing and asked him a few questions leading up to his race next week. Plus Matt has a pretty cool story. 100 Acre Woods his local event and his wife is his codriver!

“This is the event that got me into rallying. I went to college at Missouri S&T, which is located in Rolla, right up the road from where the 100AW rally is held. Back in 2006 some friends and I went to go see what this big race was that some people were talking about. It was 38 degrees and raining. We went to one spectator corner, saw some cool cars, but(I) thought it was stupid to be out there in this rain and cold and went home. I still got addicted and had to find out more. It is also the same roads that Ron Erickson and I pretty much learned how to “rally” on. We’d spend a few nights a week, late at night just driving around the gravel roads learning to how slide the car around and go at a quick pace.

Beyond this being my home event, it’s also the one that my friends organize, that I’ve volunteered, that I’ve spectated, I’ve co-driven, I’ve done media for, and now that I race. So to go flat out on these insanely fun roads is sort of the result of years of waiting, now I push myself harder and harder each year, as my near term goal is to win the regional outright, long term goal is to get on the national podium someday at this event.” 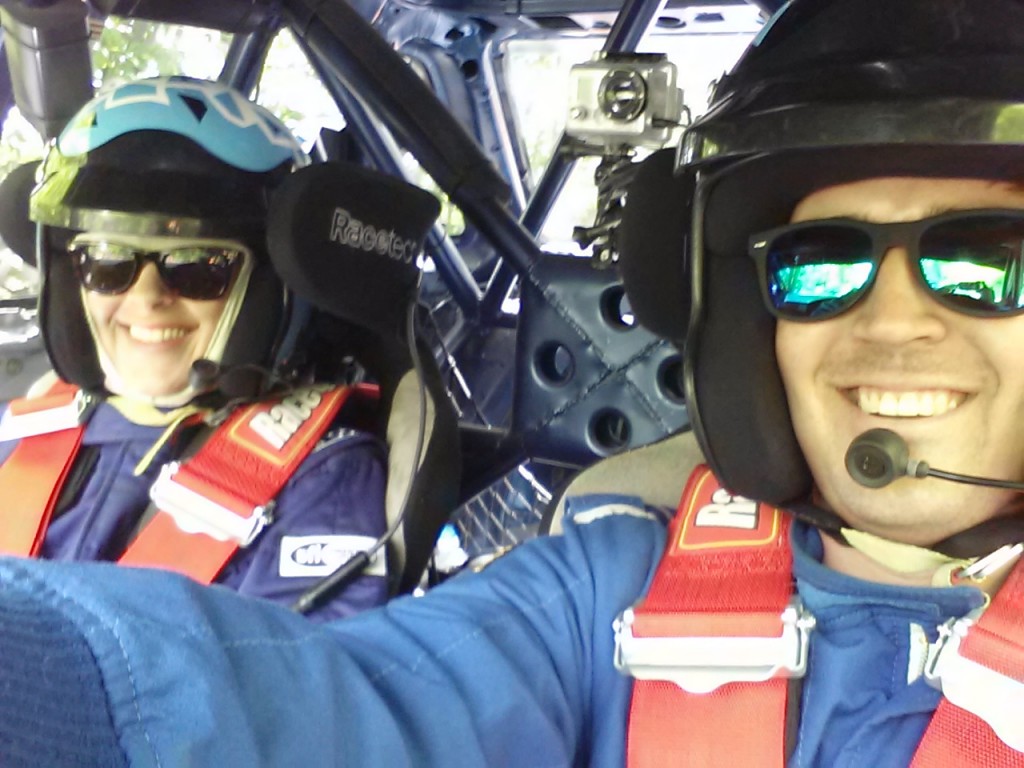 Any changes to the team or car since last year?

“Last year the car was brand new to me. I sold my old Open Light car, and bought this Open car, which was basically a bone stock 1991 Subaru Legacy with the stock VF11 turbo. Some nice differentials, nice brakes, and the same suspension that was on my old car. We ended up DNF’ing due to a fuel pump in the middle of stage 5, despite weeks of testing beforehand.

Over the last year I’ve worked on making the car a lot more robust and reliable. Otherwise it’s still the same suspension, same nearly stock engine, same diffs and same brakes. The key has been to get more seat time to find more speed out of the car as is. I don’t want to be adding a ton of power when I am not even fully utilizing all 160hp that is currently on tap.”

What is your strategy for the rally now that your starting 12th in the race?

“Starting this high up in the start order is always fun, not that much waiting around, and the roads aren’t chewed up at all. It also does allow for me to use the braking points of the much faster teams as a great guide. Otherwise the strategy is going to be similar to what I did for the Show-Me Rally two months ago, go hard right out of the gate on the stages I know very well to try and gain as much time as I can. I have a disadvantage on Day 2 as the southern stages are not my strongest, while the fast flowing stages of Day 1 are what I tend to excel at, and will try to use that to my advantage.”

What is it like having your wife codrive? Do you guys ever fight? I assume its just the opposite, you know each other soon well that its like your in each others heads…

“People always do have the notion that because we are a married team, that we must argue a lot. However since she does a fantastic job in the right seat and because I am an extremely laid back type of person, arguments rarely happen. It was a fun surprise to see how well she took to it.

She never really was that into the racing, it was my thing; she supported it, but didn’t want to get into it. I convinced her to at least try her hand at Co-driving at a small local regional race (Perryville 2013), it was low key, not stressful, great place to try her hand at it. She agreed. This was literally 2 weeks after we got married and finished up our honeymoon. Honestly, I figured this was either going to be awesome, or a huge disaster. Had a backup plan in place in case she got sick reading the notes, or got stressed from going fast, but she rocked it. Zero issues, never got lost, was nailing the notes with a little help from me (asking to repeat = too far ahead, saying “okay, okay, OKAY?!” meaning to speed up). On top of that, we won the rally overall. I was extremely proud of her and I still am. She is very competitive, and will do whatever it takes to make sure our times are correct, and likes it when I am pushing hard.

Having her along definitely is a great bonding experience, I have to learn to trust in her completely, and she has to trust in me completely. Without either or, we won’t be fast and won’t be competitive.” (Ed. This is seriously awesome. Imagine competing with your wife/husband?) 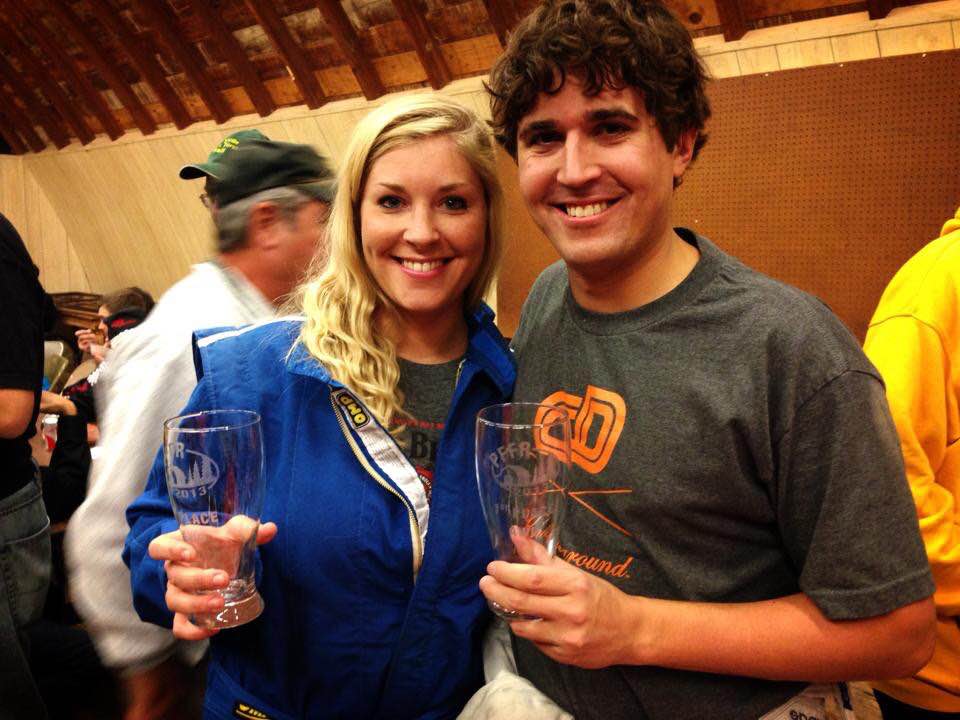 Who will be your biggest competition? If we want to watch you battle for times, who should we compare your stage times too?

“Justin Pritchard is the guy that I am always aiming for; an extremely fast driver with years of experience in a properly quick Open Light Impreza. He’s the guy that I look up to and that I’ve always tried to measure my progress against. Even though he is in a different class, I don’t care, I always am looking for the overall win, not class wins. If I can match or beat his times then I’ll be happy. I know he’ll be pushing just as hard as I will be.

Other competition includes the Krolikowski’s, another husband/wife team with years upon years of experience. Brenton Kelly is proving to be properly quick in his new car as well, and Jake Marsack just came off an overall regional win at Sno*Drift so I have no doubt his confidence is high and will be pushing hard too. Honestly the competition for the overall regional result is going to be extremely close, it’ll be a blast to trade times and push.”

Which stage is your favorite if you have one?

“Floyd Tower West is my absolute favorite stage, but unfortunately won’t be running it in the traditional format this year since Higgins/Block have made it too fast to use without an enormous amount of chicanes. We’ll also be running a shortened version of Pigeon Roost, another favorite of mine. Both of those stages reward total commitment and well written pace notes. Lots of fast 5’s and 6’s over blind crests or places to carry your speed when you are reaching excess of 80mph. One tap of the brakes over a blind crest or through a fast corner at those speeds means seconds are lost, so even if we have an underpowered car compared to the field, we can use momentum and a flat out mentality to get the edge.

Crooked Truck Trail on Saturday is another super fun stage, a lot of 3’s and 4’s, can get a great rhythm going and there is a fantastic spectator point where you can really see the speed that these cars carry through the fast corners.

Of course it wouldn’t be 100 Acre Wood without Ollies Camel, the infamous jump. I missed out on it last year, and really looking forward to hitting it hard and fast this year.”

What else should we know about you and your team and this event?

“Even though we are running up near the top of the field, we really are running on an extremely tight budget. There is a local family that is putting us up in their house after they graciously offered it to us last year which is awesome. The guys at Diode Dynamics always are a huge supporter of us and really help us out financially while Gorilla Off-Road Company provides us with some excellent products to test out.

Even with a few sponsors we still run everything on our own. Long nights in the garage prepping the car, using the same tires from last year, and lots of homemade fabrication. Years of experience has let me learn what is critical and what isn’t. Having great friends locally who can fabricate is also a huge plus. This program really wouldn’t be possible without the help of a lot of friends and companies, can’t thank them enough!” 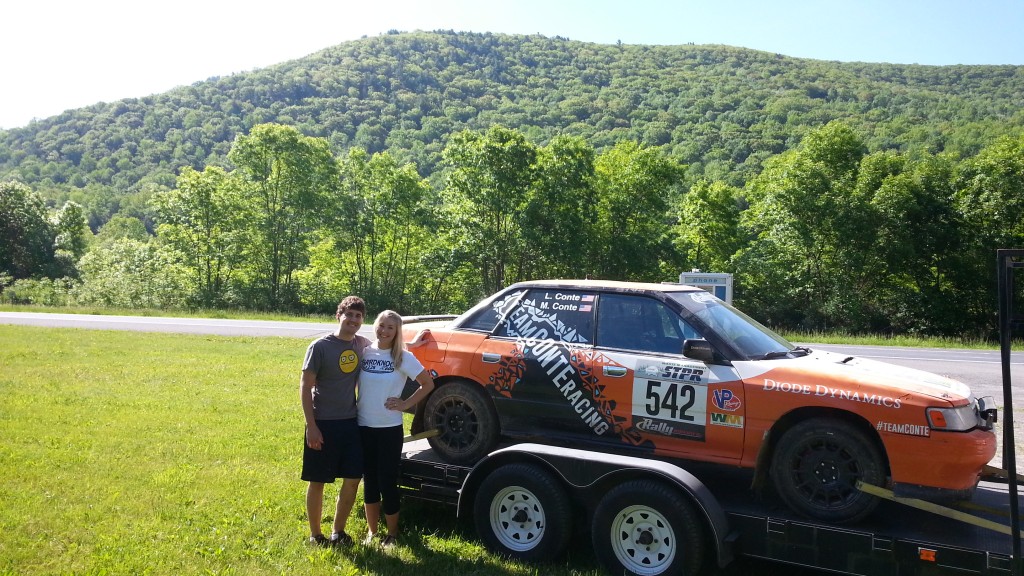 Here’s how you follow Matt’s rally next week. Like his Facebook page for updates. Check Rally America for stage times and hopefully you can tune in to the Jim Beaver Down and Dirty Radio Show that broadcasts from the event. I say hopefully because the covered the last rally(Sno*drift) but I dont see any listing for him attending 100 Acre Woods.