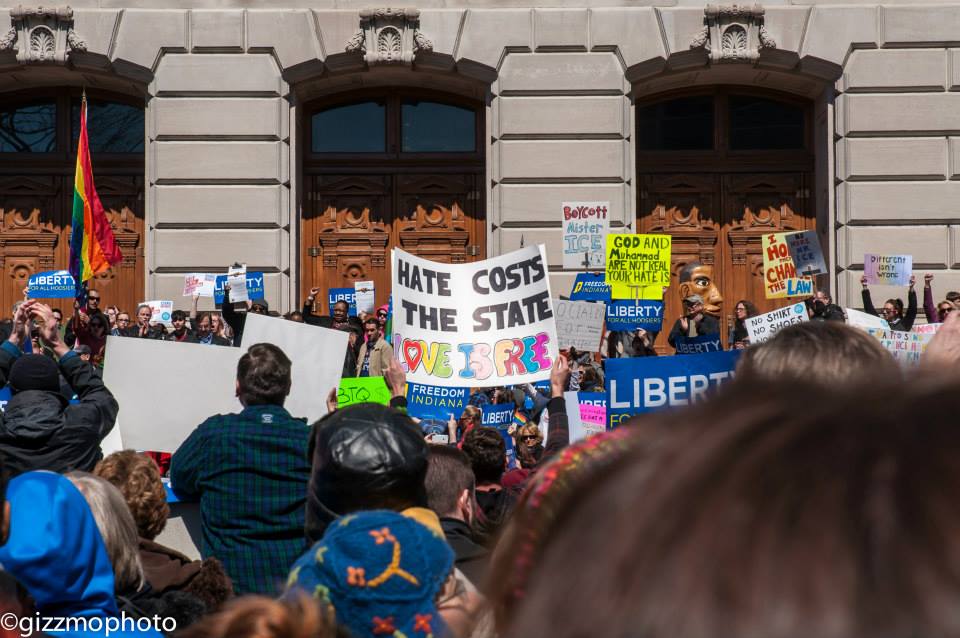 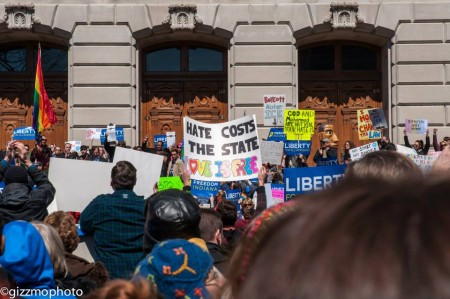 A few years ago Bill Caswell asked the question – Why aren’t there more out professional race car drivers? It stirred up some good conversation at a time when LGBT rights and marriage equality debates were making a lot of headway.

Now Indiana, a state with a strong motorsports history, is at the center of these discussions with the RFRA. As racers, enthusiasts, and fans, we have ties to this state and it’s businesses. We as a community should take notice of how current events are taking shape.

So excuse me for a minute while I make a metaphor about systems; how things work together to lead to a specific and predictable end result. In a race car you have several inputs at your disposal. Gas, brake, and steering. There’s also a suspension setup, tire tread/compound, vehicle weight, drivetrain type, etc.. It’s a system. And one part of that system on it’s own is not indicative of any problem. Flooring the gas in a race car does not mean anything bad and often is the right course of action. Same for threshold braking or steering input. And race tracks have corners which when looked at all by themselves have no negative repercussions to their existence.

Where am I going with this? Predictable, repeatable, results.

Floor it down the straight. Lift at your braking point, balance trail braking into the corner as you turn in, throttle out at the apex. Unwind the wheel. Racing is all about consistency.

But what happens if you’re using 100% of the brakes at your turn in point? Without any traction left in the tire for steering input you’re going to understeer straight off the course. That is also consistently, repeatably, predictable.

This is obvious to those of us that track our cars or race.

Now let’s come back to Indiana state politics. They just finished a loud battle involving supreme court influence to overturn the seemingly popular ban on marriage equality. A policy with strong religious backing. This followed with the RFRA, who’s lobbyists include Micah Clark, Curt Smith, and Eric Miller. These are people who have called homosexuality a “treatable disease”, equate it to bestiality, and have spread false rumors about legal repercussions for religious institutions after same sex marriages are legalized. And Mike Pence has also said in his explanation of the law that he has no intention of passing LGBT non-discrimination laws to protect the state’s homosexual, bisexual, and transgender individuals. It’s clear what their agenda is. Clear as a car locking up it’s brakes about to understeer right off the race track.

Other states, like Illinois, as well as the federal government also have RFRA type laws. This single item, like just the gas pedal is a single item on a car, is being raised as defense of the law being passed in Indiana. But the key difference is other states, such as Illinois, have non-discrimination laws protecting LGBT individuals from discrimination. For example in the workplace or housing market it is illegal to use someone’s sexual orientation or gender identity (gender identity is lacking on some of these legislations, however) against them. Illinois also did not have the same strong objection to same sex marriage. It passed fairly easily there. So this creates a system. Religious views and practices are protected. And non-straight people are also protected. Illinois threads the needle through the corner and is putting down a decent lap time. Indiana currently has no system to ensure this and the same discrimination that is illegal in Illinois is legal in Indiana. That is the failing of this legislation, and what we as a community should speak up about.

A state that prides itself on Hoosier hospitality should be encouraged to examine just how hospitable they’re being right now when they’re creating a group of second class citizens based on a biological factor – their sexuality. We all have a sexuality, and there is a vast spectrum of orientations. We should all be granted the same protections under the law.

Use your voice, use social media, use your vote. Let’s change things for the better.