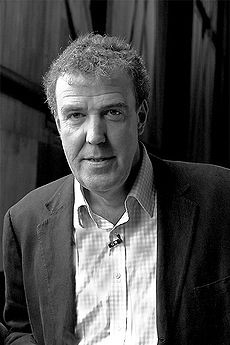 With regard to your brilliant article about Jeremy Clarkson and the future path of Top Gear, I’m afraid you’re wrong in every single imaginable and unimaginable way.

What you apparently do not realize is that Top Gear is a television programme intended for 18-30 year old males. Such males enjoy making light of an antiquated arrogance only the likes of Jeremy Clarkson himself is capable of satirizing.

Have you, for but a brief moment, considered that by any morsel of a chance that Top Gear is indeed programming not suited for you?

Rather, you have paid close attention to the various headlines from the Daily Mail, the Daily Mirror and other such “arbiters” of journalistic integrity so as to arm yourself with the appropriate ammunition to discredit Clarkson and all the work he has done.

Your ignorance only becomes further evident as you cite the BMW i8 as the “coolest car in the world right now.” Very imaginative; I’m certain no amount of Google searching aided you there.

In addition, the statement “Car manufacturing, weirdly, has not just caught up with but superseded the world’s environmental concerns” is not only uninformed, but also outright false.

If car manufacturing in fact “superseded the world’s environmental concerns,” cars would no longer rely upon petroleum at all and the fear of global warming would be but a mere false alarm in the past, no different from Y2K.

The part where you said, “Vehicles that give off few emissions and use modest amounts of petrol look like dinosaurs now, compared to the ones that use no petrol at all,” doesn’t help your cause either, I’m afraid. The number of fully-electric vehicles on the market at the moment is a staggering 20.

“I’ve sat in cars whose electric cells were regenerated by the kinetic energy of the car going downhill, while feeling like I was in a Hummer.” What? You do know that kinetic energy regeneration is nothing new and hybrids are capable of it too?

“The solar industry’s work on battery storage is about to rip the whole industry a new tank.” Did you stay up all night thinking of how to somehow parse the phrase “rip a whole new” into your “article”?

Then comes the Shakespeare-level line, saying, “Top Gear, being so far behind the curve, would only be able to catch up if it undertook a radical rethink of its value system. I suggest an eco-feminist approach. In the first place, they need to incorporate the obvious concerns of the entire industry, to produce cars that get you places without needless waste.” Do you even know what Top Gear is about? Reviewing cars and the joy of motoring. No one wants to watch a mumbling bloke point out how the Coda (you can use that stellar, new model in your next brilliant article) regenerates its battery under braking.

What you suggest is a clinical, antiseptic and lifeless version of Top Gear that incorporates completely zero of the elements that made the series enjoyable to watch in the first place.

Another step further and one might be actually fully convinced that you have bothered to watch Top Gear a net total of zero times: “Feminism is relevant because only a macho culture would have allowed a bunch of idiots to elide heedless fossil fuel use with mindless racial slurs and scientific illiteracy.”

You say “idiots [plural]…use…racial slurs and scientific illiteracy.” If you watched Top Gear, even at least once, you might have realized that Jeremy was the single member of the show to do any of those things.

Ultimately, here’s why your plan would fail: “What would my Top Gear look like? Cool cars. Some cars that were not cool. Intelligent people saying things that were not facile. A vision for the future; a vision that baffled belief, a little like Tomorrow’s World, except, you know, just around the corner. Realistically, possibly, about to happen tomorrow.”

The thing about humor is that it favors slapstick themes such as obesity, irreverence and obscenity. No one goes to any comedy show to be bombarded with unfunny, politically correct jokes and then laughs merely as a sincere and polite gesture. Likewise, no comic is going to alter his or her humor simply so as to conform to the increasingly sensitive tendencies of “Tomorrow’s Word,” whatever that is.

The ideal of “Tomorrow’s World” (whatever that is) is just that: an ideal. What makes Top Gear, rather, so topical, so on-the-ball is the way the producers and presenters say “bollocks” to the trends of today and do the polar opposite of everything you suggested, complete with a burning rubber fanfare going on in the background.