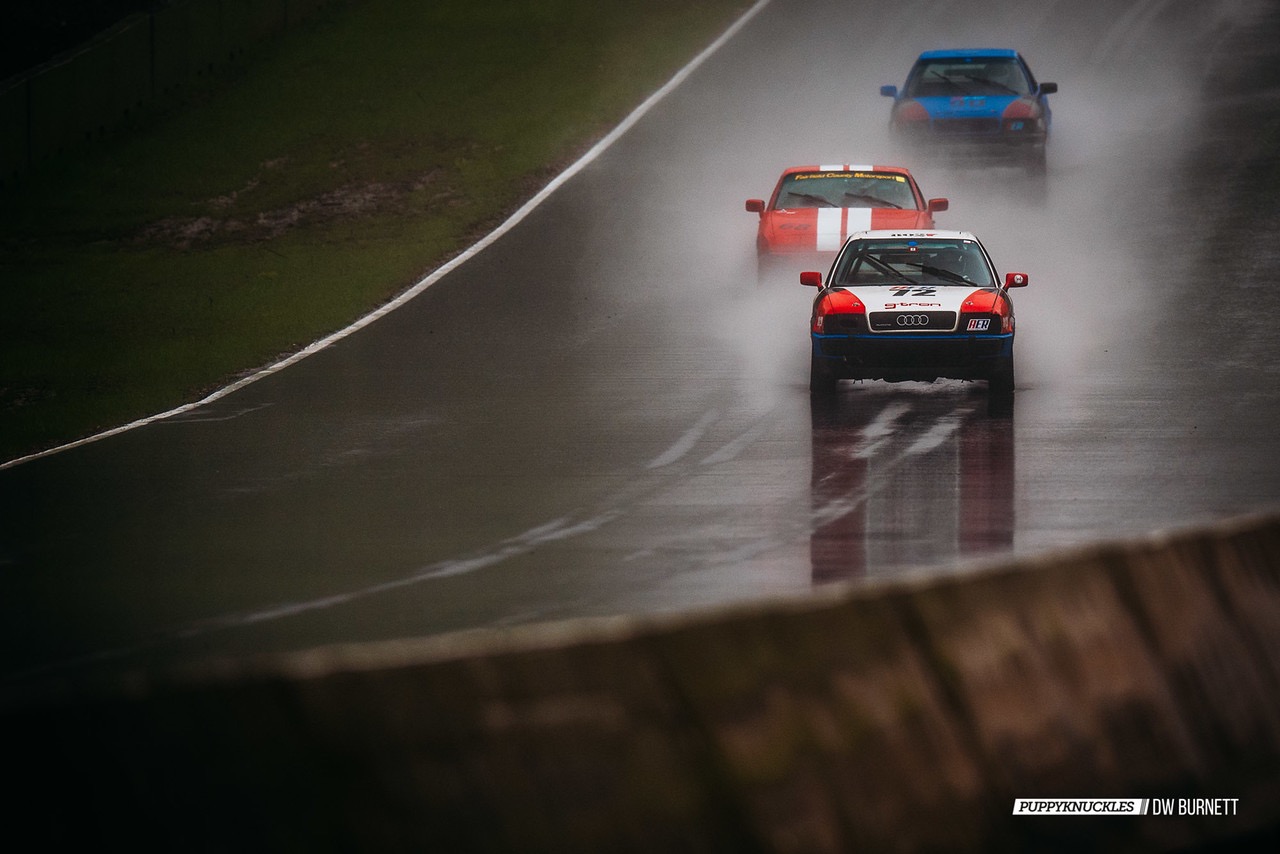 American Endurance Racing’s first event of the season was back in May at New Jersey Motorsports Park and we raced on Lightning.  It was great weather, and lots of good people came out to compete for the Jalopnik Cup of Excellence.  G-tron brought three Audi 90s per usual: Mr. Freeze #72, Mr. Heat Miser #95, and the newest member, Smurf #90.  Seven laps into the race on Saturday, I got loose under the bridge and was rear-ended which spun me around before two more cars made contact in the front.  I went to pull the car into the paddock and had the the hood fly up.  We were out for the majority of the day, as one of the impacts crushed the battery and we had to pull the corner of the car back out with the pickup truck.  This only made the alignment of the right front wheel even worse (it already had a problem with picking up excessive amounts of toe out, which contributed to the car having trouble turning left).  Our drivers are always told to not touch the cars in the morning, as the mechanics are to be the first ones to do so.  However, the next morning, drivers took the cars for fuel and ended up losing the new hood pins.  The #72 car ended up finishing in sixth place in Sebring (“B”) class on Sunday after battling with the intermittent loss of power steering in the light bulb.  Car #95 did not finish the race, and it would come to have a reputation of not finishing.  The third car, #90, finished in second place in Indy (“C”) class on Sunday after a sixth place finish on Saturday. 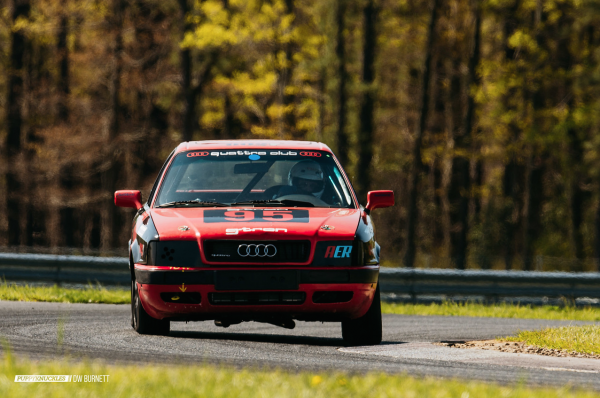 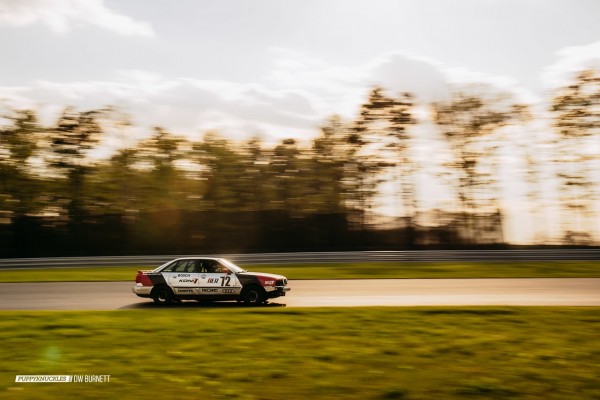 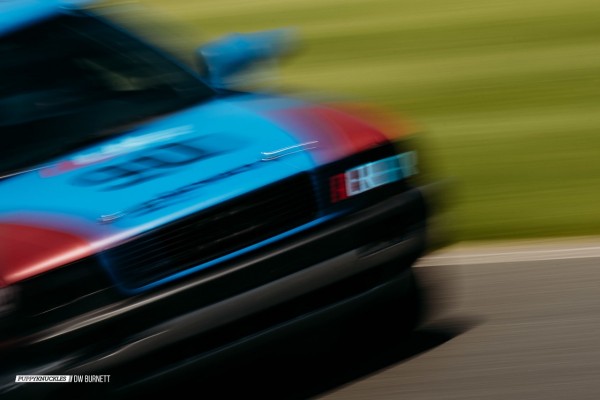 Saturday (top 3 finishers in each class) 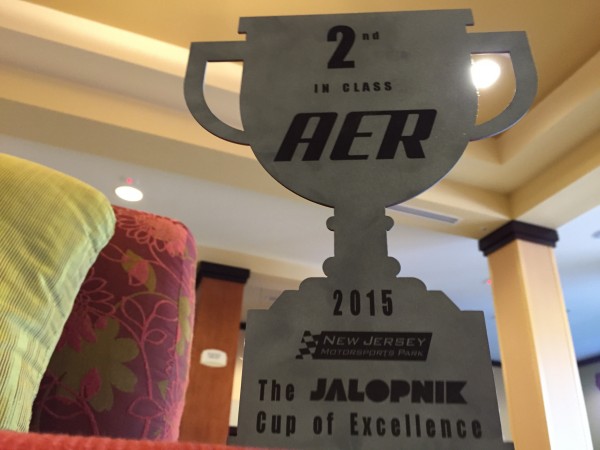 We were lucky enough to hold the first ever timed race at the new Whiskey Hill Raceway in Palmer, MA.  It came with growing pains, however, including the fact that nobody had ever used the timing loop or worked out the internet connection issues.  Timing was taking place inside a stripped-out camper near the loop.  I had four cars at this race, three G-tron 90s and the ETD Racing SM2.  The #90 car classed in Indy and the other three were in the Sebring class.  On Saturday, we received a call in the paddock that one of our cars was out in the grass.  After quite some time, it came in on a flatbed, and we found that one of the lifters had mysteriously shattered.  #72 later came in with a blown rear diff, and Matt ran back to N. Canaan, CT to pick up another.  He had it in the car by 8pm and was able to make it out for dinner.  The “Miazda” finished the day taking home fourth place, finishing on the same lap as the third place car.  #90 also took fourth that day.  Sunday was a completely different story; it was pouring.  Palmer was still working out some drainage issues at the time, so the race start had to be delayed.  When the green flag flew, it wasn’t long until #90 was in first place overall.  This was followed by #72 in second and the Miazda in third overall.  Not an hour into the race, it was black flagged for fog.  The visibility was so horrible that multiple cars nearly ended up in the wall.  By the time the race re-started, it was beginning to dry up.  Sometime after the first driver change in the Miazda, it pulled back into the paddock.  The driver heard the engine knocking and promptly pulled it in, but a twist of the oil cap revealed sparkles, meaning it was done for the race.  Car #72 finished the day in fourth place in Sebring and #90 managed to stay first in Sebring for the rest of the day.  The first place finish on Sunday and fourth on Saturday was enough to claim third for the weekend in Sebring. 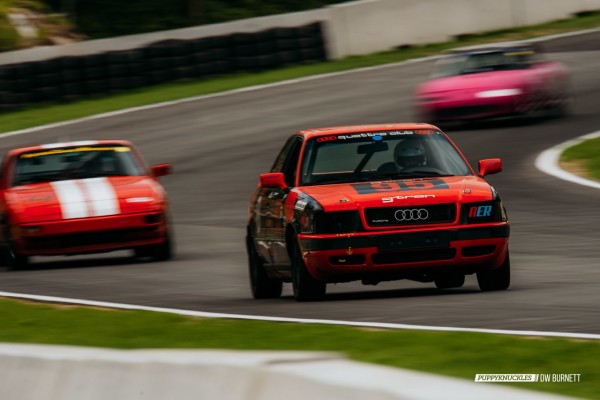 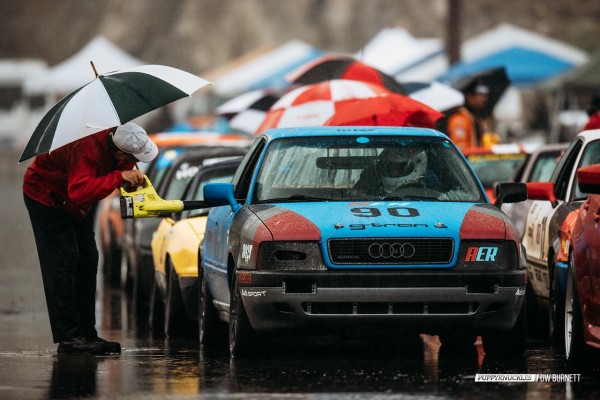 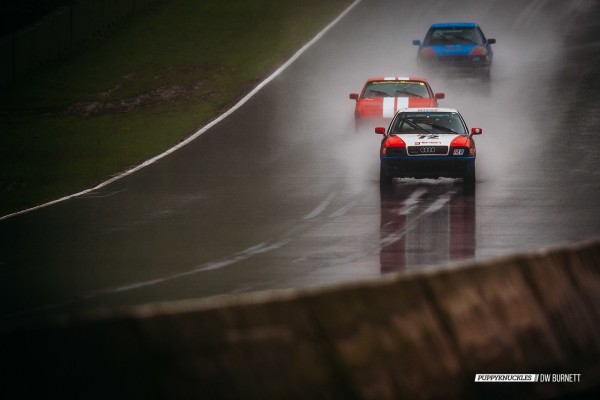 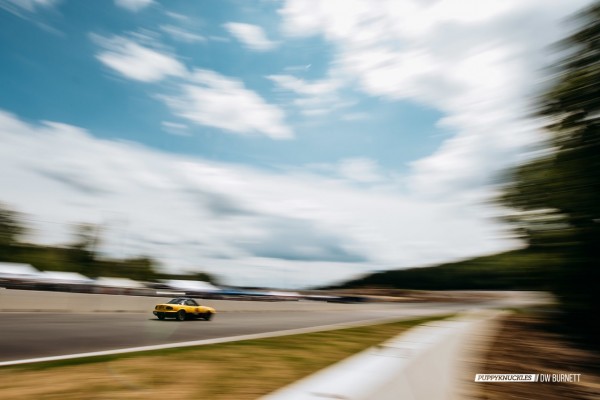 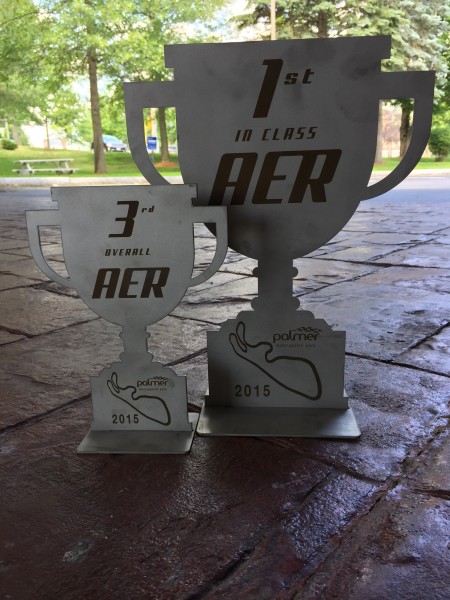 I didn’t bring the Miazda to VIR, as it’s new engine had just come back from the machine shop a week before, but we still had the three 90s with G-tron.  It was high 80s, admittedly not awful for August in Virginia, although I was praying for cooler temps, rain, or even some clouds.  We had a surprise birthday party on Friday night (complete with cake and champagne) for the president of AER, John Kolesa, and the owner of G-tron, Andrew Chang, as their 50th birthdays were in the days before and following the event, respectively.  Cars #90 and #72 classed towards the bottom of the Sebring class, while #95 seeded second in Indy.  However, #95 was no longer #95.  Heat Miser got new numbers (#999) for VIR to get rid of the bad mojo from not finishing either of the previous races.  It apparently worked because #999 finished in third on Saturday and in second on Sunday, taking second for the weekend in Indy.  As far as the other cars go, #72 finished in fourth place in Sebring on both days.  Car #90’s race went quite differently.  We had a call on Saturday that the clutch went straight to the floor.  We didn’t have a spare disk with us, but some great friends from a fantastic team (Rally Baby) gave us the spare for their A4.  After locating a clutch, pulling the engine, replacing the clutch, and getting it all back together, it was about five hours later.  We turned the key and heard something disconcerting: that sound that says, “Yup, you spun a rod-tie bearing.”  It was unfortunate that we couldn’t have found out this news before pulling the engine in the middle of the day at a racetrack in Southern Virginia in August, but such is life.  At 4:45 on Sunday afternoon, we ended up being lucky that we had a car down, as a rear wheel bearing went on the #999 car, who was leading the race at that point.  We called time of death, but after ten minutes, decided to pull the replacement parts out of the #90 car in order to get #999 back out and finish the race in second place. 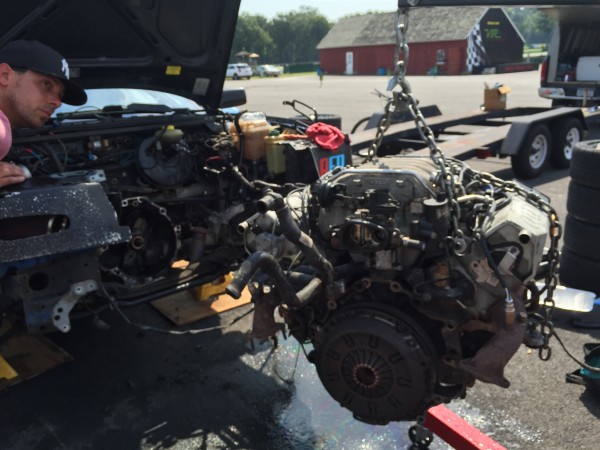 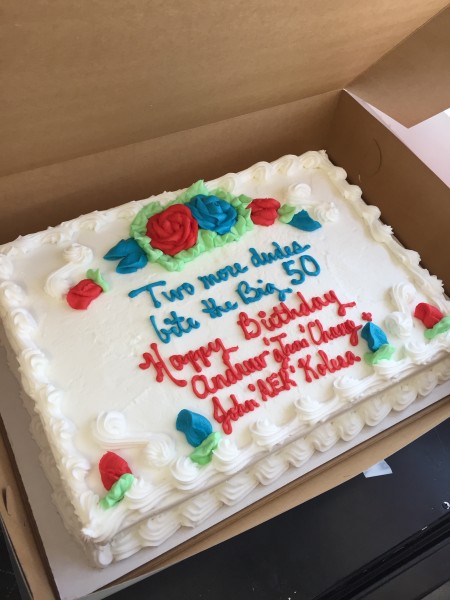 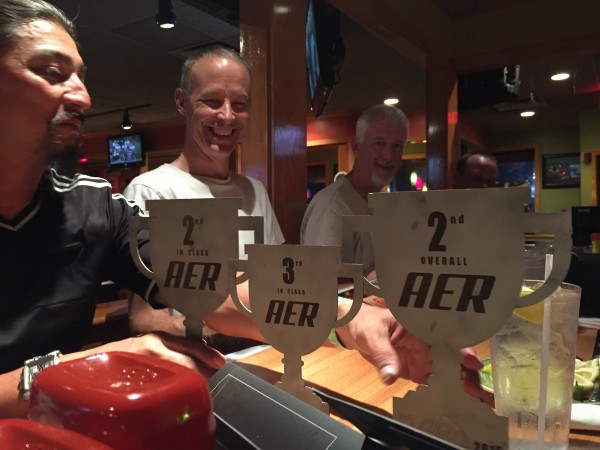