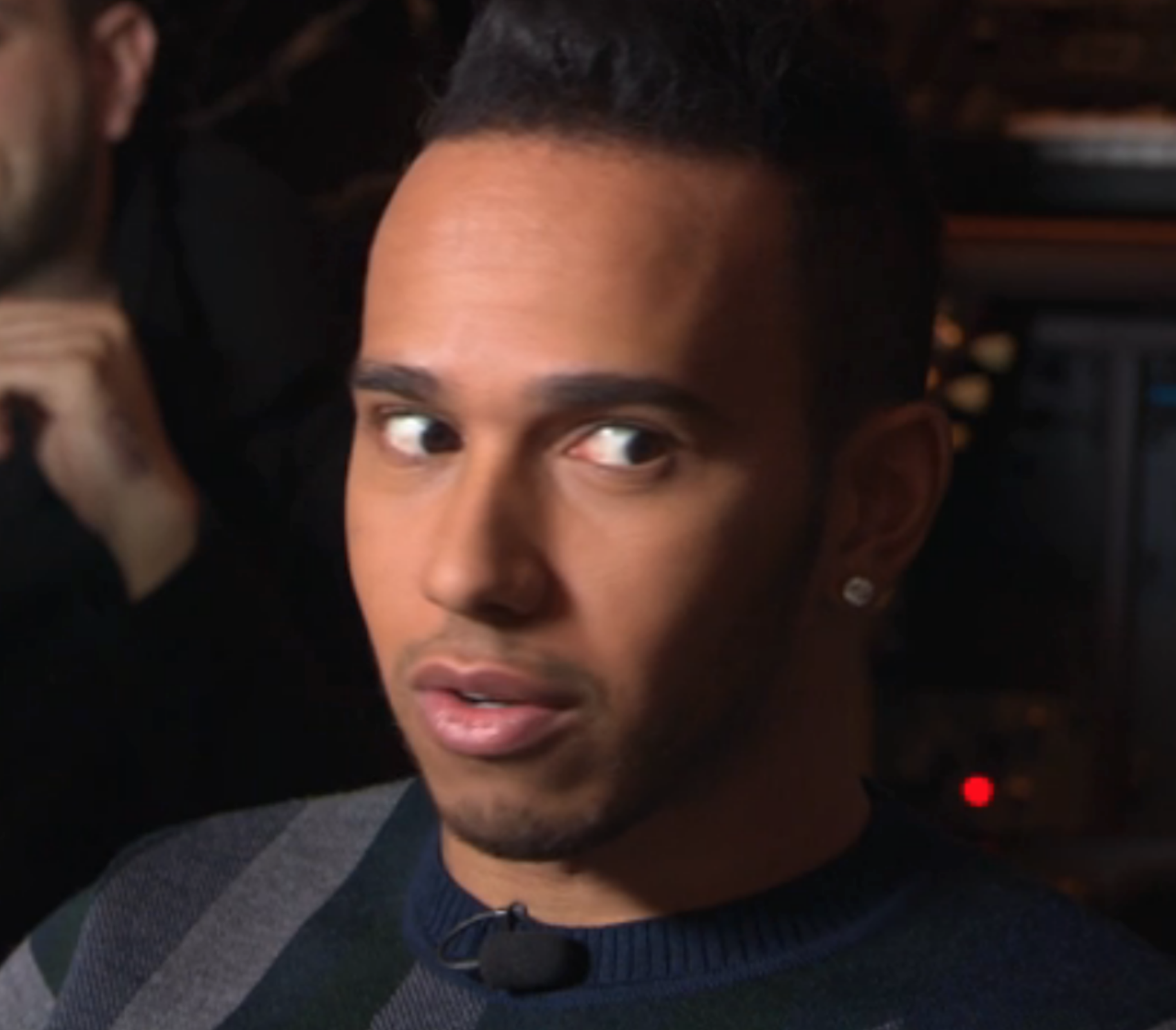 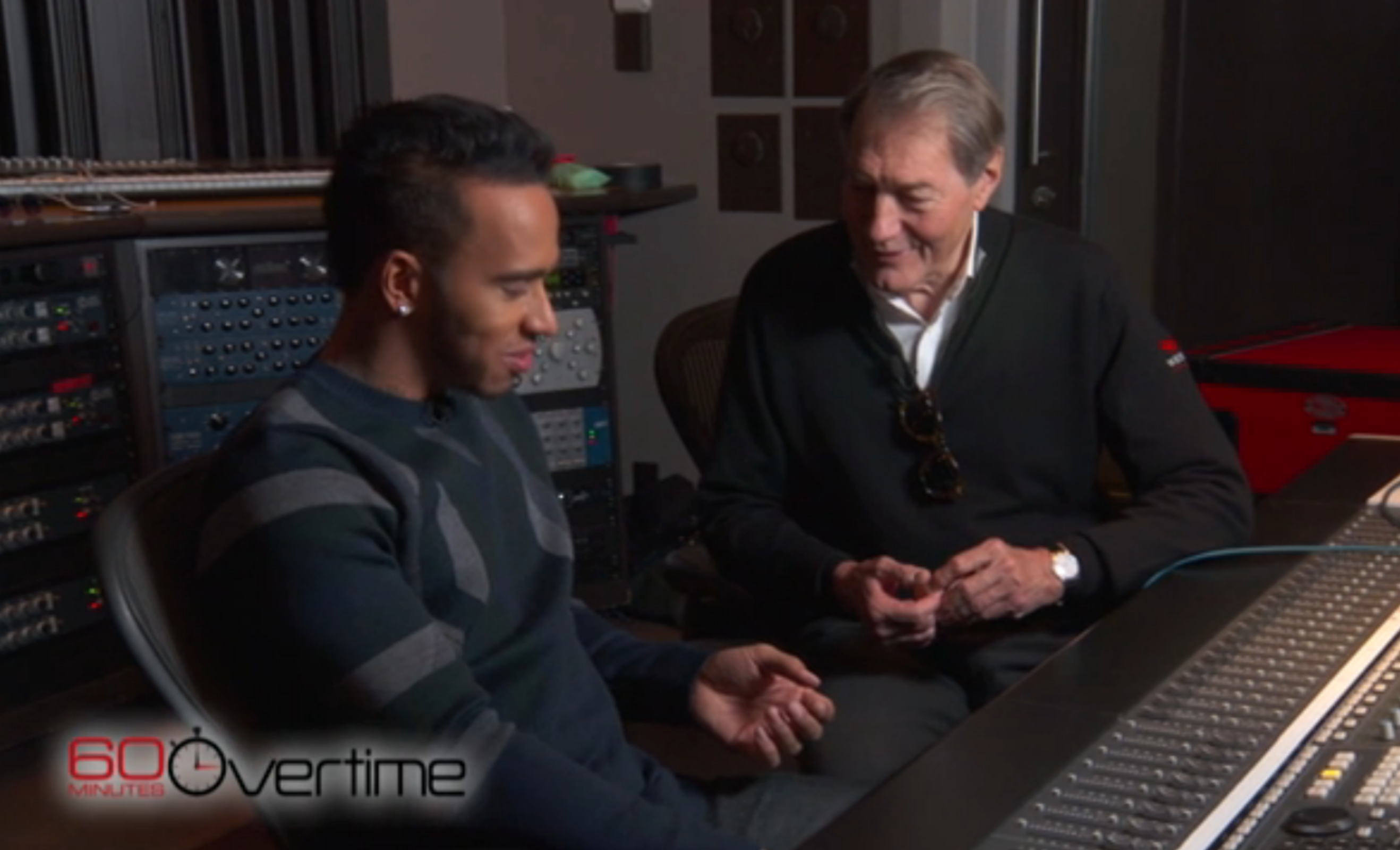 Lewis Hamilton was on 60 Minutes last night and he talked about something other than winning the F1 Driver’s Championship. Lewis now makes music. This is what you do when you win too many times. Jacque Villeneuve did it. Well Those are the only two I can think of. The rest buy awesome houses, go on amazing vacations and run around with super models. Some like Eddie Irvine bought yachts and through amazing parties. Lewis Hamilton makes music.

But that’s what happen when your new friends are some of the top players in Hollywood and the music scene. The good news is that Lewis Hamilton is not that bad. Or at least it doesn’t sound that bad on the interview. I mean it could be really bad. Remember the Superbowl shuffle or anything Michael Knight sang? Yeah, this isn’t that bad. And who cares anyway, I’m a Nico fan but Lewis Hamilton is a stud and can do whatever he wants, even make music.

Unfortunately I can’t get the video to embed so you need to click here to see the interview.

For those who don’t know Lewis Hamilton, here is his bio from Wikipedia:

“Lewis Carl Davidson Hamilton, MBE (born 7 January 1985) is a British Formula One racing driver from England, currently racing for the Mercedes AMG Petronas team. He is the 2008, 2014 and 2015 Formula One World Champion.

In December 1995, at the age of ten, he approached McLaren team principal Ron Dennis at the Autosport Awards ceremony and told him, “I want to race for you one day … I want to race for McLaren.” Less than three years later McLaren and Mercedes-Benz signed him to their Young Driver Support Programme. After winning the British Formula Renault, Formula Three Euroseries, and GP2 championships on his way up the racing career ladder, he drove for McLaren in 2007, making his Formula One debut 12 years after his initial encounter with Dennis. Hamilton’s contract for the McLaren driver development program made him the youngest ever driver to secure a contract which later resulted in a Formula Onedrive.

Coming from a mixed background, with a black father and white mother, Hamilton is often labelled “the first black driver in Formula One”, although Willy T. Ribbs tested a Formula One car in 1986.

In his first season in Formula One, Hamilton set numerous records while finishing second in the 2007 Formula One Championship, just one point behind Kimi Räikkönen. He won the World Championship the following season in dramatic fashion, becoming the then-youngest Formula One world champion in history before Sebastian Vettel broke the record two years later. Following his second world title in 2014, he was named BBC Sports Personality of the Year. In 2015, he became the first British driver in history to win consecutive F1 titles, and the second Brit to win three titles after Jackie Stewart. He also became the first English driver to reach that milestone. He is the only driver on the current grid to have won at least one race in each season he has competed to date, with McLaren from 2007 until 2012, and with Mercedes since 2013. He has more race victories than any other British driver in the history of Formula One and is currently third on the all-time wins list, with 43 wins.”