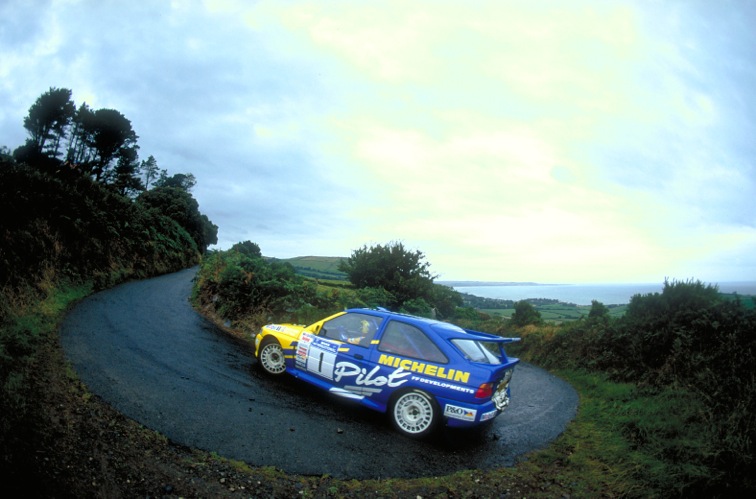 To celebrate the 20th anniversary of the Michelin Pilot Escort RS Cosworth winning the MSA British Rally Championship, one of British rallying’s most instantly recognisable cars will make a very rare appearance on the Michelin consumer stand at the Goodwood Festival of Speed (June 26-29). 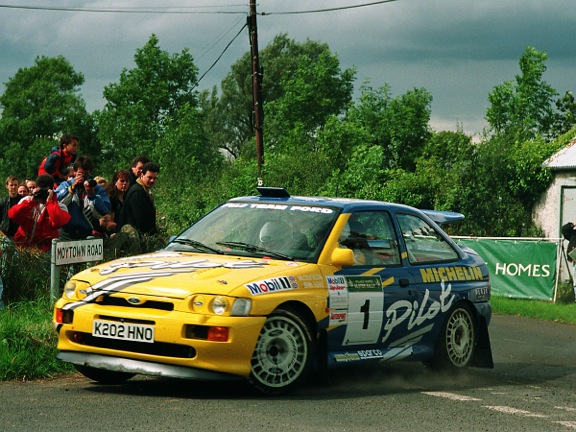 Having been built by Malcolm Wilson Motorsport in 1992, the car contested the following year’s British Rally Championship. With Wilson driving and Bryan Thomas on the pace notes, the car won the 1993 Ulster International Rally and finished 3rd overall on the RAC Rally.

The car’s golden year was in 1994, when it won the Pirelli, Scottish, Ulster and Manx International rallies, to claim the BRC title.

The car sat in storage for five years, before it was completely restored to its original and immaculate Michelin Pilot Escort RS Cosworth condition in 2002. Since then it has only made very rare public appearances, mainly local to George’s Five Mile Garage in Aberdeen – until now. 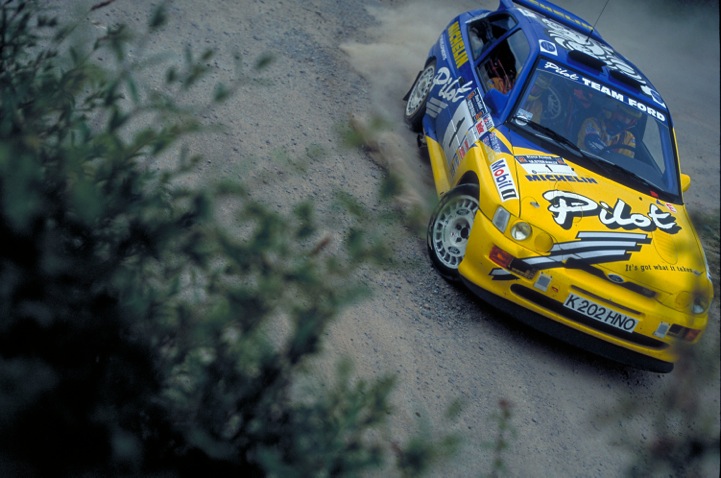 George Gauld said: “It depressed me seeing the car dismantled and in boxes, so in 2002 we had it completely rebuilt and restored to its original as new condition. It hasn’t been driven in anger since and only really seen at local cars shows, where it always attracts a lot of attention. It’s an iconic British rally car and people have very fond memories of watching Malcolm Wilson win the British Rally Championship title in it.”

Malcolm Wilson OBE said: “I had two fantastic years driving the Michelin Pilot Escort RS Cosworth and enjoyed wonderful support from Michelin. I had been trying to win the British Rally Championship for a long time, but the 1994 season started with a fuel pump problem and retirement on the opening round in Wales. That meant we had to win all the remaining rounds to win the title. The pressure was on, especially as the competition included our team-mate Stephen Finlay. He was driving an identical Michelin Pilot Escort in the British and Irish Rally Championships, and had won in Wales. It all came down to the final round on the Isle of Man, which we won to take the title. In 1993 I also finished third on the RAC Rally in the car, which was my best World Rally Championship rally result as a driver – so I have very fond memories of the Michelin Pilot car.

“It’s hard to believe that all that was twenty years ago, because I still get asked to sign models and memorabilia of it today. At the recent Rally Argentina, a fan came up to me with a Michelin Pilot Escort RS Cosworth Airfix model, unused and still in its original box, asking to swap it for some current M-Sport World Rally Team clothing. And yes, we did the swap!”

Pete Shaw, Motorsport Manager for Michelin in the UK and Ireland, said: “We’re absolutely thrilled to have such an iconic vehicle on our stand at Goodwood, and we know it’s going to be a really big draw.

“Michelin has a long and proud history of success in motorsport, and the Michelin Pilot Escort RS Cosworth symbolises that really well.”