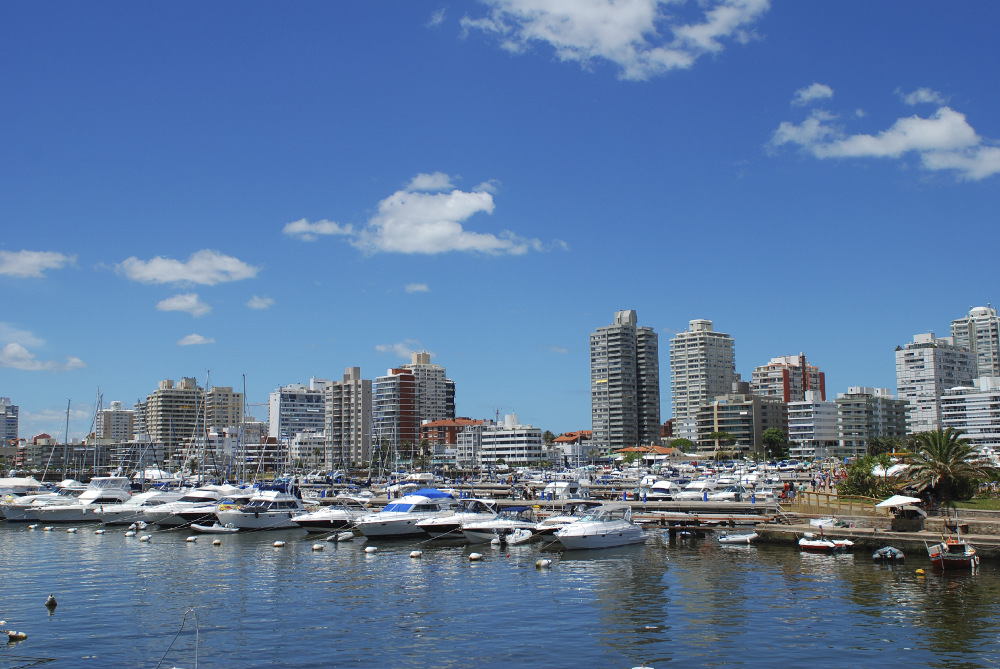 The FIA Formula E Championship has today revealed the location and circuit layout for the Punta del Este ePrix – the host for round three of the new global electric race series on December 13 2014.

Taking place in six months from now, the Formula E series has been warmly welcomed by the city authorities including the Mayor of Punta del Este Martin Laventure, Jorge Tomassi, President of the Automobile Club of Uruguay and event organiser Fernando Cáceres. 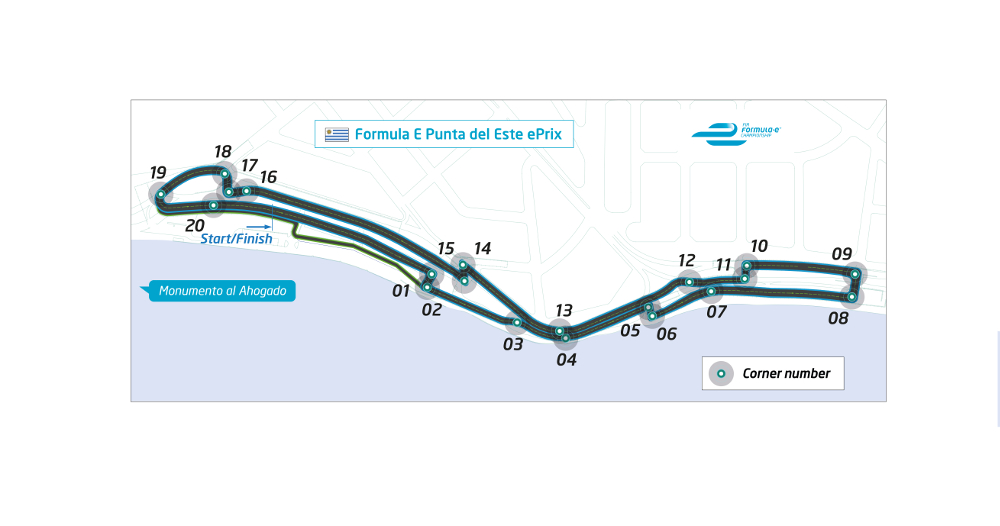 At 1.1mile (2.8km) in length and featuring 20 turns, the street circuit is located along Punta del Este’s picturesque harbour – nicknamed the Monte-Carlo of South America – just south of Maldonado and is based on the track previously used for the TC2000 touring car events. Set on a beautiful beach backdrop, the tight, twisty layout uses a mix on medium straights and sharp turns, providing a challenge for the Formula E teams and drivers.

Formula E is a new FIA championship and the world’s first fully-electric racing series. Beginning in Beijing on September 13 2014, the series will race on 10 city-centre circuits around the globe with the Punta del Este ePrix one of two in South America alongside Buenos Aires (Round 4, January 10, 2015). Ten teams, each with two drivers, will compete to create a unique and exciting championship designed to appeal to a new generation of fans, whilst accelerating the electric vehicle market and promoting sustainability. To date, eight of the 20 drivers have been conformed with Daniel Abt and Lucas di Grassi driving for Audi Sport Abt, Sam Bird and Jaime Alguersuari at Virgin Racing, Bruno Senna and Karun Chandhok at Mahindra Racing, Franck Montagny at Andretti Autosport and Jarno Trulli at new team TrulliGP.

Alejandro Agag, CEO of Formula E, said: “From the very outset, the Punta del Este authorities have been incredibly supportive of the FIA Formula E Championship and my thanks go to Mayor Martin Laventure and ACU President Jorge Tomassi for allowing us to race in their beautiful city. Punta del Este has shown a real commitment to sustainability and we hope by becoming a host Formula E city this will continue to showcase the benefits of electric vehicles.”

Juan Manuel Lopez, the first South American driver to test the Formula E car, said: “It’s a very nice location, next to the sea and the beach. I think the best overtaking places would be in the first chicane after the start/finish straight and in Turn 5 under braking. There are many places where the track is not that wide too, so it’s going to be a place where you really need to keep your concentration. The surface of the roads is very different in places, meaning there is more grip in certain parts of the track, but the Formula E cars are well prepared for that kind of transition. They run very high off the ground and with a bit of work on the set-up it will be ok.”

Organisers have now revealed four of the 10 Formula E tracks with the roads surrounding Beijing’s Olympic ‘Bird’s Nest’ Stadium forming the season opener, followed by a race though the centre of Putrajaya in Malaysia for round two. As well as Punta del Este (Round 3), the venue for round seven has also been released which will take place in Long Beach, Southern California, using a modified version of the city’s historic street circuit.