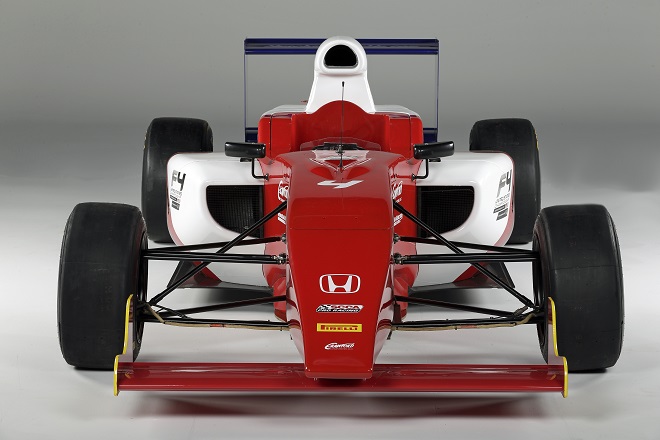 There’s also been a huge gap in driver development in the United States. It’s easy to get going as kid in the karting world, but then what? Jump to sports cars? Go for Pirelli World Challenge or Tudor? Entering Pro Mazda is probably the most likely choice if you want to stay in open wheel, but it doesn’t really translate into the next rung on the ladder. Really there is no ladder and there aren’t many US open wheel drivers that can take their experience move to Europe to continue their career in open wheel racing.

That’s all changing in 2016 with the adoption of Formula 4 by the Sports Car Club of America(SCCA). Now they at least have a comparable formula so their experience racing in the US directly translates to racing in Europe. SCCA Pro Racing has announced they will organize and sanction a five-venue, 15-race professional series starting in 2016. 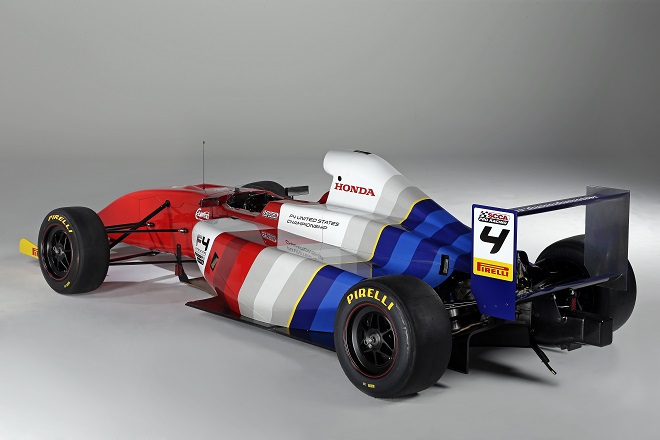 SCCA Pro Racing is teaming up with chassis manufacturer Crawford Composites, engine supplier Honda Performance Development, and Pirelli Tire North America to develop the series which will be based around a spec chassis, engine, tire, and engine package. The new Formula 4 car will will be homologated in compliance of the Federation International de l’Automobile Formula 4 specification.

“Along with the FIA, SCCA Pro Racing sees the cost of racing equipment and operations as significant limiting factors in open-wheel racing participation,” said Robert Clarke, President of SCCA Pro Racing. “The model for F4, based on a simple, yet contemporary vehicle, with strict price controls, is designed to entice new young drivers from karting into cars. We are excited about bringing this opportunity to the United States and the aspiring young racer.”

The F4 already exists in Australia, China, Germany, Italy, Japan, Northern Europe and the United Kingdom. Mexico, Southeast Asia and Spain are expected to add championships in the near future. 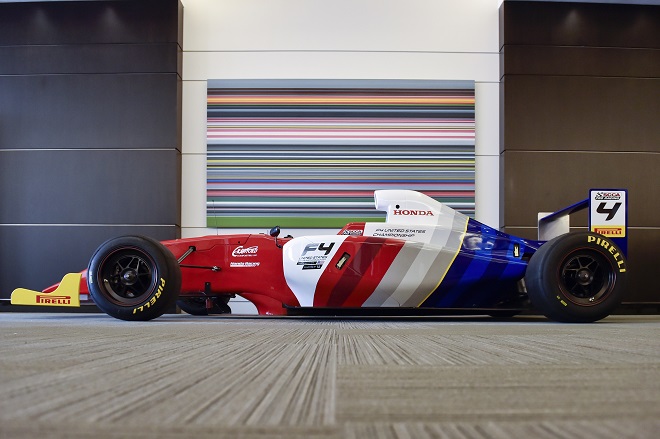 “Given the global reach of Formula 4, it is both natural and essential that the category arrives in the United States,” said Stefano Domenicali, president of the FIA Single Seater Commission. “By introducing Formula 4, the hope is that more Americans get experience that proves valuable as they look to develop their careers. On behalf of the FIA, I must thank everybody at ACCUS, SCCA Pro Racing, and their partners for bringing FIA Formula 4 to the United States.”

The plan is to keep running costs low. The FIA has a price cap of $45,000 for the chassis, including paddle shifters, data acquisition and camera. The new car will American built by Crawford using carbon composite chassis and Honda K20 C1 2.0-liter engine, which produces the FIA-mandated 160 PS (158hp). The Honda engine will carry a one-year lease price of $6,600. Tires are supposed to be $250 apiece, with a maximum allotment of six tires (three front, three rear) per race weekend.

Formula 4 is intended as the “first step out of karting” for young racers and a full season of F4 United States Championship competition anticipated to cost approximately $115,000 in 2016. That’s still a ton of cash but far less than many other options in the US. Maybe one day we’ll see another American Formula One Champion and maybe he or she will come from Formula 4.