This year’s Black River Stages looks pretty awesome. There are 33 cars signed up to race ranging from VW’s to BMW’s to of course Subaru’s but there’s also a bunch of Mitsubishi’s entered. There’s even a Merkur and an old school Ford Escort!!! The best part of Black River Stages are the jumps. There are so many. In some places there’s one after another after another! And some of them happen at night which is pretty awesome. This Eric Wages and Sarah Montplaisir take flight on Goose Pond last year. Eric is unfortunately out of town this weekend and missing the rally but man they looked good last year!

I didn’t have time to put every driver in here. So this is just a sampling of some of the teams and cars you’ll see compete this weekend. Please see this link for the full entry list.

Matt Brandenburg is returning with his VAC powered M3 but also a SRT 4 powered Dodge Neon for Ian Kessler and Amanda Skelly. 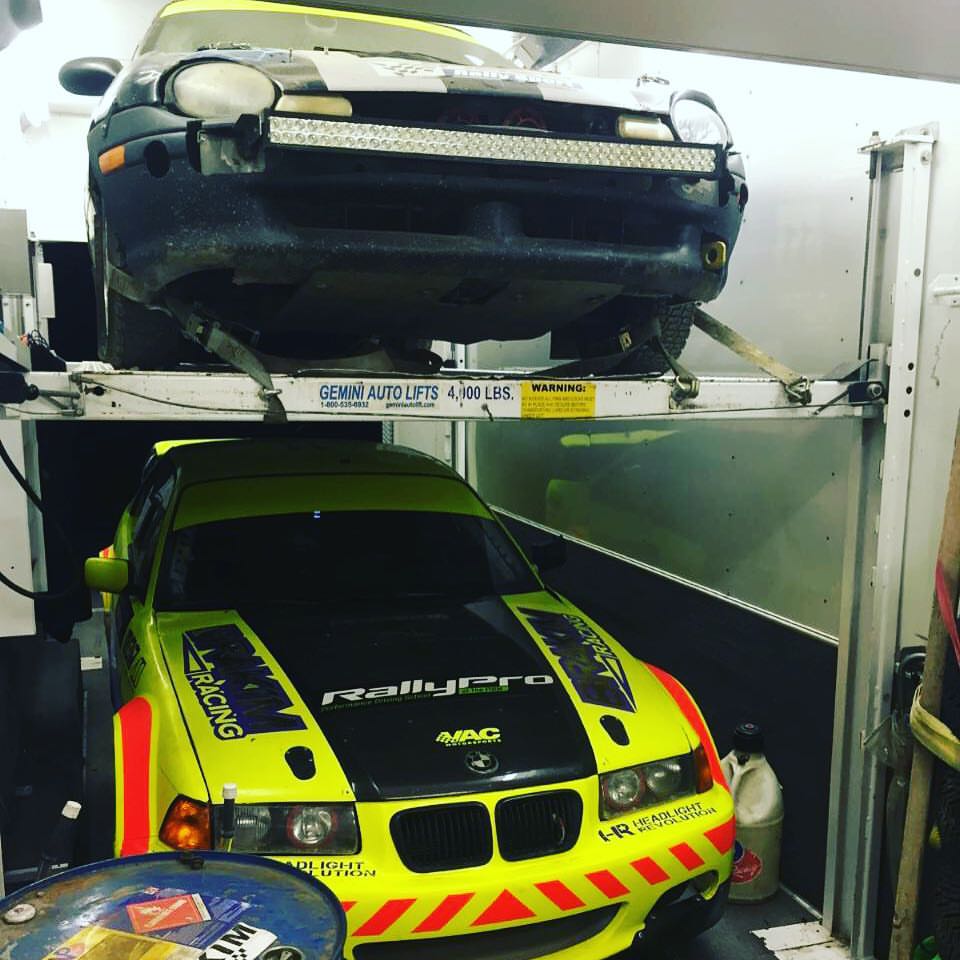 Matt should have some pretty good competition from Lajos Joans and Villa Cseh in their E36 M3.

Steve and Sarah Jackson are entered in their 318is 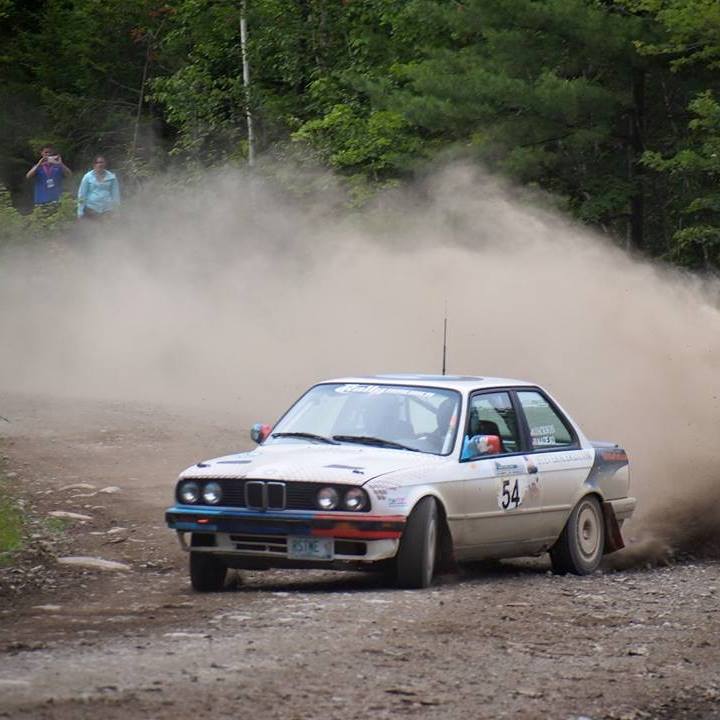 Scott Beliveau and Michael Beliveau are also pretty fast in their VW Golf.

Michael Hooper and Claudia Pullen are also running a BMW 325is. I love the RWD BMWs and think its cool that so many are showing up to rallies.

My favorite entry has to be this Ford Escort entered by Michael Gillespie & Brian Kirby. 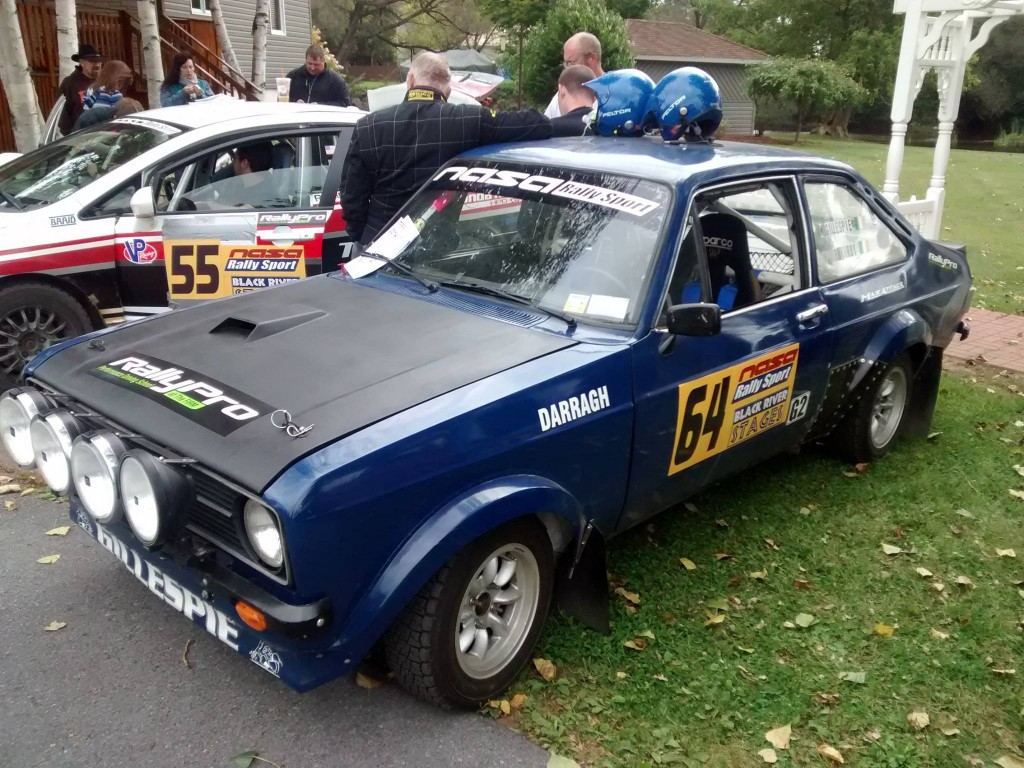 I think the real action this weekend will be in 2WD but the AWD machines should be pretty fast and fun to watch as well.

Simon And Kieran Wright are competing in their USUK Subaru. Its a naturally aspirated model but these guys are awesome and super fun. Make sure to say hi if you catch them at Parc Expose or between stages.

Brenden Belge and Matthew Norton are entered in their Mitsubishi Evo 8.

The Irish usually turn out with some pretty sweet cars and Paddy Brennan and David Dooley will be there in Mitsubishi Evo IX. 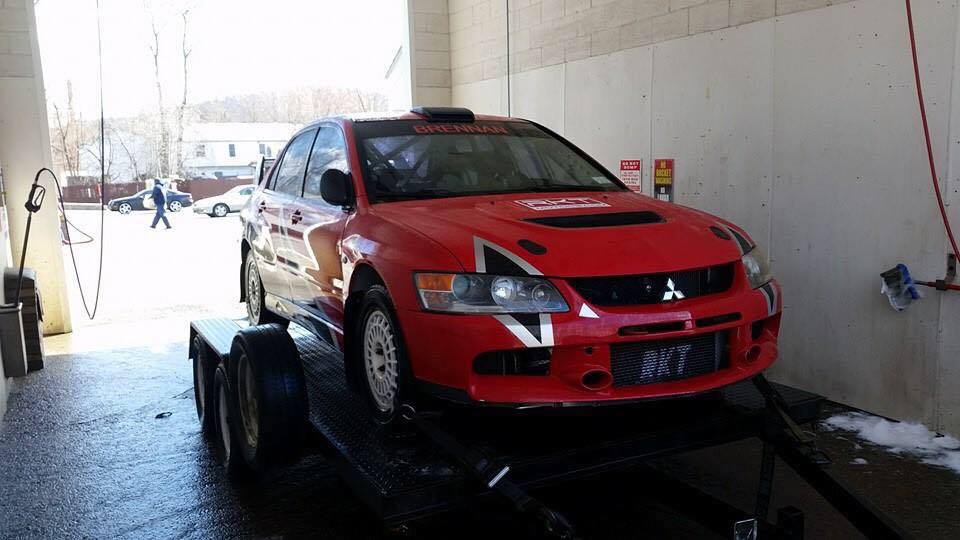 Gary Donoghue and Andrew Brown are running their Evo as well:

Michael O’leary and Marcel Caiscai are competing in a Lancer Evo X. Say hi to Marcel for me if you see him. I can’t find a picture of his car. If someone has one, point me in the right direction! 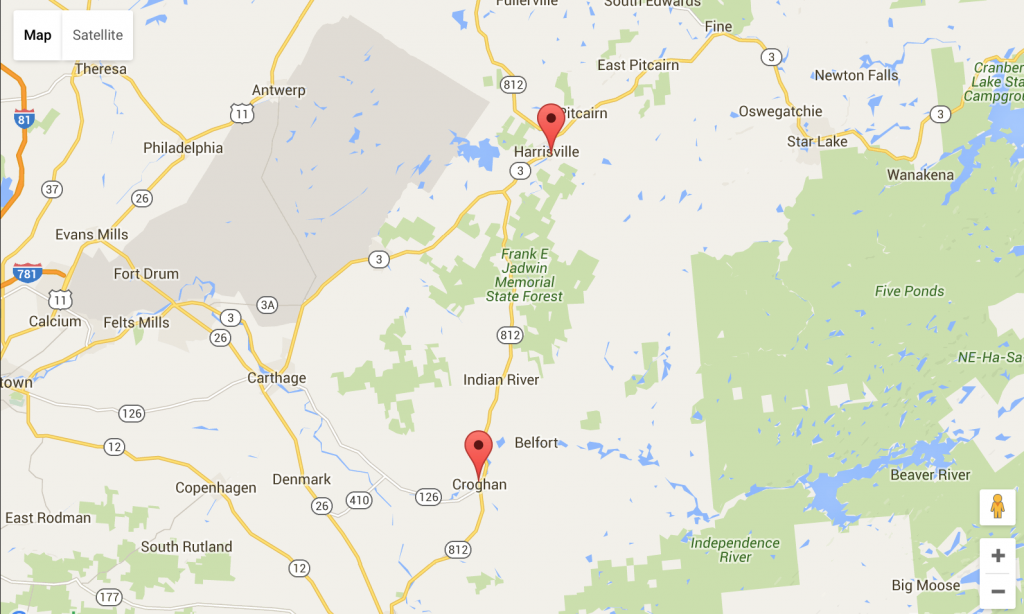 Here are close ups of the two area’s. Again all this is on the Black River Stages website but I reposted it here for anyone that’s going or wants it all in one place. 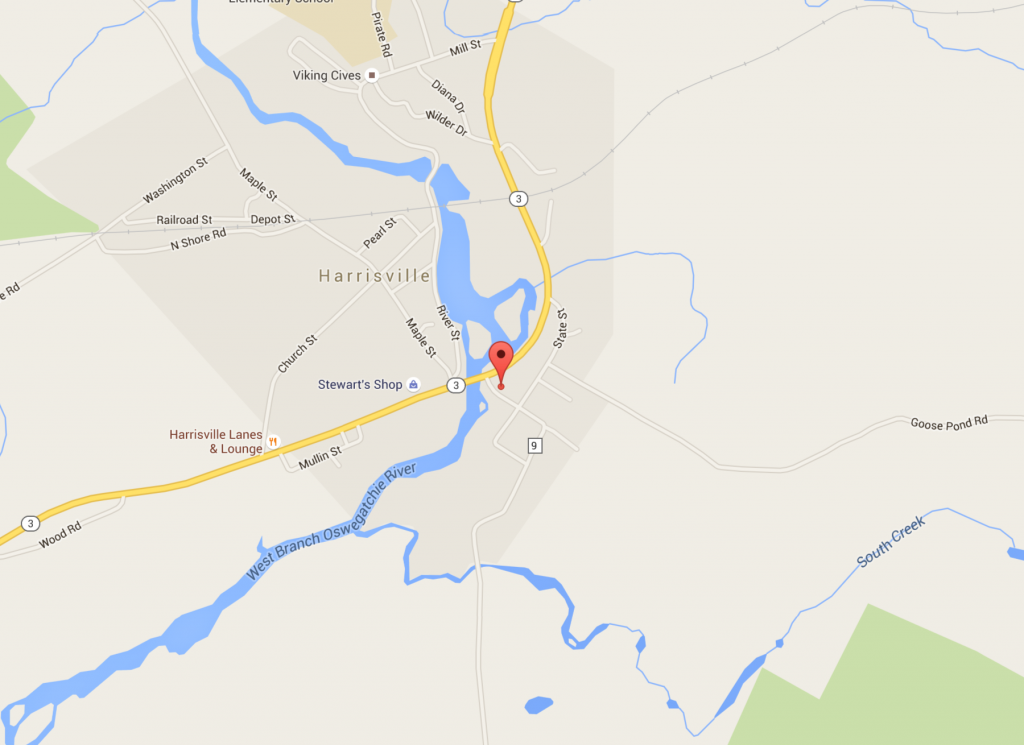 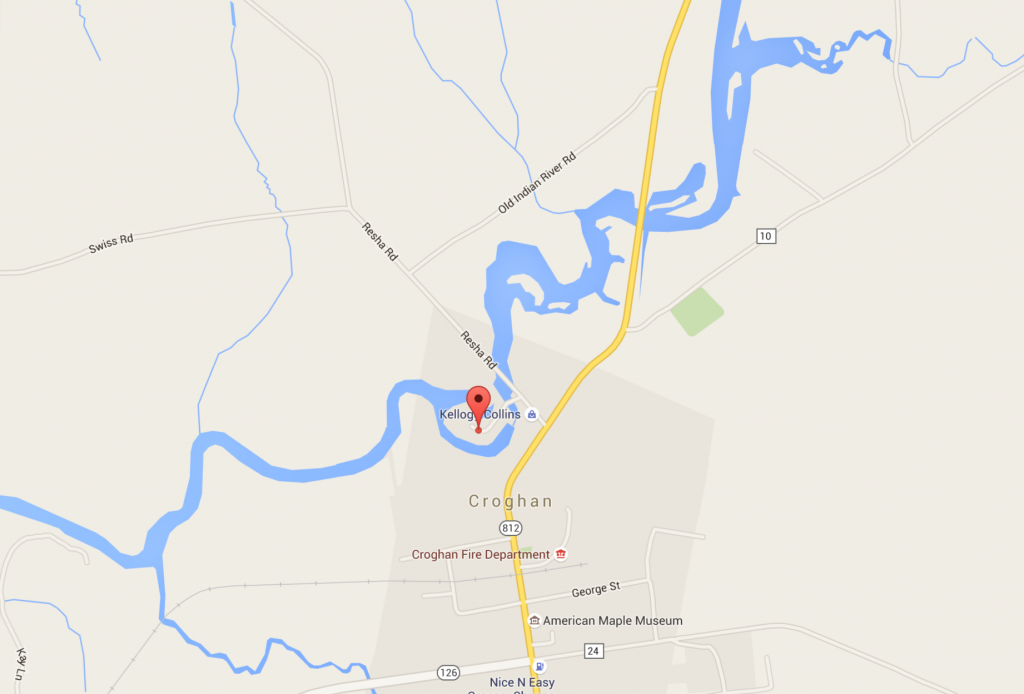 The other cool thing about NASA Rally Sport is that motorcycles are allowed to race! This is an HP2 entered by Philip Brown. 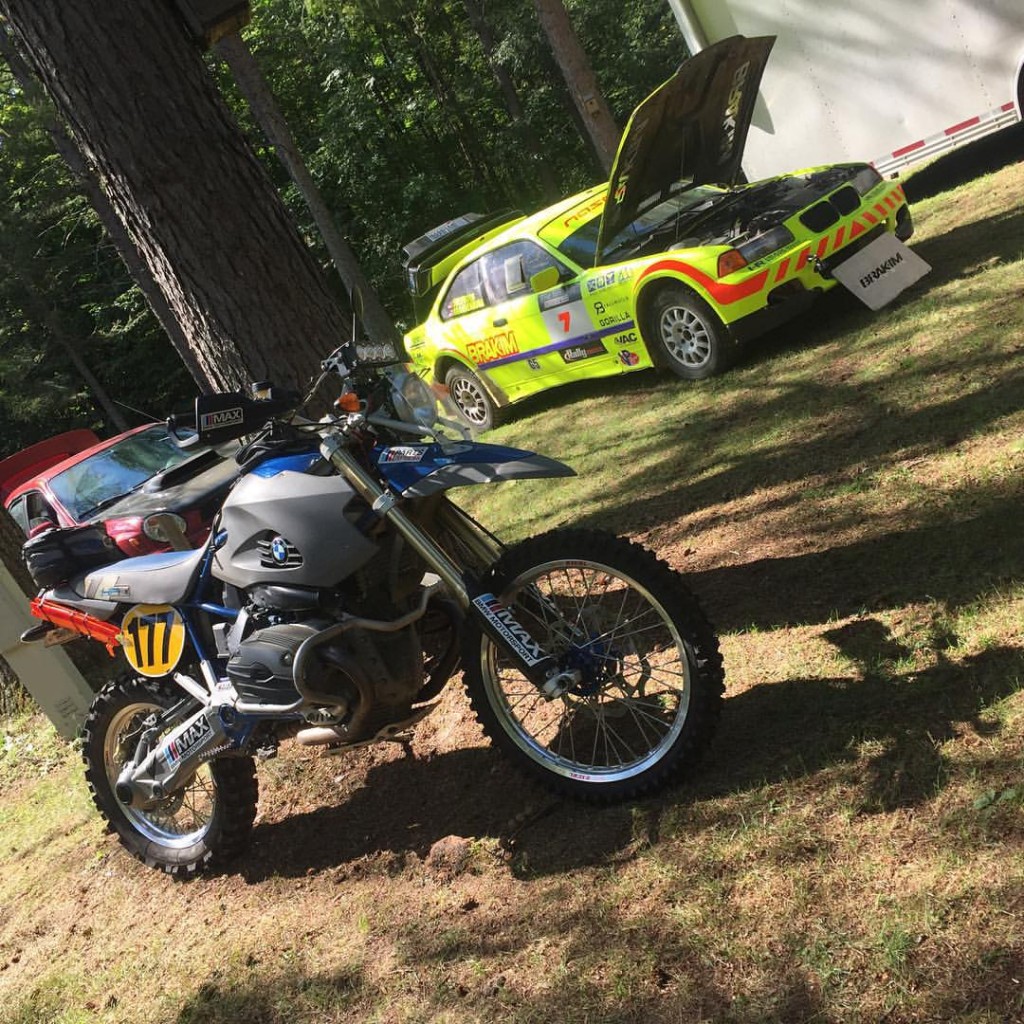 There are 7 other bikes entered and they are awesome to watch on stage.

As always, Rallies need volunteers. If you want to know more about rally or simply want to get closer to the action its a great way to be a part of the rally. And you only have to work one day if two is too much commitment for you. You can sign up here.

The rally should be pretty interesting with the wide variety of competitors. You can follow live timing here.
Photos from Driver’s Facebook pages.