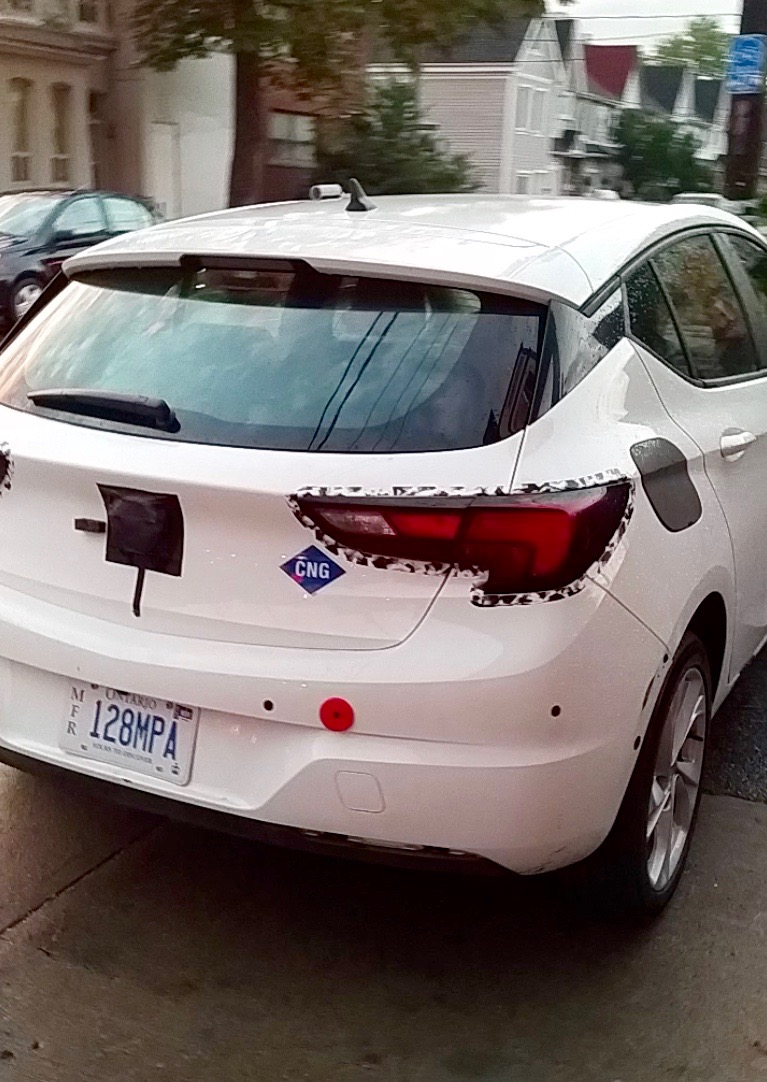 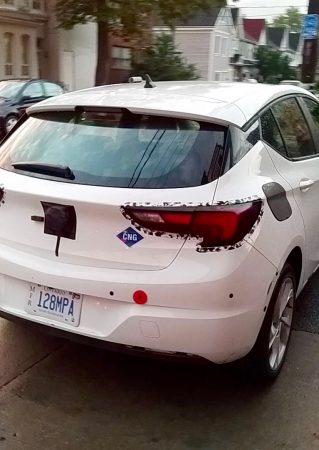 When walking through Toronto, a person generally does not expect to see a CNG-powered, Opel Astra prototype. Yet, the car captured in these photos and videos seems to be exactly that. The CNG sticker on the rear bumper is a dead giveaway for the fuel, and the fact that it was de-badged and full of testing equipment was rather telling. But it’s a dead ringer for the Opel Astra. 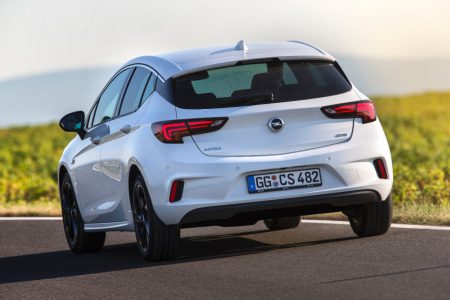 But GM doesn’t sell a compressed-natural gas Astra. There are companies that do conversions on Cruzes in the United States, and GM will sell you a brand new Impala that runs on CNG and gasoline right out of the box, but not an Astra.

In Europe Opel sells the Combo van with a CNG engine, but that is just a rebadged Fiat with a Fiat motor. Opel has its own 1.6 litre, turbo CNG engine that is used in the Zafira minivan. Now the Zafira, Astra, and Cruze all share the same basic platform. So in theory, this engine should fit all three cars.

The CNG-powered Honda Civic from 2015 made about 110 HP. This turbo GM engine makes 150HP and 150 lbs/feet of torque when running on CNG. It is capable of hauling seven Germans down the Autobahn in the Zafira, so it should easily be able to take four adults down the interstate in a Cruze.

But it may not be going into a Cruze at all. Automakers do frequently test cars in North America that they have no intention of importing. When asked to comment on the possibility of a CNG Cruze in North America, GM Canada representative Masha Marinkovic said in an email “we cannot comment or speculate on future product. Our Canadian Technical Centre does research and development work but it’s not an indication of future products.”

With the low price of CNG, and its wide availability in cities thanks to its popularity with cab drivers, a CNG Cruze could be an excellent car in an untapped market. At the very least, it looks like Europe is getting a CNG powered Astra.

Apologies for the low quality of the video which was shot on a dying cell phone.