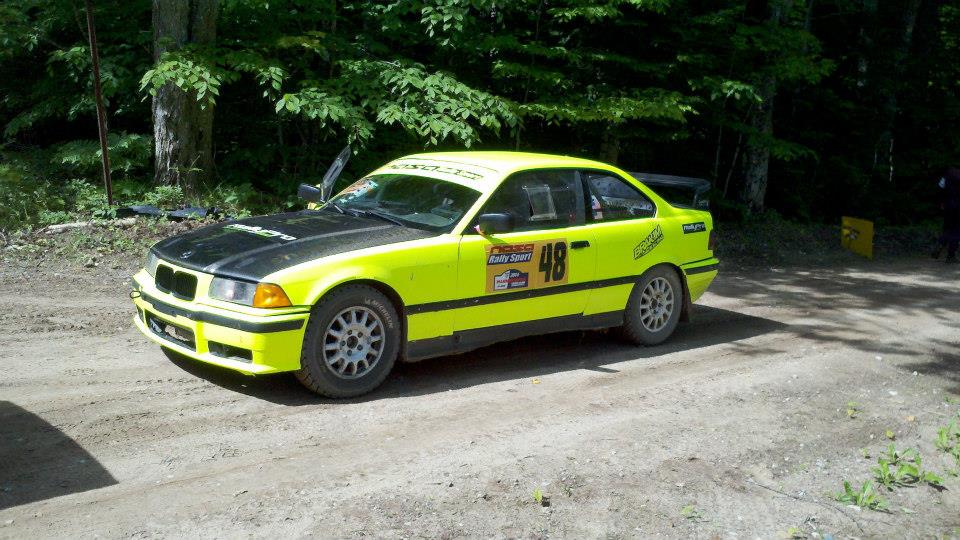 Stage one  was the first time Brandenburg had ever driven this car setup. Featuring a new 5 speed, reiger RCV (Rebound control valve), os giken 1.5 way LSD, and custom rear coilovers that are most commonly found in BAJA trucks that automatically adjust the rebound forcing the car into traction at all times. Brandenburg finished stage one in 3rd overall, only 20 seconds behind first, however those competitors in 1st and 2nd where in cars utilizing turbos and had quite a bit more power.

Stage two was not kind to the team as a differential mount suddenly failed only 2 miles into the stage. With the determination to win the team carried on for the remaining 5 miles of the stage, unable to hear themselves as the noise from the broken mount was very loud.

Following Stage two, the team attempted to transit to the third stage when at the 1 mile mark the final bolts holding the differential in place sheered off, resulting in the differential only being supported by the drive-shaft.

In addition the mount, the BMW sustained sub-frame damage which in culmination with the differential falling out of the car, the team to forced to retire from the event.

Brandenburg plans to resolve the issues with the car and is set to compete in the New England Forest Rally July 18-19 in Newry, ME. Build Race Party will be on hand covering all of the action from our drivers and teams.