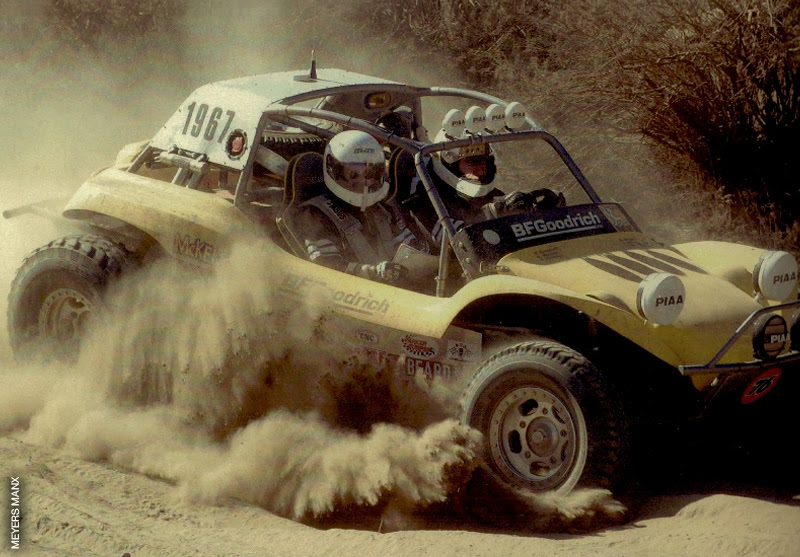 After months of preparation and with the support of an industry it helped create, Meyers Manx Inc. today proudly announced details of a new project to celebrate the car’s 50th anniversary next month. It is entering company founder Bruce Meyers in next month’s 2014 General Tire NORRA Mexican 1000 rally.

The iconic Meyers Manx dune buggy (“Old Red”) was invented by Meyers in a small garage on the Balboa Peninsula of Newport Beach, California and first driven in May of 1964. The spirited and ever-enthusiastic Meyers is now 88-years old.

Besides being an artist, boat builder and beach lover, Meyers was also instrumental in founding off-road racing by setting the first trans-Baja four-wheel record that was faster than the motorcycle times  in “Old Red” with Ted Mangels in June of 1967. That feat was the spark for the inaugural National Off Road Racing Association (NORRA) Mexican 1000 later that year — a race won by Vic Wilson and Mangels in a Meyers Manx buggy.

The project is entitled the “Destiny in Dust Tour” — and for good reason. Despite years of trying in the sport’s earliest days and then again in the first part of this century, Bruce Meyers has never finished an off-road race.  To aid in his quest, he will be joined by an experienced team of off-road racing veterans including Baja and Dakar Rally star Andy Grider, 2013 Baja 1000 class winner Rafael Navarro III and off-road historian and NORRA class winner Marty Fiolka.

In addition, a group of buggy enthusiasts from the official Meyers Manx Club will be joining the trip to cheer on their legendary friend and hero to “finish unfinished business,” as Meyers says.

Now celebrating its fifth anniversary, the General Tire NORRA Mexican 1000 is a four-day, 1,300-plus mile on-and-off-road rally featuring vintage cars and bikes. The rally offers overnight stops and a much more relaxed pace and atmosphere than grueling traditional desert races. Rally organizers strive to uphold their motto of hosting the “Happiest Race on Earth.”  It begins on Sunday, May 10th in Ensenada, Baja, Mexico and ends on the shores of San Jose del Cabo on Wednesday, May 14th. 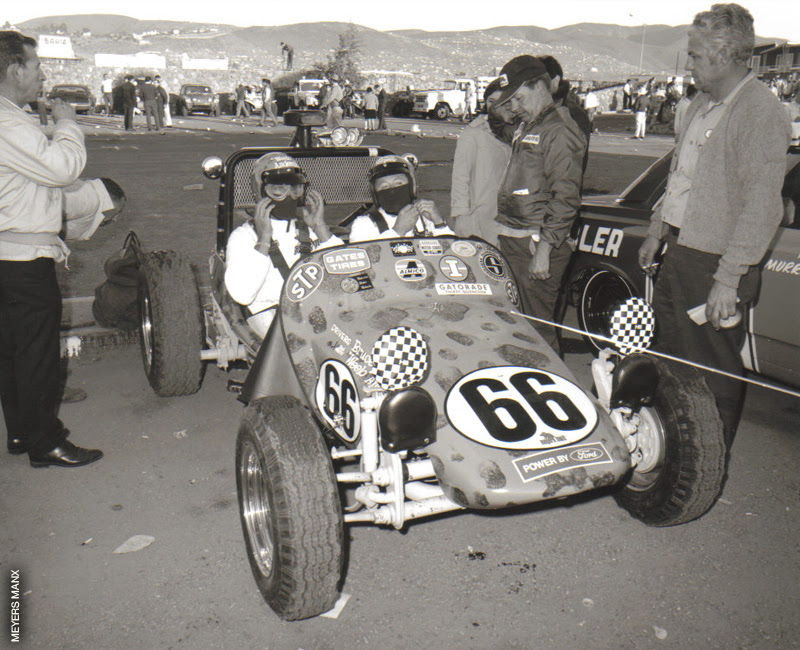 The racing effort is being managed and coordinated by The Rennsport Group of San Juan Capistrano, Calif., which is also completing a new film on the earliest days of Baja motorsports entitled “Baja Social Club.” In 2012 Meyers and Wilson took a nostalgic trip down the Baja with the Mexican 1000 as a backdrop for the film, a journey that inspired the idea of this year’s racing effort.

“Taking that trip as part of the film project got my wheels turning — literally,” shared Meyers. “This is a fitting end to my racing days and the perfect way to celebrate my love affair with Baja, not to mention Meyers Manx turning 50 years old.” 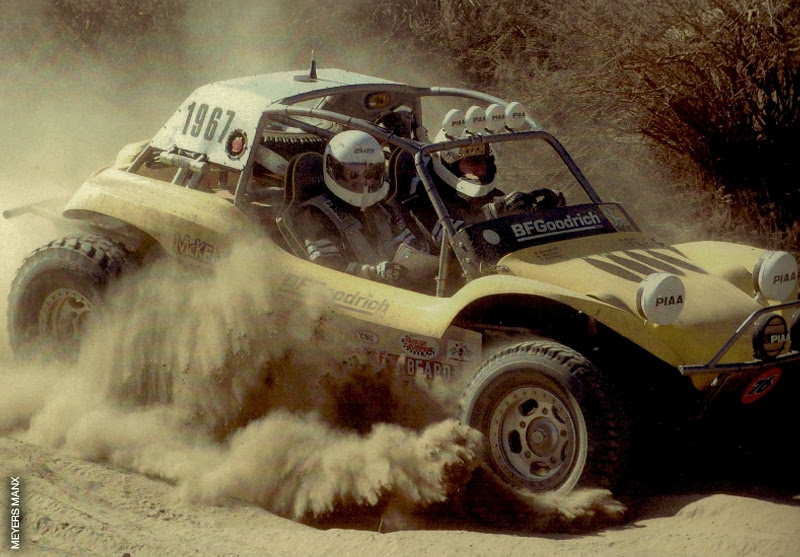 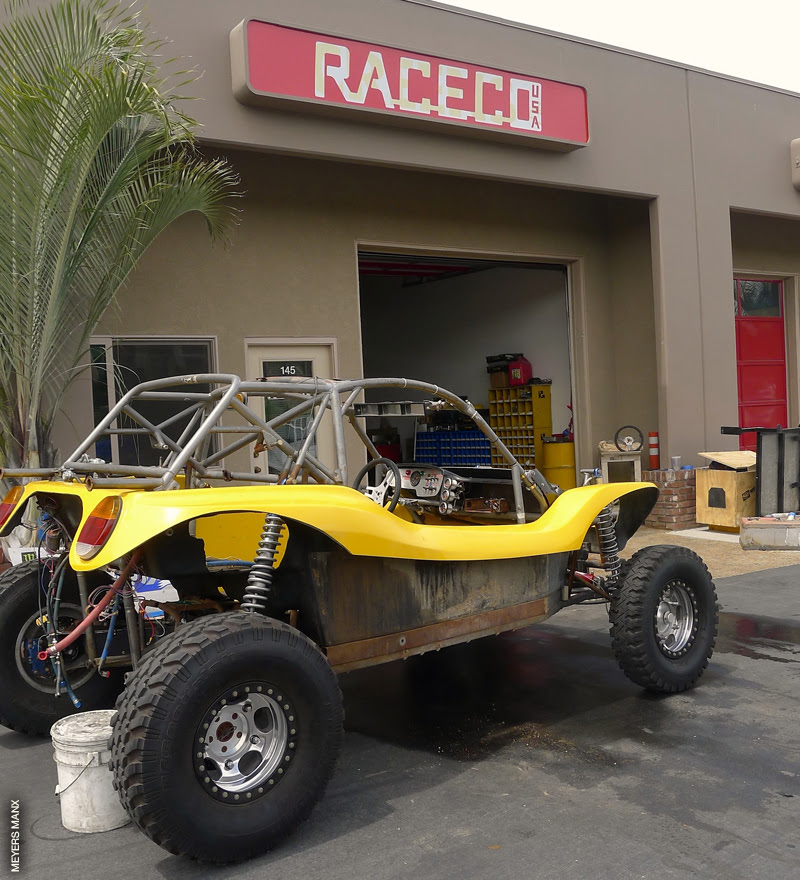 “The generosity of this entire industry and lifestyle can be truly be overwhelming, ” stated Rennsport Group founder and Baja Social Club Executive Producer Marty Fiolka. “We are still short on some support but it’s close. Everyone has been touched by Bruce Meyers and the Meyers Manx in some manner; they represent some of the deepest roots this sport has left in terms of history and significance. Besides, every person in the world wants to root for the underdog —  in this case an 88-year old legend trying to experience seeing his first checkered flag.”

Meyers Manx fans from around the world will be getting race car restoration updates throughout the next two weeks, while the progress of the #1964 Meyers Manx factory race car can be watched online via International Racing Consultants (IRC) satellite tracking. The racing team also includes Jim Chamberlain, the original mechanic who built Vic Wilson/Ted Mangels original 1967 NORRA Mexican 1000 winning Manx. 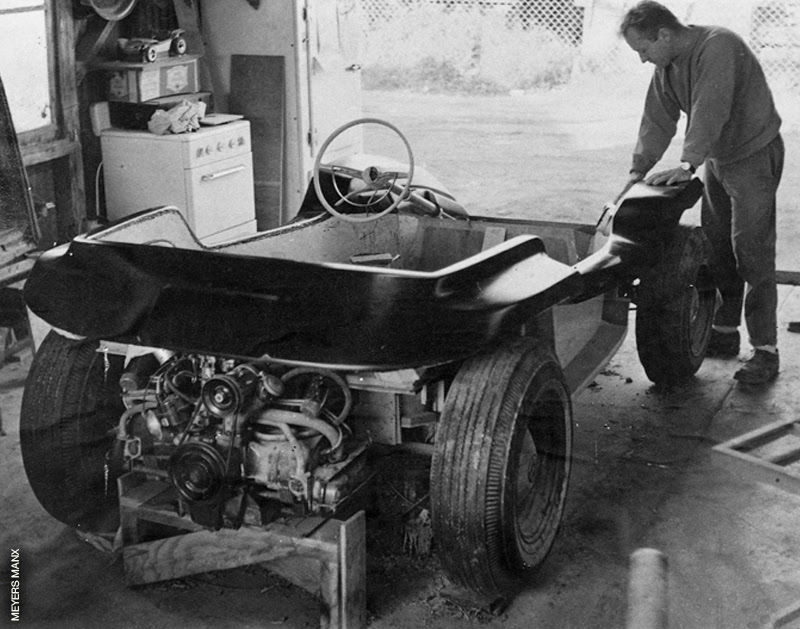