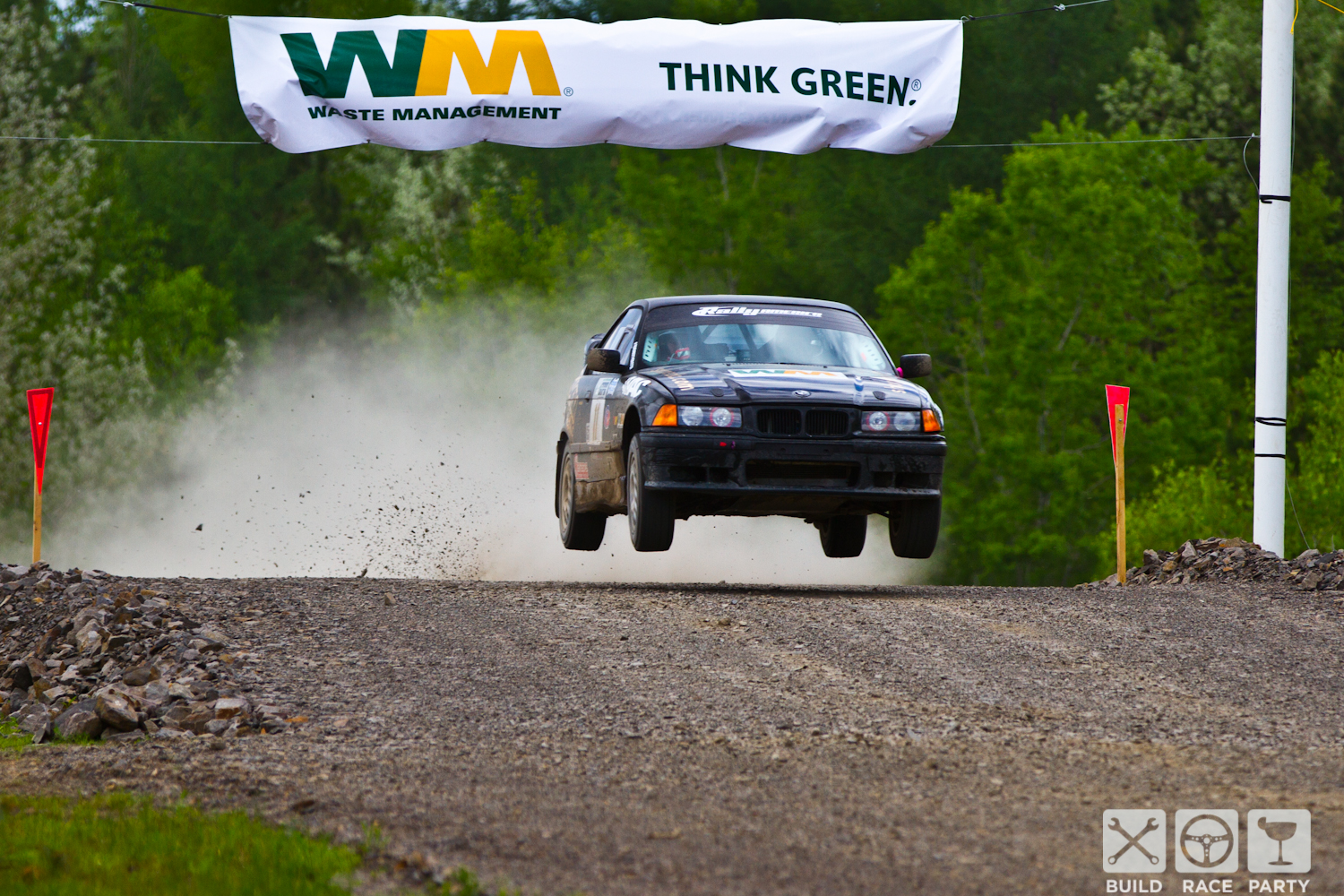 Build Race Party’s Matt Brandenburg was at the Susquehannock Trail Performance Rally(STPR) this past weekend in Wellsboro, PA.  When I found him on The Green at Parc Expose Friday morning he and his co-driver Elliott Sherwood were in high spirits and full of the energy that seems to always accompany the Brakim Racing team.  All that needed to be done before setting out for the first few stages of the rally was to set the rebound on M3’s struts. 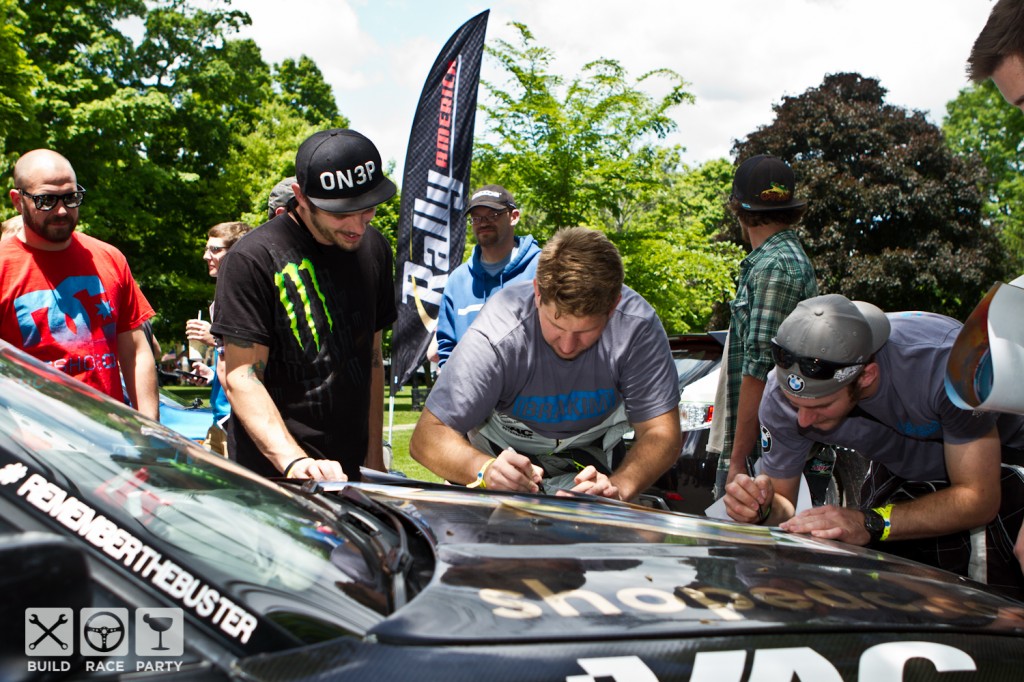 At the jump on SS1, the team’s BMW e36 M3 crested and lifted into the air.  Matt and Elliott hadn’t wanted to go all out, risking an extremely early end to their rally.  With relatively few stage miles Friday, most teams erred on the side of caution, keeping their cars in shape for the much more grueling second day of competition. 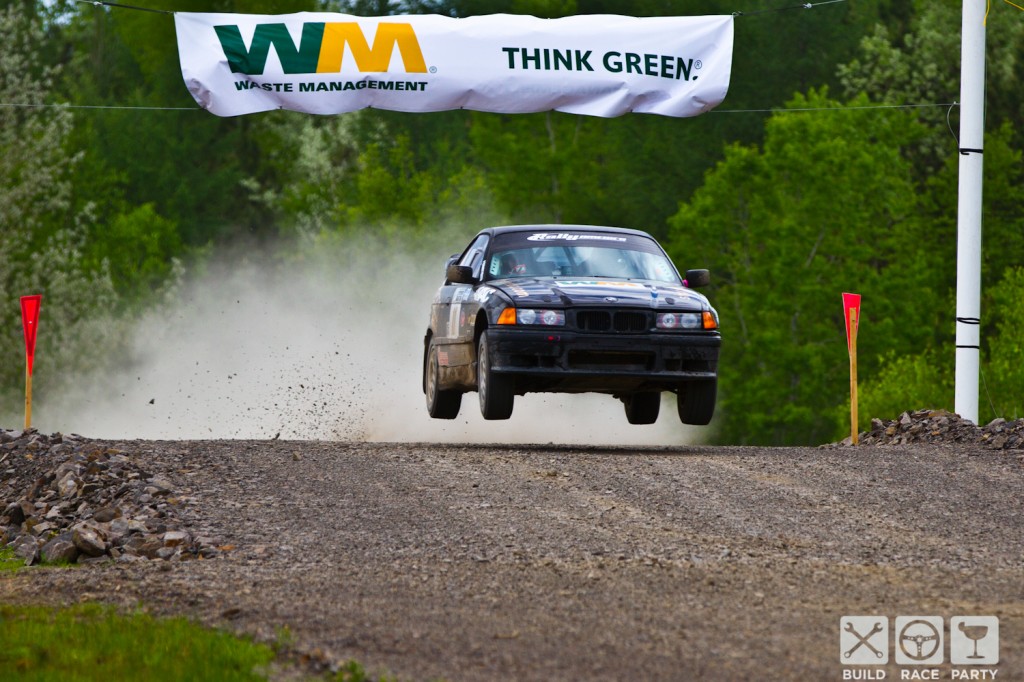 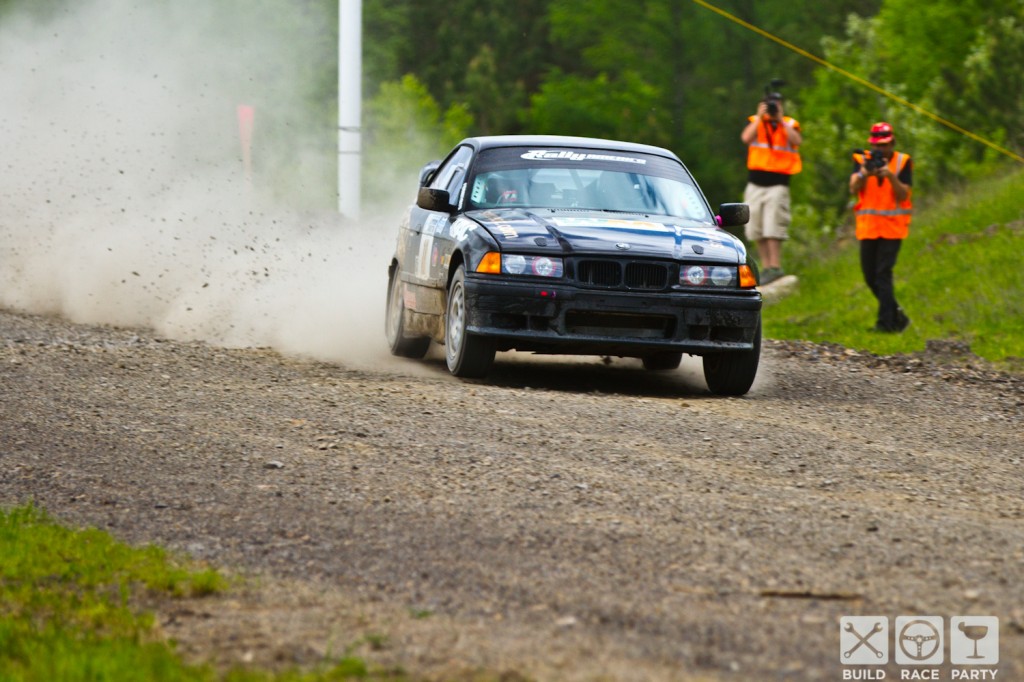 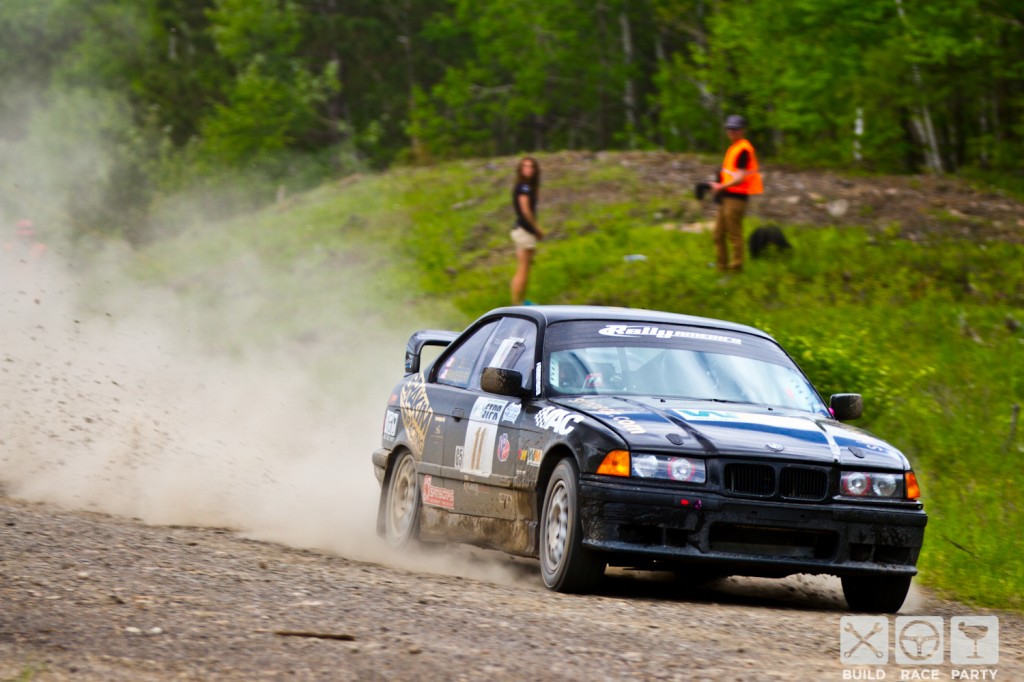 Finding the crew that evening at service, little needed to be done to the BMW apart from attaching their LED light pod.  Despite the increasing dust, they managed to run both Head to Head stages at the Tioga fairgrounds with little issue. 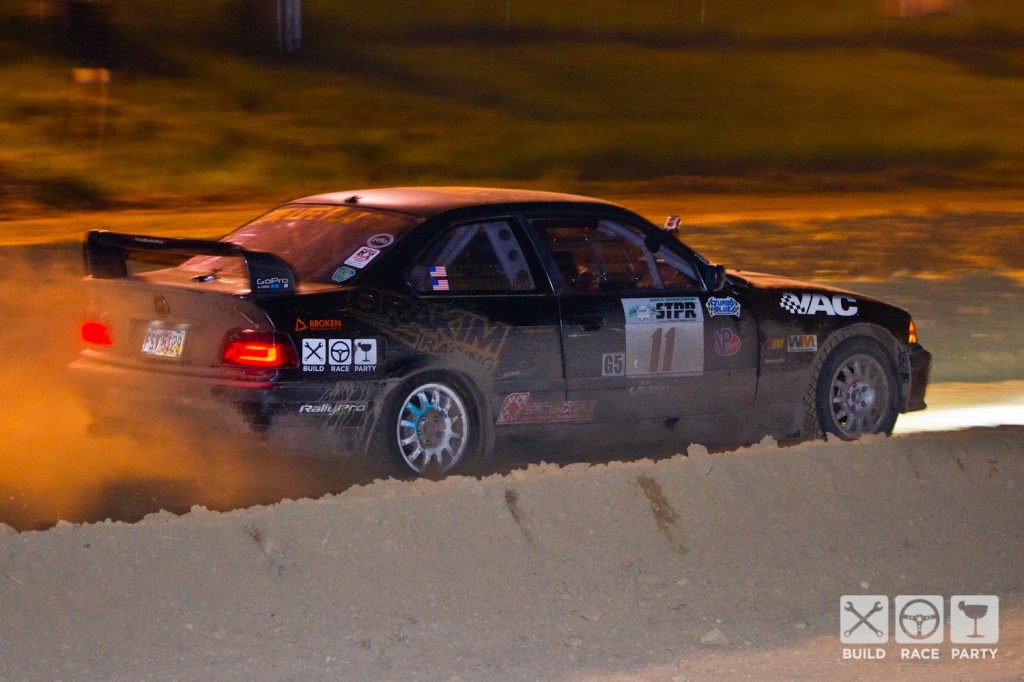 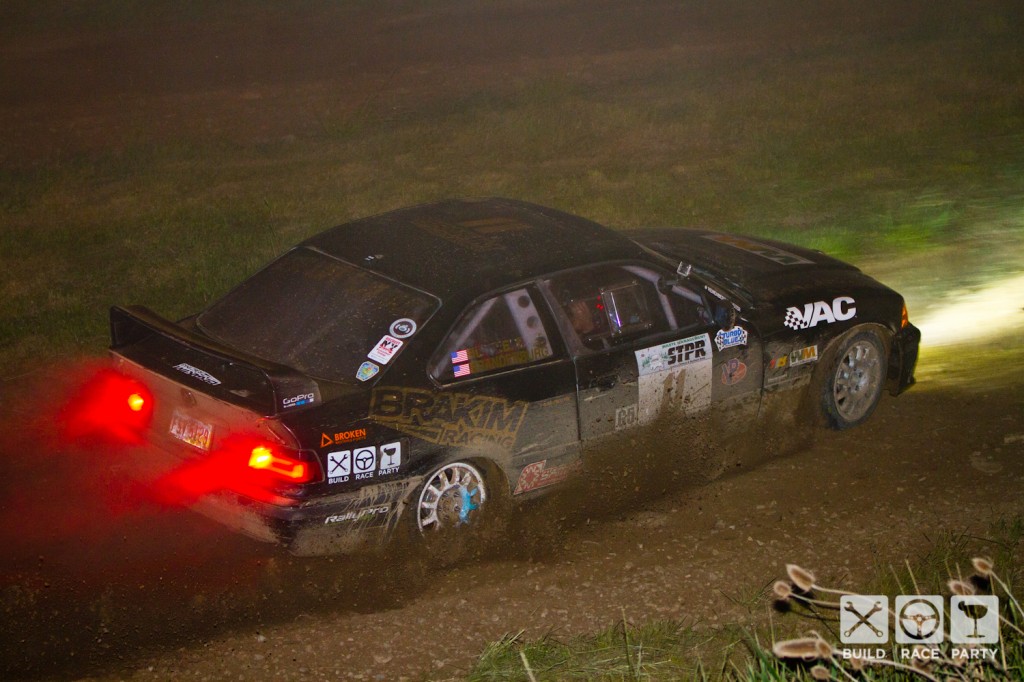 The next morning found the crew still lively and ready for the day.

The team was running smooth and quick through the technical stages of the morning and all was going well. All that changed on SS7.

1.2 miles into the stage the team began to feel what the thought were excessive amounts of rocks hitting the bottom of the skid plates.  Hoping for the best they continued to push on expecting it to either cause more damage or to fall off completely.  4 miles later, the crew realized something was seriously wrong with their suspension.  On a right 1 uphill the rear was clearly jumping up, and the car began to severely over-steer.  At one point the team came close to hitting a wall but managed to recover 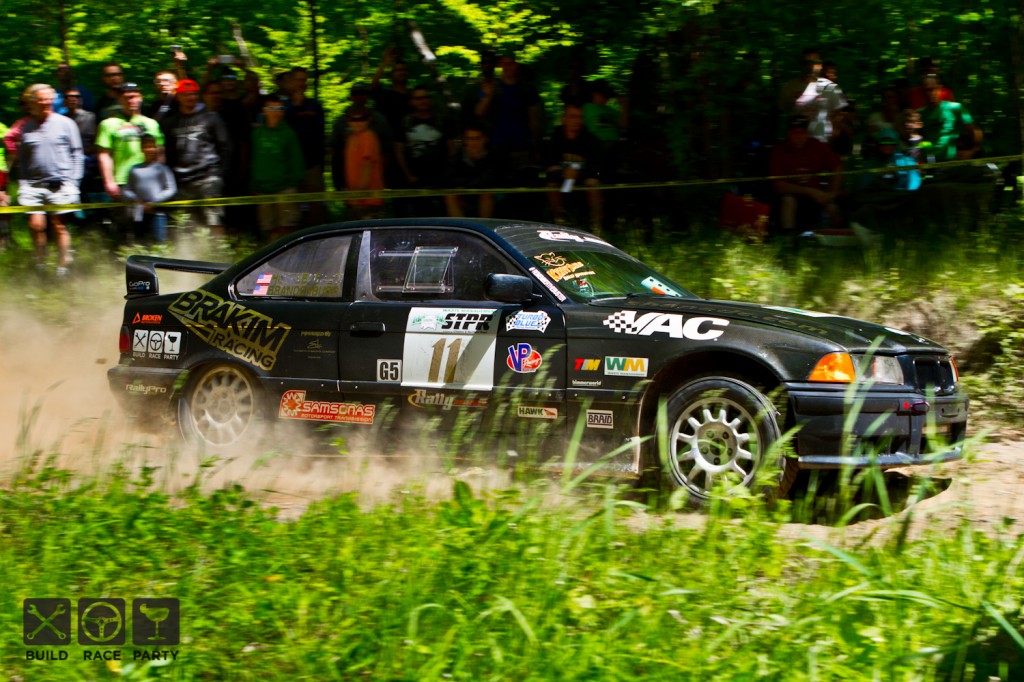 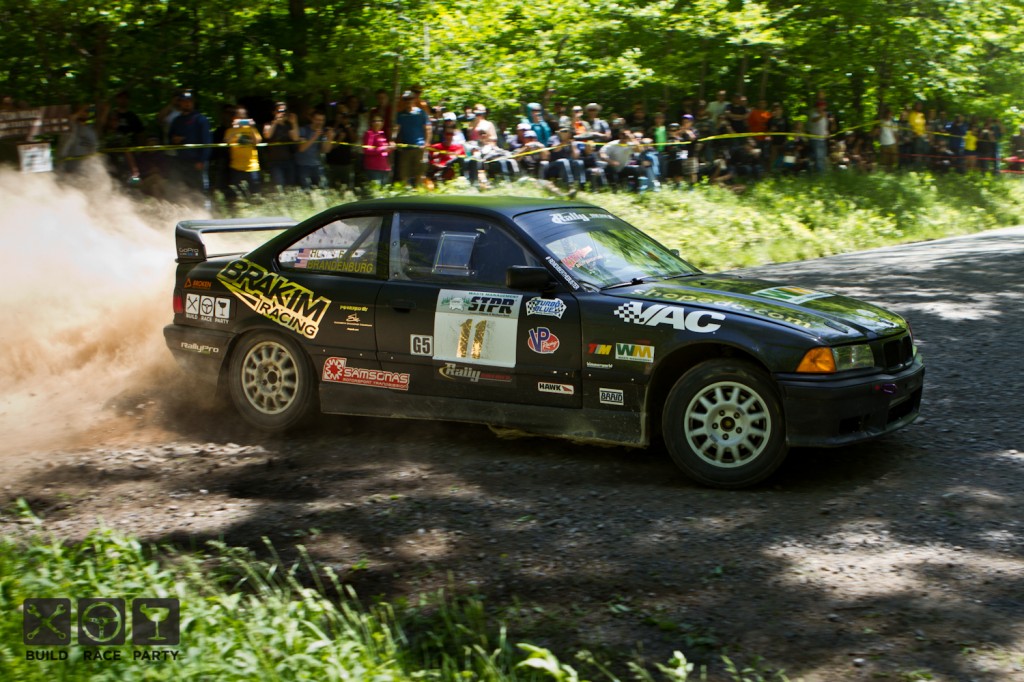 After the stage the team inspected the car and found the rear driver’s side strut completely missing. 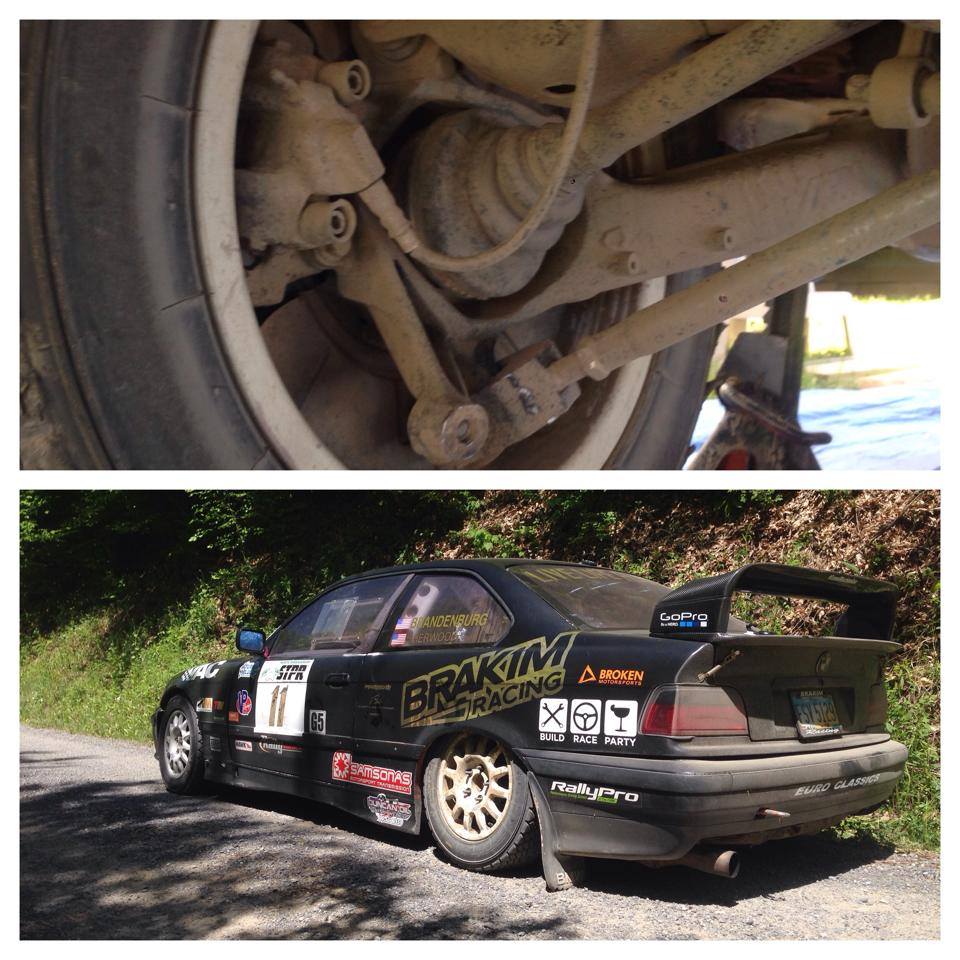 Matt blames the issue on the inherently weak single shear mounting point on the e36 BMWs lower strut mount on the rear control arms. Jeff Reamer of 31 Motorsports was cool enough to offer the team a set of Ohlins so they could continue on. However having realized the struts were made for a subaru and required mounting fabrication that may or may not work and would have taken at least 45 minutes to build and install leaving them time to only finish the last 3 stages at best the team decided to go in the woods and hunt for their Reiger racing suspension strut which is costly and laying in the woods around the cliffs of stage 7. After 2 hours of searching the team found the strut.. sort of 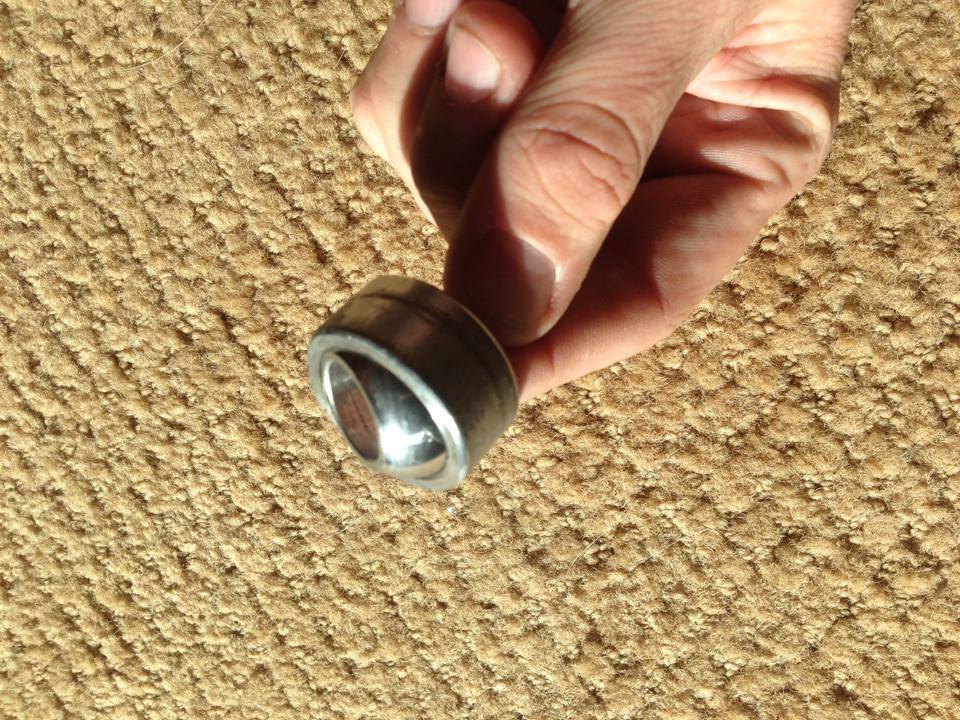 A few stages later Jeff Reamer on ss14, met a much more severe and abrupt end to what had been a spectacular rally, when his car rolled.  Both he and his co-driver are OK.

SS12 hairpin at the spectator point: 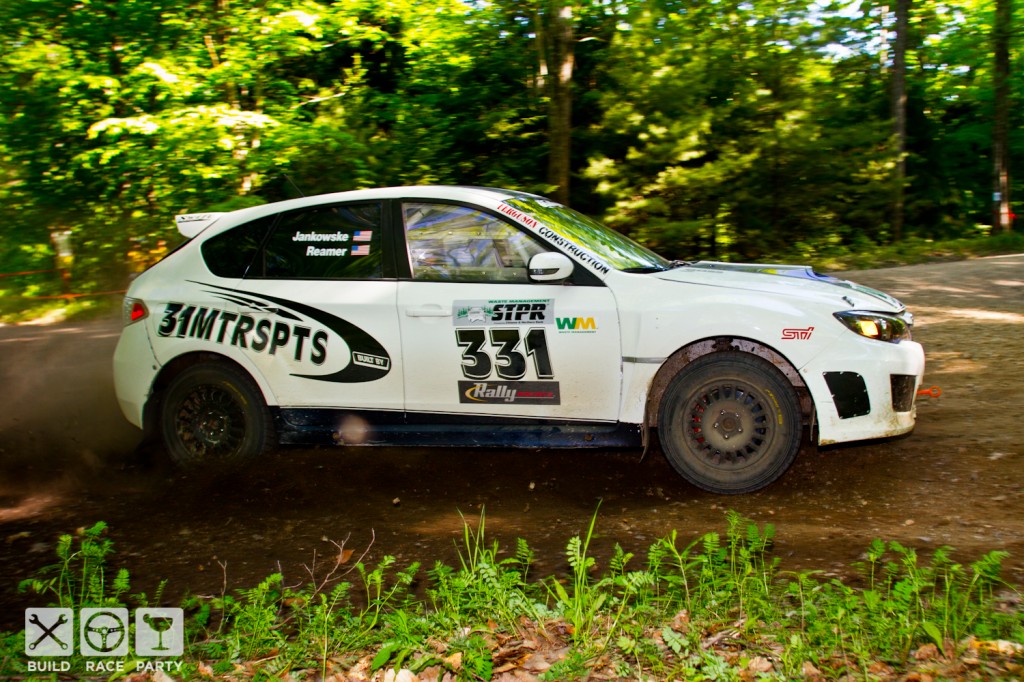 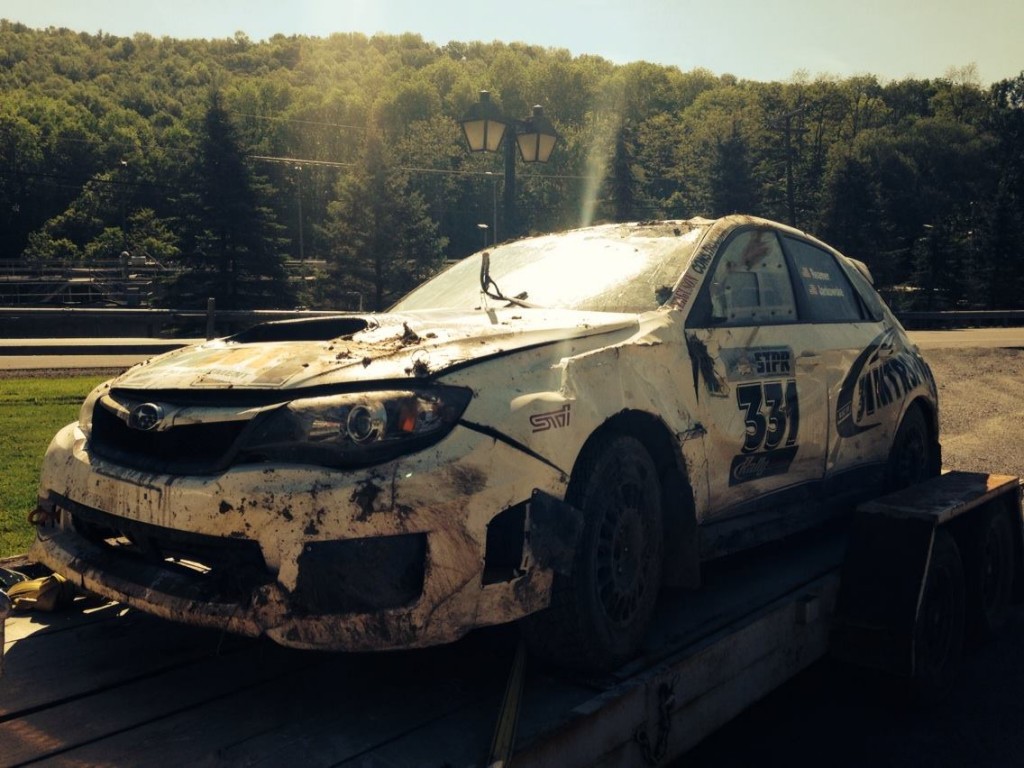