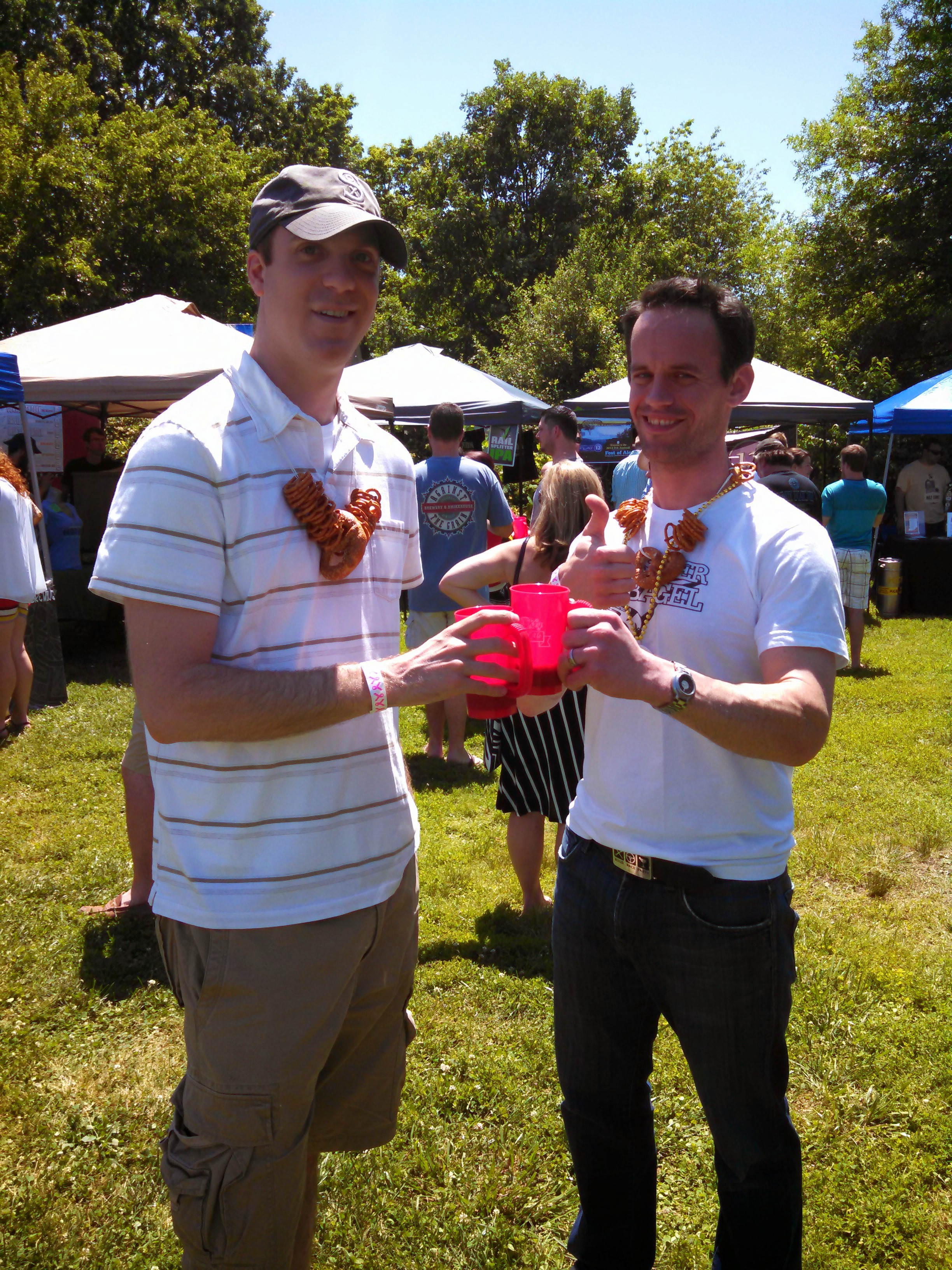 What are you doing this weekend?  If your first answer isn’t “working on my car, “racing,” or “watching a race” chances are there is a beer festival near you and you should make it a point to go.

Beer festivals are just that: a festival of all the hoppy, malty goodness that comes from years and years of practice.  While you will likely find some of the mega-breweries at a festival near you, these are meant to celebrate the little guy who just a few months back decided he (or she) wanted to grow from the mash-tun sitting in the corner of their garage-based brewery to do something bigger. To share what they have been crafting and enjoying with the world.

Sometimes these micro-brewers find success (see New Belgium Brewing Company, for instance), while others fail. Oftentimes the failure is due to just shitty beer, but more often than not, it’s the inability to build a brand in a market controlled by giants such as Anheuser-Busch Inbev or MillerCoorsMolson (or whatever they are called these days). Occasionally, one of these large companies serve to help the smaller guy like in the case of Boston Beer Company (aka Sam Adams) with its Longshot Competition, but its a rare thing indeed.

Anyway, you should take a step outside your norm, put down that color-changing can and try one of your hometown (or regionally local) brews today. And, the best place to do that is at a beer festival where they will likely be demonstrating their best or difficult to find styles.

Below are some tips to know before you go:

– Get tickets in advance. Many festivals sell out and sell out quickly.

– Prepare your liver (or your body any way). Eat something hardy before going. The pours are small, but these beers are typically stronger than lighter, American beers (if that is what you are used to drinking).

– Pretzel necklaces. Why in the hell have people been pining for pearls all these years? Pretzel necklaces are a must have accessory for beer festivals, and I think they should be a requirement for grade schools / hungry wives / MMA fights.

– It’s a marathon not a sprint. As tempting as it seems to hit every beer type and booth at the offset, as mentioned before these beers are closer to wine in alcohol content and will flat-out kick your butt if you look at them funny.

– Try something new. Go outside your comfort zone and get an IPA or a Bourbon Barrel-aged something or another. If you don’t like it, you won’t have to worry about making the beer gods mad if you pour it out as there is only a small amount in your cup.

– Have fun and for godssakes have a designated driver get you home!