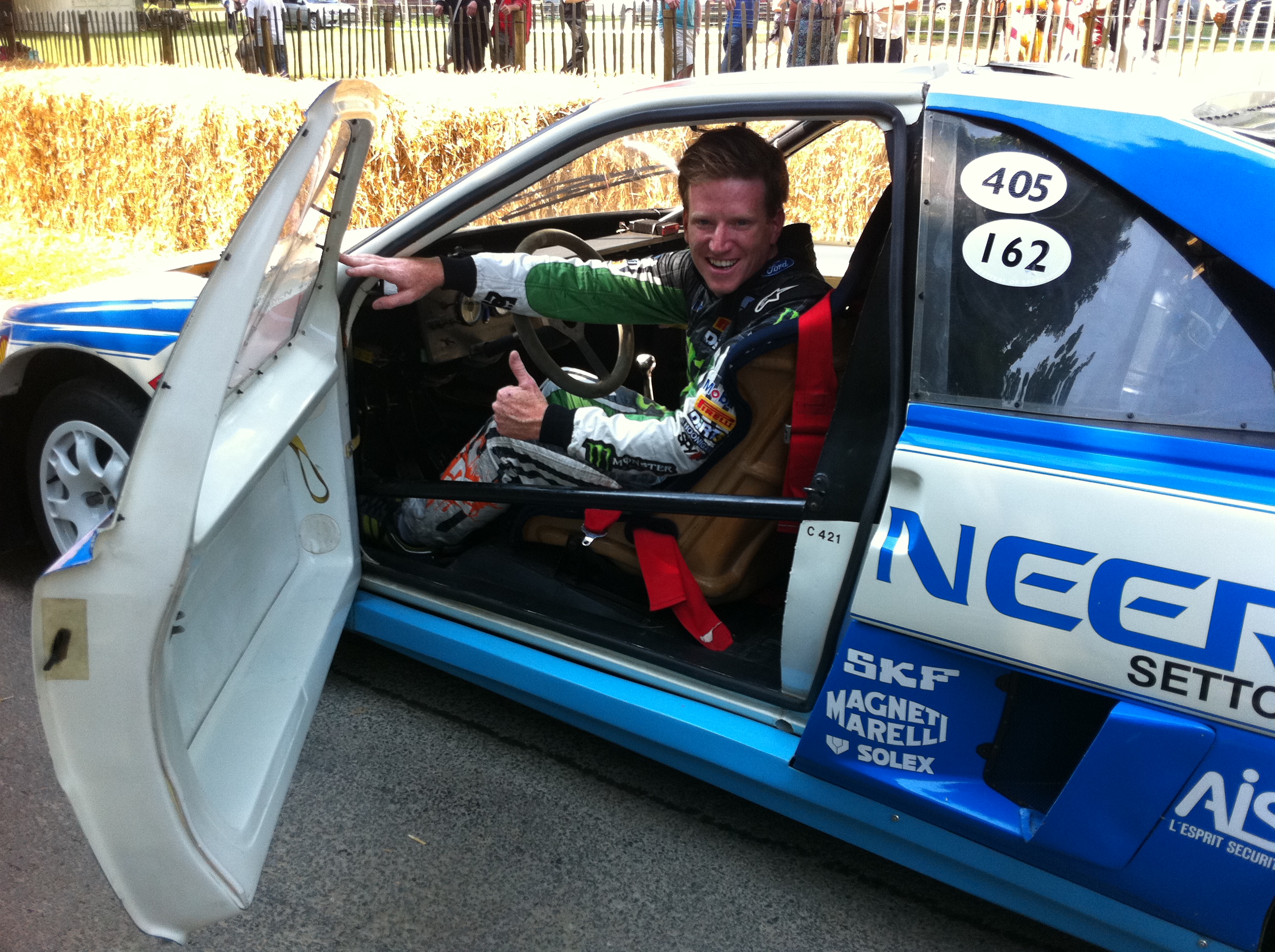 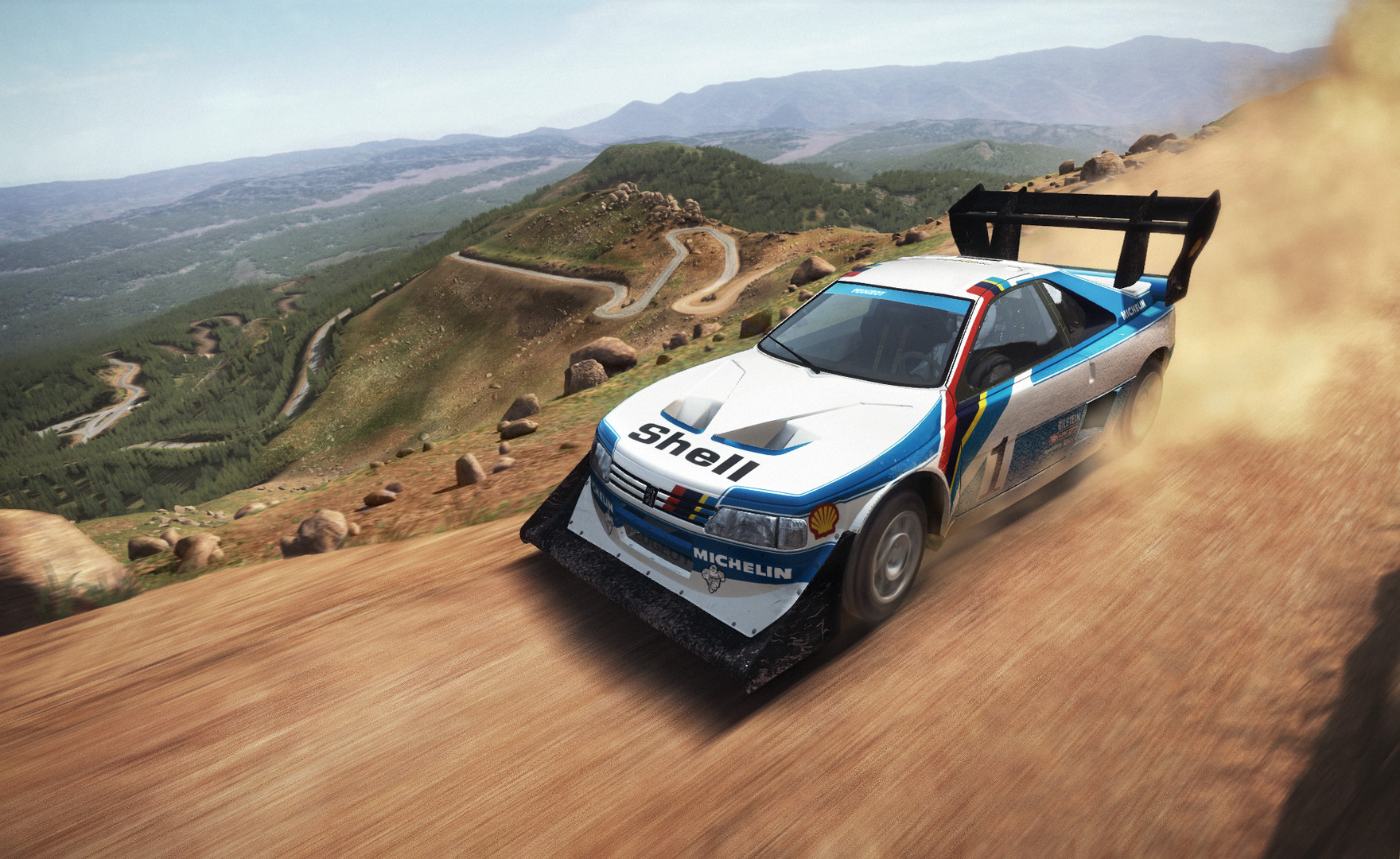 Over 600 horsepower and under 900 kilos. That’s 1,984 lbs for everyone using the new method. Less than a 3:1 power to weight ratio. But it doesn’t stop there. Rear steering. Huge wings. This car was built for one purpose, to win the Pikes Peak International Hillclimb. Even cooler is that they knew those days were special. Something you can’t ever revisit later in life. Ari recounts the preparation leading up to the race.

“One thing I’ll remember forever was an occurrence during our preparations in Colorado. We prepared the cars in a workshop in an industrial estate, where it was possible to do a quick roll-out on a closed-off street. Jean Todt sat beside me in the car, but of course there was no passenger seat. The car’s acceleration on tarmac (0-200 in under 10 secs) had made me think that this is how it must feel to be catapulted off the deck of an aircraft carrier! Jean tried to hang on to whatever solid objects he could find inside the car, but when I stamped on the pedal he just disappeared from my peripheral view… getting squashed against the firewall in the back!”

I think its pretty cool that I got to sit in it at the Goodwood Festival of Speed.

You learn a lot about a race car when you sit in it. First off, look at those doors. Peugeot took the time to mold the inside as well. You sit down and immediately realize how comfortable this car would be to drive.  The steering wheel is in a normal position and you sit where the regular passenger road car seat would be. This is pretty much the view from the drivers seat. You sit relatively high and can see easily over the dash. If anything, the dash is a little small and below your field of view but its a really nice way to drive. 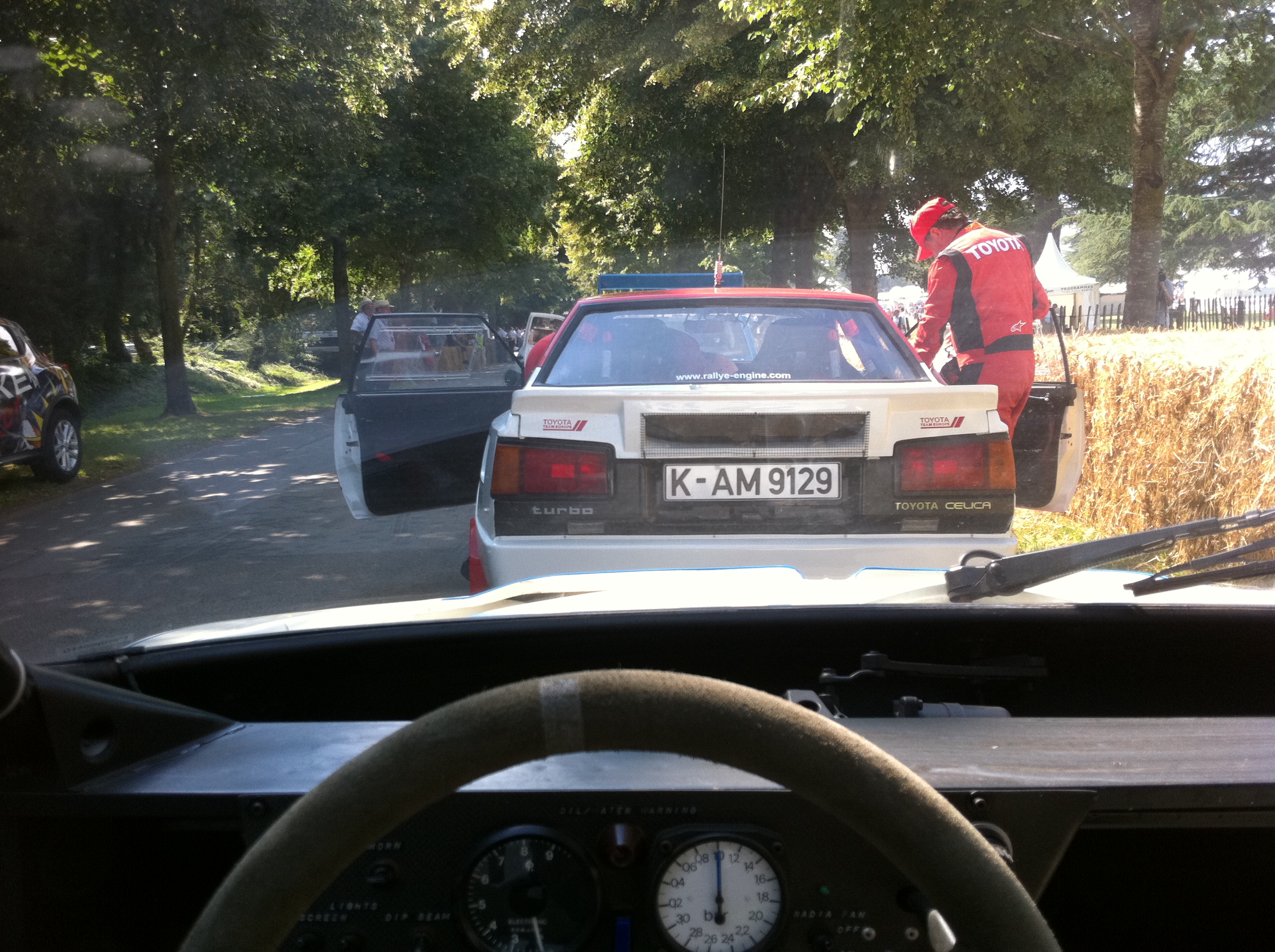 I guess I expected more high tech stuff on the dash but it was 1987. The bolt in boost gauge is awesome. Like right out of a fighter plane. Interesting that they left the radiator fan on a manual switch. I wonder if this the same steering wheel he used back in 1987? I bet it is! 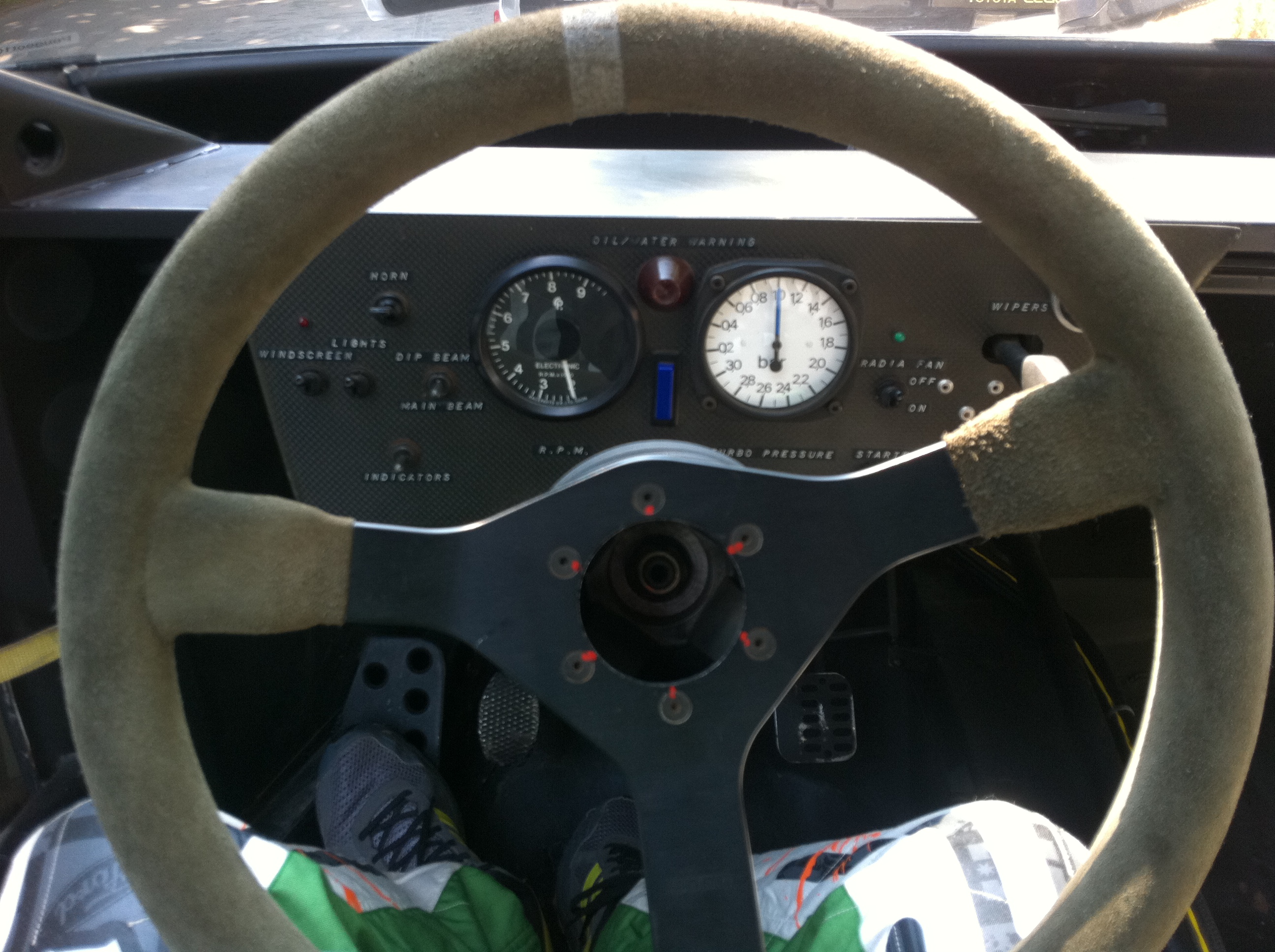 Check out the old Halda rally computer. I forgot to look to see what the co-driver’s gauges were for though. Any thoughts? 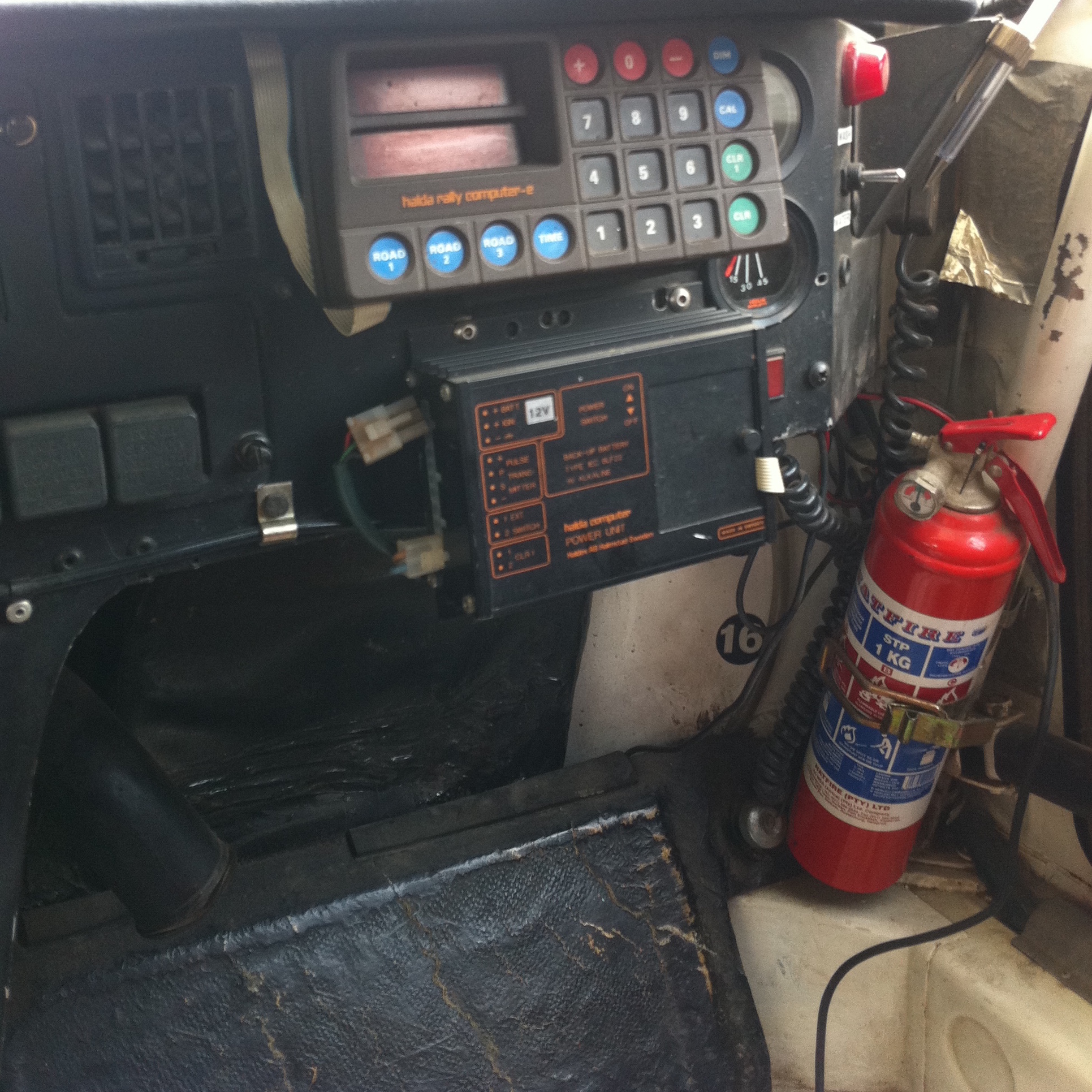 And yes, this is the car from Climb Dance that Ari won Pikes Peak with. You can see the tech sticker still on the door and I asked the owner to be sure. The massive rear wing gives it away but you never know these days. What was state of the art in 1987 can be readily fabricated today. 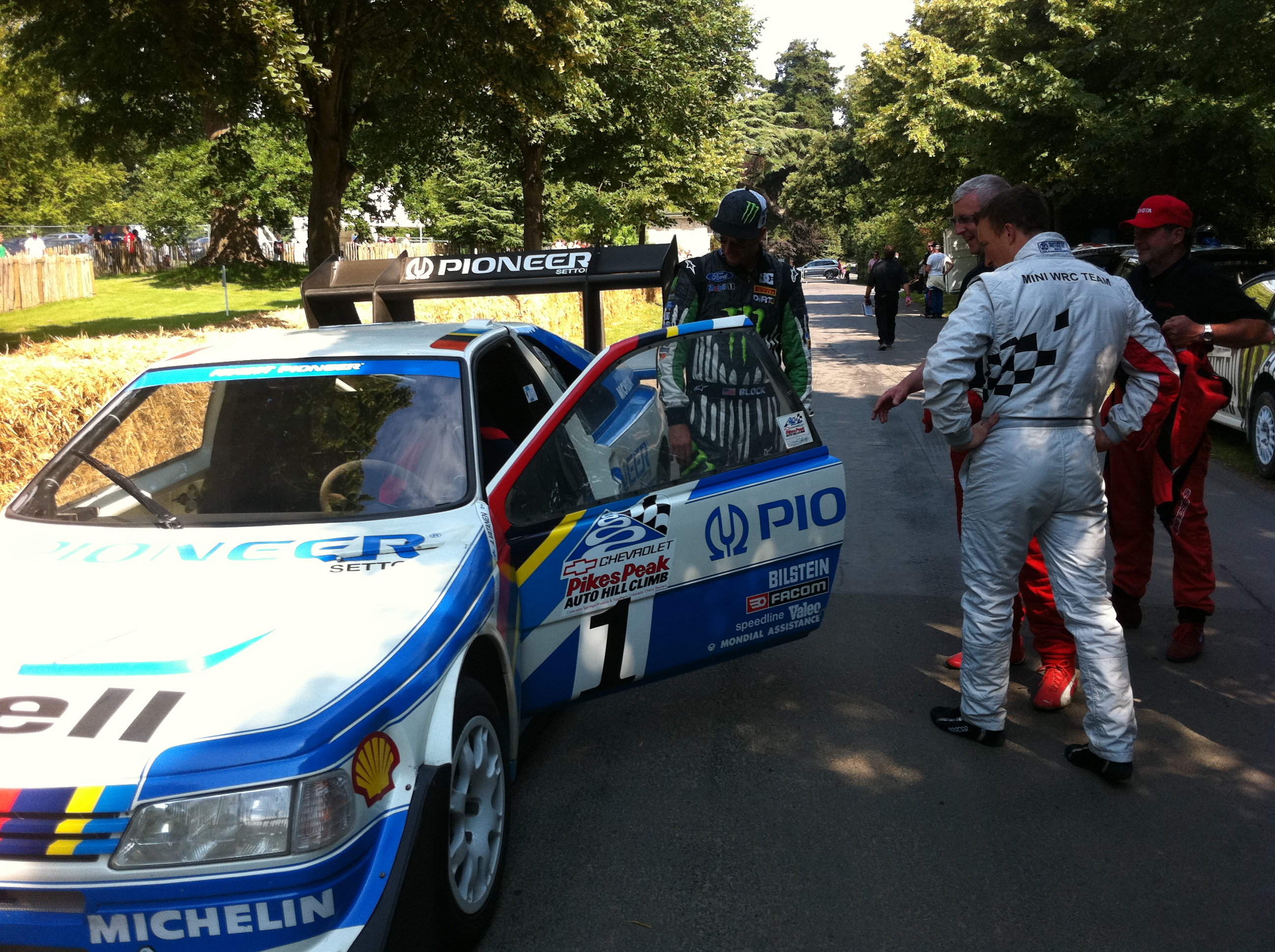 They got something right in the industrial park because Ari was on fire in 1987 and won with a time of 10:47.220. You can tell Ari is hustling in the Climb Dance video  but he does kind of make it look easy. Flicking the little mid-engined monster from corner to corner. Apparently there were some issues he was dealing with that I never noticed in the first 1000 times I saw Climb Dance.

“Watching the Climb Dance video you can hear me playing with the clutch. It was necessary to do that to maintain sufficient turbo boost. If I’d changed to a lower gear, all four wheels would have just spun insanely. In my younger days I had had to play with the clutch because of a lack of power, but now I had too much of it!”

Here’s a shot of the rear steering linkage running right town the top of the trans tunnel through the rod ends. When you turn the wheel you can watch the shaft rotate right there in the cockpit. Super simple. Really effective apparently. Also interesting are all the yellow wires which look like thermo sensor couplings for data acquisition. Interesting that back in 1987 the sensors stayed in the car but not the computer. Maybe it was a rule issue but still cool to see something so simple today that was so high tech thirty years ago. Now I want to see the underside of this car and all the suspension. If anyone has pictures please send us the link. 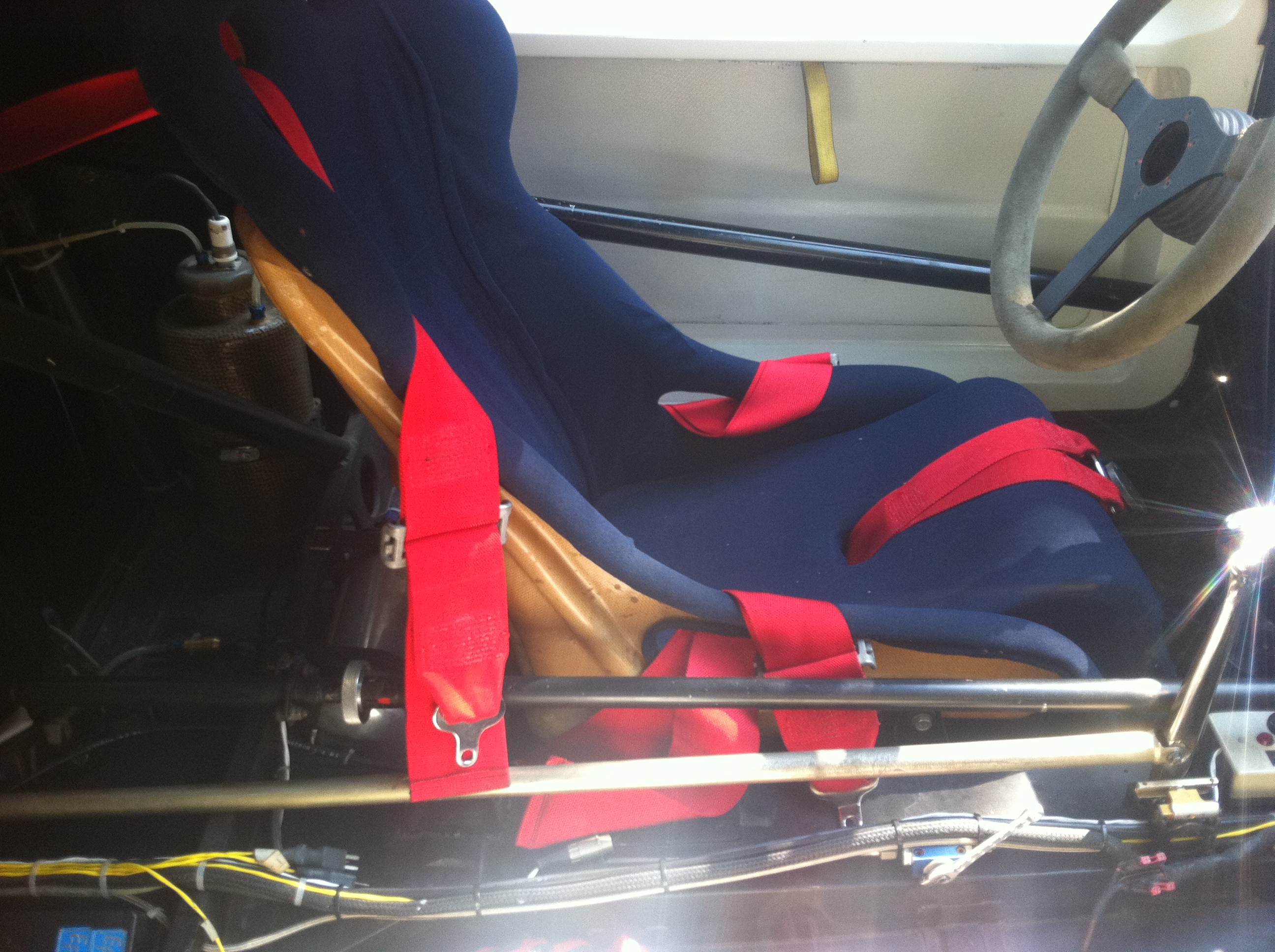