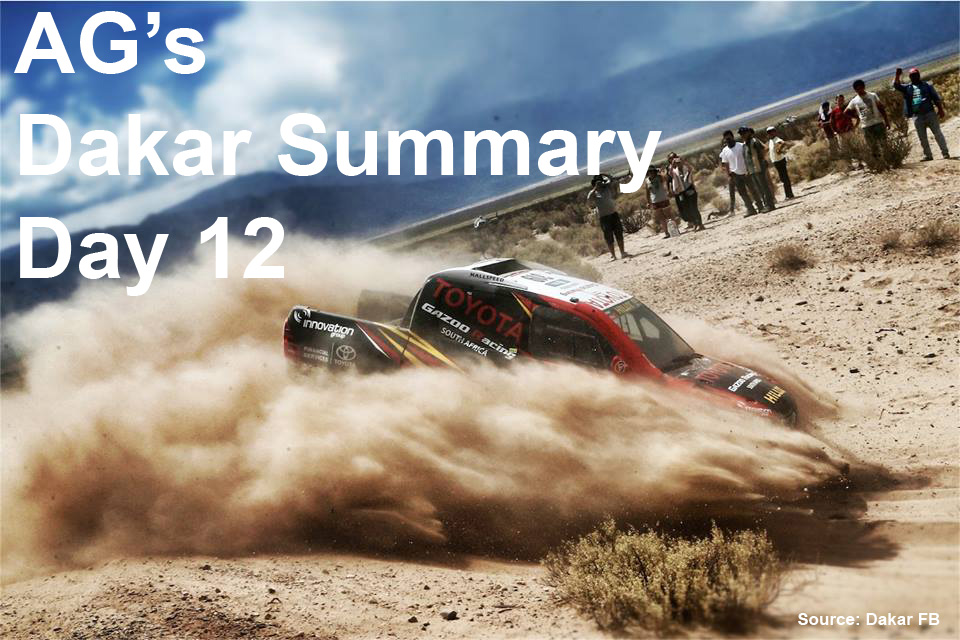 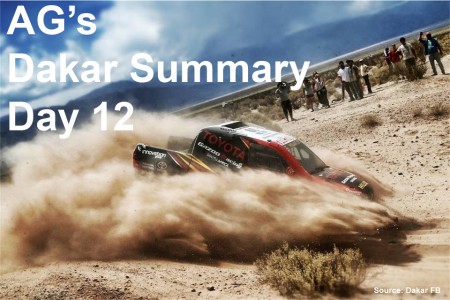 The stage started on time, nice to begin the day with no drama. Huge stage today. about 900km total travel distance today, with 481km of special. Three hundred miles would be like doing two to three US national events non-stop in one day. They get a gas stop halfway through.

Mountainous narrow roads today. So narrow, in fact, that the big trucks can’t even do the whole special. They have a slightly different route scheduled.

Laia Sanz is tackling this penultimate stage, the longest of all the stages of the rally, with a broken collarbone. GLADIATOR!!!!

Wow Toby Price loves to open stage. He started second on the road today. He COULD have just shadowed Meo and been three minutes up. But nope! Passed him and is breaking fresh tracks at the front. By the end though, he dialed back and strategically dropped seven minutes. No worries, there’s only one more day.

Rider #106 Ian Blythe ran out of gas 12km from refueling. A tow, if he’s lucky. The bikes are required to be able to go 250km +10% (so, 275km) on one tank. It turns out that he had split a fuel tank during a minor crash earlier in the stage and not realized he was leaking fuel.

Fortunately his Rally Pan-Am team-mate #105 Scott Bright was able to catch up and tow him to the control point, where they could refuel him. Ian lost over an hour today due to this mishap, dropping him two places in the overall standings, but fortunately still comfortably inside the top 30 in 27th place, going into the last day.

Very poor situation for one of the riders: Duclos took off his helmet to make a repair, and when he was ready to resume, his helmet had been stolen. He lost an hour trying to get it back. Local twitter usage finally got word to someone, apparently, who knew where it was.