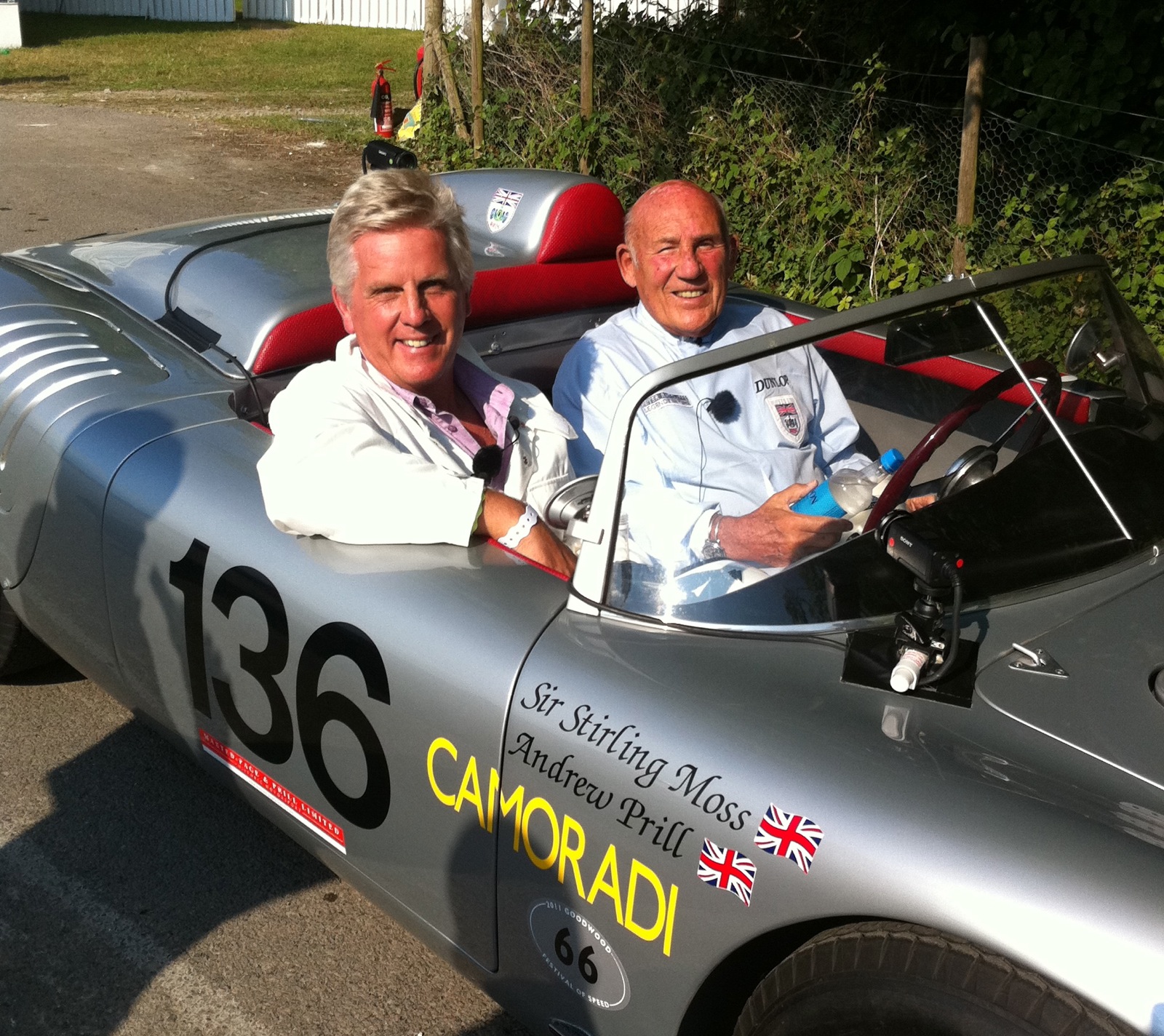 What would you say to Stirling Moss if you got the chance?  To the winner of the 1955 Mille Miglia? I told him it was one the most amazing drives I’ve ever read about. But I could tell he was tired of telling the stories over and over again so I decided to tell him mine. I explained that I sold my life rights to Jeremy Renner and that Paramount recently announced they were making a movie out of it. I explained that one of the next car racing movies from Hollywood would be about me building a rally car in my mom’s garage and finding a way into the World Rally Championships in Mexico only 9 months later. 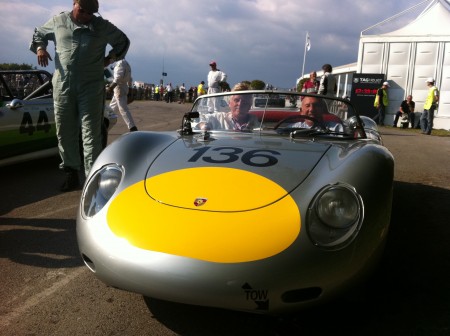 He asked some questions and I assured him that the movie would be all right because the guys I’m working with get it, and they have seen Le Mans, Grand Prix and the Making of Grand Prix. They promise me that it’s going to be a real car movie.  Not one where the guy hits the nitrous button continuously while making nine gearshifts during a quarter mile run. Stirling had this frown on his face, so I asked what was wrong? Didn’t you like Frankenheimer’s Grand Prix? My recollection of his response was “Rubbish.” He went on to say that all racing movies were horrible, that not one of them has ever captured what it is like to strap into a machine and do battle with other men at high speed. I guess he is right, I just never thought about it that way.  But I was a little disappointed. I love the movie Grand Prix, and recently watched Le Mans and had forgotten how much I love the racing scenes, which make up almost the whole movie.

So I argued with him. Yes, I talked back to Sir Stirling.  I told him he was wrong.  That car-racing movies aren’t rubbish because it’s the closest to racing that some of us will ever know. I explained how I wasn’t around to watch him win the Mille Miglia in 1955, or to see the Grand Prix Movie era of car racing. And that to some degree these movies started my love affair with racing that got me watching modern day F1 and eventually led me to build my own car so I could race too.

He thought about that for a few seconds and then nodded his head. Said that he didn’t think about those movies that way, but that they do serve a greater purpose. He seemed concerned that at some point they will be the only records left of that period of racing. I reminded him that the books would always be there for those that want a better look of what was really happening at the time. He smiled and we shook hands and I ran off to catch a ride down the hill in Jim Hall’s Chaparral. 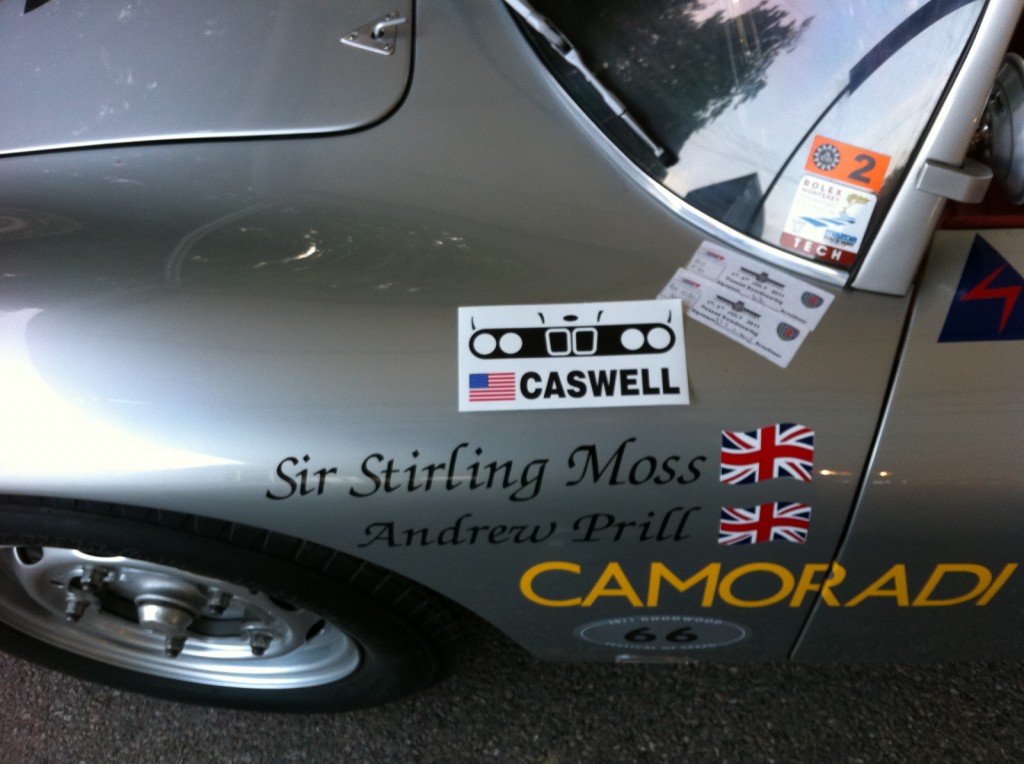 I did have two more encounters with Stirling that weekend. I found him later and gave him a stack of my Caswell stickers and my business card which has that Baja1000 thing I created from a BMW 3 series on it. He looked up at me and said, “what is this?” I told him I built from a 1980’s BMW 325 for the Baja 1000 but I only made it 185 miles before I broke it. His response. “This car actually exists?” Yep, and I built in 14 days. He smiled and shook my hand and said nice meeting you, good luck with the movie. It was really cool. But I wasn’t done. I wanted a picture of Stirling’s famous Porsche with my sticker on it. 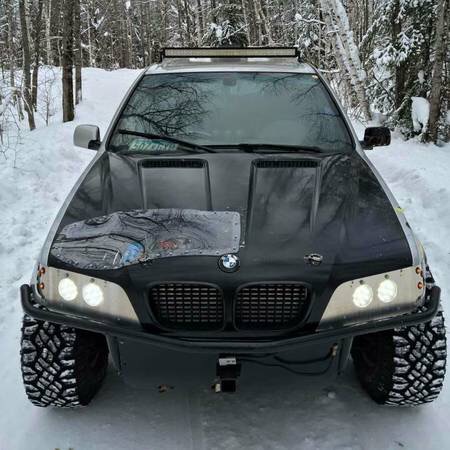