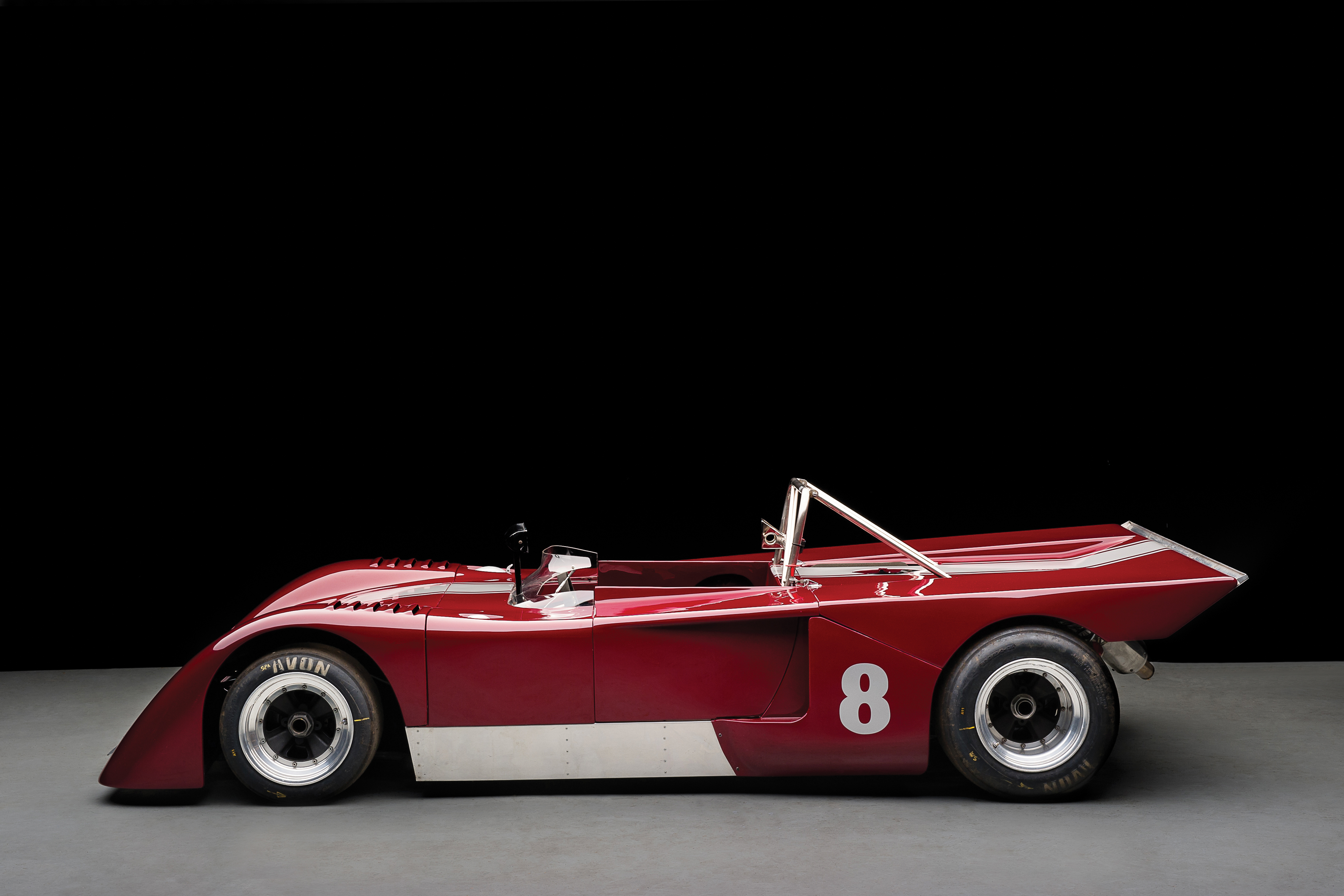 Founded in 1965 by Derek Bennett, an engineer turned racing driver, success came quickly for Chevron, and the company introduced the B19, their third 2-litre car, for the 1971 season. The B19 followed Chevron’s highly successful and striking B16, and it brought the company many more podium finishes and race victories, adding to the company’s short but illustrious history. 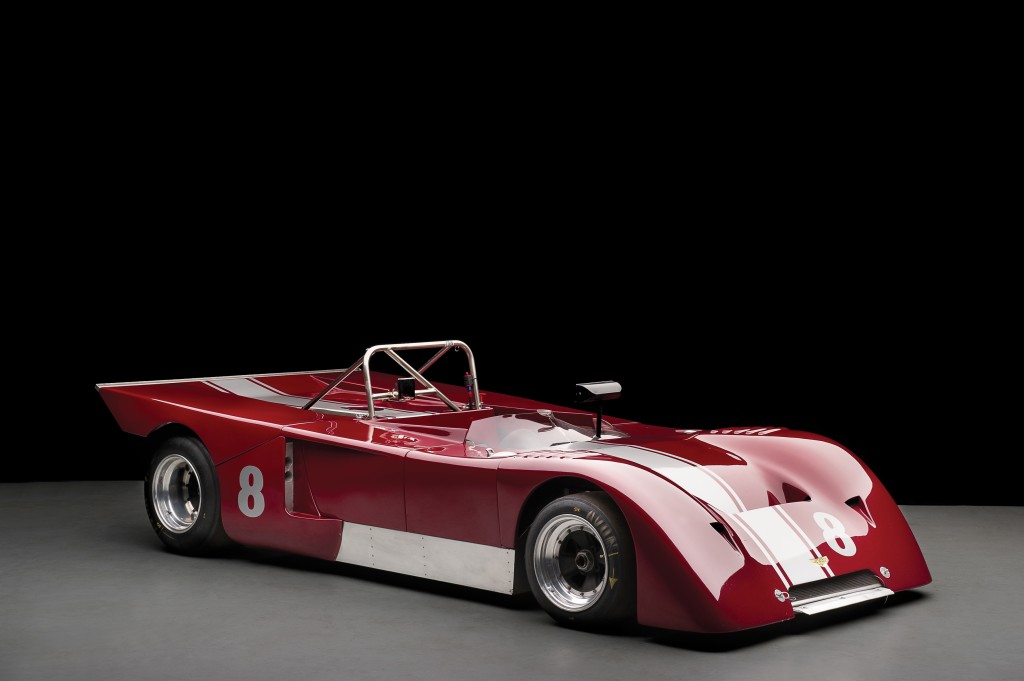 Given Chevron’s past success in sports car racing, the B19 was expected to carry on the trend. As it was powered by a Ford Cosworth four-cylinder engine, the feather-light B19 didn’t need much to propel it around the track. With excellent weight distribution, the Chevron was quick, it handled fantastically, and, with Brian Redman driving, it beat Jo Bonnier’s Lola T210 in the 1971 European two-litre Sports Car Championship in its inaugural year of production and competition. 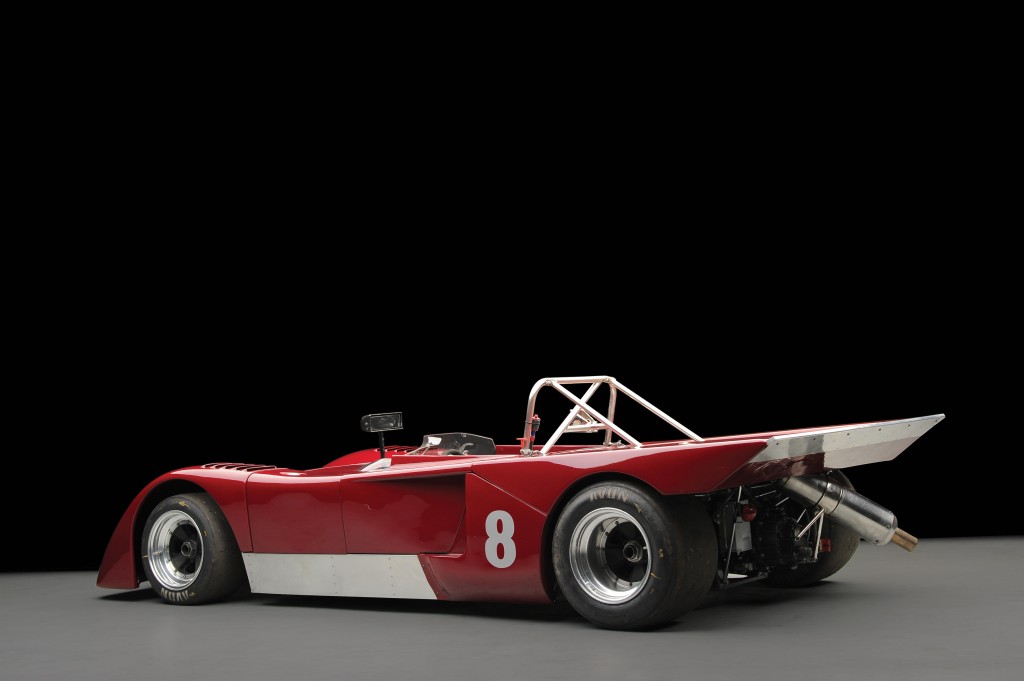 This particular B19 has seen competition on many European race tracks. It was first raced in 1971 at the BARC 1000, and then the car was returned to the factory and sold to its second owner, Austrian racer Heinz Derflinger, who drove the car that year in the European two-litre Championship. The car was sold again in 1972, to Jorg Zaborowski, for use in Interserie races, and it was later updated to B21 specifications. Zaborowski crashed the car at the Nürburgring in 1972, and he decided not to race it again. Zaborowski eventually re-built it and sold it to Kent Abrahamsson, in Goteburg, Sweden, in 1997. B19-71-03 was then sold to Nigel James, in the UK, in 2008. James fully prepared the car and returned it to B19 specifications, obtaining an up-to-date Historic Technical Passport for it in the process. 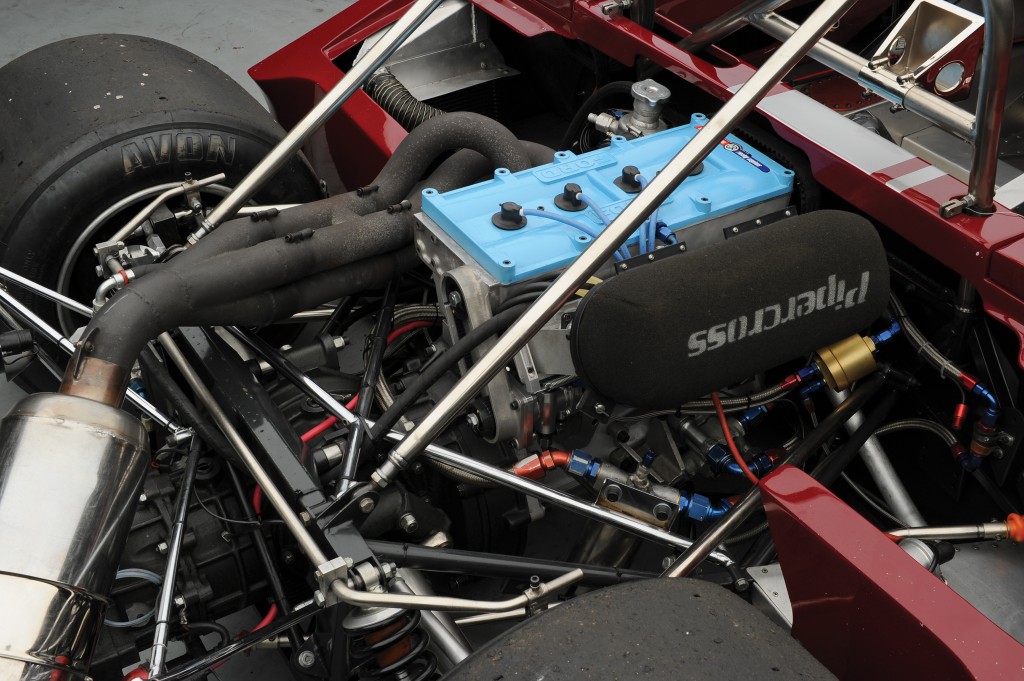 Purchased to be part of the Laidlaw Competition Car Collection in March 2011, it was immediately handed-over to the well-respected team at Simon Hadfield Motorsport to bring it up to the impeccable standard expected by Lord Laidlaw. Painted in the Laidlaw livery of burgundy and silver, the car found itself back on the race track at the World Sports Car Masters at Cataluña and the HSCC Martini Trophy at Silverstone in May of 2011. Later that year, the engine was replaced with a new Geoff Richardson BDG engine that was built to factory specifications, and today, the car remains in race ready condition. Included in the sale are numerous original documents, purchase agreements, period race photos, and invoices from the restoration and rebuilds. 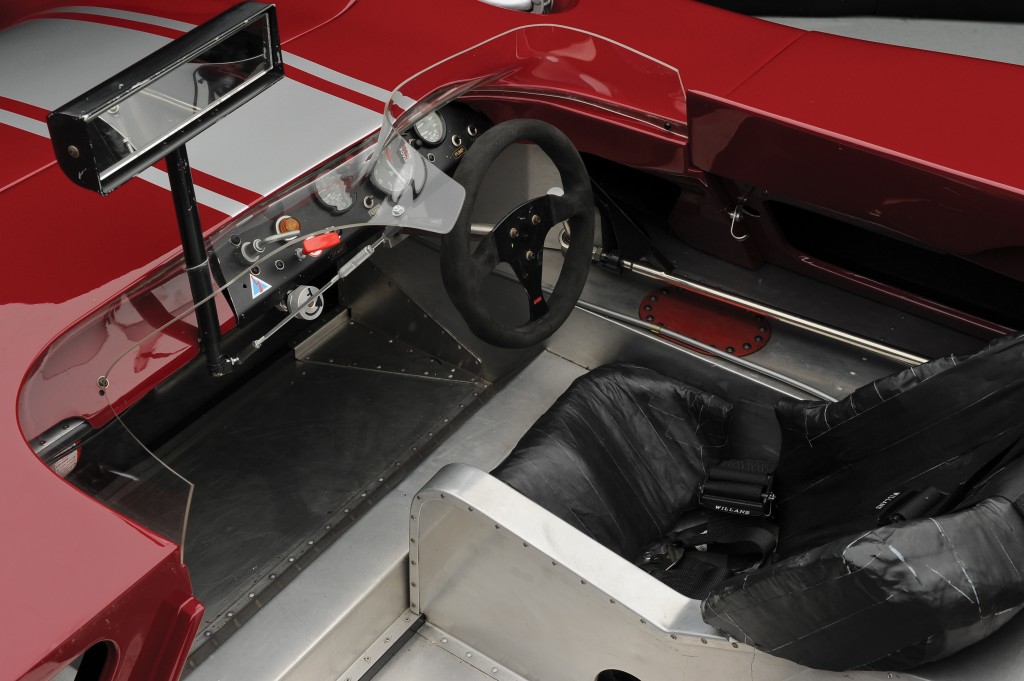 With a production run of just 36 examples, the B19, Derek Bennett’s most successful car, is rare and competitive. The majority of those produced still see use today, testifying to their fantastic driving characteristics. Many successful drivers saw time at the wheel in the B19, including Formula One greats Niki Lauda and Jody Scheckter. In excellent mechanical and cosmetic condition, the Chevron offered today from the Laidlaw Collection offers the next owner immediate entry to many exciting race series, including the HSCC and Masters race series in Europe. 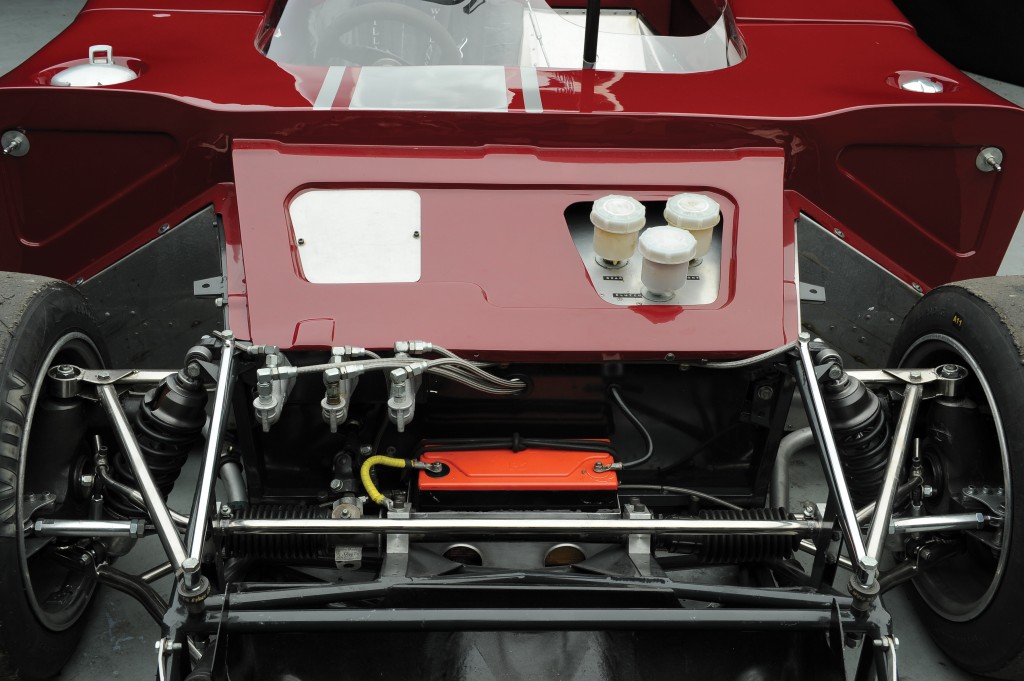