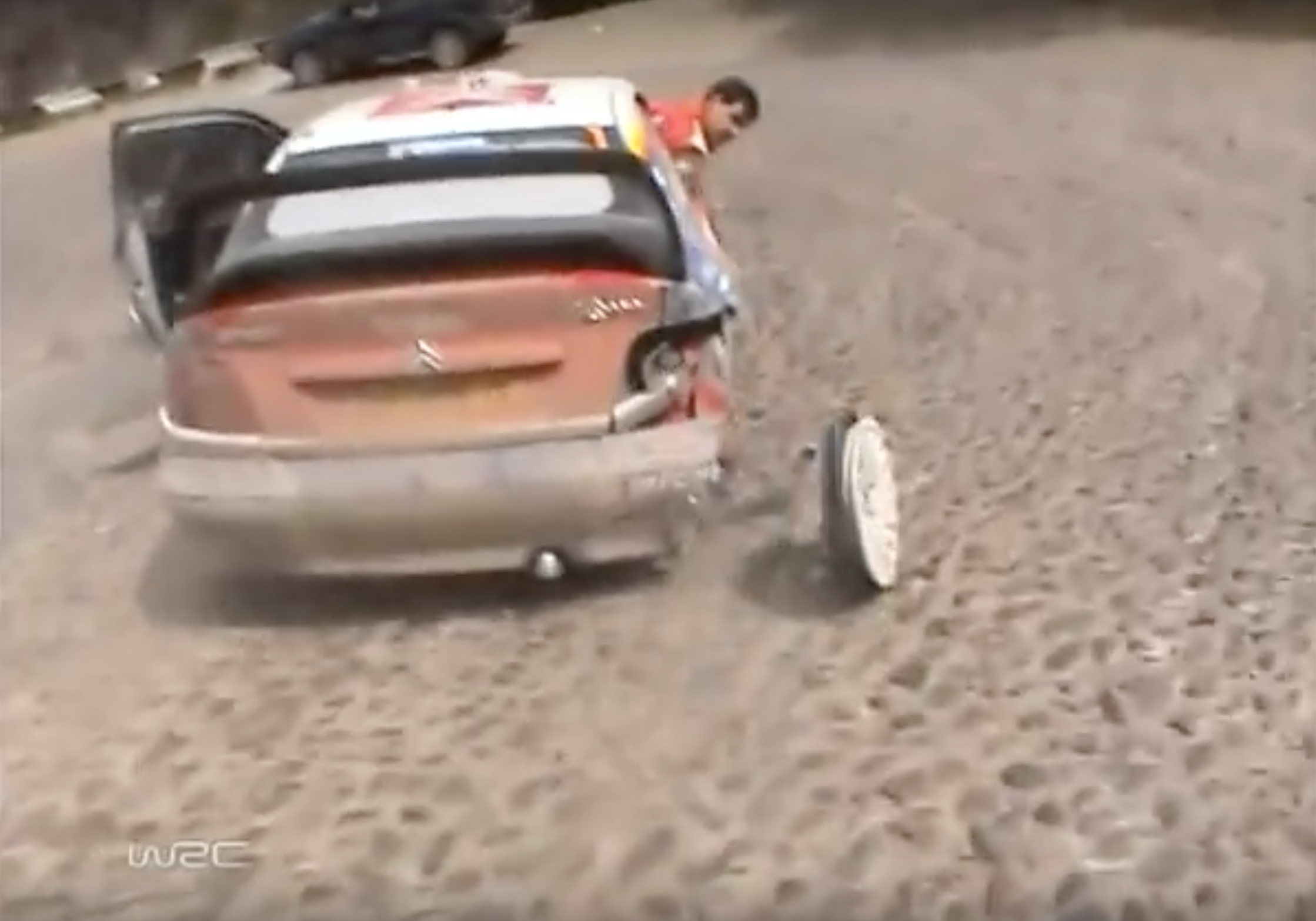 There are so many reason why racing in Mexico is awesome. Most of them start with Baja but there are tons of other events in central Mexico as well. Races like the World Rally Championships. If you watch the WRC, you’ve probably seen a destroyed rally car limping its way through public streets to the service park. Usually the Police catch up with them and prevent them from driving on say three wheels with your co-driver hanging out the window for counterbalance and end their race on the spot. 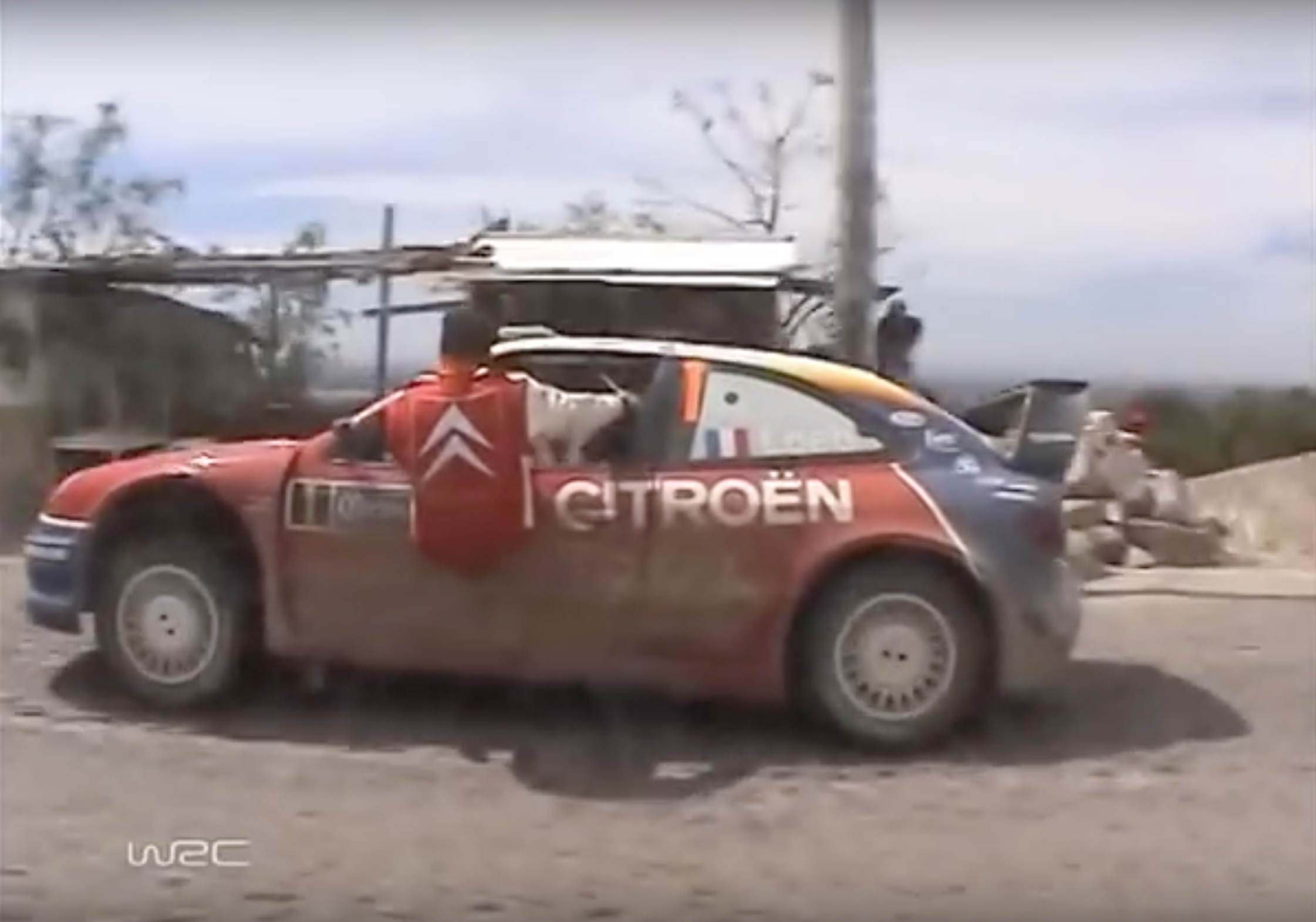 Sebastian Loeb had a similar incident at WRC Mexico 2005 but with a much different outcome. He bent some suspension, punctured a tire, and eventually the wheel disintegrated and left the car. With one wheel missing, the only solution was to counterbalance it with the co-drivers body out the drivers window. Good thing the cars weight balance was pretty even to start with. 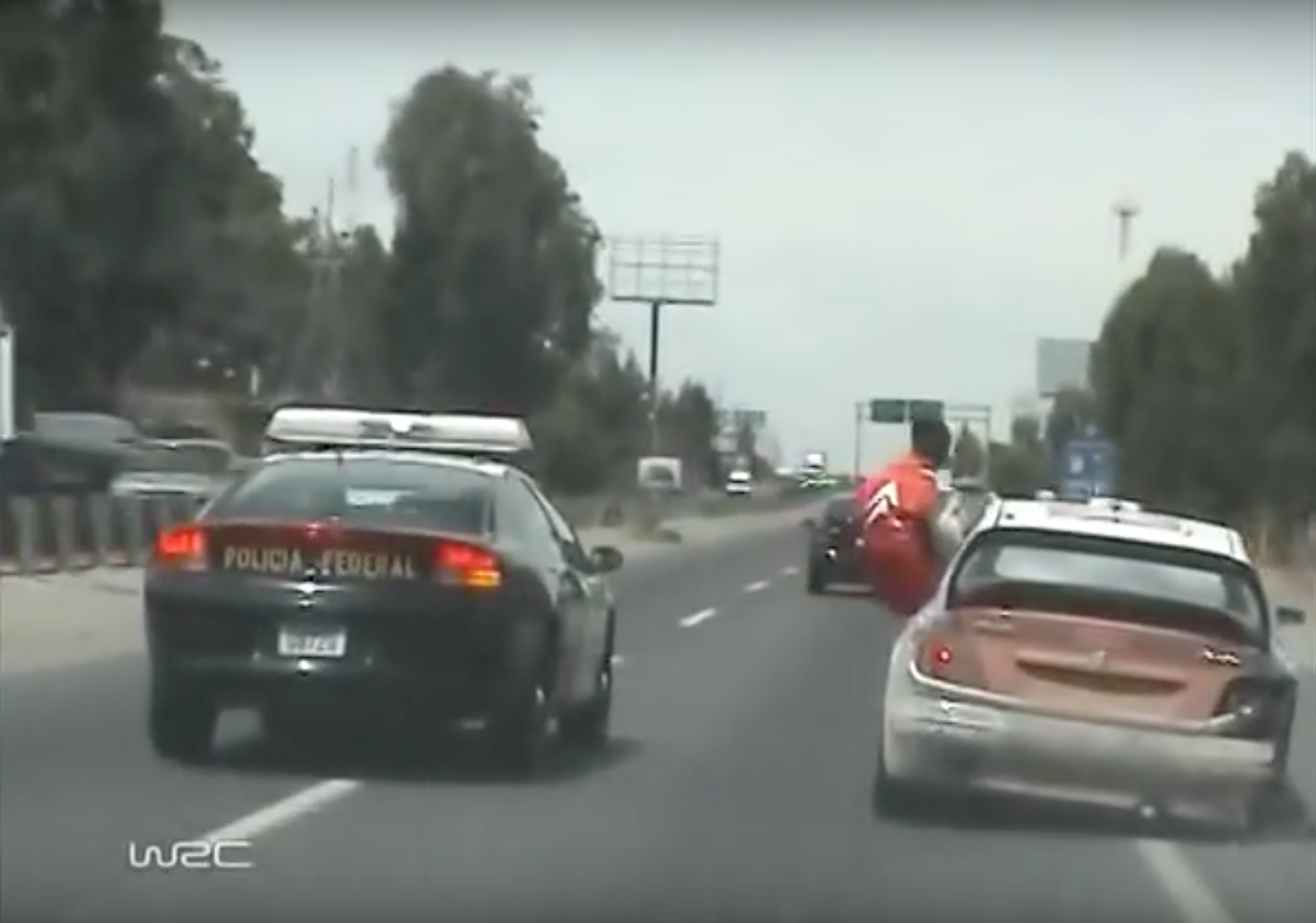 Sure enough, the police catch up with them and pull them over. But instead of ending their race they gave them a police escort back to the service park. Racing in Mexico is awesome. 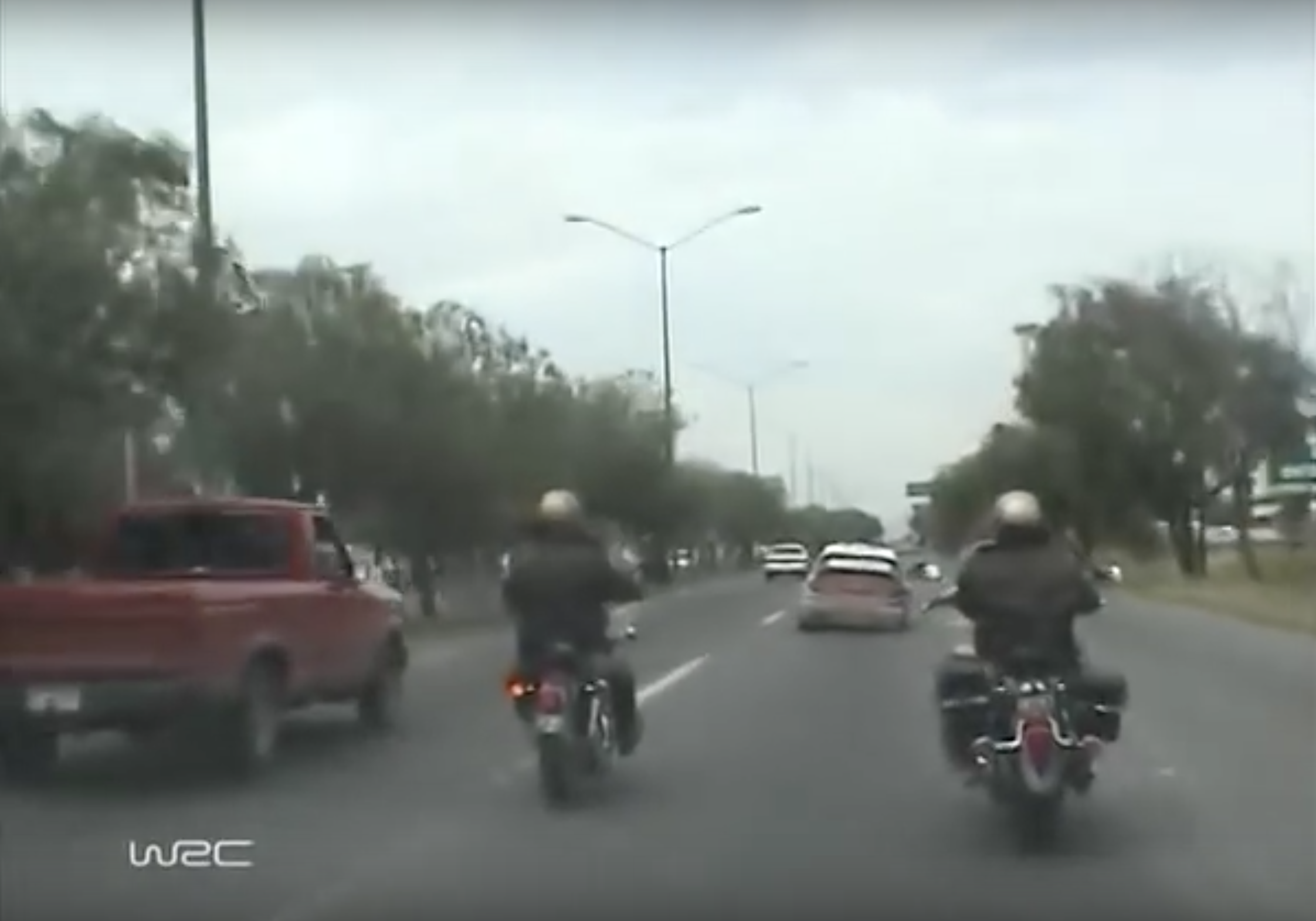