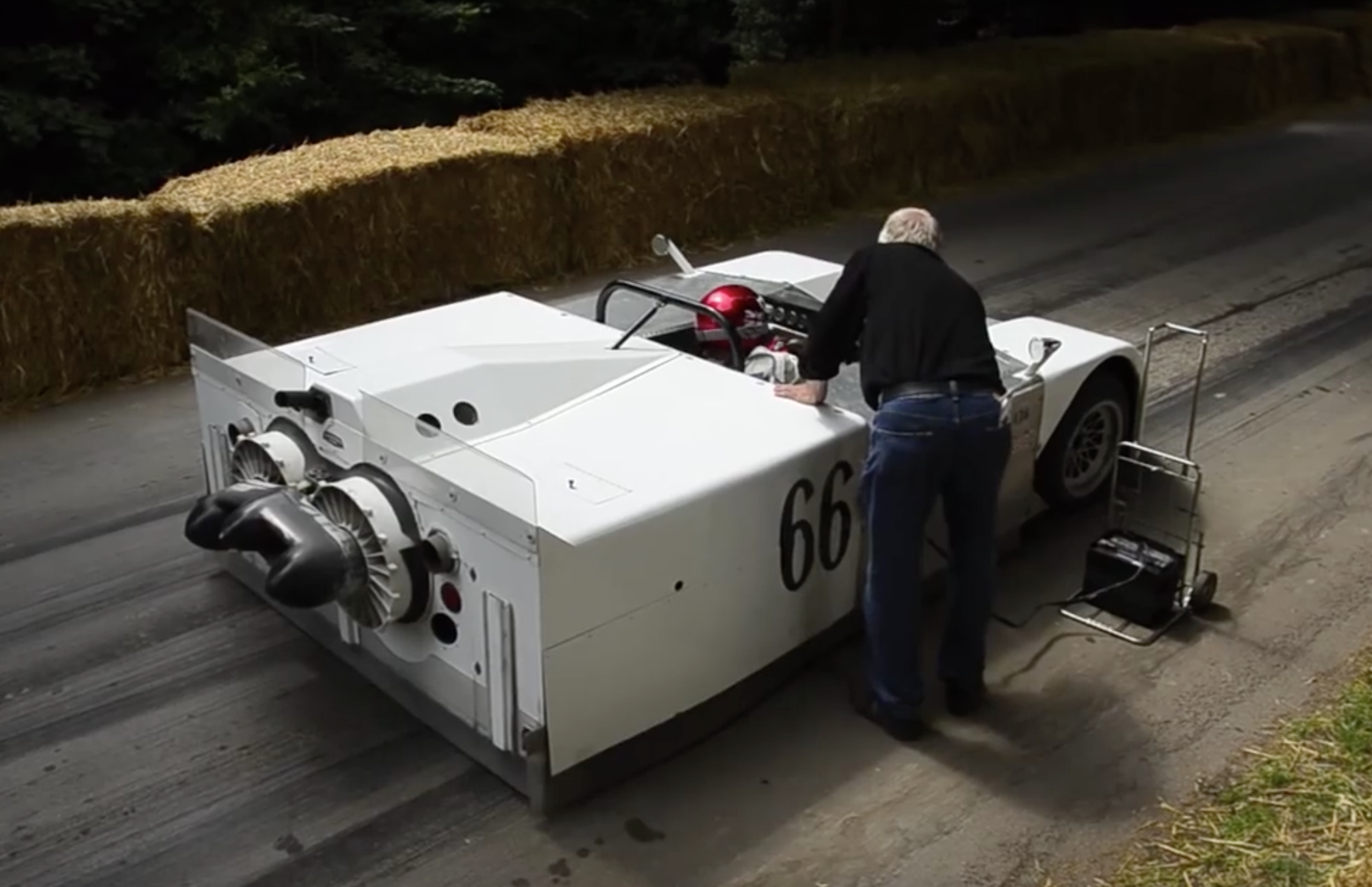 The Chaparral 2J might have some bad nicknames like the sucker car or the vacuum cleaner but the design was so effective that it was banned from motorsport forever. The cool part is that the car got to run a season unlike other designs that get immediately banned because the 2J suffered some odd mechanical failures early on which clouded its true effectiveness.

The design was pretty simple. One engine to drive the wheels and another to power the fan device. Then you seal the whole car to the ground with sliding plates or skirts and let the fan suck the car down onto the ground creating tons of grip. The two fans were sourced from a military tank engine and driven by a single two-stroke two cylinder engine.

While the fans are the key to the design they only work when the car is sealed to the ground. The side skirts were made of Lexan and extended to the ground on both sides as well as laterally on the back of the car, and laterally from just behind the front wheels. The real genius was integrating the skirts with the suspension so the bottom of the skirt would maintain a distance of one inch from the ground regardless of G forces or anomalies in the road surface. This allowed the fans to produce downforce of 1.25–1.50 G of the car fully loaded (fuel, oil, coolant).

Naturally this gave the car kung fu grip. Even better was that it works at lower speeds and was constant unlike a traditional wing where downforce increases as airspeed increases.

The 2J was built for the Can-Am series and its performace was excellent and at times it would out qualifying the entire field by 2 seconds. The 2J only competed in the 1970 season and then it was banned by the Sports Car Club of America (SCCA). Apparently the other drivers were happy because whenever they drove behind it the fans would throw stones at their cars.

A similar suction fan was used in Formula One eight years later on the Brabham BT46B, which won the 1978 Swedish Grand Prix, but Brabham switched back to the non-fan BT46 because of complaints from other teams that the car violated the rules.

Want to see how it works. Check out this video. When they turn the fans on, you can see the car get sucked down to the ground. Very cool.